DANTE, ONE-SHOT REVIEW  Dante, a one-shot venture between Top Cow Productions and Image Comics tells the story of a devoted husband and father who just happens to have a...
by James O'Donnell January 5, 2017 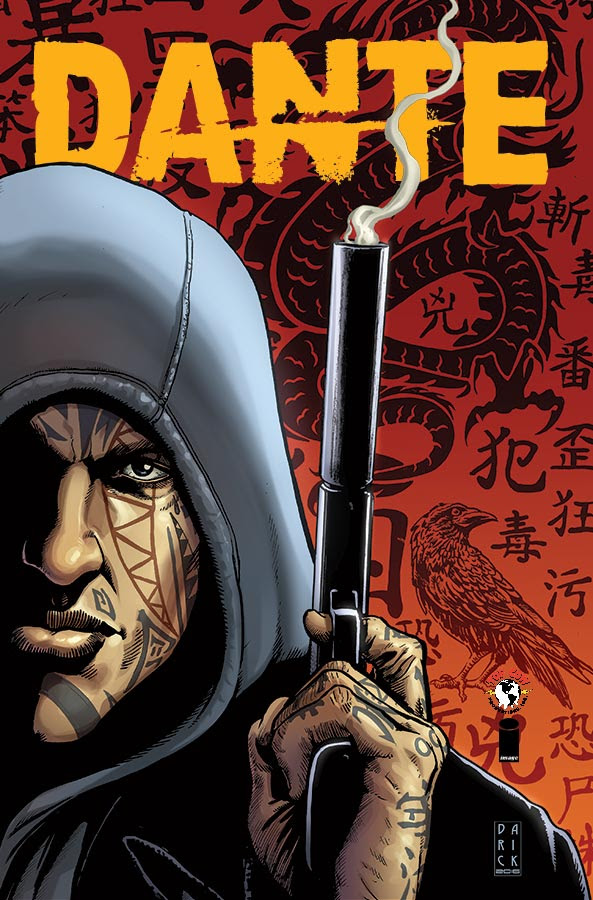 Dante, a one-shot venture between Top Cow Productions and Image Comics tells the story of a devoted husband and father who just happens to have a dirty little secret: he is a top class international assassin. 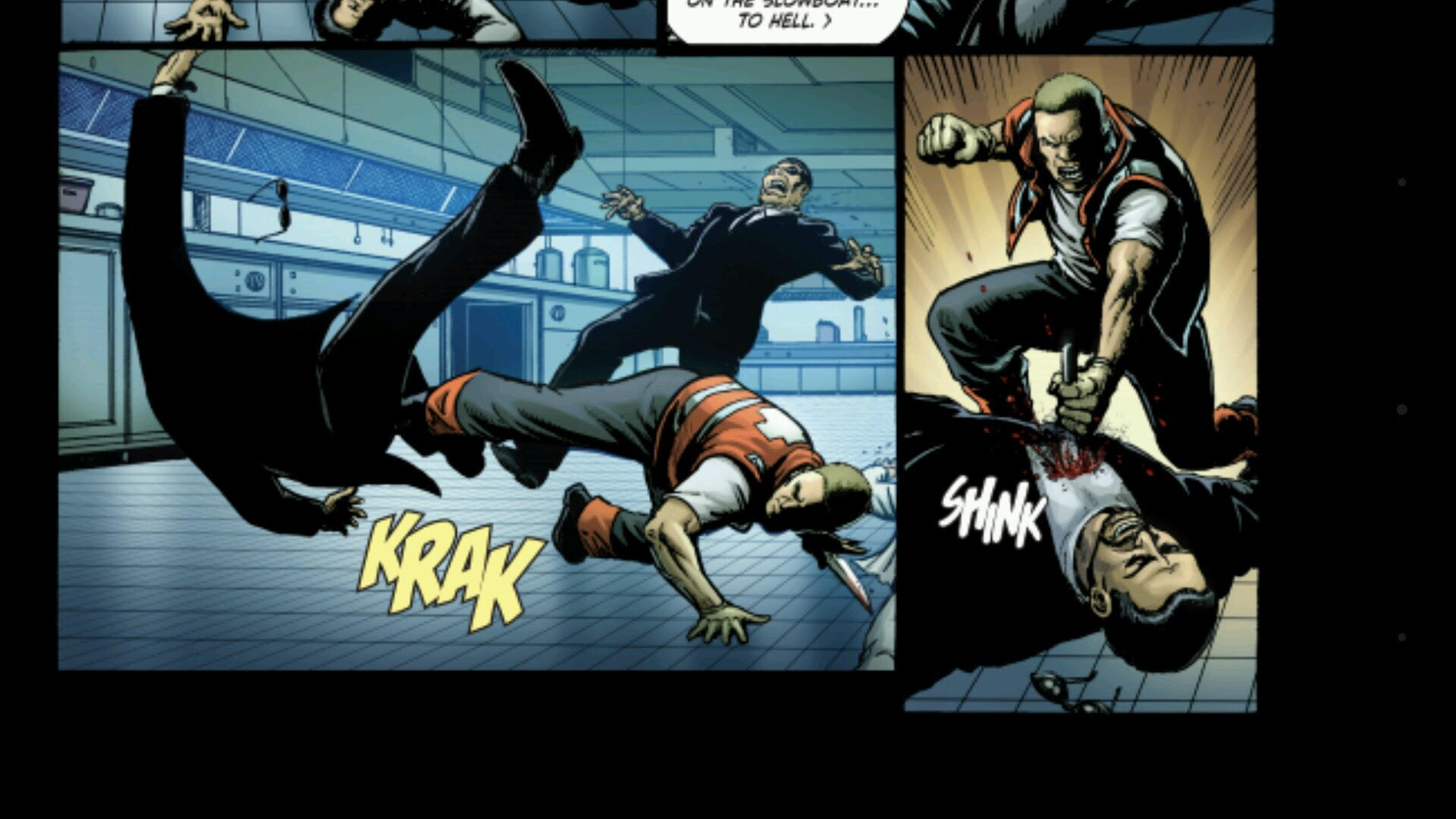 Written by Matt Hawkins (Symmetry, Think Tank) and illustrated by Darick Robertson (Happy!), Dante is a high-octane action thriller with just the right amount of sentimentality to keep things interesting.

Dante tells the story of a man with two lives; one in which he’s the ultimate family man, a traveling airplane parts salesman who spends as much time as he can with his wife and young daughter. We see the titular hero’s deep bond with his family early in the story, a bond that inevitably leads to Dante’s desire to put an end to his second life as a hit man.

As a killer for hire, we are introduced to an entirely different character, the gentle warmth of his alter ego melts away to reveal his cold and calculating core. I particularly enjoyed the juxtaposition of his two mindsets wherein the man we’d seen, panels earlier, gently rocking his baby to sleep while reading a bedtime story is now a killing machine, sizing up human beings as if they were animals and busting out moves that would make Connor McGregor shit himself from fear. 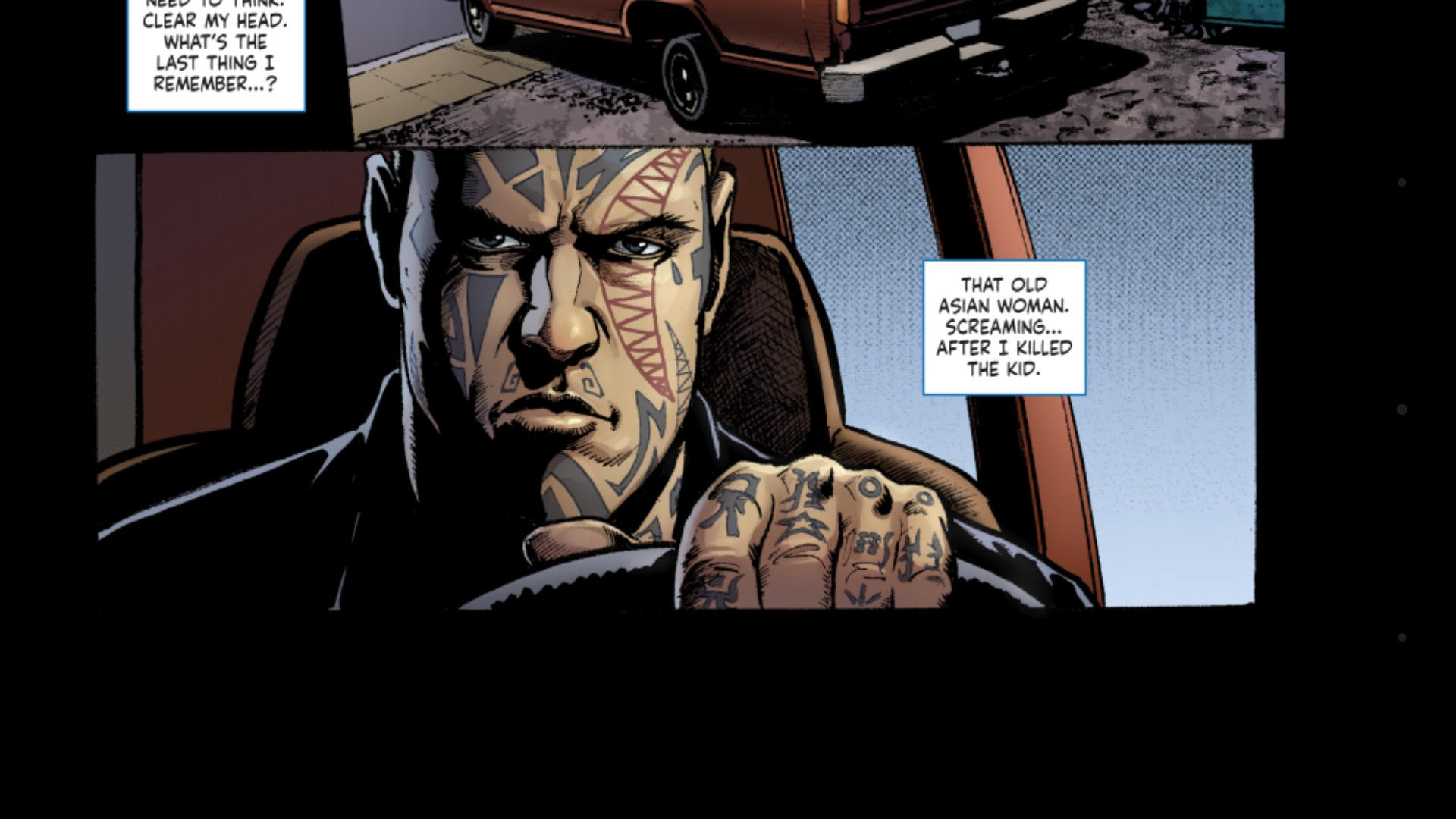 As Dante embarks on what is to be his final job, a crown jewel assassination, he is confronted with a “laugh-if-it-wasn’t-so-sad” series of unfortunate events that leads to an accidental death of an innocent child. He then finds himself the victim of a mysterious curse that will force him to reconcile all the evil deeds that he’s committed in order to restore his true self and reunite with his wife and daughter.

One of the things I enjoyed so much about this book was the blending of mystical elements and Dante’s straightforward cynicism. Hawkins does a fantastic job of creating a character with a grounded, dual personality who understands his place in the world at all times who must then open himself up to an entirely new way of thinking in order to get what he wants. Robertson’s artwork is impeccable as always. The beautiful color palates create an expressionist tone throughout the story that enables the reader to access the emotional state of everything that’s going on around our duplicitous protagonist.

Speaking of duplicity as a theme in this book, I found one of the most interesting things about Dante to be the fine line that he appears to walk between his “good” and “bad” sides. With each turn of the page, I was increasingly reminded of the moral theme from Kurt Vonnegut’s classic Mother Night, “We are who we pretend to be, so we must be careful about what we pretend to be.”  It made me wonder whether Dante truly was an evil man, who seemed to be as indifferent to human life as many of the rest of us feel about old furniture, or if he could, through the mystical task placed (literally) on his head, be reborn as the person he seemed to want to be.

Dante hits stores Wednesday, January 25th and at U.S. 5.99 (Cheap!) this roller coaster ride is well worth the price of admission.