George Romero and Stephen King team up for an EC Comics-inspired gem. 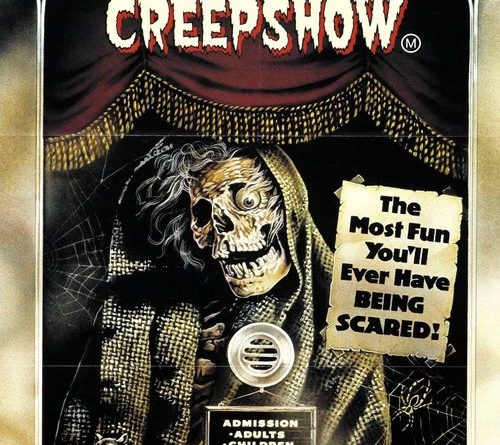 The comic book aesthetics of 1982’s Creepshow have often been imitated but rarely, if ever, replicated. There’s an unmistakable charm brought to the film which came from the highly potent combination of horror maestro George A. Romero and literary mastermind of creep Stephen King. But it goes further; they add in a heavy, heavy dose of inspiration from EC Comics of yesteryear, making an even more faithful adaptation in tone than even HBO’s Tales From the Crypt series. The movie’s 1980’s-era look and feel ties all of these ingredients together to make something organically unique and highly satisfying – if you’re looking for a good scare, that is.

Something I love about Creepshow is that it’s unapologetically mean in its tone, for the most part, but it’s done with such expertly-crafted black humor that it doesn’t come off as too unsettling. For example, we have a man coming back from the dead who just wants his cake; his family doesn’t seem to think very highly of him, and he wasn’t the nicest person to deal with in his life, anyway. So when people are killed off, it’s no hard loss; it’s sickeningly fun, in a way, which is something that King has always excelled at. Say what you will about the author, but there’s no denying that he knows how to take a twisted situation and make it funny somehow. 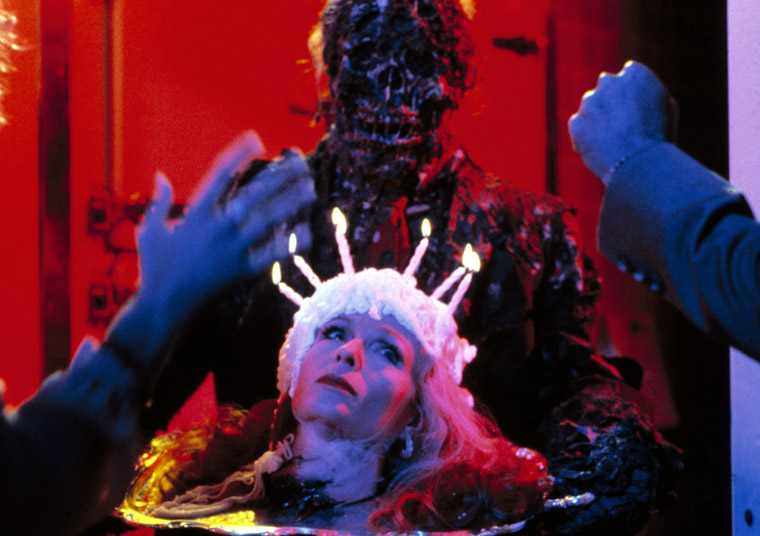 Throughout the five segments, Romero uses a ton of giallo-esque lighting technique, throwing excess amounts of blue and red like a painter who doesn’t know what the word “subtlety” means. And this works. It makes it seem all the more cartoony. This is very highly appreciated, as all of the segments begin with an actual cartoon introduction. Though it quickly goes from comic book to real-life, it never truly feels like we left the pages. Sure, these are real people acting in the film, but there’s nothing believable about any of the events that transpire.

Still, that doesn’t make them any less scary. A lot of the segments play on universal fears: Being buried alive. Finding something in the box that shouldn’t be there – something alive. A strange, seemingly innocent encounter which spells your doom when you thought it would bring you fortune. The dead not staying dead. And maybe the most universal – bugs. All of them, especially the final segment, involving those damn cockroaches, are aimed directly at those possibly irrational fears many of us have. They exploit them by telling us, “No, no, they’re not irrational at all. They’re very real. In fact, let me show you how real they are. Just watch and see!”

King’s screenplay excels at being very silly at times, and it’s a treat to see him act in a segment of his own, where he plays an idiotic farmer who finds a meteor in his backyard. He plays the idiot almost too well, which tells us two things. The first is that he’s not afraid to make fun of himself. The second is that this man really loves what he does, and it brings him great joy.

I’ve never felt that Stephen King was in it for the money, loaded as he may be. And I certainly never felt that way about Romero, either. Despite how profitable Creepshow became, all I really see when I watch the movie is that everyone had a blast working on this project that must have been very close to their hearts.

And also a lot of very unfortunate deaths – but that’s a given.