Check out ComicBlitz launching a Web Reader expanding to all OS (Android, Windows, Mac ,and iOS) ComicBlitz Launches New Web Reader For “All You Can Read” Comics LOS ANGELES... 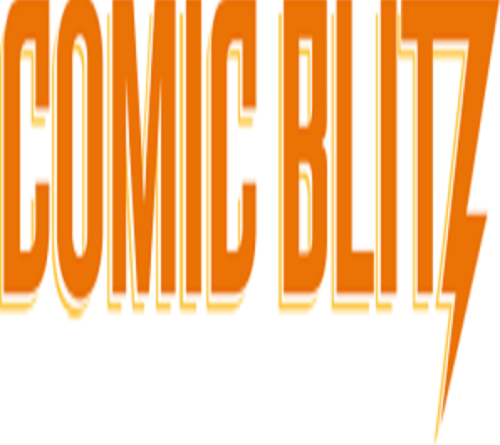 Check out ComicBlitz launching a Web Reader expanding to all OS (Android, Windows, Mac ,and iOS)

LOS ANGELES – (June 21, 2016) — Since its debut in October, ComicBlitz has introduced scads of iOS users to binge-reading comic books. For Android and Windows users who have waited patiently for a chance to try the subscription service, the wait is finally over. Today, the platform is expanding with the launch of a universally compatible web app that operates on all devices — PC’s, laptops, tablets, and smartphones on any OS (Android, Windows, Mac, and iOS).

For $9.99/mo, less than the price of one graphic novel, ComicBlitz offers unlimited access to thousands of comic books and graphic novels. Readers can binge-read entire ongoing and completed series using a monthly subscription plan. The platform carries titles from Top 10 publishers, such as Valiant and Dynamite, offering acclaimed series such as The Boys (recently picked-up by Cinemax), Divinity, Red Sonja,Bloodshot, and many others.

Though the iOS app currently remains the sole native app for ComicBlitz, the company is planning to unveil an Android app in the near future. ComicBlitz founder Jordan Plosky said, “Expanding our platform to include a mobile-responsive, web-based app allows us to reach exponentially more comic readers and introduce new readers to the stories and characters we all love. We’re very proud to continue delivering a truly unlimited library of content with no limitations as to what our readers can consume. Not only are we expanding the ways for readers to access ComicBlitz, but we’re also expanding our library of content by adding new publishers every month.”

The service offers several key features to keep the app content-focused and manageable. For example, it streams comic books rather than having to download each comic, providing faster, easier reading without burdening device memory.  Content does not “rotate”, which means once the content arrives on ComicBlitz, it remains on the platform indefinitely so the user does not have to rush to complete a series.

To celebrate the launch, new users can get their 1st month free, when they sign up at www.comicblitz.com.  ComicBlitz is headquartered in Los Angeles, CA with the goal of “Imprinting Comics on a New Generation”.  They pride themselves on offering “All You Can Read. Anytime. Anywhere.”