Comic Series to Binge over the Holidays

Whether you’ll spend hours travelling or are looking for a reason to avoid your family over the holidays, the break is a great time to start reading a new... 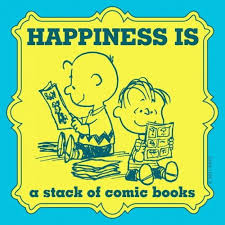 Whether you’ll spend hours travelling or are looking for a reason to avoid your family over the holidays, the break is a great time to start reading a new comic series.  Looking for suggestions? Here are some series that are not only critically acclaimed, but they’ll provide a perfect escape to whatever holiday traditions/travel/drama you’re trying to avoid. 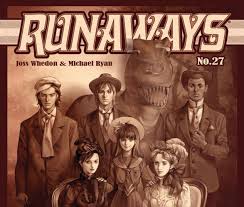 A cult favorite from the early 2000s, the characters from this series have gone on to become mainstays in the Marvel Universe (specifically Nico Minoru and Molly Hayes) – but that’s not the only reason this series is worth reading.  Six teens brought together annually so their parents can get together, they collectively agree to run away for… reasons I won’t spoil here. (Yes, I know it’s something that’s revealed early on in the series, but it’s still a very cool reveal for those who don’t already know it.)

Runaways went on to have more than a few arcs that sent them everywhere from caves to NYC to the 1800s, but the part that’s worth binging is Runaways Volume 1, which includes issues #1 through #18. This covers the main plot and the main six characters and is easily the best part of the series as a whole.

The Wicked and the Divine 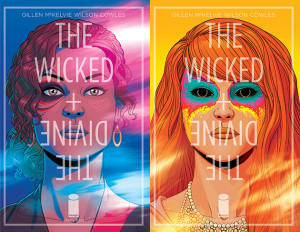 A relatively new series from Image, this series was created by some seriously all-star talent. Written by Kieron Gillen, illustrated by Jamie McKelvie, colored by Matt Wilson – you can’t find any fault with the creation of this book. And why should you? The concept feels fresh and unique; every 90 years, a group of Gods called the Pantheon is reincarnated on Earth, bringing them fame and supernatural abilities. The catch? Once reincarnated, they die within two years.

Currently, there are only two volumes available for purchase. It’s not really a lot for binge reading, but as soon as the second volume ends you’ll want to go back and re-read both books so you’ll spend plenty of time with Laura, the main character. There’s a reason this book was named the Best Comic by the British Comic Awards, and you’re going to love finding out why.

Batman: Death of the Family 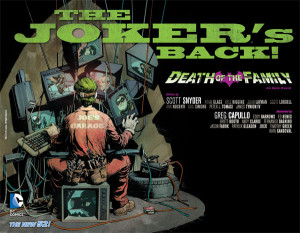 A modern Batman classic, this is a very personal, very dark take on the Dark Knight and his compatriots.  Featuring the return of the Joker, nearly every Bat-character is included along with every Bat-book published at the time. For the record, that includes Nightwing, Batgirl, Dectective Comics, Red Hood and The Outlaws, Catwoman, and plenty more.

If you’re familiar with modern Batman mythos, you’ll know that that the Joker’s face mask (yes, his actual face) has become a new symbol of the Joker. Not only is Death of the Family where that symbol comes from, but the Joker has never been more terrifying than he is when trying to murder Batman’s “family.” This is an absolute must-read, especially if you think the holiday season is “too happy” and are looking for something to darken your spirit.

Did we miss any of your favorites? Let us know in the comments!