Comic Book movies not to look forward to in 2016

By Alexandra Wilson We recently told you what comic book movies you should be looking forward to in 2016, so what better way to follow up with a list... 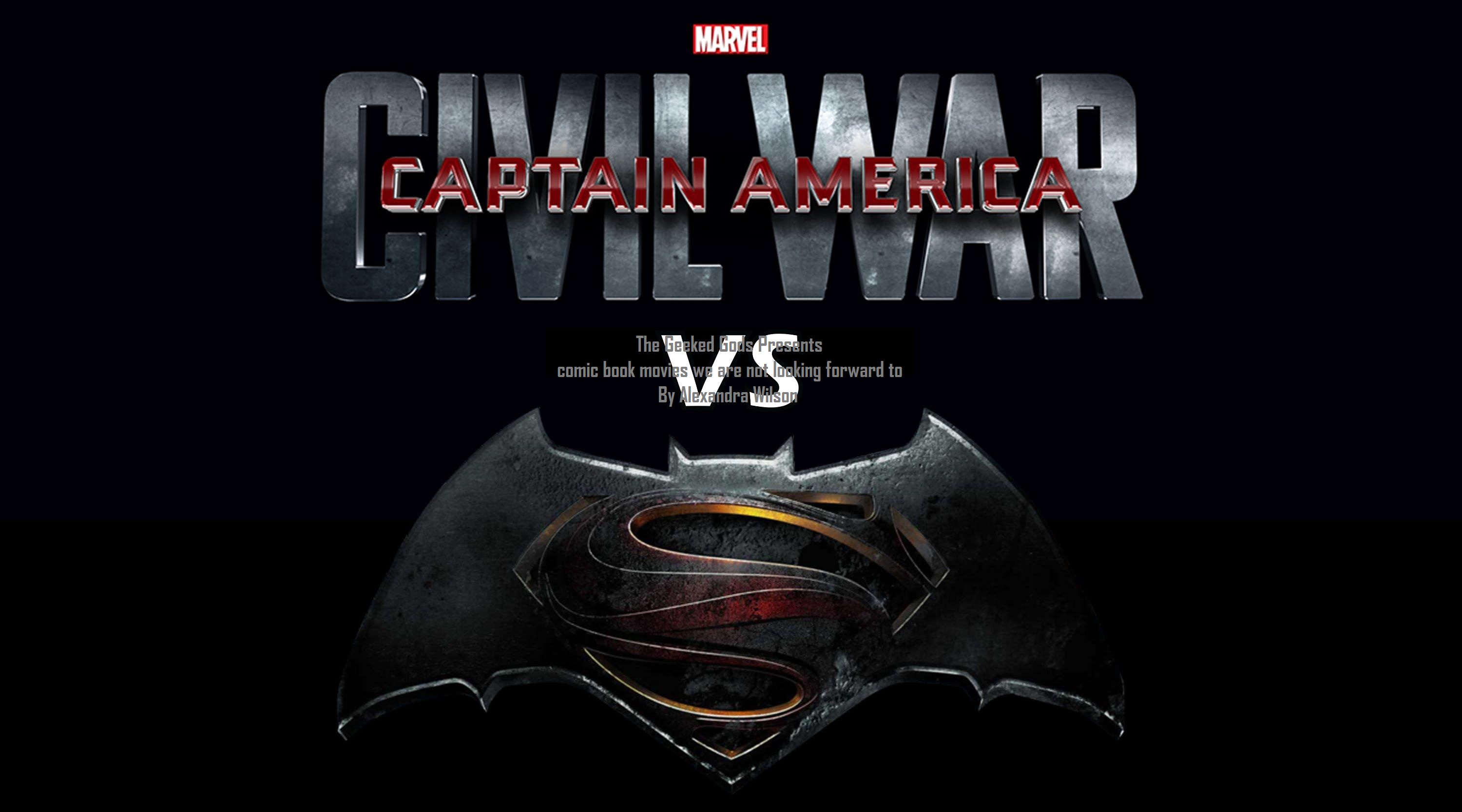 We recently told you what comic book movies you should be looking forward to in 2016, so what better way to follow up with a list of all the movies you shouldn’t be excited for next year? Don’t worry – this isn’t a huge rant about how superhero movies are ruining Hollywood (they’re not), but we will detail the reasons why you shouldn’t be buying tickets for the below too far in advance.

This might look like a controversial choice, but here us out. Captain America: Civil War is making a lot of big promises, and while Winter Soldier was an excellent movie that raised the bar for Marvel – other Marvel films can’t say the same. Case in point? Avengers: Age of Ultron.

Age of Ultron offered a lot of the same promises we’re expecting from Civil War. New superheroes! A darker tone! It’s the follow-up to an amazing movie! Black Widow is in it! It’ll be bigger than its predecessors! But weirdly, it wasn’t – at least not in the way that fans wanted it to be. Despite some of the biggest movie hyping in history, Age of Ultron viewers were underwhelmed. Despite the excitement around Civil War (and the great trailer that premiered recently), there are too many Age of Ultron similarities for us to stop holding our breath.

You know it’s a bad sign when a film’s parent company keeps changing the premiere date to get away from opening against similar films. First, Warner Brothers moved Batman v Superman away from Ant-Man, then again from Captain America: Civil War. What are you so worried about, WB?

After watching the trailer, fans should be worried too. Dawn of Justice looks as if it’s going to repeat the exact same mistakes as Man of Steel; despite having great casting, the story isn’t the focus here.  Gal Gadot’s Wonder Woman looks as if she’s going to be Batman and Superman’s accessory, not their equal. The twist of DC’s Big Three teaming up has been completely spoiled by the trailer – as has the big reveal of Doomsday. Sure, we could get excited for Jesse Eisenberg’s non-Lex Luthory Lex Luthor, but we can save our ticket money and just read the Buzzfeed article about it later.

Okay, so we admit – having Channing Tatum play one of our favorite X-men does feel as if it’s a dream come true. But this movie has had several production-related problems, making us doubt that the long-awaited Gambit movie is ever going to get off the ground.

Tatum has long been rumored to star as Gambit, but he nearly dropped out of the film while in the middle of negotiations. Though Fox confirmed the above release date (October 7th) in early 2015, the start of shooting won’t begin until early 2016 – making the currently set release date nearly impossible to meet. Add to that the director dropping out of the film and the fact that the script isn’t finalized – we think it’s best if we quell our excitement for the time being.

Check out our newest section for the Geeked Gods-Retro Recall