A scary movie about a killer car? How do you manage that? John Carpenter’s film adaptation of Stephen King’s horror novel Christine attempts to do just that – and,... 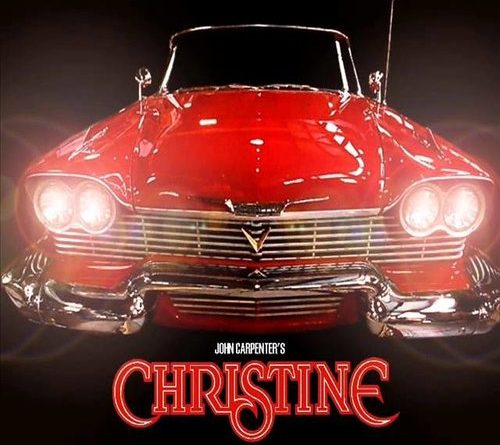 A scary movie about a killer car? How do you manage that? John Carpenter’s film adaptation of Stephen King’s horror novel Christine attempts to do just that – and, if we are equating the success of the movie with the amount of genuinely scary sequences within it, the movie doesn’t really hit the mark. Regardless, Carpenter’s 1983 film manage to still be highly enjoyable even today.

There’s a certain quality to the work of Stephen King that just translates so well onto the screen, attributed mainly to the characterization that King is able to conjure up. The novelist has a fondness for nostalgic small towns and well-written characters, and if the film can get those key points across, the scares tend to become secondary. If anything, Christine is one of those films that you’re apt to pop in when you’re in the mood for something mildly spooky and would rather not ruin your day with gore and extreme sadism. 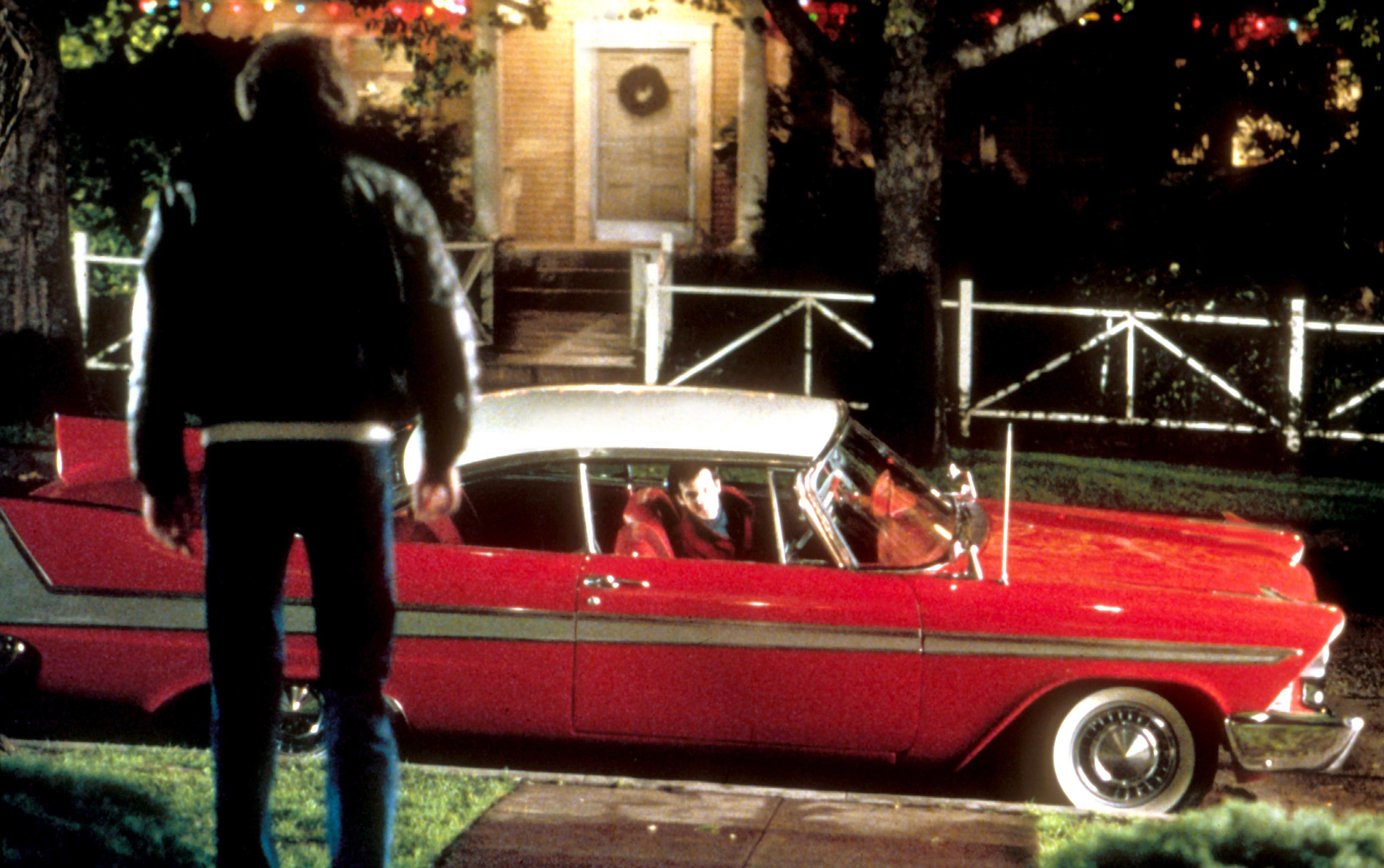 Carpenter appears to have a complete and thorough understanding of King’s coming-of-age tale and executes it perfectly. And while the term may inspire flashbacks to Sixteen Candles of Ferris Bueller, this is the darker side of it – a story about finding disastrous reprieve from isolation, ending in death and terror as opposed to love and happily ever afters. Keith Gordon plays Arnie Cunningham, a lonely bookworm who quite literally falls in love and finds both empowerment and obsession through a ‘58 Plymouth Fury. The car, as it turns out, is alive. This is a completely sentient being, and though it never uses the human language to express itself, Carpenter finds a way to help Christine speak in her own way. Cunningham quickly goes from a mousy loser to an arrogant bully of a kid, giving his parents much grief and his small number of friends attitude and disrespect. It’s very sad to watch Arnie go from a likable misunderstood guy to a total jerk, which is the real strength of the movie.

In true King fashion, the man really finds a way to upset the audience throughout the duration of his story, which is usually done by either killing a highly moral character or, in this case, turning a great character into a bad one. The film illustrates this sentiment perfectly, even using feel good old time rock and roll to flip our notions of what makes us feel good into something more sinister. It’s one of those films where you desperately want everything to just end up alright in the end for everyone, but you know in your heart it just can’t be.

Filmed at the height of King’s popularity, the movie was greenlit before the book was even published and went into production in April of ‘83, nearly coinciding with the book’s release. A movie bearing King’s name was sure to be a financial success, and Carpenter took in the role of director despite not finding the story to be particularly scary. As the man would admit himself, this film was strictly a job without much passion, which is extremely impressive. Still reeling from the critical and commercial failure that was The Thing, Carpenter took it in as simply a way to further his career and still managed to make something memorable decades later. Whether or not he knew it, Carpenter was directing cinematic horror gold. 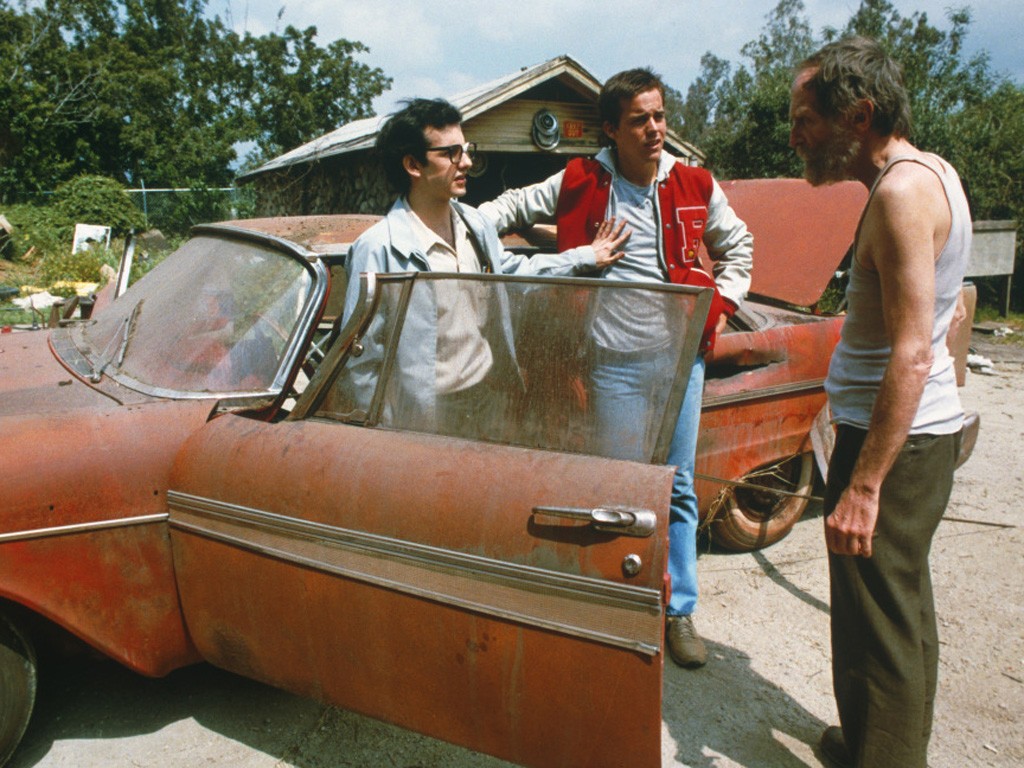 Many see the film’s R-rating and are shocked, due to the absence of blood, guts, and well, really anything that would constitute the film being rated R. The reason for this was a business move. King had a reputation for creating horrific tales, and it was thought that if the movie was released as PG-13, which it was originally classified as, the film would not do as well. To remedy this, Bill Phillips, screenwriter for the film, wrote in a few extra “Fucks”, granting the movie the R-rating the crew wanted. If those pieces of dialog ever felt a little forced, now you know why.

Carpenter’s commitment to doing the best job he could on the film is never more apparent than in the sheer amount of actual cars that were wrecked during filming. It is estimated that 15% of the budget was spent on car purchases, and of the 17 that were built from various parts for the film, only 2 made it out of the film without being destroyed. If nothing else, this may be a scary film for any car collector to watch – all of those beautiful cars gone to waste!

The 1980’s were both a golden age for horror in film and literature, and much of this has to do with Stephen King. Christine is no exception. While it probably won’t keep you up at night in terror, it’s a fun ride nonetheless. Remember kids, seatbelts on.