They Say Youth is wasted on the Young and in most cases that are true. Captain Kid premises what you would do If you were older and mysteriously gained the ability to turn young and have superpowers, would you stay young all the time and use your abilities or allow yourself to be old. 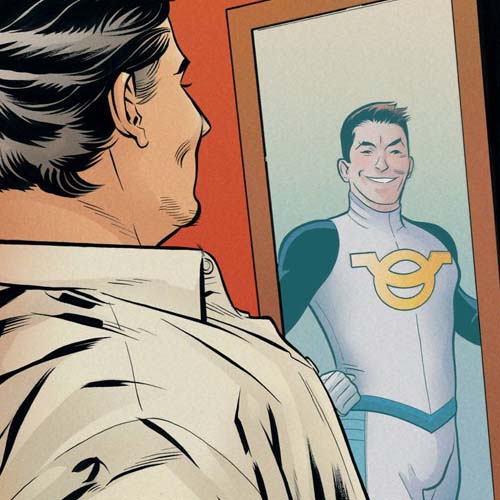 Captain Kid tells the story of Chris Vargas a middle-aged man who has health issues, works at a Newspaper as a music editor (Yes, they still exist in print) and takes care of his dad living his life but Chris has a secret. Chris Vargas can turn himself into a younger super powered person known as Captain Kid. As cool as that sounds it does bring about a few issues in Chris’s life. He has no idea how he got these powers or why a mysterious woman Helea seems to be following him and who is this business man Halliday why does he want to destroy the world and how can Captain Kid stop him. 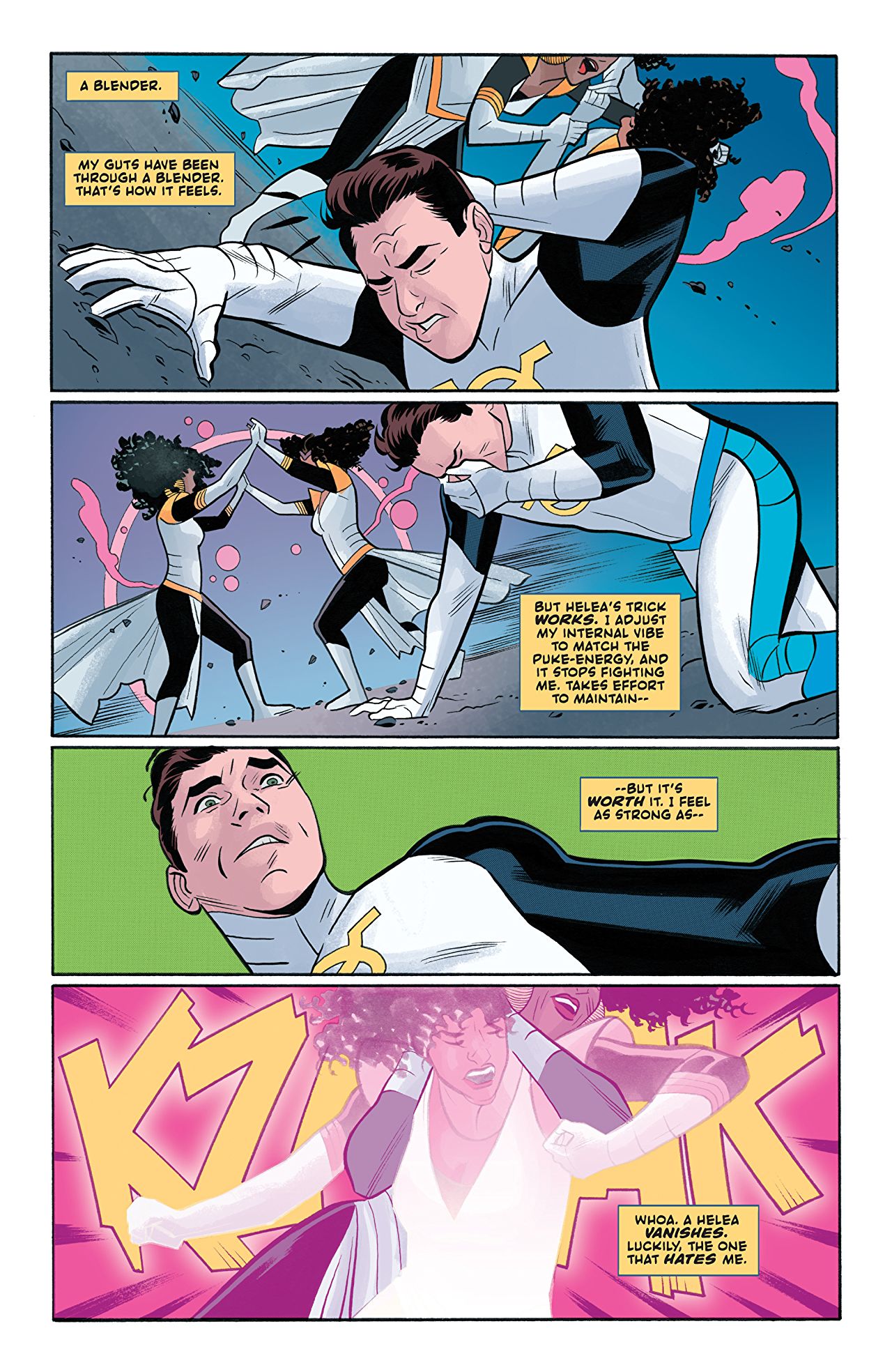 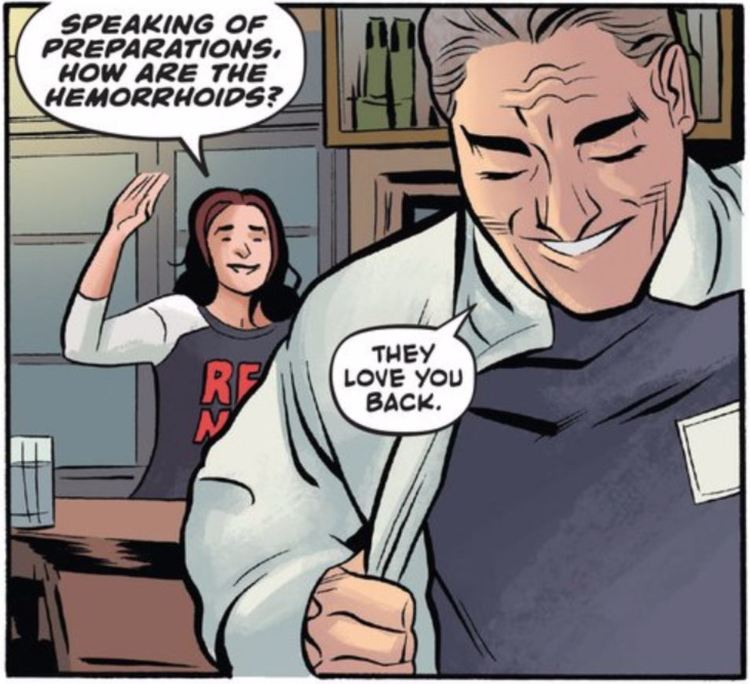 The Art of Captain Kid is splendid Wilfredo Torres, and Brent Peeples bring to life the world of Captain Kid. Captain Kid art feels like a mix of the Golden Age Retro Art style combined with the modern age art techniques. The Art feels cinematic; the superhero fight sequences are fantastic. Kelly Fitzpatrick’s excellently uses color for the characters and worlds are exquisite. 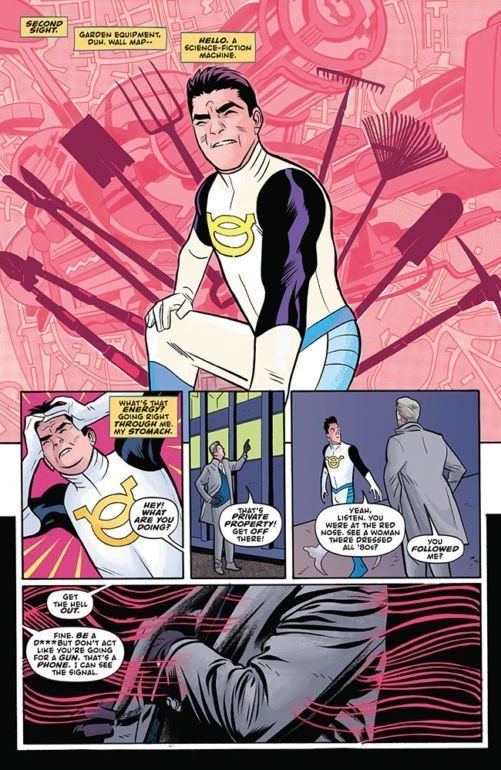 Captain Kid is a fun superhero story, I thoroughly enjoyed it and felt a story I could enjoy as well as my younger Nephews. It’s a throwback to the great superhero golden age. The writing of Mark Waid and Tom Peyer is excellent telling the story but leaving mysteries out there rather than tying everything up. Too many times stories reveal all their secrets too soon I like stories mysteries that leave some mystery. My favorite part of Captain Kid is the quandary that Chris is going through whether to stay Captain Kid or be Chris Vargas is an excellent question. Would Chris stay as Captain Kid all the time if his family and friends know the truth? We may soon find the answer to these questions.

Overall if you enjoy Superheroes stories with great writing and art pick up a copy of Captain Kid you’ll be glad you did. 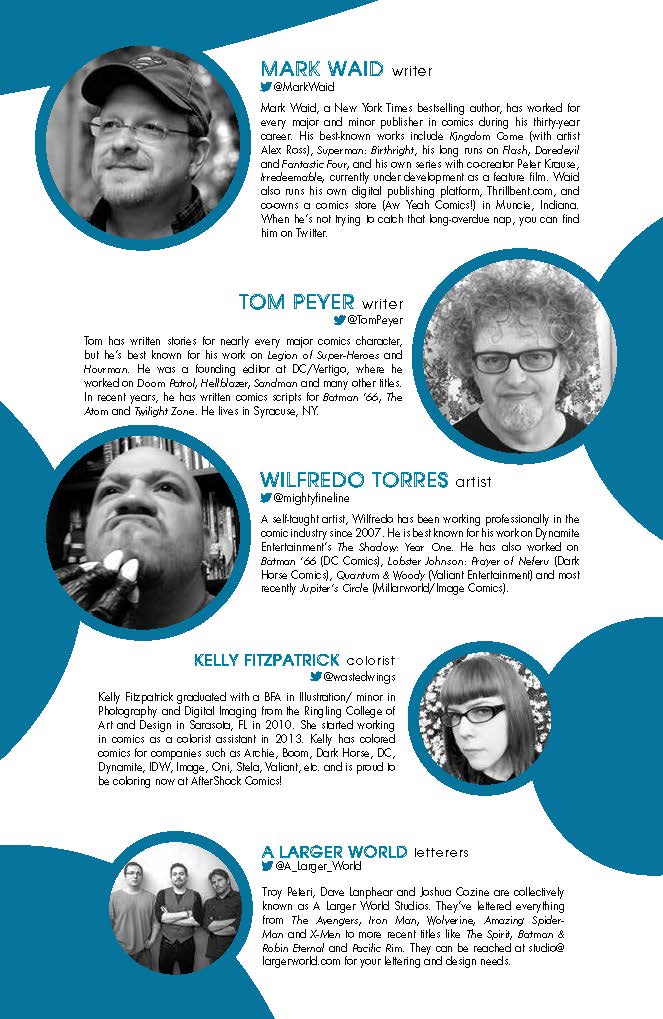