By Chance or Providence TP Review By John Saavedra   These days, we don’t get as many indie releases from Becky Cloonan, whose most recent work has appeared in...
by John Saavedra July 26, 2017 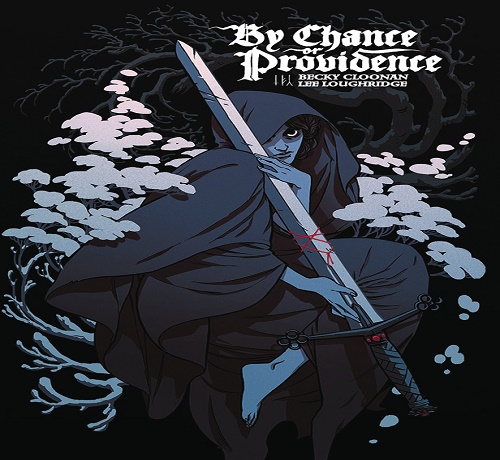 These days, we don’t get as many indie releases from Becky Cloonan, whose most recent work has appeared in Marvel and DC books, such as The Punisher and Gotham Academy, so it’s a real treat to get a new trade version of her indie collection, By Chance or Providence. Cloonan tells three medieval love stories about longing, as men and women literally and figuratively drift apart, often torn from each other by supernatural forces. The world Cloonan’s hunters, kings, knights, princesses, and fishermen inhabit is haunted, and not just by ghosts, but a thick melancholy that fills every panel with heartbreak.

No one really lives happily ever after in Cloonan’s stories. Instead, there is an acceptance among the characters to live with the memories of their faraway lovers as time passes them by. The collection feels sort of cyclical in a way, although the stories aren’t really connected by anything other than the medieval setting. Yet, the first and third stories, “Wolves” and “Demeter,” feel like a two-part tale about leaving and returning. I particularly enjoyed “Demeter,” a ghost story at sea that features one of the creepiest characters Cloonan has ever drawn. It’s definitely the most traditional horror tale, although it is again enveloped in the sweet melancholy of her writing. 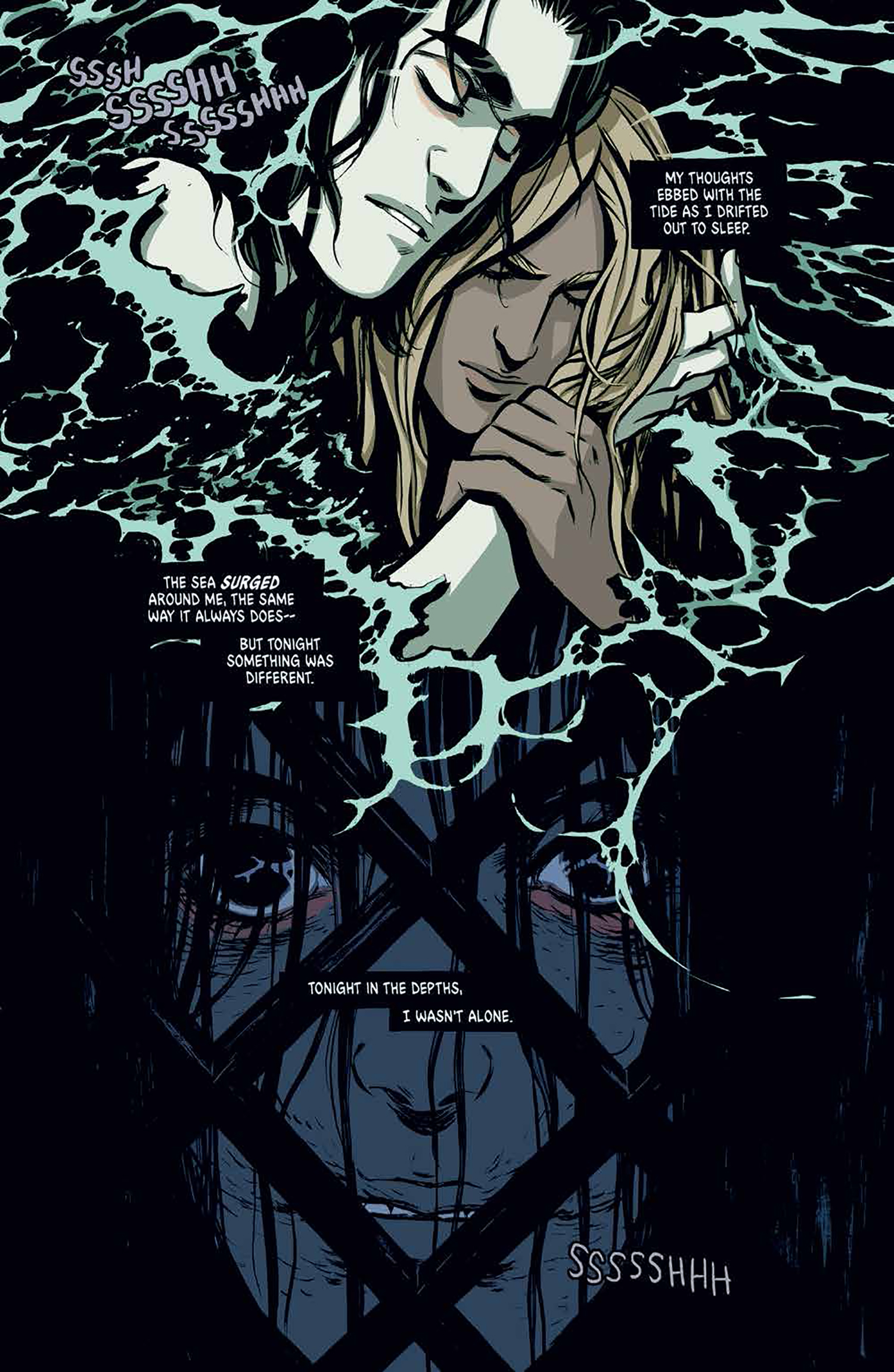 In By Chance or Providence, you find horror in the expected places, such as the dark woods or a lonely cabin by the shore or an abandoned castle — save for a single groan coming from the only occupied room — but Cloonan isn’t really telling monster stories, but rather uses the creatures of the night to illustrate the pains and fears of loving someone. A werewolf represents secrets between two forbidden lovers, while a man whose flesh is rotting away and covered in worms is a more overt metaphor for regret and longing.

The writing is straightforward, but also poetic. There isn’t much dialogue between the characters, and instead, Cloonan tells the stories through inner monologues, as if even the words are trapped behind a veil of sorrow they can’t escape. A major revelation in one of the tales is never spoken but written on a piece of parchment, which is at once a MacGuffin but also the crux. A naked man wanders an empty wood trying to decipher the moment he lost the woman he loved. Even the closest we get to a happy ending is shared by hushed lips.

The trade release features colors from Lee Loughridge, a major addition to Cloonan’s original black and white illustrations, which are beautiful and haunting, especially when it comes to portraying the loneliness each main characters feels. It’s hard to decide whether I like the tone of the original black and white pages or Lee’s colors better. I think they both work quite well, especially when the pencils are so magnificent. It really feels like you come for the storytelling, but stay for the art, which is some of Cloonan’s best. It’s no wonder the big two keep her so busy these days. She is one of the most talented writers and artists currently working in comics. 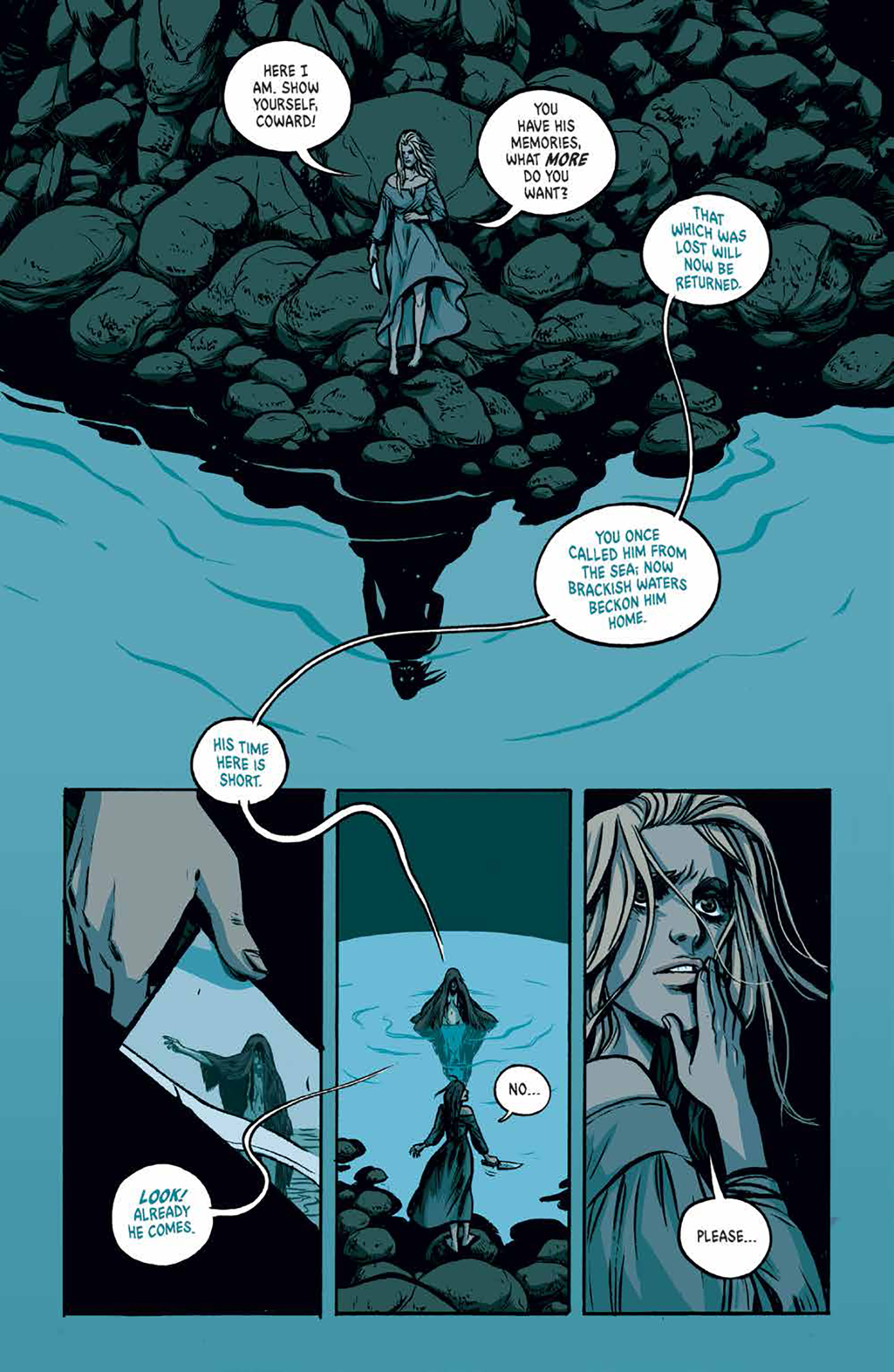 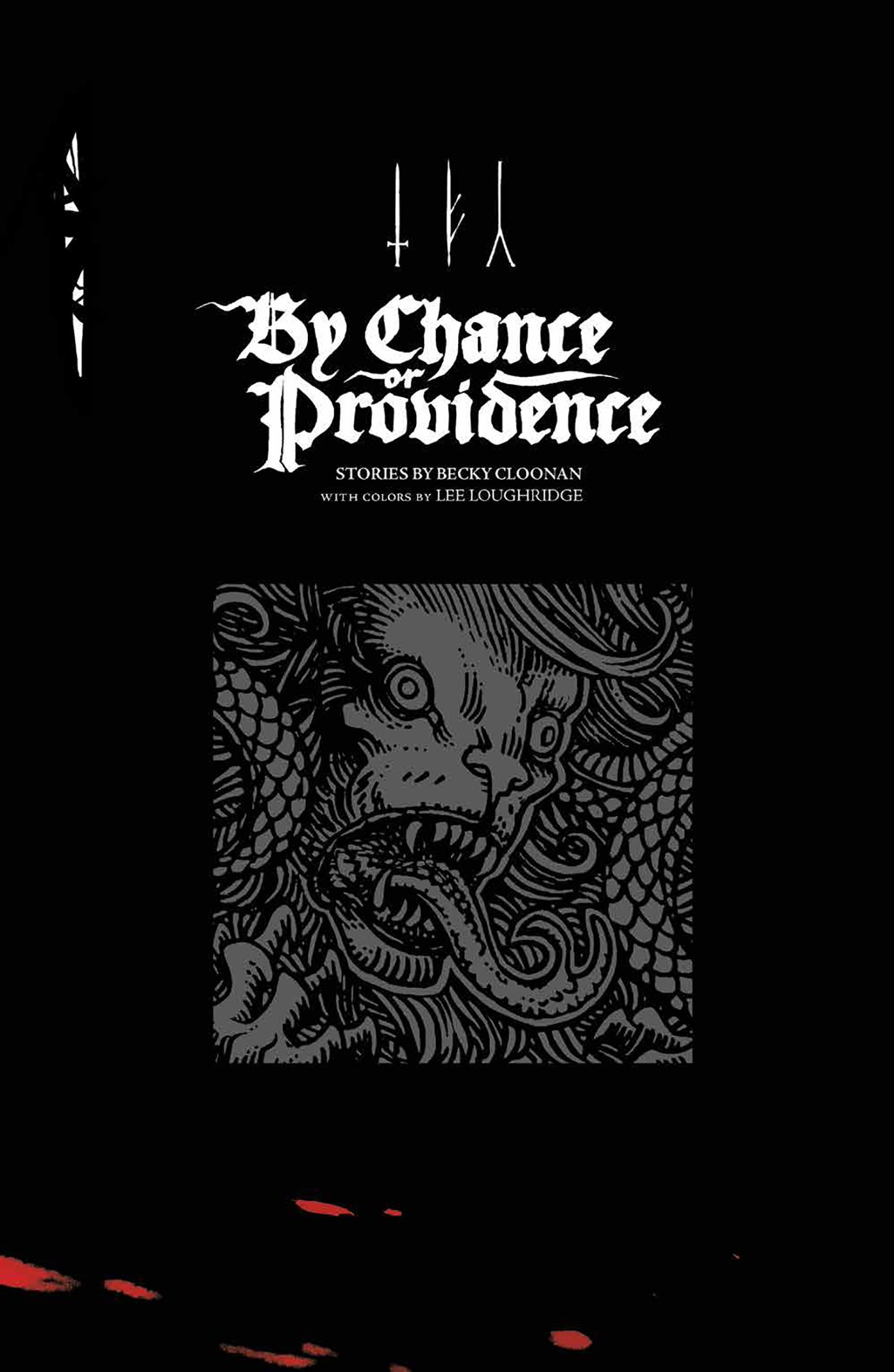