Brilliant Trash #1-Review By Ashish Thomas To say I am excited about Brilliant Trash is an understatement, I am a big fan of Tim Seeley, Nightwing/Grayson, Revival, Hack/Slash. The...
by Ashish October 20, 2017

To say I am excited about Brilliant Trash is an understatement, I am a big fan of Tim Seeley, Nightwing/Grayson, Revival, Hack/Slash. The wait is over we got an advanced copy of Brilliant Trash which is another comic gem in a fabulous career. 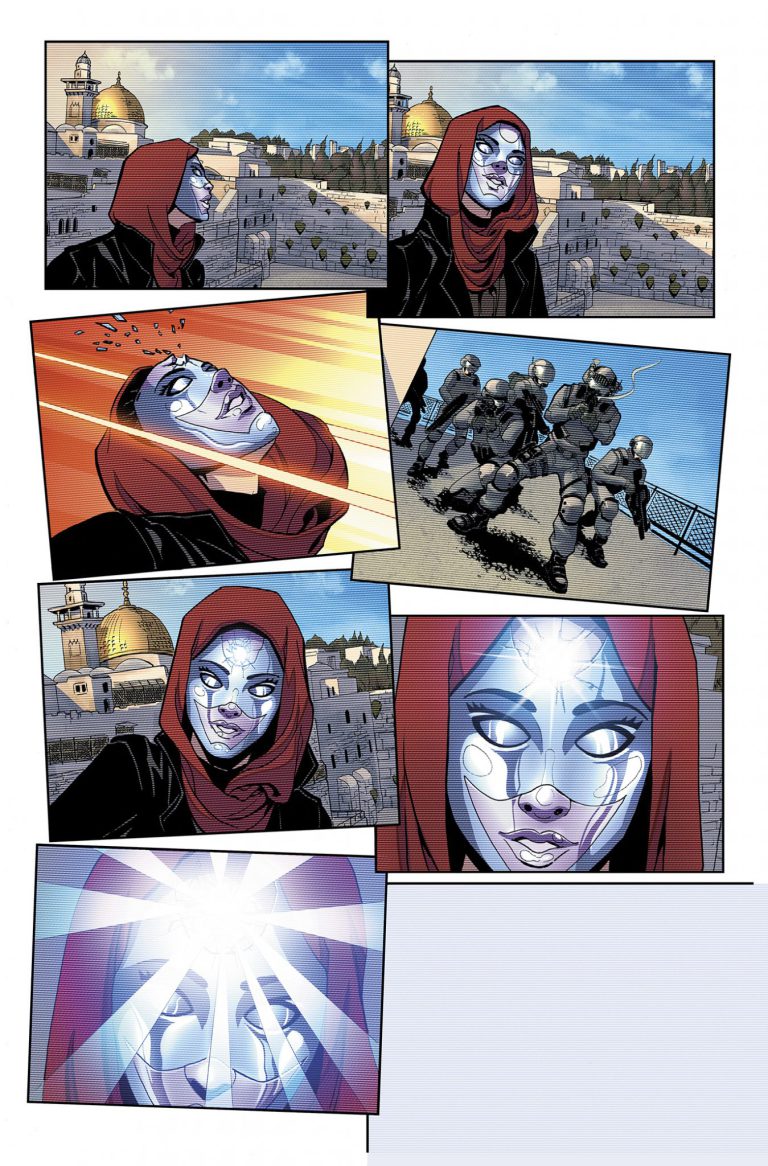 The issue kicks off with a bang a woman known as “Lady Last Word” has the world’s attention, In an Old City near Jerusalem, an incident occurred where Lady Last World a super-powered woman wipes out the city. Next, the issue takes us to Chicago where a reporter named Capricorn Dalle is discussing a Lady Last World story and meets another writer Kennedy Avis.

In another part of Chicago, we meet a man named Bao Wong who is being followed. We learn that the man following Bao Wong is named James Heller he is on assignment to track Bao Wong. The story goes back to Capricorn Dalle and Kennedy Avis where the discussion goes to what articles they are working on. Kenndey tells Capricorn that Lady Last Word was a hoax and superhumans don’t exist. We go back to Chinatown when James learns Capricorns name and encounters Bao Wong.

Back at the cafe, Capricorn refutes Kennedy’s statements saying Lady Last World was real she knew things and had powers. During this time Capricorn starts to bleed. In Chinatown a fight is ensuing between Bao and James, we learn Bao has powers, and in the intense battle Bao drains his powers and succumbs to the power drain. At the cafe, Capricorn leaves with a headache and weird taste in her mouth not knowing what is happening to her. 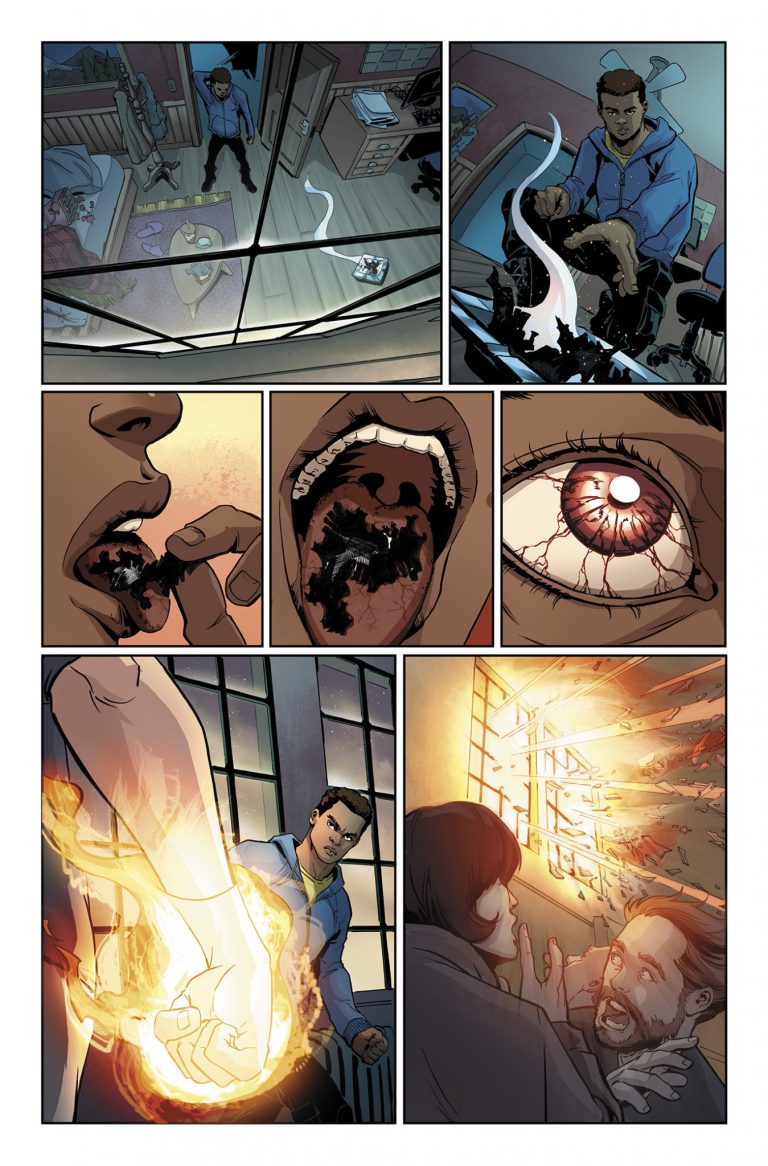 The issue takes us to California to a lifespan international; we are introduced to a Mr. Cromwell who seems to be in charge. We see that Heller calls and informs him that Wong is gone and Capricorn is in the Hospital. The man gets angry and goes to children who seem to tell the future. The Child after a bribe of dum dum’s tells the man about Kennedy Avis.

Kennedy Avis goes home when a strange man is in her apartment threatens her to sit down or she will be harmed. The man then tells Kennedy only she can tell the story. The man then injects Kennedy with a drug. Jason Heller shows up it seems the man Dr. Zhen is responsible for the super-powered humans with a drug called liqui which is injected into Heller. The man tells Kennedy to run while he fights with Heller and an explosion occurs we don’t know if the Doctor or Heller survives.

Kennedy runs but after the injection seems to be having trouble falling ill from the needle. In the end, while trying to get her bearings falls in the path of the train when a mysterious stranger saves Kennedy. The story continues in issue 2. 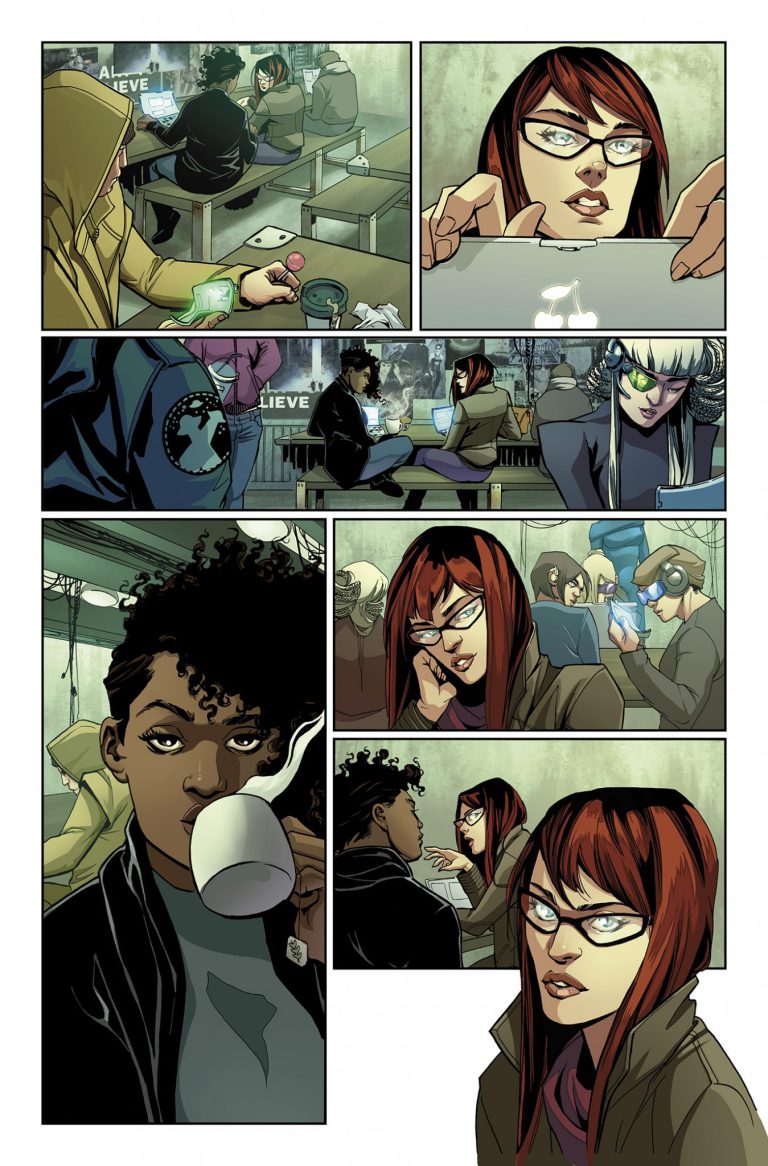 Brillant Trash is an excellent kick off issue for the series, giving us many things to look forward to for the series. In today’s Journalistic environment with the prevalence of “Fake News,” many are trying to be first with the scoop. Journalism shapes the narrative with many aspects of the News. This story feels like it could happen today with the way Journalism has become. The Conspiracy Theory portion of Brilliant Trash is well written, intriguing and puzzling at the same time. I can’t wait to see where Tim Seeley takes us with these “Super-Powered” Human’s coming to the public. Priscilla Petraites artwork is exquisite, especially Chicago panels. The Action sequences look spectacular, and the character designs are gorgeous. I cannot wait to see more of the artwork in Brilliant Trash.

Brilliant Trash is an excellent story filled with mystery and intrigue, you don’t want to miss an issue add it to your pull list another great AfterShock Comics Series. 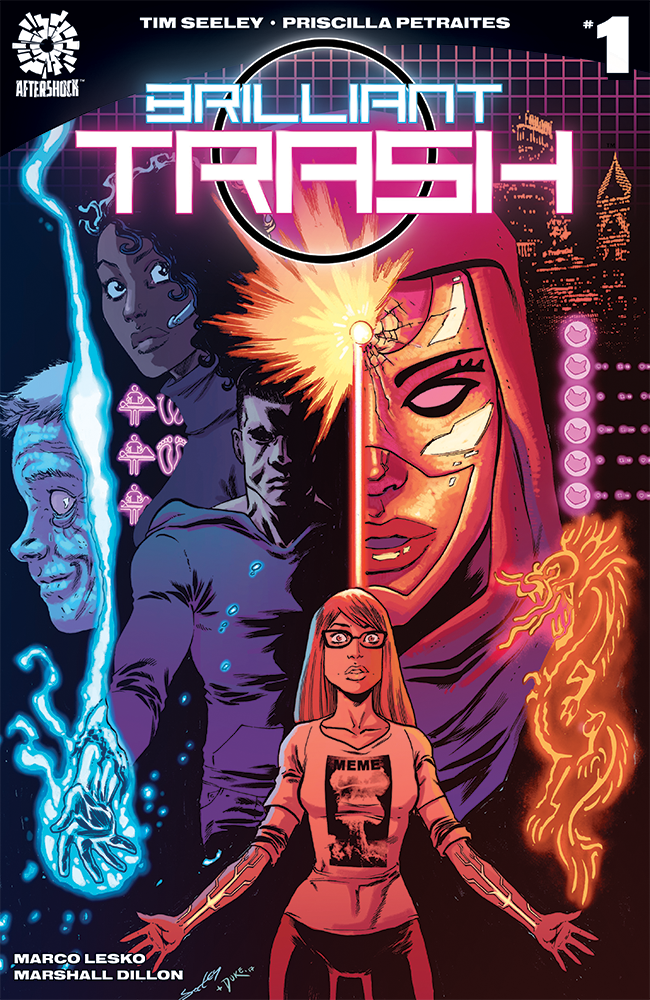