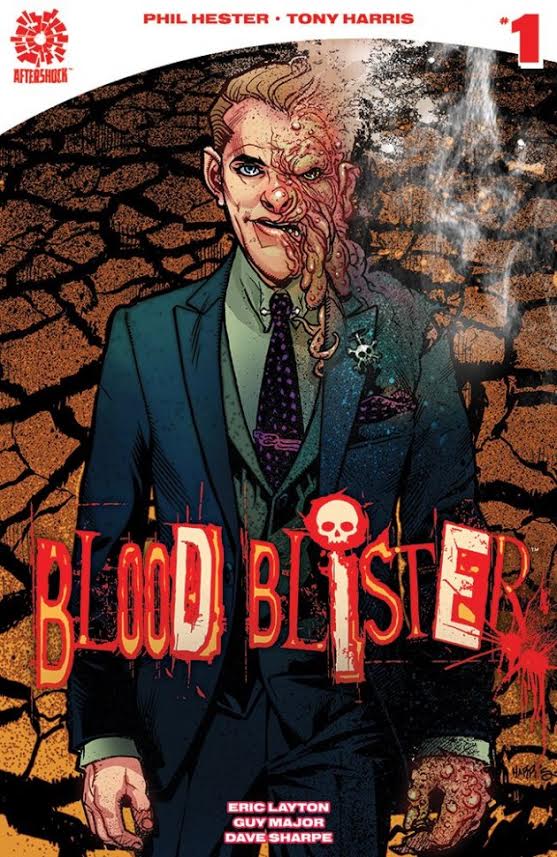 Aftershock Comics recently launched Blood Blister, a demonic-horror series from the mind of Phil Hester (The Coffin, Firebreather) and brought to life by Eisner Award-winning artist Tony Harris (Ex Machina, Starman). This title is in stores now and at $3.99 (cheap) it is a worthwhile read for horror and non-horror fans alike. Since the book has already hit stores I’d like to caution that there will be minor spoilers ahead.

As the story begins we’re introduced to Brandon Hull a seemingly nice guy on a mission to add litigants to a civil action lawsuit charging negligence related to environmental damage. Brandon holds a brief meeting with an old dying man, urging him to sign on and secure his family’s financial future. Suddenly the man’s seemingly catatonic daughter accuses Brandon of being a servant of the devil (probably not a good look for a big city lawyer in the heart of the bible belt). Within the next few panels Brandon is revealed to be a full on sociopath who would justify any immoral action of he felt that he stood to gain something from it. He schemes along with his secretary to create the illusion that he’s not a gigantic scumbag by staging it to look like he’s taken time from his busy schedule of defrauding the ill and ignorant to watch his son play baseball. His plan inevitably falls to pieces because in the fictional world bad people sometimes actually get what’s coming to them, unlike the real world in which he would probably end up serving on an ethics oversight committee in the U.S. Senate. 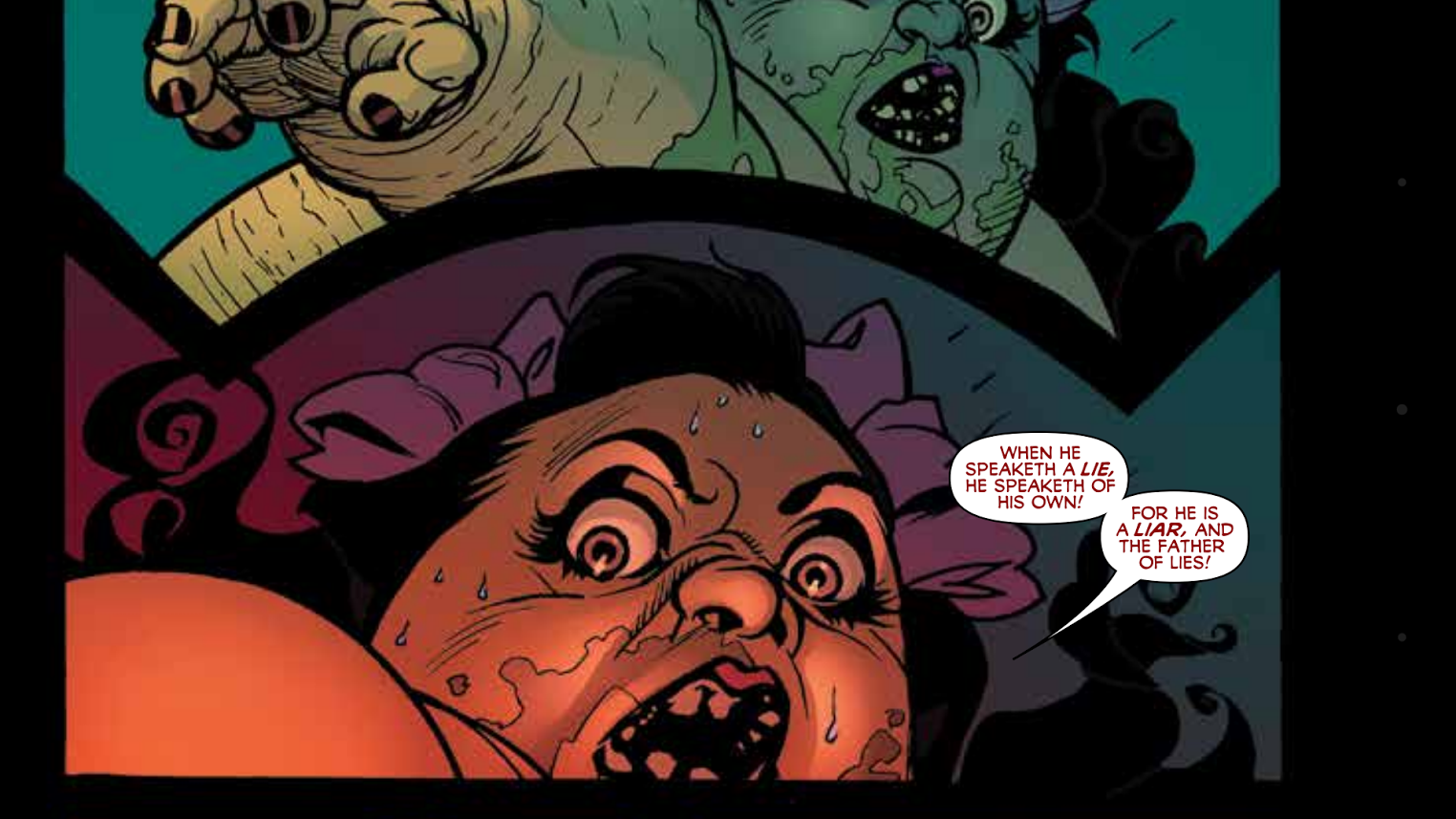 As Brandon continues to generally act like a dick his sins begin to manifest in the form of massive gore filled lesions on his skin. We’re led to believe that, when our story picks up, Brandon is used to draining the titular blood blisters as he disregards his secretary’s suggestion that he get the massive wound looked at by a professional. 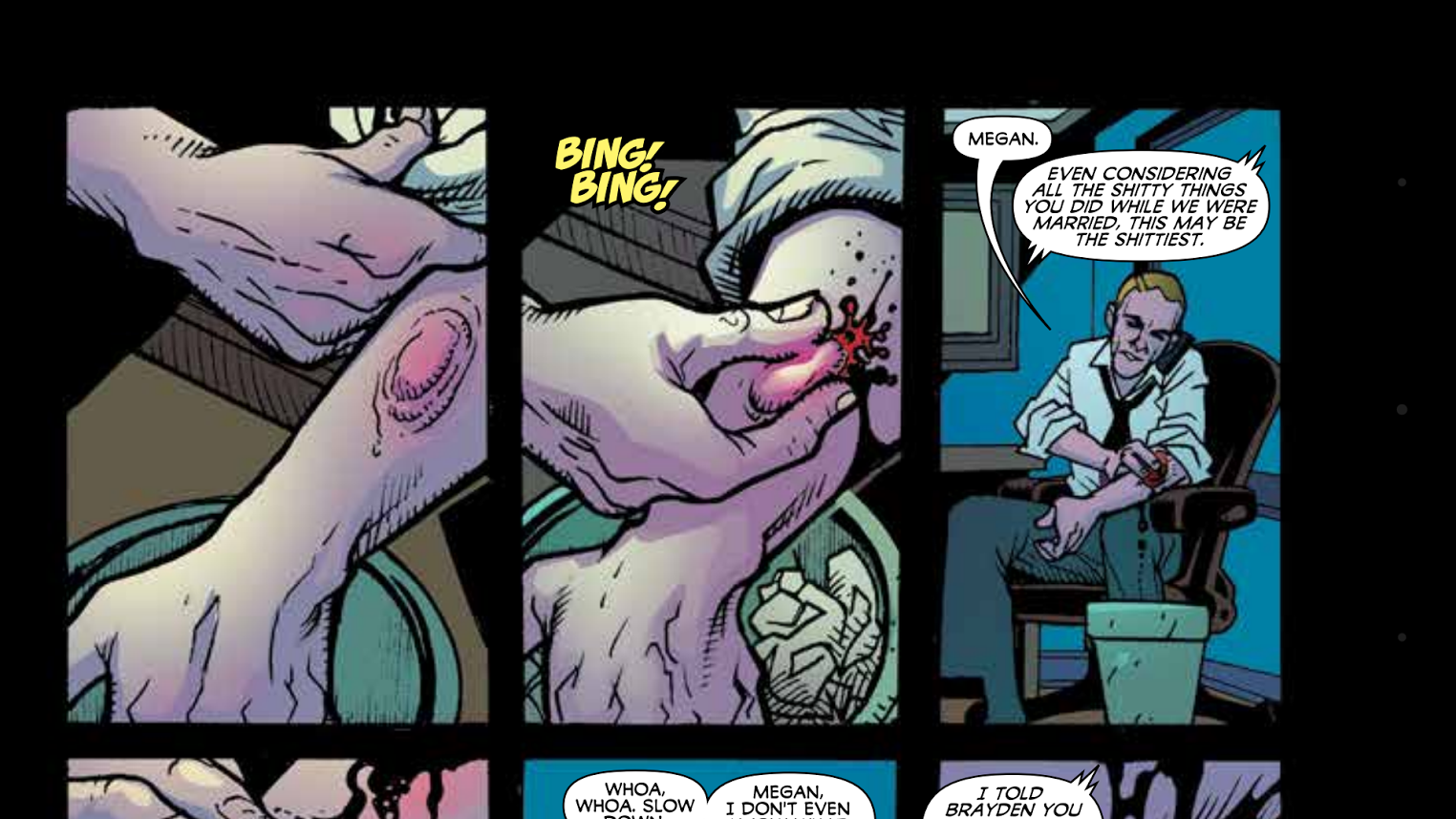 Brandon then travels to a charity-haunted house in an attempt to reconcile with his son, who is volunteering to help run the show (the Apple really seems to have fallen far from the tree here). He travels deeper into the house and finds himself in what can only be described as a horrific little slice of hell complete with lost souls and gigantic demon babies (probably my favorite thing about his book). 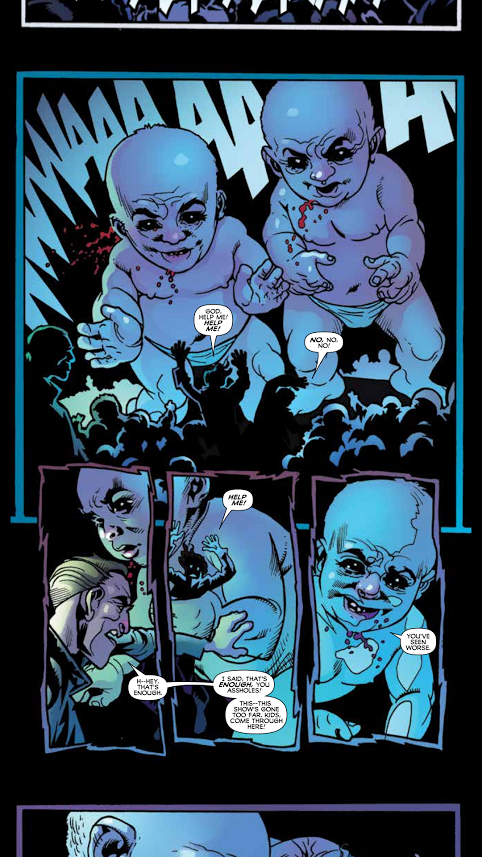 Hester did well to set this stage for a really fun horror series with this book. He gave you just enough to give you an idea of exactly who Brandon is without revealing too much about where the story is headed. Harris’ artwork did well to create a macabre surrealism that served the book’s overall tone well.

From Kill or be Killed to Geeked Gods own Absolution Effect, occult themed comics seem to have undergone a renaissance in the last few years, and Blood blister appears to be yet another book you’ll need to add to your pull list.