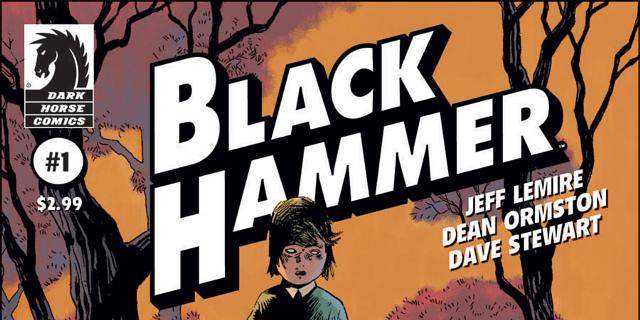 It’s possible to write a superhero comic full of new heroes in 2016. If you don’t believe me, that only means you haven’t read Jeff Lemire’s Black Hammer yet. And if that’s the case, you need to rectify that immediately. Black Hammer is good – really good.

Lemire clearly understands that the key to making a story in which the reader can truly connect with is by taking things slow and letting them develop naturally. This first issue opens up not with a tragic battle gone wrong or a heroic act of valor; instead, it opens with a man on a farm, lamenting (or maybe pondering) over where he and his friends currently are in life. Ten years ago, the heroes fell. Something chaotic happened. They no longer fight evil, and instead, are damned to live a life of monotony.

This man, a retired hero named Abraham Slam, lives on this farm with just about everyone you wouldn’t expect to find making eggs and watching rooftop sunsets. Each of these characters – which I won’t even name beyond Slam, because I’d rather you witness these introductions with a fresh mind instead – all deal with their isolation in different yet unique ways. We’ve all read comics about the banished hero or the defeated savior. Many of them fail because they often harp on the fact that they used to be something greater but are now unable to reach their former glory. Every single character in Black Hammer is dynamic, quirky, and imaginative. There’s so much that I wish I could write on each of them, but once again, it’s better not to read too much into them beforehand.

The series gets off to a running start, but not in the way one would expect. There’s not much action to be found here. It examines these scorned heroes and introduces you to a fascinating world in which you cannot wait to find out where this journey will take them. Of course, a good comic is nothing without good art, and this is no exception. 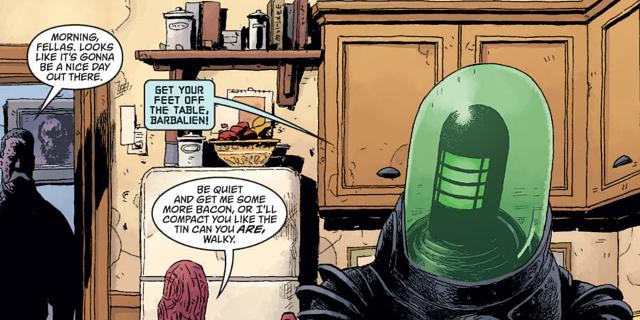 The creative team behind this work is like a rock supergroup; Lemire is an expert in storytelling, while artist Dean Ormston of Sandman brings a sense of haunting realism to the tale, supported perfectly by Hellboy’s Dave Stewart on inks. It’s a match made in heaven. The art is reminiscent of the days of early Marvel and DC but updated; in fact, the entire issue seems like a revamped Marvel story. Dark Horse, as usual, proves that it is more than possible to create new and immersive stories in a genre that many feel is bloated and overdone. While many grow tired of the superhero story by series that are running on for decades and movie sequels that are going well into the double digits, Black Hammer is a more than suitable alternative.

A superhero does not always need to punch villains in the face to captivate the reader. With the right team behind a book, a deeper examination of the nature of the characters as a whole can be even more exciting. Black Hammer is a hit, and I cannot wait to see where this story will take us. 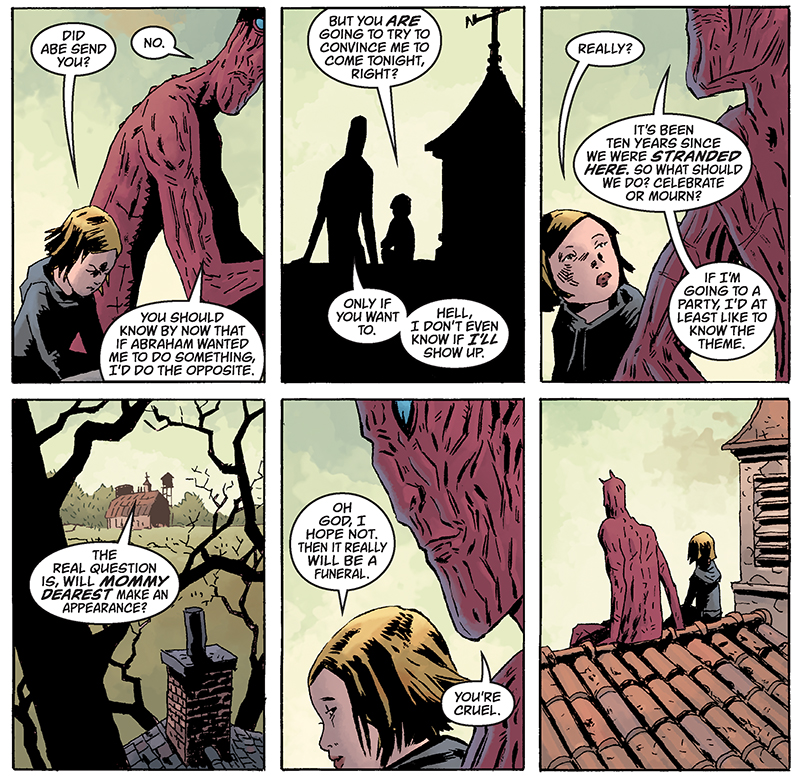