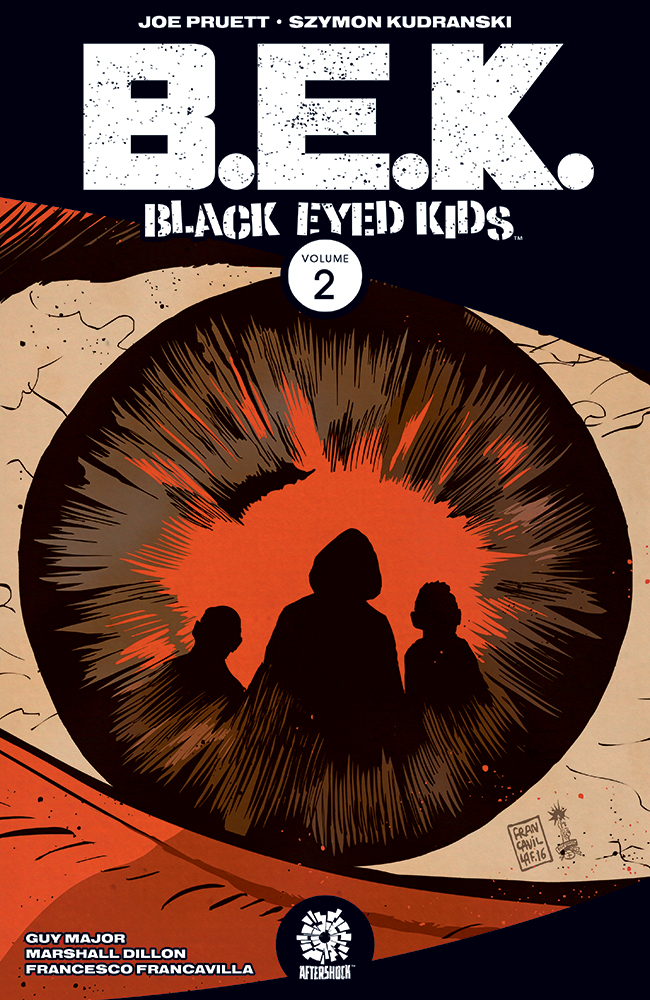 One of the Creepiest Urban Legends is that of the Black Eyed Kids. If you don’t know the urban legend Black Eyed Kids are these supernatural creatures who pose as children, who are seen panhandling and appearing on Door Steps. The Black Eyed Kids look like normal children except their Eyes are completely Black and they have pale skin. The Children knock on doors stating they are lost and looking for something they try to get invited in. NEVER Invite these Kids in as terrible things will occur to the people that do. Stories of these children have been around for a while none of these stories have been substantiated. 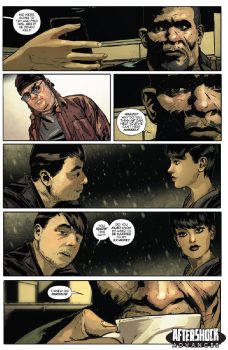 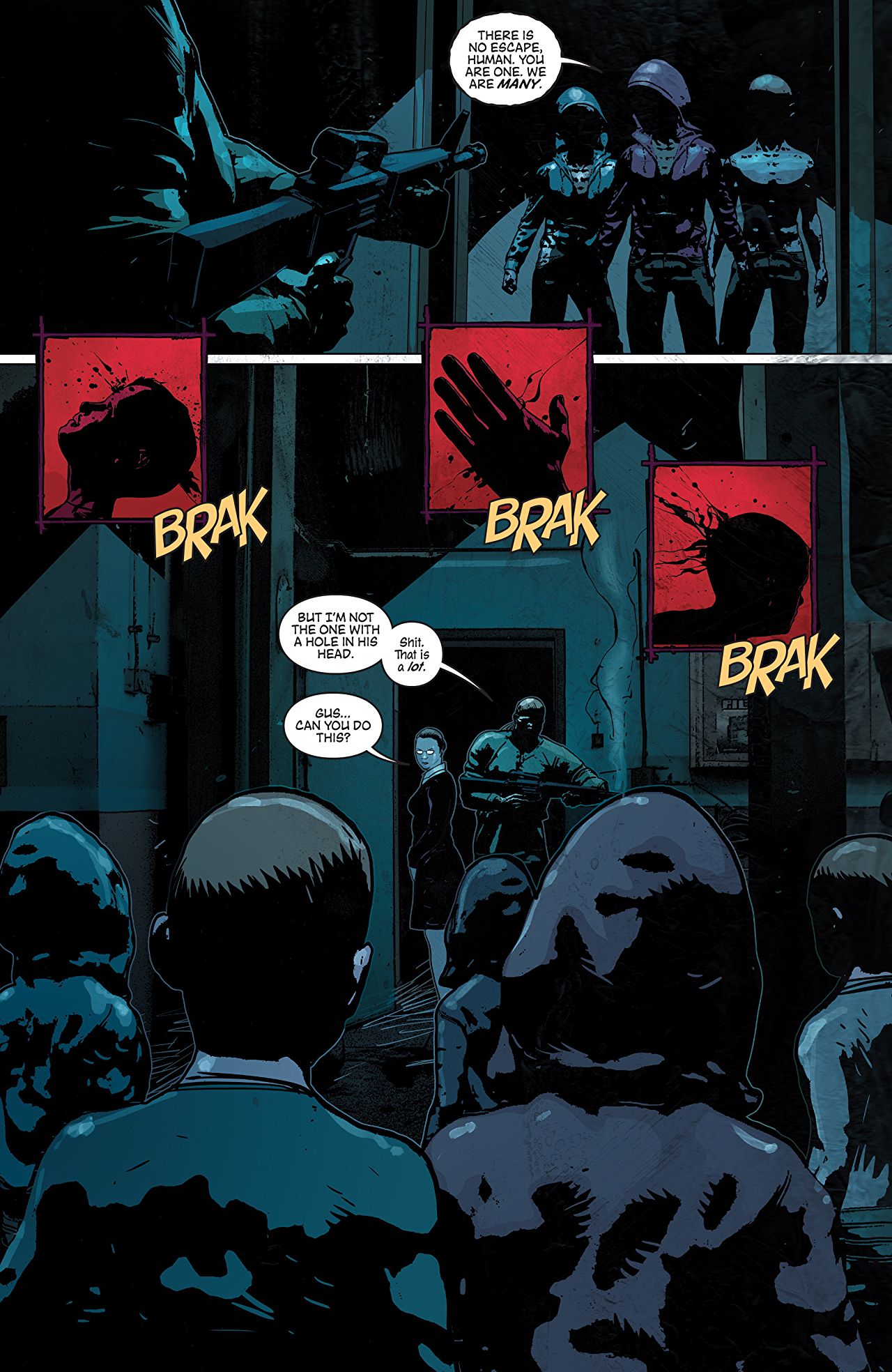 In print horror Jump Scare’s don’t work however Horror Comics still can be scary. One of the best aspects of Black Eyed Kids series is that it utilized the writing and artwork to evoke tension, uneasiness, dread, and despair. The reader knows these kids are out there plotting and we see the protagonist deal with the Unknown never knowing where Joe Pruett will take the story. The writing creates a great suspenseful mystery as these kids can strike in various ways at any time. Will these people survive, will they be intact only one way to find out.  As a mystery fan, I can’t wait to see what happens to these protagonists and how these Black Eyed Kids will strike next. Szymon Kudranski’s art is eerie and provides the perfect backdrop for these creatures. The art and colors used by Guy Major show an eerie landscape and aide in showcasing the tension that the characters are experiencing. 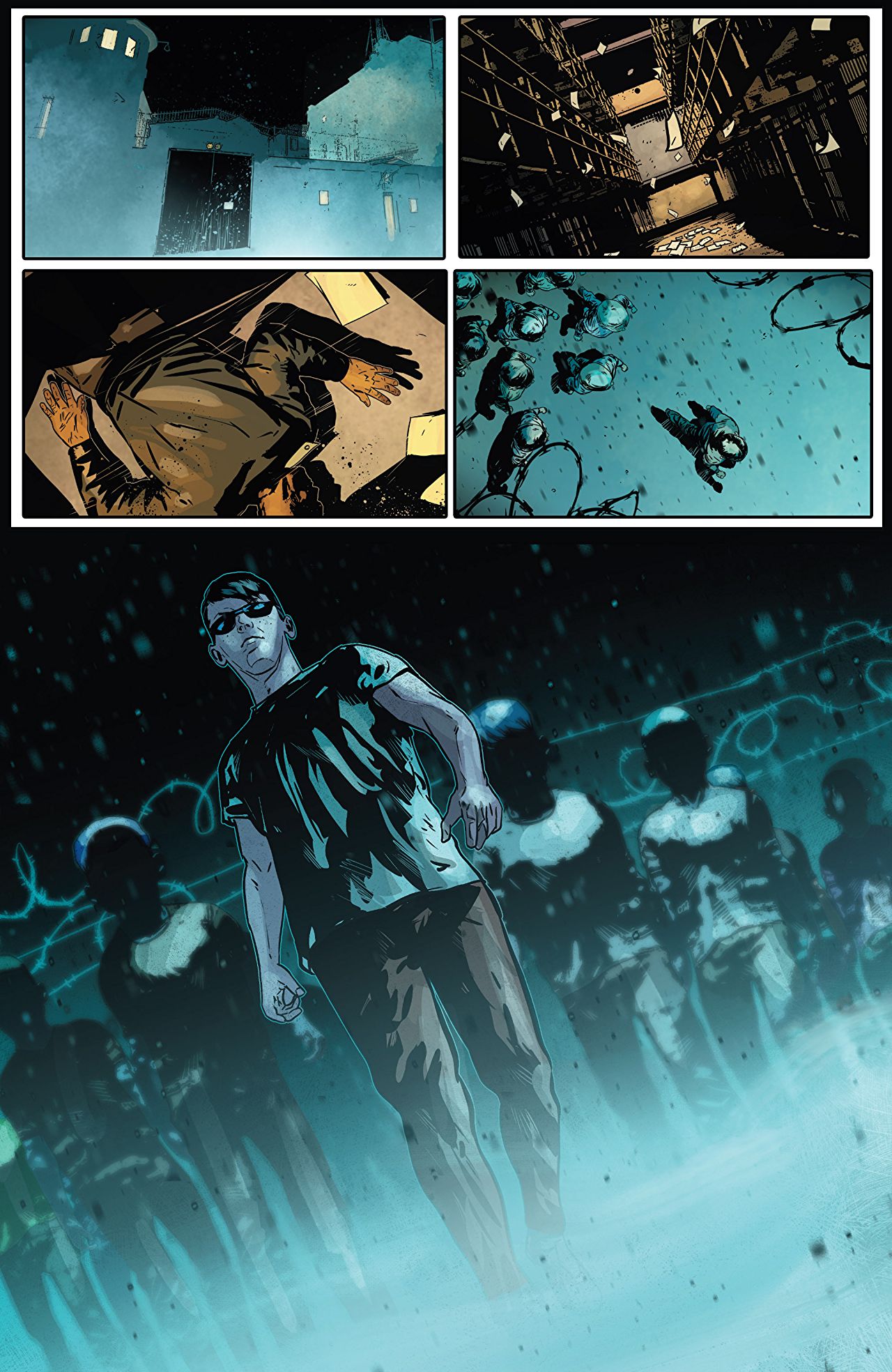 Black Eyed Kids is a showcase in horror storytelling. The Writing of Joe Pruett with the Art from Szymon Kudranski create a tension filled, eerie, spooky, scary horror story one that has me hoping and leaves you wanting for more in a good way.   Remember the Black Eyed Kids are out there watch out or they will get you. Also, the cover art from Francesco Francavilla is fantastic easy to see why he’s such a revered artist and one of my favorites. 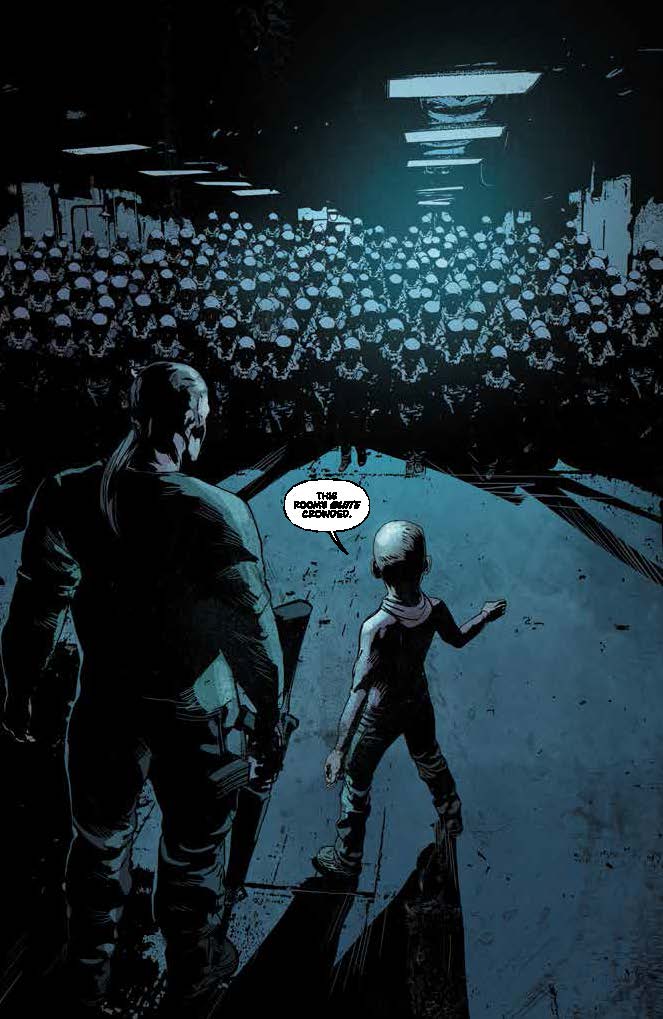