Black Eyed Kids #14-Review By Ashish Thomas The Black Eyed Kids is a great horror comic which keeps getting better with each issue. Check out our previous review of...
by Ashish September 20, 2017 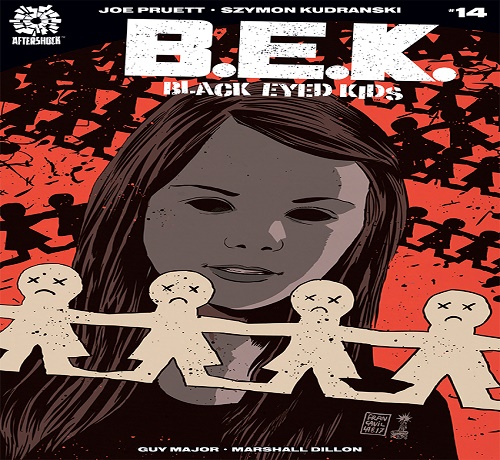 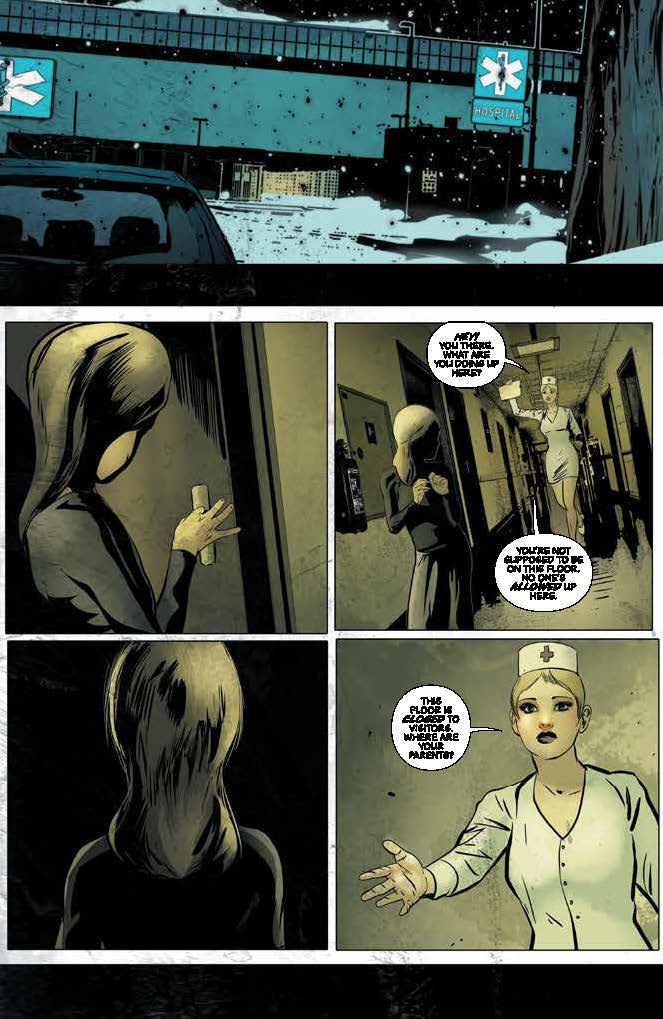 If there was one issue that was shocking to read it is this one, this issue is a big one for humanity, and the Black Eyed Kids the Black Eyed Kids continue to move to their overall goal what that remains a mystery.  The issue begins quite chilling with a scene at the Hospital.  Gus has been wounded, one of the Black Eyed Kids is in the Hallway where a nurse stumbles upon her. The Black Eyed Kid threatens the nurse saying her parents are dead and leaves. The nurse finds the body of Gus it seems his daughter killed him.

The Issue goes to a house where the leader of the Black Eyed Kids has Michaels family and others in a standoff. The Leader is taunting Michaels family taking out a couple of family members. We see Meredith and Reece outside in the car plotting to enter the residence. We see a teenage Black Eyed kid appear with news for the Leader. The child he has been waiting for has been born in Salt Lake City and is unprotected.

We see the leader attack another when Reece and Michelle enter Guns blazing. The Leader finds that one of his followers has been killed which makes him offer a proposition to Michael to become the favorite.  The Leader also reveals to Michelle that Gus has been killed telling Michelle she is the important one, asking her to remember her past.  The leader states that Michelle knows where the children are that this was about the children. We then see Michael turn the gun on the leader and chaos ensues. The next scene left me in shock and to find out what happened, and if the humans get away, you have to pick up the book.

Another great Black Eyed Kids issue and wow the last few pages had me shocked. Do yourself a favor if you’re a fan of the series this is a must buy issue. Joe Pruett continues to shock and awe with this issue. It seems we will be finding out more about what the Black Eyed Kids are looking for and who the baby in Salt Lake City is.  Again Fantastic art from Szymon Kudranski and Colors Guy Major continue to make this series creepy and eerie. Again this issue shocked and awed me several parts made me scream WTF a mark of a good series. Do yourself a favor and pick up Black Eyed Kids #14 it only gets better. 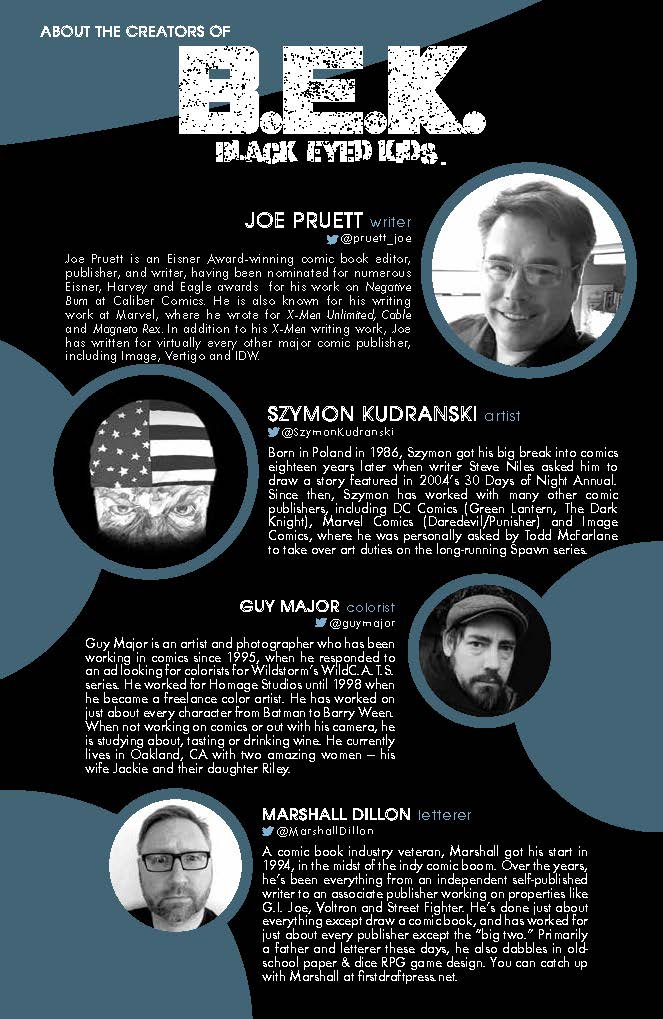 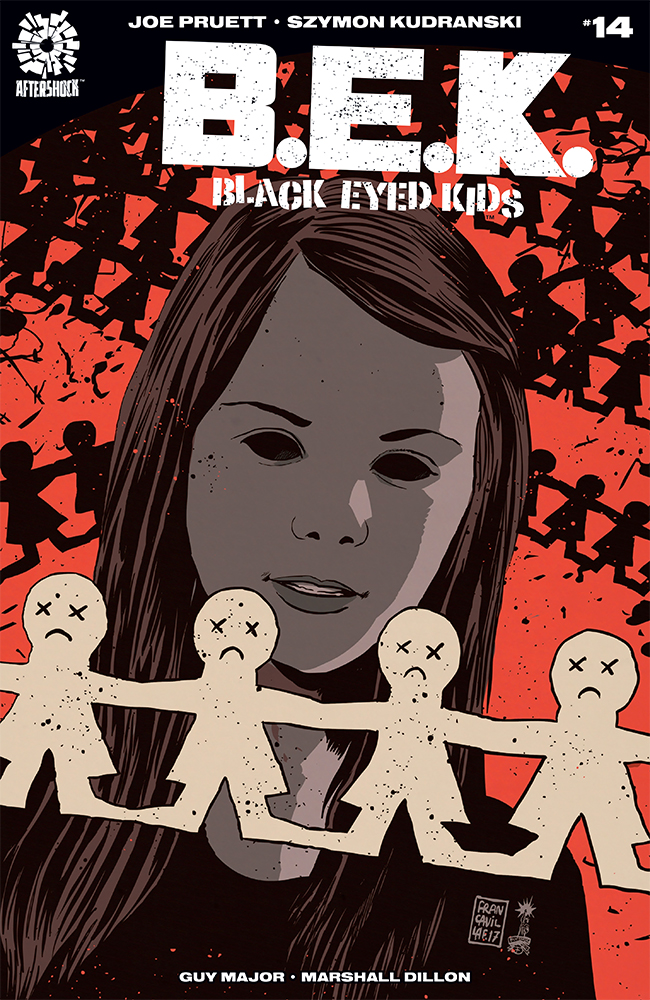