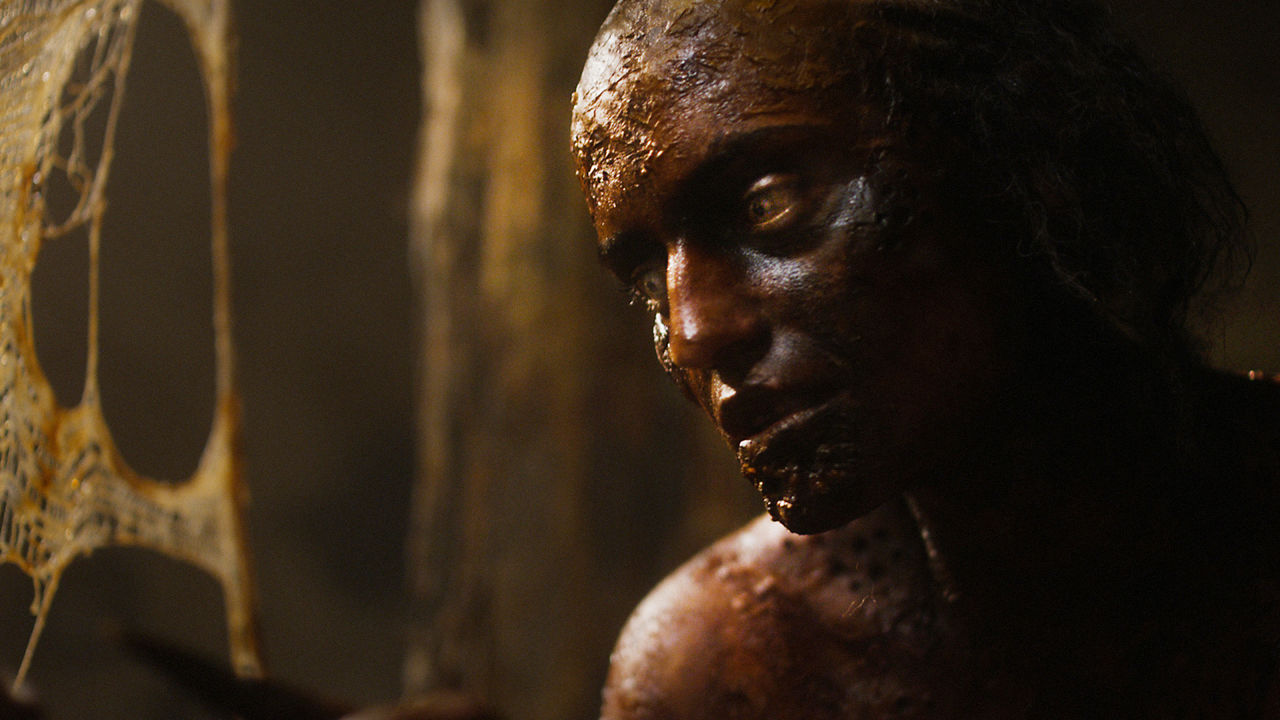 Bite (2015) is a movie that’s been highly anticipated by many horror fans, myself being one of them – mainly due to the fact that two people fainted, one puked, and one fell down and hit her head due to just how disgusting it was during a screening at Fantasia Film Festival in 2015. After finally waiting to see the film, I have this to say:

Give me a break.

I’m not doubting what happened to these people – I’m just seriously confused as to why they had such adverse reactions to the film. Quite frankly, Bite is not a very good movie by any means. It’s got some pretty good practical effects, but the story falls flat on its face and the acting is so laughably bad that it makes an original Hallmark channel movie look like pieces of cinematic gold. So why in the world were people puking at the grossness of this film? 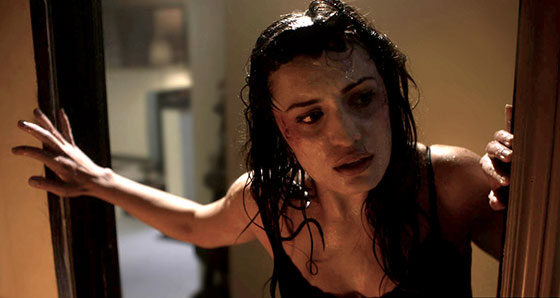 It follows the story of a young, soon-to-be-married woman named Casey (Elma Begovic) who gets bitten in the water by some sort of strange insect while on her bachelorette party in Costa Rica. Shortly after returning home, she begins changing into…something. Something sticky, weird, and only sort of gross.

While I’m usually incredibly easy to please when it comes to horror movies, Bite just underperforms in almost every way. While it’s decently shot and has an okay soundtrack to accompany it, the story is bordering on the nonsensical. It’s like if you took David Cronenberg’s The Fly (1986) and stripped it of any and all substance, leaving only a gooey residue. It’s a little bit gross, sure – but nowhere near vomit-inducing, which is what seems to be the sole purpose of this film. 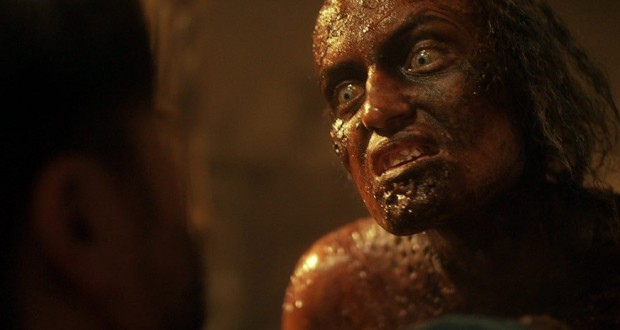 It’s strange to go after a film for not being gross enough, as that seems like a very unreasonable complaint, but it’s clear that the film is just flailing and struggling to disgust you and just failing miserably. Bad acting can be forgiven by a decent story, while a lackluster story can be forgiven by top-notch effects, but when the film fails on all of these fronts, it has no legs left to stand on. We are left with, instead, 90 minutes of disappointment.

You can never be upset with a film for not living up to the hype, as the hype for a film can only be as strong as you make it out to be. It’s not the hype that I have a problem with here – it’s the fact that it’s just not a good movie, put in the most basic terms. I’m a bit confused by Chad Archibald, the writer and director, as I can’t figure out what exactly he was thinking. The premise is good, and the story, though nothing new, had the potential to create something that could really have been an awesome throwback to the classic gross-out films of the 1980’s, but the charm, the spark, the fun, is just not there.

Here’s another ridiculous plot point that Bite repeats not once, but every single time someone new comes into Casey’s apartment: her living space, for some reason, becomes covered with little baby bug eggs and grime. Repeatedly, a new character will enter the apartment and only become slightly concerned. One, her landlord, barely even seems to care. They coyly ask, “Casey? Are you like, there? Or something?” as if there is a slight mess on the floor. It’s completely nonsensical and happens like clockwork every single time a new person enters the room. It didn’t work the first time and it certainly did not work the third.

If there’s one thing the film has going for it, it’s the special effects. They’re pretty good. Not great, but pretty good. Had Bite been released in 1983, it may have been acceptable. Unfortunately, the year is 2016 and we’ve come extremely far since the 80’s – Bite just does not have an excuse.

The Geeked Gods Score 1/5 or