Beyond Ender’s Game: Where to Go After Book #1 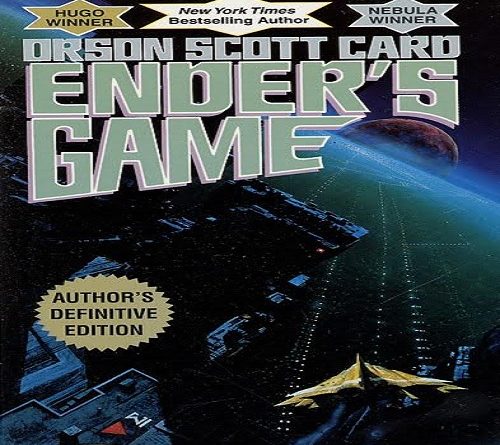 Where to Go After Book #1 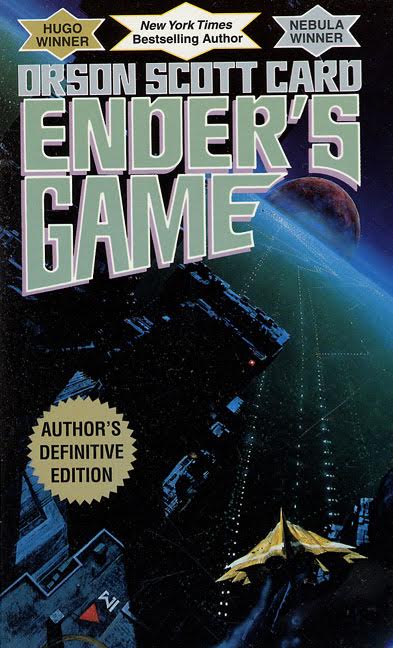 If you’re a sci-fi fan, you’ve probably already read Orson Scott Card’s Ender’s Game. Heck, lots of high schools are now assigning it in English class, so there’s a growing number of non-nerds who have read it too.

But even though Ender’s Game has one of the most gripping and thought-provoking stories out there, most readers don’t continue reading the rest of the series. To be fair, it’s a great standalone novel, but with over 40 books published, Orson Scott Card is hardly one hit wonder.

Here’s the problem though: There are actually two paths you can travel after you read Ender’s Game. You’d think reading the sequel, Speaker of the Dead, would be the obvious choice, but it’s not that simple. Your other option is reading Ender’s Shadow, which tells the story of Ender’s Game from the perspective of a side character called Bean. Bean’s Shadow series doesn’t have Ender in it at all, but it actually comes chronologically before the next Ender book (Speaker)…so yeah…it’s complicated.

Lucky for you, I’ve read both paths and am here to help you choose. 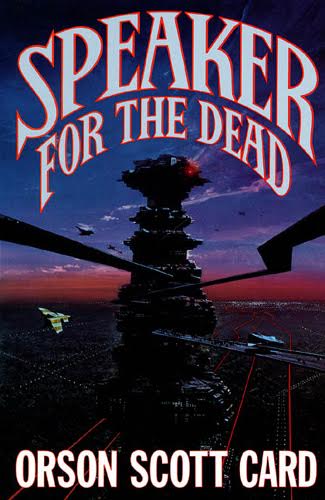 Starting with Speaker for the Dead, this path follows Ender’s life after the Bugger War. Sounds like the perfect place to start after reading EG, right? Well, not so fast….

Cons: You see, Ender is no longer a kid. Speaker starts when he’s around 35 and you learn very little about his teenage and early adult years. Also, it has been over 3,000 years since the war that made him famous (thanks a lot, relativistic travel!). So there are very few plot or character connections between EG and Speaker.

When I first read it, I actually wondered if I’d picked up the wrong book. Because the first few chapters never mention any of the characters from EG And did I mention that there’s a ton of Portuguese phrases being thrown around? What the heck, right?

Have I scared you away from this book yet? I hope not, because the truth is that Speaker is fricken’ brilliant.

Pros: While Speaker might not have many similarities to EG on the surface, the themes it wrestles with bridge the divide. Does that sound kinda literary? Well, it is. This is a book that  asks hard questions about deep issues and doesn’t pull punches. All the questions that about aliens EG’s ending hints at become spotlighted in the books that follow.

Should humans colonize planets with aliens already living there? How do you coexist when the aliens have disturbing customs they cannot explain? What should you do when you suspect the aliens are linked to the disease that is wiping out humans? To make matters even more complicated, the human characters on this planet are Catholic, so you get all sorts of great struggles about whether aliens have souls.

By the time Ender is brought on the scene, you’ll be so hooked into the mysteries surrounding this planet that his appearance is simply the cherry on top. The rest of the series follows in kind, each raising the stakes, adding complexity, and challenging the reader to question their assumptions. 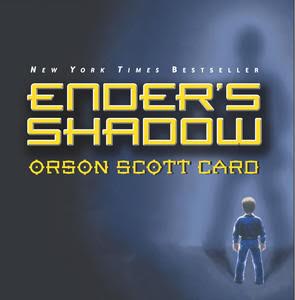 You remember Bean from Ender’s Game? He’s the kid who’s introduced halfway through the book to give Ender a friend who’s an equal. If you’ve just finished EG and you want to pick up right where you left off, following Bean’s story is the route to go.

It’s called The Shadow Series because all the books are about Bean trying to succeed in the shadow of Ender’s legacy. In fact, the first book, Ender’s Shadow, retells EG from Bean’s perspective, showing the parallels between the two geniuses.

Pros: Because Bean goes back to Earth after Battle School, you get to follow not only his story, but the stories of the other Battle School kids you grew to love in EG. You also get to see some of Peter Wiggin’s rise to power, which is pretty fun to read about.

There’s a lot more political intrigue and war room drama in Bean’s series compared to the philosophical leanings of Ender’s path. It has a faster pace and more action, sometimes feeling like a spy movie, with all the characters bluffing and trying to outmaneuver each other. I also learned so much about the culture and politics of India, Japan, and China that are totally relevant to global policy today.

Cons: While the Shadow Series is more of a page turner than Ender’s series, I felt like there wasn’t as much meat on the story’s bones. Bean’s enemy, Achilles, isn’t as complex as Peter Wiggin was in EG. And Peter…well, without giving too many spoilers away, let’s just say that while he has a presence in this series, I felt like he was a watered down version of his character from EG.

So which one should you choose? Good news: There is no wrong answer. Definitely read both, but where you start is up to you. I personally preferred Ender’s series, but it does take a lot more patience, so if your favorite parts of EG were the battles, you might want to try Bean’s books instead.

Extra bonus advice: Try listening to the Speaker for the Dead audiobook, rather than reading a hard copy. It will keep you from tripping over the Portuguese whenever it pops up AND it’s a lot easier to understand the meaning when you hear it spoken.