Nowadays, it seems that everything comes from comics – movies, TV, games… really anything! But believe it or not, sometimes the script gets flipped and a popular television show... 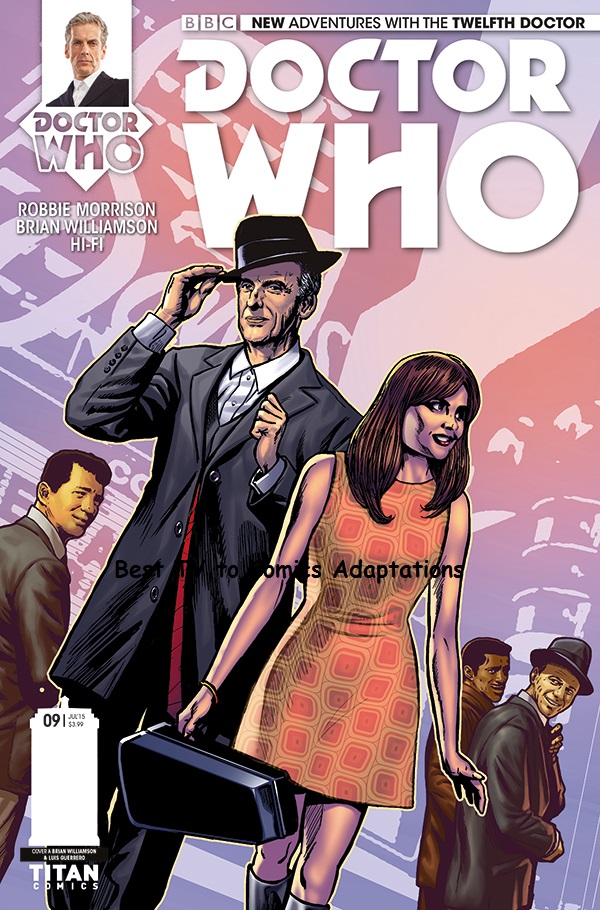 Nowadays, it seems that everything comes from comics – movies, TV, games… really anything! But believe it or not, sometimes the script gets flipped and a popular television show gets made into a comic book.  Here are our picks for best television show to comic book adaptations. (And don’t worry – we’ll tell you which TV to CB series to avoid in a different article!) 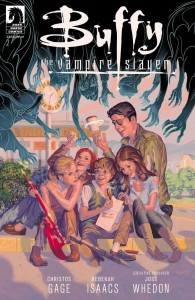 Technically now in “Season 10,” the comic book series has gone places the television series never could – even with seven complete seasons on television.  Since graduating to comic books, Buffy has gotten weirder and more supernatural (yes, really really).  Because the series isn’t restricted by actor availability, set budgets, and other TV staples, the authors and artists have a lot more creative freedom with character appearances, story location, and special effects. Did you ever think you would see Buffy and [fan favorite Buffy­-verse character spoiler alert!] Angel fly through outer space together? Yeah, we thought not. 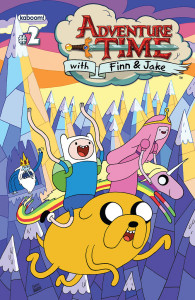 Just calling this comic “Adventure Time” doesn’t do it justice. KaBOOM! Studios printed a highly successful comic book series based on the Cartoon Network hit, but it also produced several spinoff miniseries, including Adventure Time: Marceline and the Scream Queens, Adventure Time with Fionna and Cake, Banana Guard Academy, and plenty more to go along with it.  These series are all penned by different writers and artists, and they expand the Land of Ooo in an easily accessible and fun way. KaBOOM! has done a great job appealing to current Adventure Time fans and to future ones. 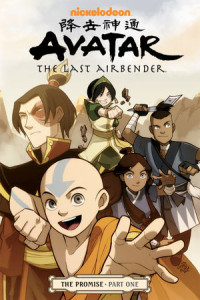 A great television series getting an equally as great comic-book follow up? It’s like a dream come true.  The Avatar comic books (which, technically, are more like graphic novels) detail the messy politics that come with rebuilding the Fire Nation (and the planet as a whole) now that Zuko reigns as Fire Lord. The creators of the books have been able to breathe new life into Katara and Aang’s relationship (without making it sickeningly sweet, which is a noble achievement) and the adventures of the gang adhere to the continuity of the television show.  Also, remember that annoying cliffhanger about Zuko’s mother? Thanks to Dark Horse, that’s not an open-ended question anymore.

While it’s not a replacement for the TV show, the comic book series is a great accompaniment to the current series, radio dramas, novelizations, and all other mediums for wibbly-wobbly timey-wimey Doctor Who stories.  Multiple doctors and companions are featured in varied adventures, but the comics add to Whovian continuity by creating characters and creatures of their own. An example? After leaving Donna Noble behind, the 10th Doctor meets and travels with Gabby Gonzales – the first Latina companion. Cool, right? 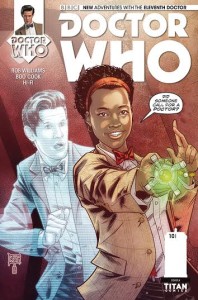 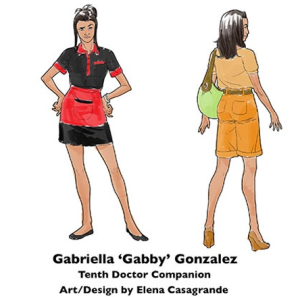 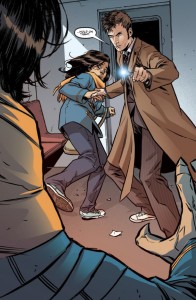 Nineties kids thank you, Oni Press.  Invader Zim.  After a too-short cartoon run on Nickelodeon, Invader Zim’s story returned last summer with a new monthly comic that features the original creative team.  And not just the concept artists and writers, some of the voice cast (Rikki Simons, who voiced Gir) is pulling double duty to contribute to the physical creation of the series.  Invader Zim the comic book is still relatively new, but so far it has been true to the tone of the show and we can’t wait to see where it goes. 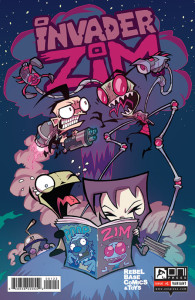 Yes, we know that opinion of comic books completely vary and can be subjective. Did we miss any or do you think there are some that shouldn’t be on this list? Let us know in the comments below or on Twitter!