The universe is vast, maybe even infinite. Exploring the unknown reaches of space is a common theme in fiction, but books, movies, and even video games are limited in...
by Jake Hill July 24, 2017

The universe is vast, maybe even infinite. Exploring the unknown reaches of space is a common theme in fiction, but books, movies, and even video games are limited in the scope of presenting places where no one has gone before. But tabletop RPGs are only as limited as your imagination. Here are some of the best science fiction tabletop RPGs.

The first session of Diaspora is one of my favorite RPGs. With a simple and very prescribed set of rules, everyone creates a planetary system, including levels of technology, economy, and cultural quirks. You then map your system, figuring out which planets are linked through slipstream pathways. Only then do you go on to create characters. 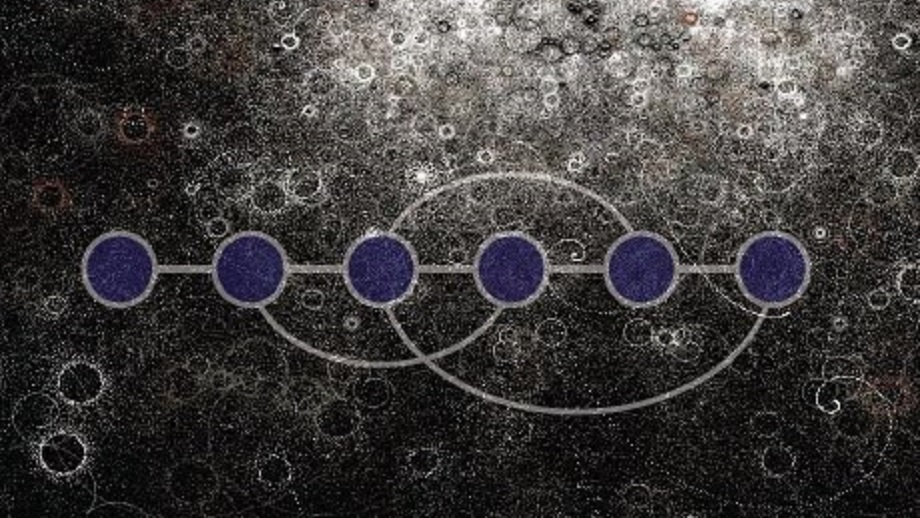 The process is completely collaborative, and can support just about any sort of story. What makes it great is how it brings a piece of everyone into the setting. In so many RPGs, a huge pressure is placed upon the gamemaster to create a world, and so often the players say they want one thing, only to smash it and careen right off the rails. Diaspora avoids this by bringing everyone’s quirks and ideas to the table at once, and reconciling them becomes the story. 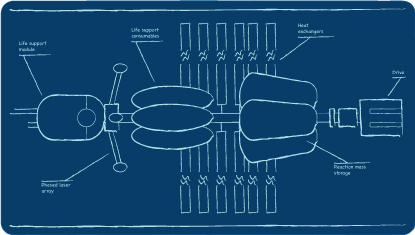 Check out Diaspora’s at the VSCA Publishing website here

Check out Diaspora at the Board Game Geek website here

The Gumshoe System is unparalleled in its ability to create good mystery RPGs, and the sci-fi game Ashen Stars is well crafted for adventures in deep space. Taking place in a section of space after a big war, the players are a ship full of  Licensed Autonomous Zone Effectuators or LASERs. Basically, a team of bounty hunters and investigators. 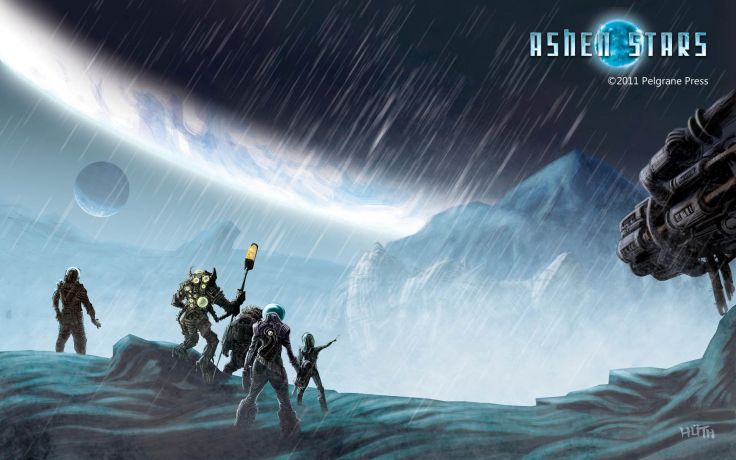 Ashen Stars sets up a bare-bones space opera, with a number of different playable (and well balanced) alien races, but leaves big enough holes that the players and the dungeons masters will have fun filling them in. After an alien race ravaged your section of space, the only justice is what your LASER crew makes. The thing is, no one remembers what those aliens looked like. Was it because of a space weapon? A virus? A super-psychic blast of PTSD? The game calls this the Bogey Conundrum, and it’s just one of the mysteries your LASERs can choose to pursue.

Check out Ashen Stars at the Pelgran Press website here

Check out Ashen Stars at the Board Game Geek website here

For those who like their rules crunchier than a bag of gravel and granola, there is the classic Traveller. One of the densest games of all time, Traveller has an extremely detailed set of rules for creating characters, planets, and ships. There’s a prescribed setting, but once you master the extraordinarily complicated rules, you’ll be itching to make some planets of your own, and to calculate the interplay between gravity, atmospheric composition, climate, and government. There are tables for everything, and I can’t stress this enough- it’s unforgivingly complex. But it’s also an unparalleled system for dreaming up strange new worlds. 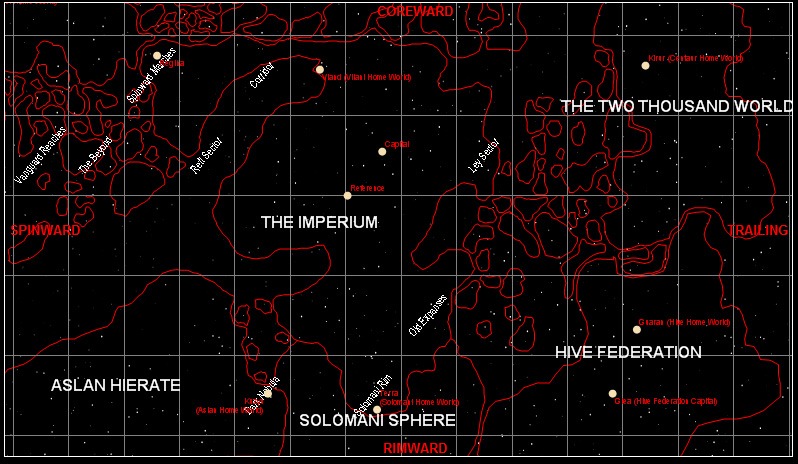 Check out the Traveller at the Far Future Enterprises website here

Check out the Traveller at the Board Game Geek website here

One of my favorite games is Eclipse Phase, a transhumanist masterpiece of a setting that’s so intriguing, I regularly find myself re-reading the sourcebook for fun. In short, the gimmick is that bodies are disposable, so the game treats them like equipment. You can level up your mind and body on separate character sheets, and upgrade or buy a new body as the story progresses. 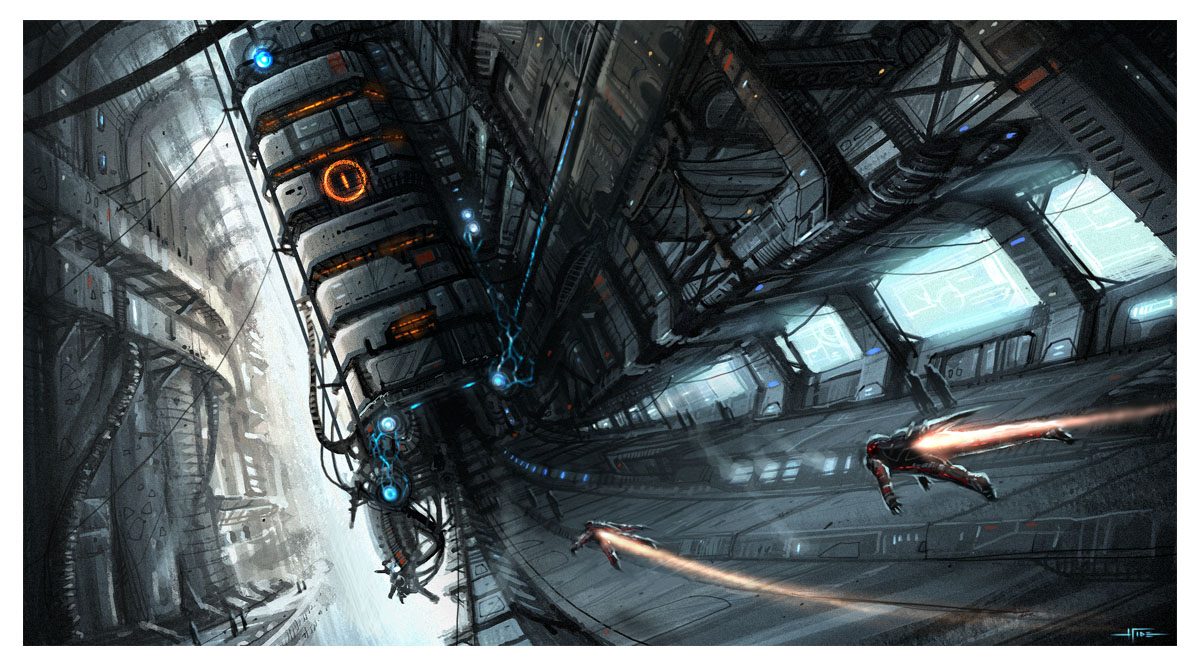 In terms of space exploration, you can play a gatecrasher. There are a number of mysterious gateways called the Pandora Gates, each leading to a different alien world, full of artifacts, loot, and mysteries. The different factions in the story is desperate to control the Gates, and a campaign can be easily made around a struggle to exploit them. The book intentionally leaves a few of the Gateways mysterious, so you can put whatever horrors and wonders you want on the other side.

Check out the Posthuman Studios here

I’m of the opinion that Star Wars is science fantasy, but the galaxy far, far away is vast and full of wonder. The Fantasy Flight Star Wars RPG is a fun and playable system, so it’s easy to add in planets of your own. Players will assemble a crew that includes smugglers, aliens, droids, and maybe a jedi, they’ll load onto a ship, and they’ll get caught up in the war between the Rebels and the Empire. 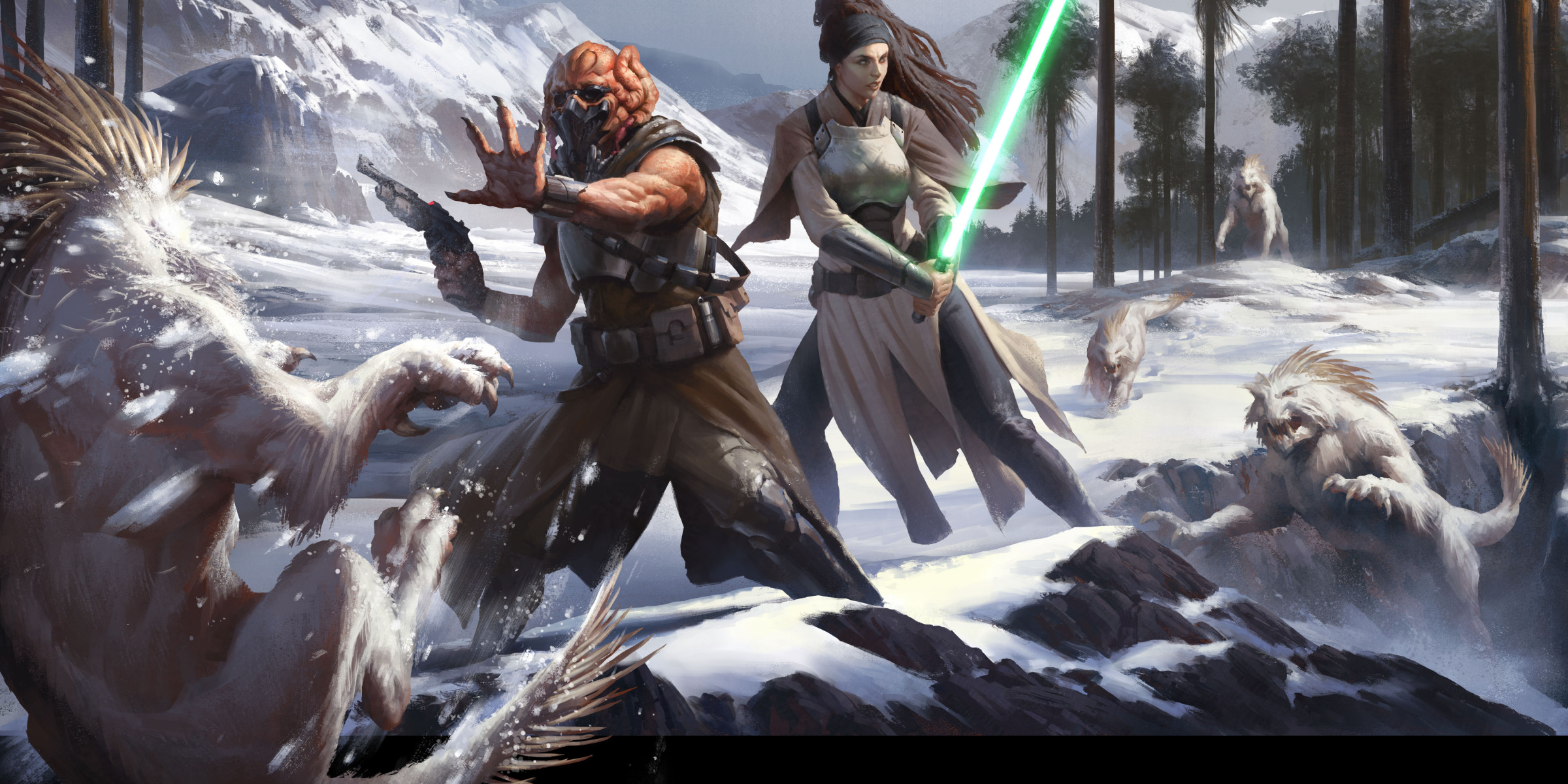 Why restrict yourself to well-covered ground though? One set of sourcebooks is all about the Outer Rim. Dream up some truly crazy worlds, fill them with lost treasure and forbidden knowledge, and see what the players do. Star Wars is so pulpy and two-fisted, planets can be treated like a cursed temple in a forbidden jungle in an Indiana Jones flick. Having the established setting is a great jumping off point to create worlds of your own.

If you’re the imaginative type, filled with worlds that are begging to be shared, grab one of these RPGs. It’s not the same as getting lost in the world of a TV show or a movie; it’s better. You’ll get your friends lost in worlds that came from you.