Everyone has an image of a stereotypical nerd. You know the one, he (and he’s almost always portrayed as a he) is socially awkward, unattractive, unpopular. Although the loser...
by Jake Hill April 21, 2017

Everyone has an image of a stereotypical nerd. You know the one, he (and he’s almost always portrayed as a he) is socially awkward, unattractive, unpopular. Although the loser nerd is a pervasive image, every so often pop culture gives us a fun nerd, one we would want to be friends with. This is best exemplified by portrayals of that most nerdy of pastimes, the game of Dungeons & Dragons. Here are a few times that media has made Dungeons & Dragons to be the awesome game it is.

Let’s start with one of my favorites. Community is no stranger to doing heightened genre spoof episodes, but instead of putting the study group in chainmail and have them run around a field, this episode actually had them play D&D. The whole thing is played around a table, and besides some gags with music and sound effects (which a good dungeons master should have no problem adding to a game), it shows what a real D&D game could look like. The results are hilarious. From Britta getting a bit too into the civil rights of gnomes, to Annie seducing an elven maiden, the characters are totally believable as they try out the game for the first time.

This being an episode of Community, it ultimately comes down to Jeff learning an important lesson, but even those heightened stakes never impact the portrayal of the game. The show later attempted a sequel, and while it had some good moments, it’s hard to live up to this all time classic episode of television.

Freak and Geeks: Discos and Dragons

This show always prided itself on a raw portrayal of the angst and coming of age of the 80s, so it’s no surprise it absolutely nailed D&D. The greatness of the conceit comes with James Franco’s Daniel. Daniel is a cool pot-smoking social outcast, he doesn’t really want to play with these movie and fantasy loving dweebs. He goes in with the intention of sabotaging the game and not taking it very seriously, naming his dwarf character Carlos.

Dungeon Master Harris turns out to be brutal, but Daniel’s quick thinking helps the party overcome his punishingly hard dungeon. Daniel’s lack of familiarity with the rules has him paying attention to descriptive detail the more experienced players glossed over, and he manages to save the day. The triumphant smile Daniel gives his new friends may be the greatest moment in James Franco’s acting career. 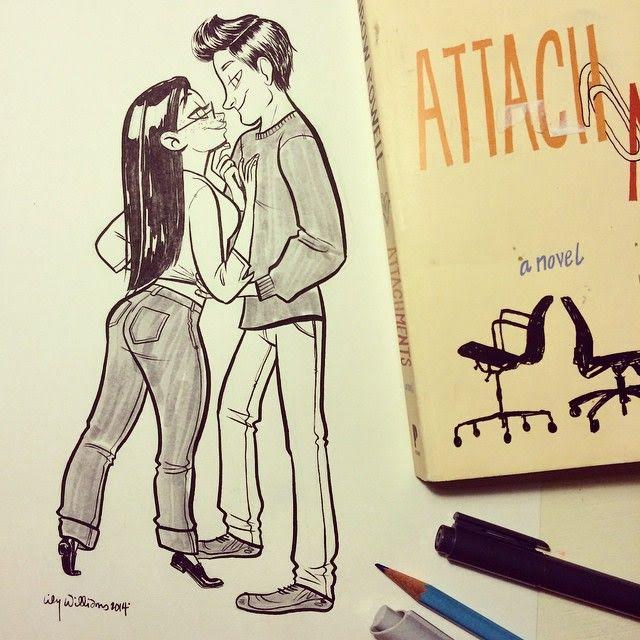 Rainbow Rowell is a writer of romance stories with a nerdy flavor, but her D&D playing characters in Attachments warm my heart. Our romantic lead is Lincoln, who’s prepping a newspaper office for Y2K in 1999. His two buddies from high school are now married with kids, but they are living their D&D lifestyle large. They still have a rec room in their basement full of weird fantasy chalices and other props. They’re both described as being fairly attractive, but their wedding was almost certainly Renfaire themed.

Later in the book Lincoln tries throwing a housewarming party, which ends up being pretty lame. His high school friends brought some dice though “just in case” and an impromptu and somewhat silly game starts on Lincoln’s furniture-less apartment floor. D&D players on TV tend to be kids, or very weird adults. The players in Attachments are functional, sexy adults who love to rep their favorite hobby. They are most similar to the D&D players I know in real life. 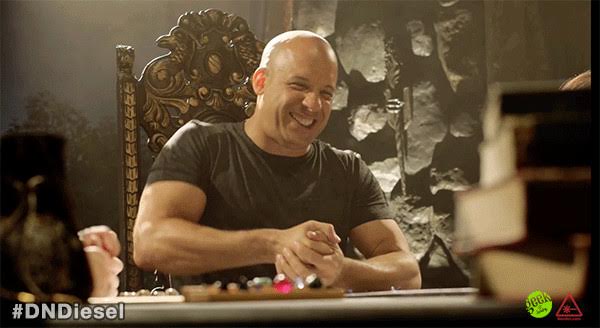 The musclebound star of the Fast and the Furious movies has never explicitly made a D&D film, but he still reps it as an unofficial ambassador all the same. The actor’s go-to fake tattoo for his movie characters is to write “Melkor” in Elvish, his main character’s name. While filming The Chronicles of Riddick, he taught Dame Judi Dench how to play, and she Dungeon Mastered for her grandkids. If that doesn’t warm your heart, I don’t know what does. Next time you need a photo of what a real nerd looks like, use one of Mr. Diesel.

“Rat Queens” isn’t a portrayal of D&D per se, but it’s still a wonderful introduction to what the game can be like. The comic follow four fantasy creatures and besties, Hannah the Sorceress, Dee the Necromancer, Violet the Dwarf Fighter, and Betty the Smidgeon Thief (it’s like a Hobbit) as they kill goblins, do drugs, and party hard. The whole world of “Rat Queens” follows D&D logic, and the characters talk to each other like veteran players. The fight they have about the lame loot goblins drop is real to them, but is one you hear from any experienced players. 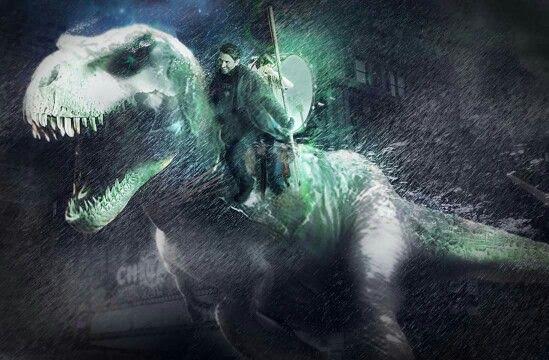 D&D isn’t central to The Dresden Files series of books, but when it shows up, it’s always delightful. Harry meets up with a gang of werewolves in the second book, and they become his constant friends and allies. Due to magic not playing nicely with technology, Harry can’t go for high tech entertainment, but rolling dice works just fine. Harry creates for himself a muscled barbarian who knows nothing of magic, and plays him whenever he needs a break. The gaming group is totally diverse and represents a wide range of gamers. 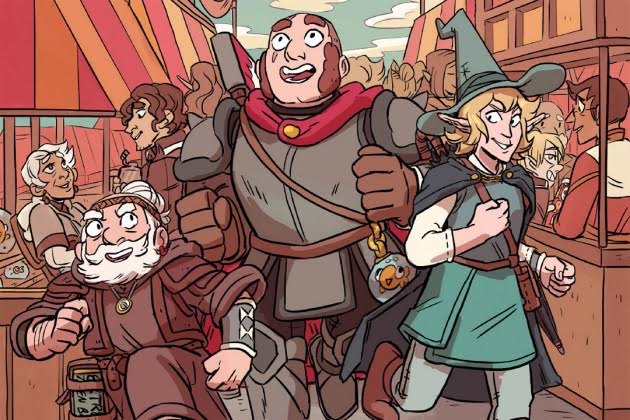 Of late, the podcast “The Adventure Zone” has been the best gateway to D&D in all of culture. It caused a group of friends from college to start playing for the first time. For the uninitiated, it features the three brothers McElroy (of My Brother, My Brother, and Me fame) and their dad playing a game of D&D. The game isn’t played all too straight, but as they continue, they start creating a rich mythology and cast of characters. Griffin McElroy is an excellent Dungeon Master, taking his cues from everything from Agatha Christie to Mad Max: Fury Road, but always keeping it fantasy flavored.

If you’re a gamer looking to rope some skeptical friends into joining you for your favorite pastime, why not start them with one of these? By showing them what a good game of D&D could look like, and representing different kinds of players, you may help your friends get through their preconceived notions, and into rolling d20s to defeat a displacer beast.