You suggest playing a game and, much to your (and my) chagrin, someone cringes, WHAT DO YOU DO? 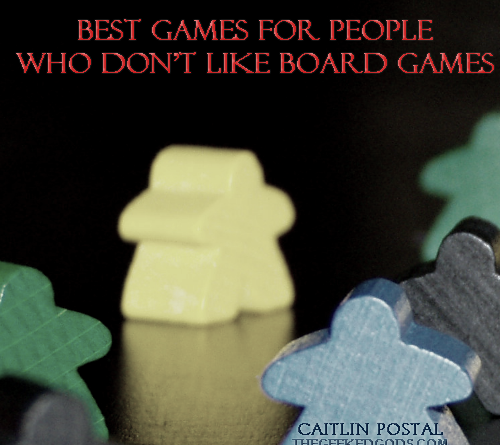 Picture this: you get together with friends, the long overdue catching up has subsided, and it’s starting to quiet down, but no one wants to go home. You suggest playing a game and, much to your (and my) chagrin, someone cringes. How can you get a game going when the people at the party are hesitant?

Here are my top picks for games that appeal to people who don’t like games.

Welcome to the game of terrible dates. Now, I hate Cards Against Humanity because it’s crass and insensitive, so that will not be on my list. However, Red Flags utilizes the same method of gameplay more successfully (and with funnier cards).

In Red Flags, one person is the “Single” (just like the judge in CAH) while everyone else creates “dates” for the Single through the use of “white flag” and “red flag” cards. This date may be a neurosurgeon and a mermaid (the sexy kind) buuuuuut they may also be an amateur cannibal. Because it uses that simple card-based model, it’s easy to learn and transport, which makes this a great party game. Folks get to commiserate over past relationships while laughing at the hilarious red flag cards (“Is Nickelback” for example).

You do have to be a little nerdy for this one, but it’s an absolute blast even for those who may not enjoy games. In Space Cadets, each player is a bridge officer on a starship with particular duties relating to their task. Space Cadets is really more of individual mini-games that play out all at once in a very brief time period, where each player’s mini-game affects the starship’s overall mission. Not knowing all the rules actually makes this game more enjoyable, since it gives an added flair of “What the hell is happening right now?!” to your game. Space Cadets is a high energy game, so I recommend playing it early in your gaming. 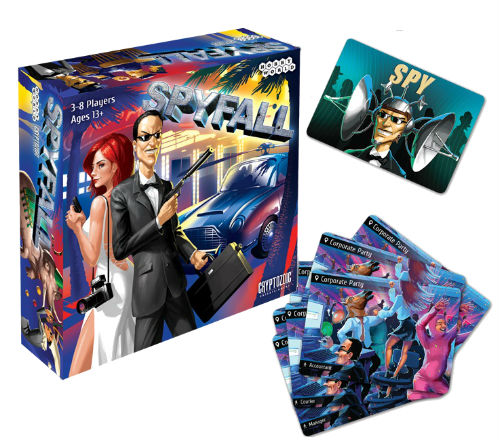 Can I put another card-based game on this list? Because I’m going to. Spyfall is an interactive question-and-answer game where players get a location card (nightclub, university, ocean liner, etc.) and one player gets the Spy card instead of a location. Over the course of the next eight minutes or so, all players participate in a round robin of questions where players “in the know” try to give clues that they know the location while the Spy tries to use those clues to determine the location. I once played a round as the Spy where our location was an embassy, but I was utterly convinced we were on an ocean liner.

Following in the steps of Mafia, Spyfall works as a great question and answer game. It plays quickly, there are a variety of locations, and it’s easy to learn. The box is small, so it travels well. This game is about the art of the lie and who doesn’t like to practice their improvisation skills? Depending on who you play with, you may end up with extremely developed character backstories (like Rico, the former drug dealer turned bank robber, and his pet monkey) or simple one-word answers to every question.

If you hate games but love travel and/or beautiful art, Tokaido is the game for you! The concept of the game is to collect experiences as you travel across the board. It isn’t a cooperative game, but it isn’t necessarily competitive either. The art evokes watercolor paintings and woodblock prints. The gameplay experience is calm and soothing, so it’s perfect for people who hate argumentative or competitive gaming.

As each player travels across the linear game board, they can gain experiences that include visiting hot springs and temples, viewing scenic panoramas, purchasing goods at local villages, enjoying tasty meals, and more. The premise is to be the player who experiences the most, so each experience is weighted with different points. The player who is further behind on the linear track is always the player to take the next move, which means that the person “in last place” is never really in last place.

It is helpful to have one person who is already familiar with gameplay, but it’s such a calming game that you don’t actually need any veteran players to enjoy it. Tokaido is my number one, a go-to board game for people who don’t like board games. Because it’s so restful, this game plays well at any point in the night, though I always like it as a closing game. 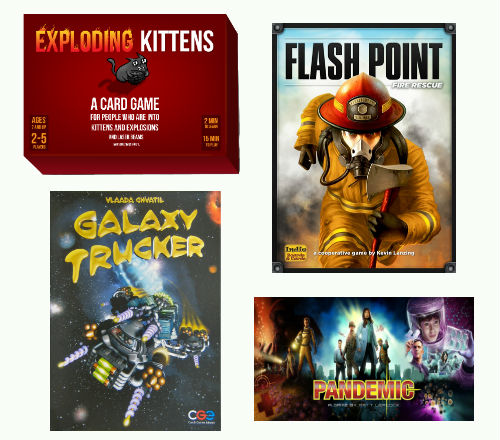 Exploding Kittens: seems fun and easy to play but I’ve yet to play it, so I’m not sure how it shakes out.

Galaxy Truckers: great if you have someone at the helm to guide you but unappetizing if you’re all novices to this game and are playing with someone who doesn’t like games.

Pandemic: a fabulous introductory game that suffers from Alpha Player Syndrome. My first play-through was with veteran players, but I think the rules can be a bit too confusing if all players are new to gaming.

Flash Point Fire Rescue: I’ve heard that this game utilizes the Pandemic style without Alpha Player Syndrome, but I haven’t had the chance to test it out.

With these games in hand, you can turn any night into game night. Tokaido is my go-to game nowadays since it’s so relaxing to play, but I have a special place in my heart for the rambunctiousness of Space Cadets. Have you played any of these games? Let me know what games you would introduce non-gamers to in the comments!