The Belfry One-Shot   The Belfry, Image Comics’ latest one-shot horror release is a rip roaring horror fest that will leave readers wanting much, much more. From the...
by James O'Donnell February 16, 2017

The Belfry, Image Comics’ latest one-shot horror release is a rip roaring horror fest that will leave readers wanting much, much more. From the mind of Hugo-Award Nominated artist/writer Gabriel Hardman (Invisible Republic, Kinsky, Star Wars Legacy), this is a book that horror fans are sure to embrace. 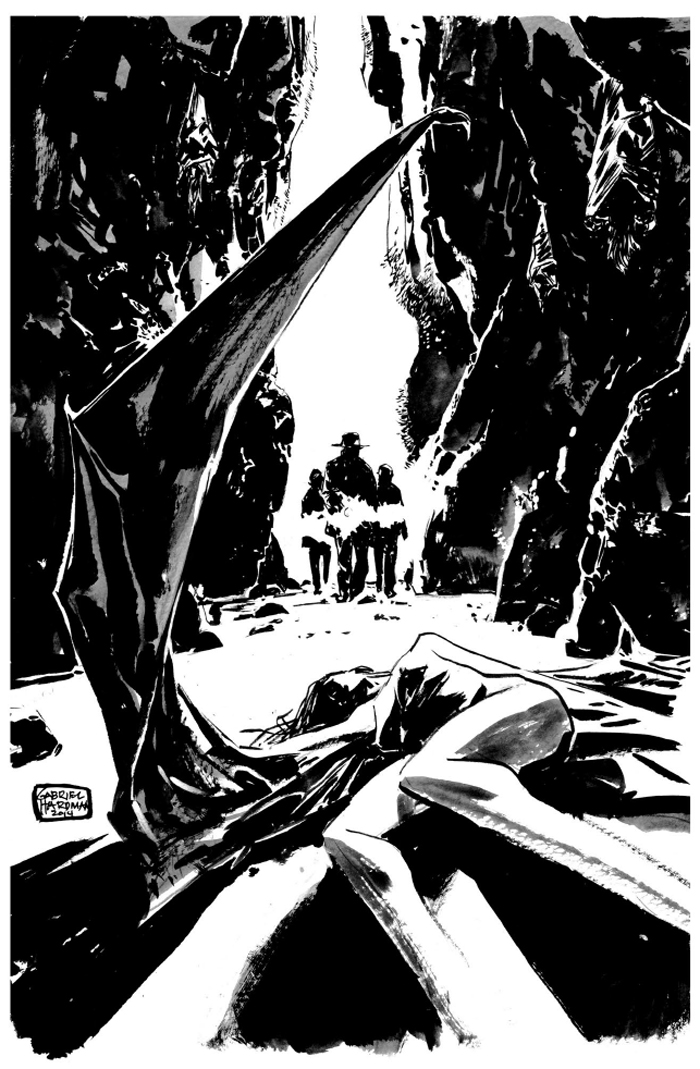 The Belfry tells the story of a group of people marooned in a lush, oppressive jungle after their plane is taken down under mysterious (horrifying hell-beast induced) circumstances. After a brief recovery, one of the crash survivors sets out for help only to find himself smack dab in the middle of the lair of a race of Dusk Till Dawn-style vampires (hence the title). At the story’s unsettling conclusion our protagonist finds himself eternally trapped in a Kafkaesque cycle of violence.

The biggest thing that stuck out about the storytelling in this book is that it reminded me of all the best parts of shows like The Twilight Zone and Black Mirror. A mistake I often see made with some one-off books is that they spend a long time laying the groundwork for a the world they’re building without offering a satisfying conclusion. The Belfry not only gives the reader a strong sense of beginning, middle and end; it allows one to imagine it as an ongoing story that doesn’t necessarily need to be told. 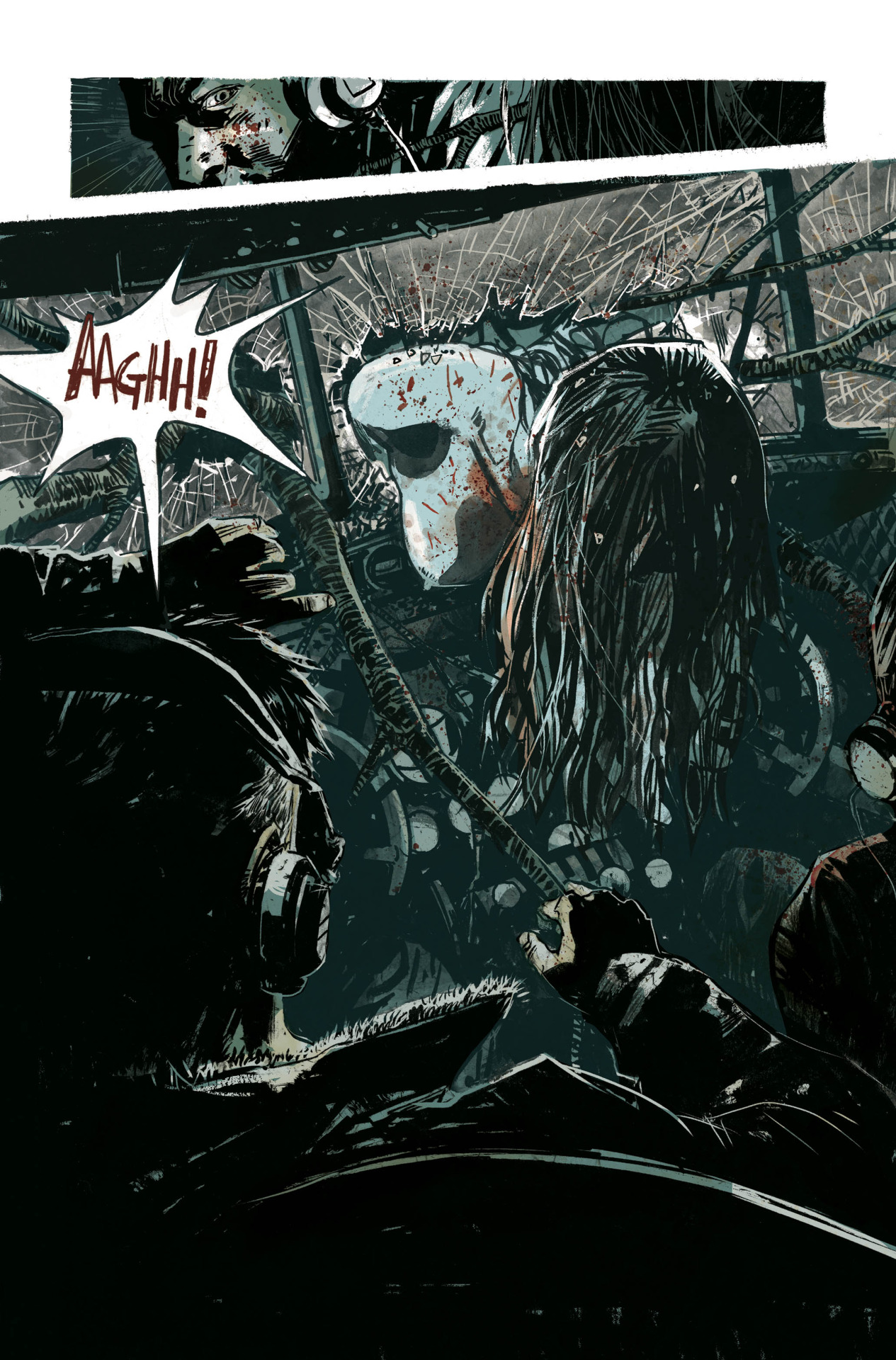 Hardman did well to establish the 50’s B-Movie meets John Carpenter style ascetic that comprises the terrifying jungle of The Belfry. The confusion and fear experienced by the doomed survivors is completely palpable to the reader until the final, incredible panels of this book.

As much as I loved the story of this book, the biggest star of The Belfry has to be Hardman’s artwork. The work he put in to create this dense jungle of madness gives the reader the feeling that the book was hand drawn with charcoal or pastel. One of the absolute strengths of this work is the lack of narration and dialogue. Hardman knew he had a guttural story to tell draped in terror and violence and he it told perfectly with the artwork here. The art driven narrative should serve as no surprise as the story was inspired by a pin up piece that he created a few years ago. Small side note from my artist girlfriend: the rendering of the passenger’s bodies (yes there is a lot of nudity) was absolutely perfect and shows a true understanding of the human (and inhuman) form. 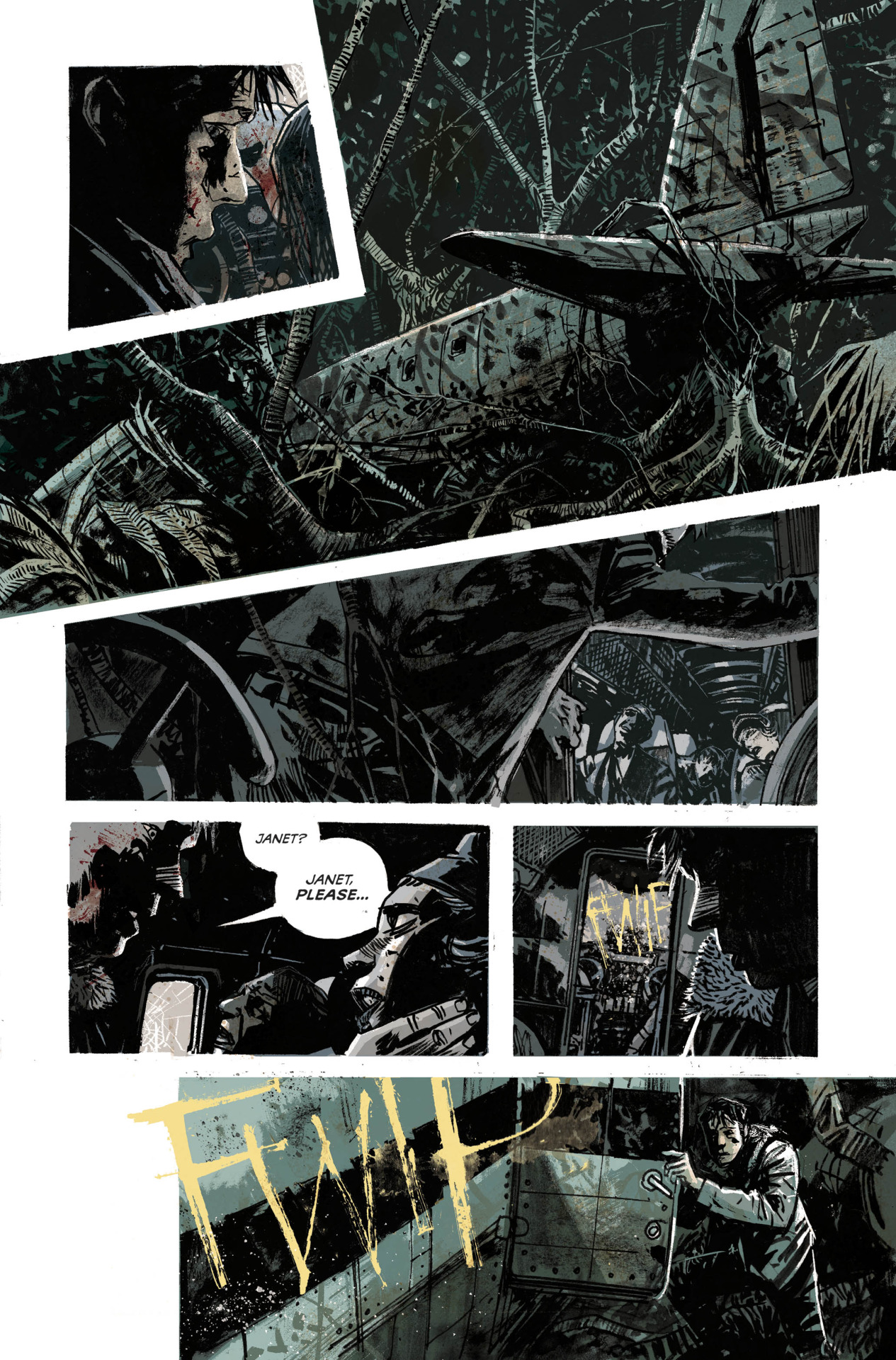 I really can’t recommend this book highly enough. This was a story that was so satisfying that it caused me to exclaim (out loud like a psychopath), “Wow that was really good,” upon finishing the last panel. I’ve re-read this several times and with each read I’ve enjoyed the story more and more. The book hits shelves next Wednesday February 22nd and with a digital/print price of U.S.  $3.99 (cheap!) I call on all fans of gore filled horror to give this one a shot (oh god that was an awful pun).

Written and Drawn by Gabriel Hardman