Batman: Whatever Happened To the Caped Crusader and how those two issues turned into a buying 10 other issues.

Adventures in Collection Vol 1 Issue 2 By Ash Twitter @thatguyash1018     So my love for Batman grew like many others, when I was growing up I was...
by Ashish August 2, 2015 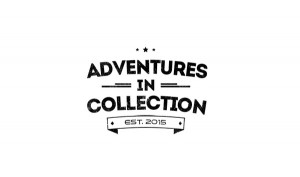 So my love for Batman grew like many others, when I was growing up I was all about Superman, Superman was everything, I remember when I was 5 visiting my grandma’s farm in India and put on a cape, ran around our farm but around the time I turned 10 I discovered Batman.  It was 1989 and the movie had just opened my friends dad took us to see it. We might have been too young ,(this is the same friends dad who took us to see silence of the lambs and basic instinct when we were 13- best dad ever) although I didn’t understand the story and the implications of a masked vigilante , I became a fan for life of Batman, and a love of Tim Burton Movies was born.

I have been reading Batman off and on since I was 10, I remember reading Death in the Family and lamenting at how Jason Todd was killed off, how could they kill Robin but like most people as I got older I went away from comics. I focused on other things every once in a while checking in and picking up an issue here or there but there are gaps in my collecting.

I reconnected with The Dark Knight after reading the Black Mirror series written by Scott Snyder and illustrated by Jock. This caused me to check out Grant Morrison and Tony Daniels run and David Finch’s Batman books. But again didn’t pick up every book up. 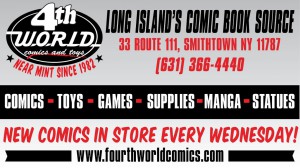 Batman: Whatever Happened To the Caped Crusader?

Recently I was having a conversation with a friend about Neil Gaiman, who is one of my favorite authors of all time. My buddy told me that Neil wrote two Batman issues tied to the Grant Morrison RIP story line. I did pick up a few issues but checked back in with The Return of Bruce Wayne. As soon as I heard that these issues existed I had to have them so I headed to my favorite comic book store, 4th World. I always go to 4th world when looking for issues, the staff is so helpful and they usually have everything I am looking for.

Headed over and asked the person behind the counter if the issues were there it wasn’t behind the counter but they said check the bin which I didn’t think would be there given the popularity of Neil Gaiman. But somehow both issues were there and reasonably priced.  These issue were to mark an end of Batman before the Battle of the Cowl. If you haven’t read them please don’t read further. Neil Gaiman’s starts with Batman attending his own wake, all the rogues gallery was there giving speeches on Batman. There is also a what if type of story which Imagines the Riddler as an actor hired by Alfred and Alfred becoming the Joker which was a hilarious and new take on Alfred, The story was well written by Neil Gaiman and had amazing Illustrations by Andy Kubert  that pays tribute to all the artists who drew Batman previously.  These stories are available in a collected graphic novel here and a deluxe edition here.  The Geeked Gods will be giving away three copies of the graphic novel stay tuned for details on how to win a copy.

After finding these issues I saw the Grant Morrison RIP arc where Bruce Wayne “Died”. Grant Morrison is one of the most imaginative writers out there so since I had nothing to lose I picked up those issues from 4th World.  I read the story line, Batman of Zur En Arrh is one of my favorites. I love the way Grant Morrison breaks Batman in the story line. If you haven’t checked it out do yourself a favor and pick it up Here, this is the collected paper back of the storyline.

Batman: Where were you on the Night Batman was killed

Now doing some research I found that Neil’s works were similar to a Batman arc written By David Vern Reed and Illustrated by Jim Aparo in the seventies where several criminals take credit for killing the Batman. This is unconfirmed but may have been the basis for one of my favorite Batman the Animated Series episode Almost Got ‘Im . If you have never check out those stories I suggest you do, it’s amazing to see how the Riddle, Lex Luthor, The Joker and The Catwoman take credit for “offing” the batman.

Thanks for reading the article

Now for the giveaway

We are giving away three paperback graphic novels of DC Comics Batman: Whatever happened to the Caped Crusader written by Neil Gaiman.

The contest runs from August 3 to September 3

Three (3) Winners will be chosen at random-

And You must tell the Geeked gods why you love Batman. One entry per screen name.

The Geeked Gods Inc, reserves the right to limit the winners of the prizes to once every 30 days per household.

There are no prize substitutions, prizes are non-transferable and are not negotiable. Prizes cannot be exchanged for cash.

The Decision of the Judges regarding the prizes are final.

Winners will be notified by email or DM

Here are the Issues and How they broke down

Our First Giveaway: Batman whatever happened to the Caped Crusader