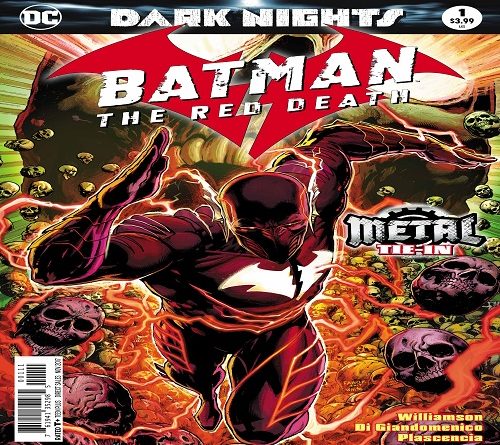 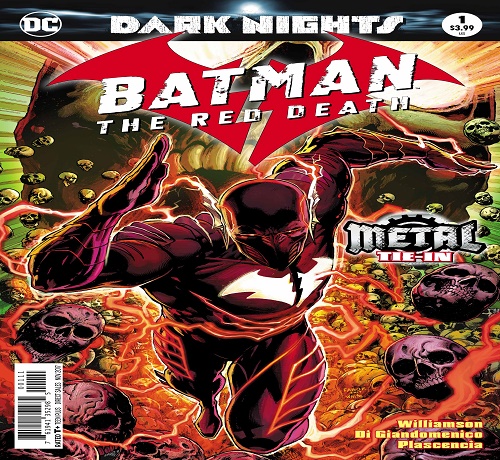 Dark Nights: Metal, the big event crossover from Scott Snyder and Greg Capullo, has finally kicked off in full force this month with a series of spinoffs and one-shots that tie into the main story. While Batman’s allies in Gotham are fighting off the forces of The Batman Who Laughs in the “Gotham Resistance” storyline, we get to know the rest of the Dark Knights who have come to our multiverse to haunt the Earth in their own series of one-shots. 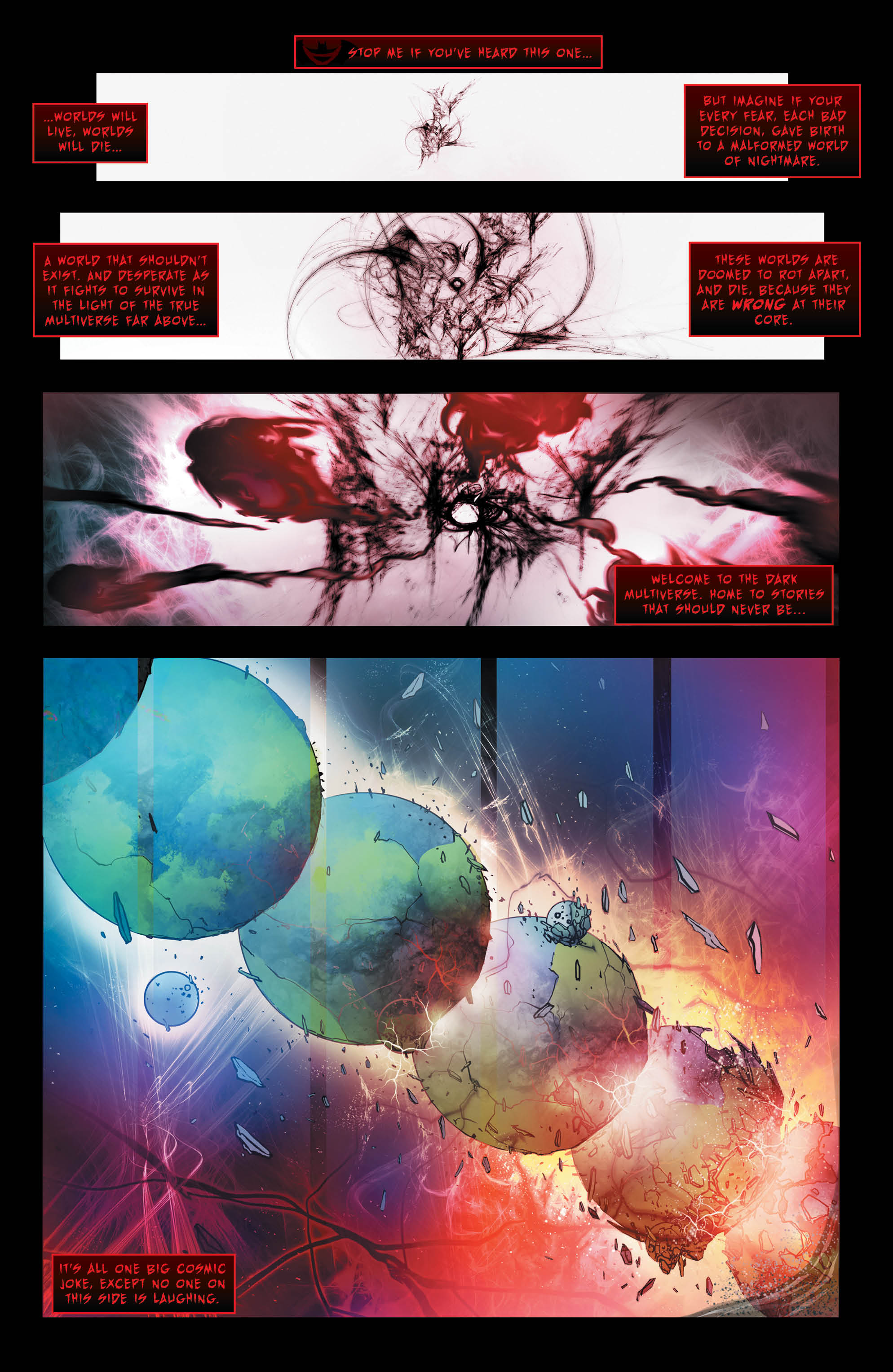 Batman: The Red Death #1 is the first, a tragic story about the Batman of Earth-52, who’s been driven to the verge of madness after the death of his entire family of allies. He decides he needs that Earth’s Flash to go back in time and make things right. When the Flash refuses to help, knowing full well the consequences of altering the past, Batman turns into his greatest villain.

Joshua Williamson, who is currently in charge of The Flash on-going book, absolutely kills this one-shot with a take on Batman that I’ve never quite seen before. The Dark Knight strategy for taking on the Fastest Man Alive is so awesome that it’s a shame we’ll only get to see it once. I could see an entire Williamson-penned miniseries that pits the two heroes against each other. Of course, we’ve had enough Batman vs. Superman matchups to know that those gimmicky storylines are best left alone. Still, Batman vs. the Flash works in Williamson’s opening pages. 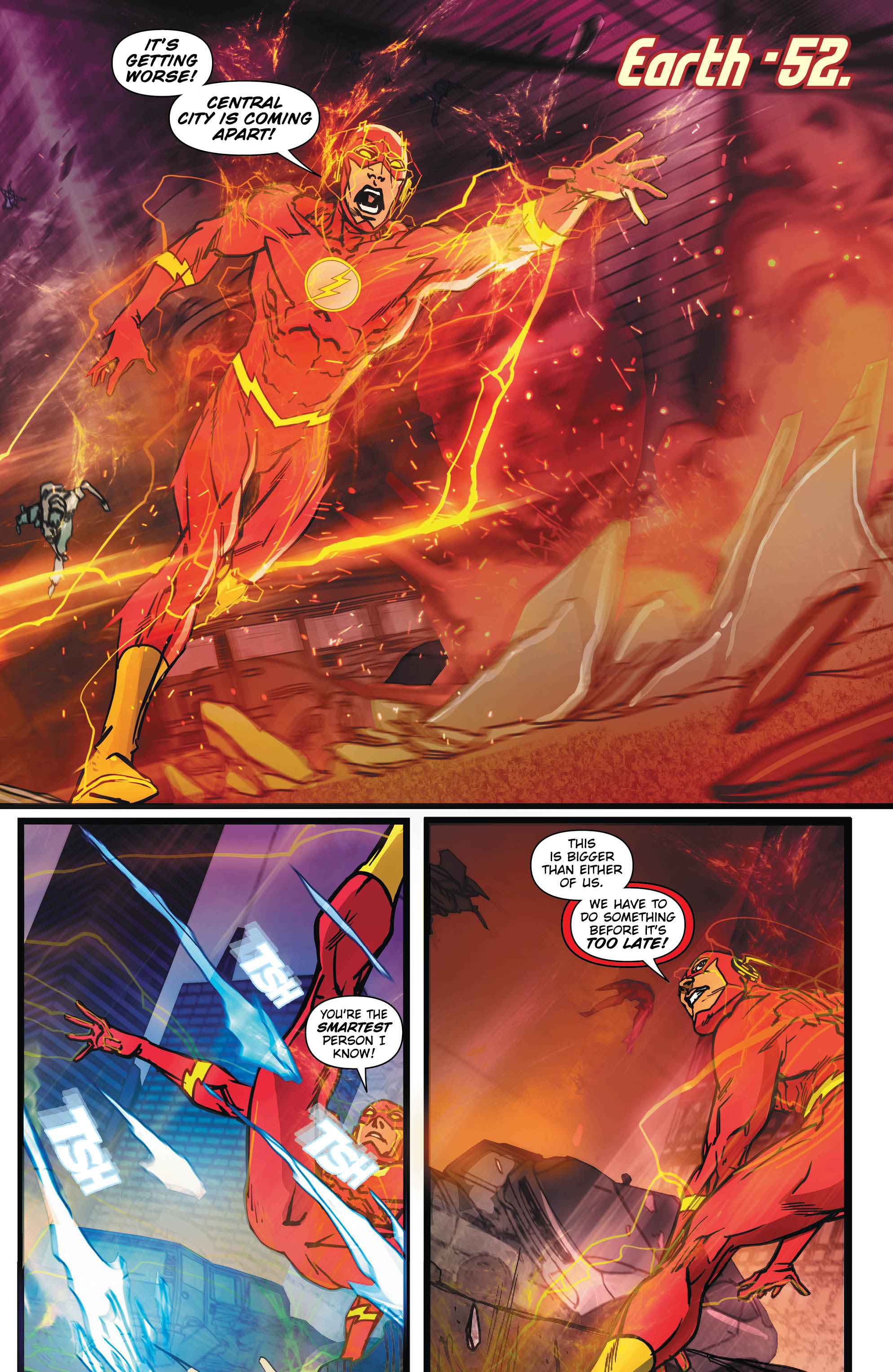 Another thing of note is how Williamson manages to paint this villainous Batman in a sort of sympathetic light in the beginning, showing us a broken Batman on the edge. I don’t think Earth-52’s Batman is so different from our own in terms of what he’d do to save those he loves. We’ve seen him embark on countless adventures to rescue his family from death and beyond. His vendetta against the Flash is no different — except this time it’s a friend standing in his way. 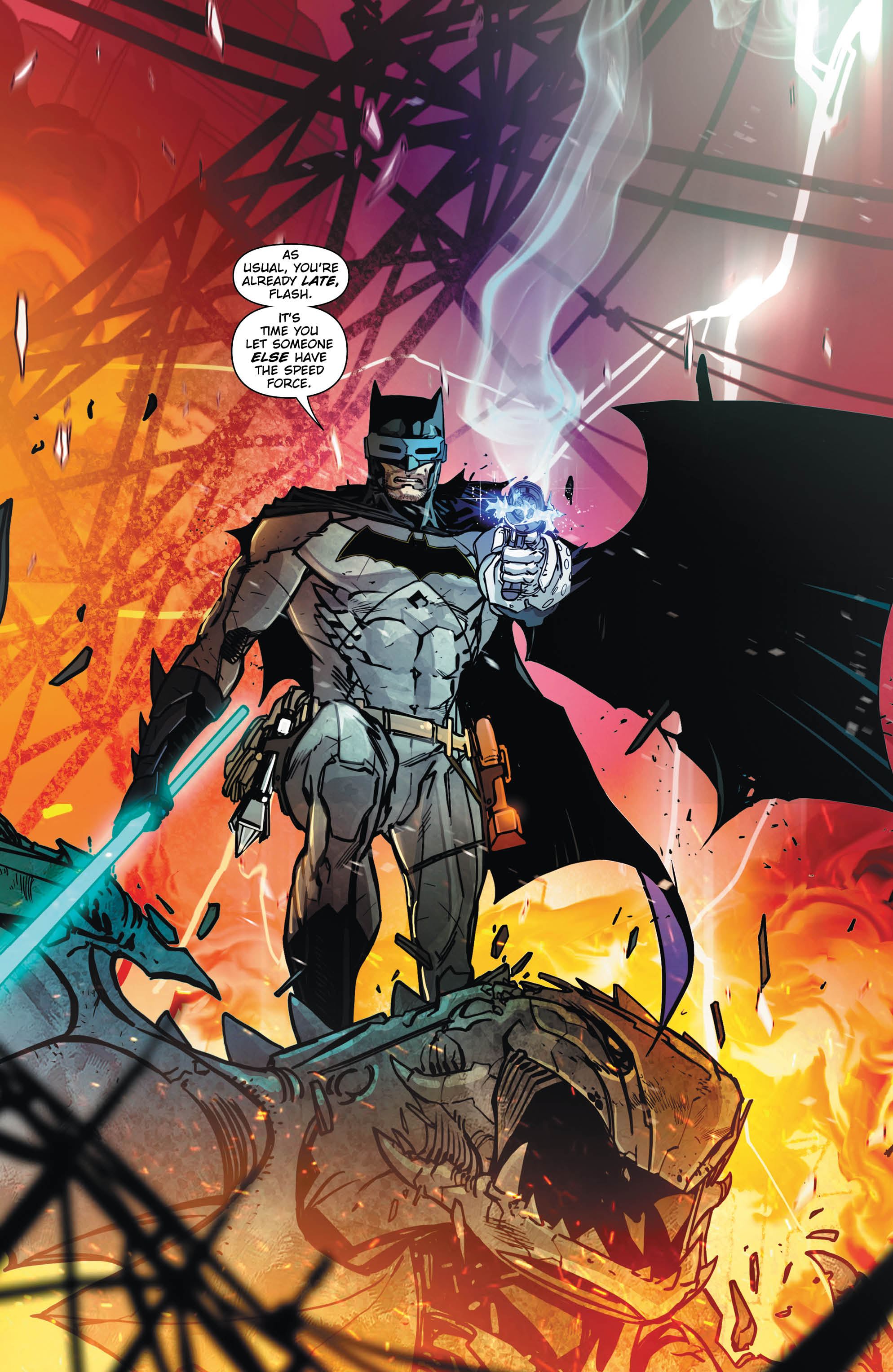 Carmine Di Giandomenico has a lot of action to play with in this book, and he delivers the big set pieces with style. At this point, he’s very comfortable drawing fight scenes involving the Flash, so his focus is instead on Batman, as he punches and gadgets his way through the Flash’s defenses, Central City coming down around them.

My favorite panels involve the artist’s depiction of what the Dark Multiverse looks like. Di Giandomenico takes an abstract approach to these images, and they’re more effective for it. His depiction is just beyond understanding, which is exactly what a nightmare multiverse should probably look like. Give the horror a face and something is lost. Di Giandomenico brilliantly avoids showing us too much. 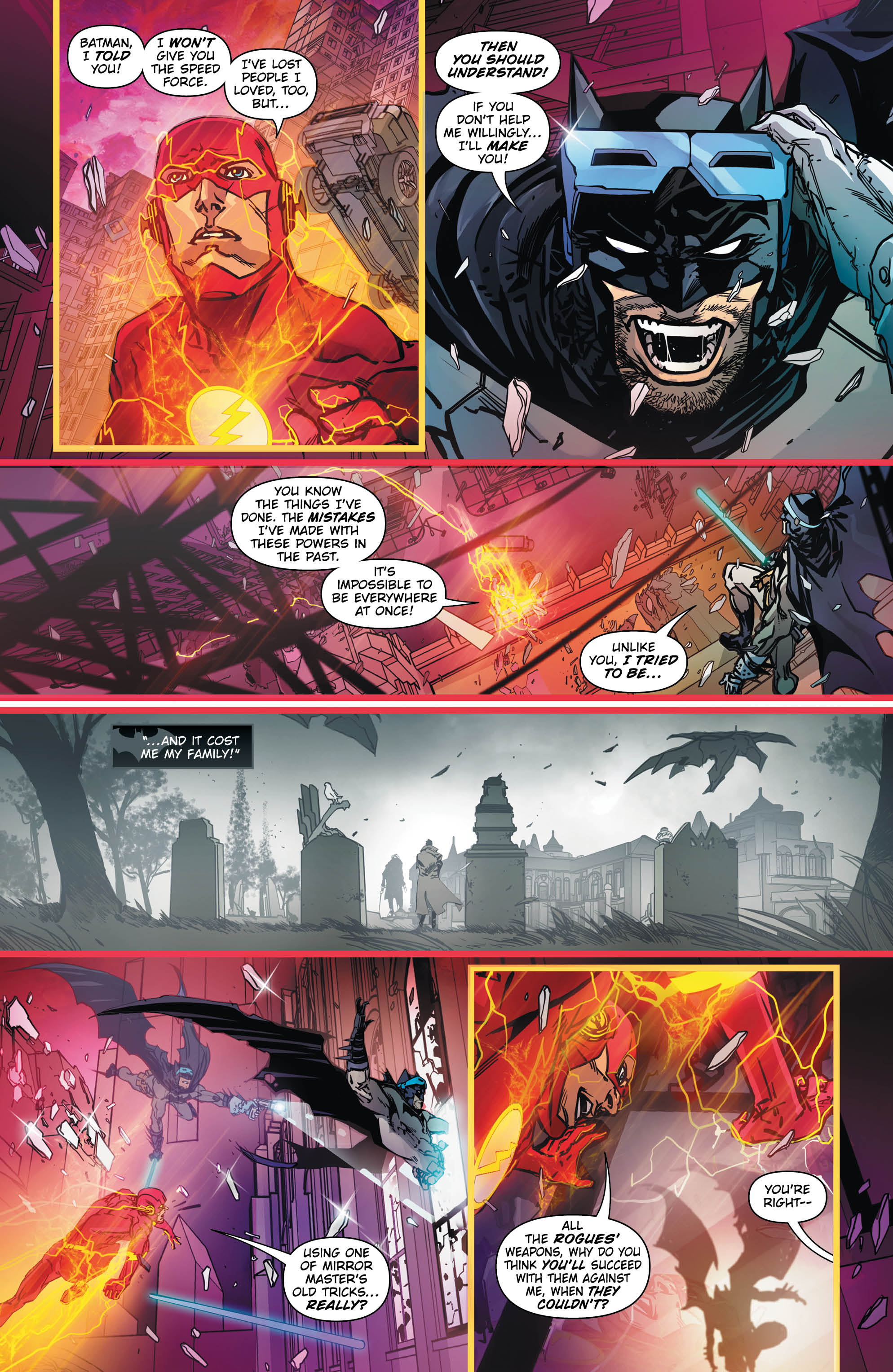 Batman: The Red Death is an epic origin story from a fantastic creative team that knows the Flash and would absolutely do well on a Batman book if DC ever gave them the call. Heck, The Red Death might as well be their pilot story. If and when the brilliant Tom King, David Finch, and Mikel Janin leave Gotham, I’d love to see Williamson and Di Giandomenico come in and work their magic. 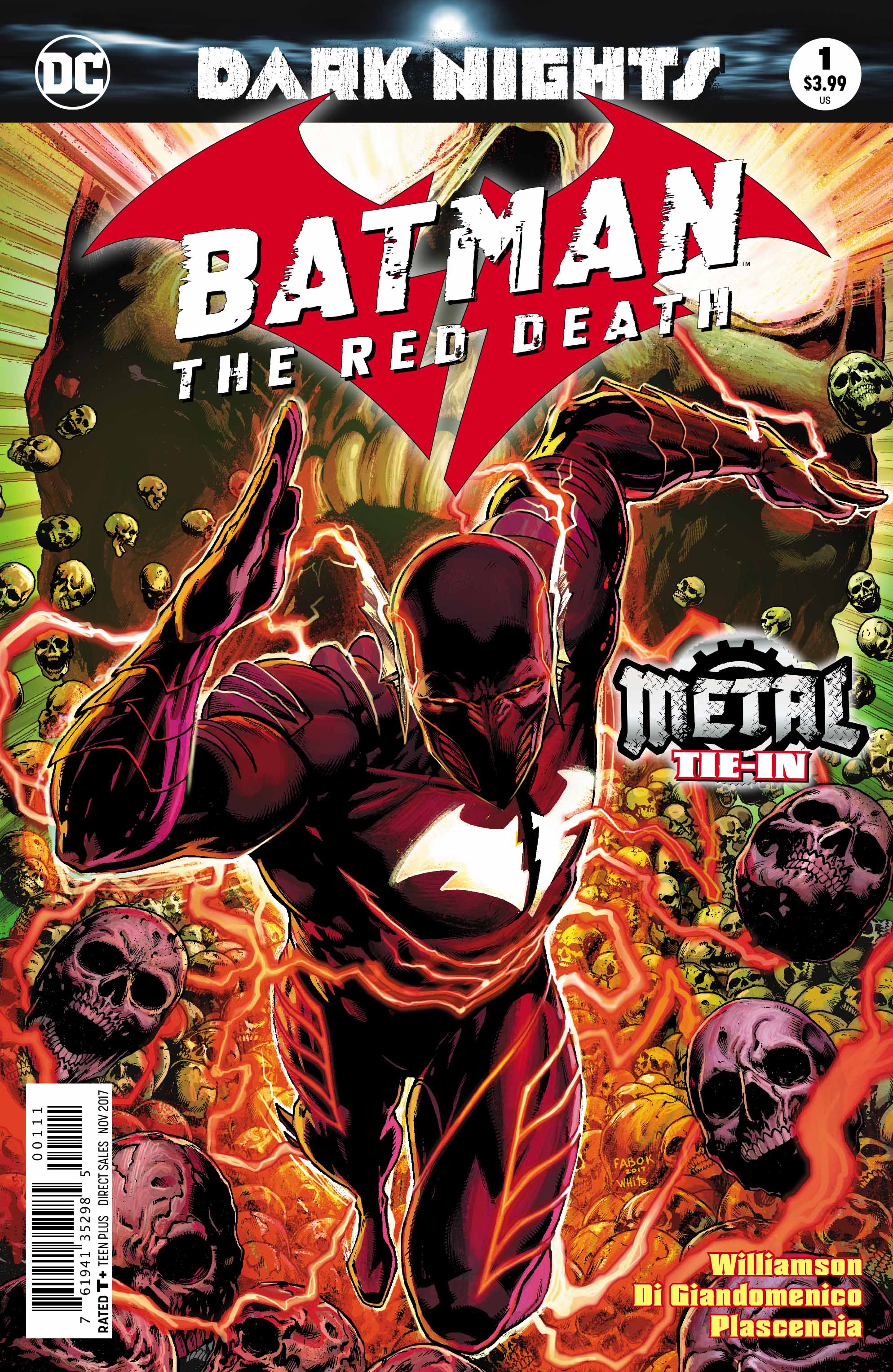