Out of the four films in the franchise released in the period of 1992-1997, Mask of the Phantasm is the one that I've found myself revisiting the most. 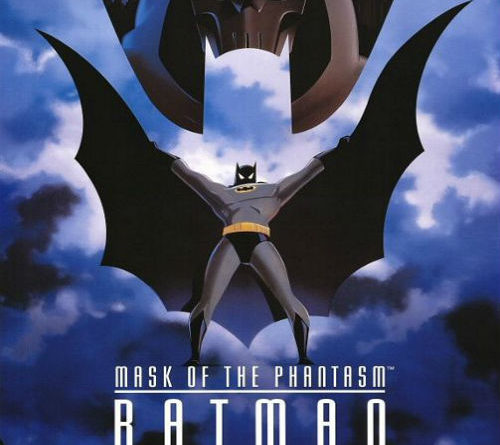 After over ten full-length Batman movies, 1993’s Mask of the Phantasm is still one of the best. Dark, haunting, and wonderfully told, this animated slice of heroism is both intriguing and entertaining. Add in a sense of early 1990’s nostalgia, and you’ve got a recipe for something truly worth revisiting. A forgotten classic? Absolutely.

Out of the four films in the franchise released in the period of 1992-1997, Mask of the Phantasm is the one that I’ve found myself revisiting the most. I won’t lie. I enjoyed every single one of them – even George Cloonie in Nippleman & Robin. Admittedly, it is not a good movie. But nostalgia is a powerful beast, and when looking back into the haze of my youth I can remember seriously enjoying Mr. Freeze and the terror that came along with him. While rewatching the 1997 it becomes completely apparent that it’s good for childhood memories, but not much else.

On the other hand, Phantasm has aged gracefully. For an animated film, it is surprisingly adult-oriented given the story and the subject matter. In it, a deadly menace – the Phantasm – has killed a crime boss and framed Batman, voiced by Kevin Conroy, for the death. It is now up to Bruce Wayne to figure out who this masked villain is and stop the killings before Gotham becomes even more inhospitable for the caped hero. The Phantasm, knowing that Batman is hot on the trail, employs the help of the Joker (Mark Hamill) to dispose of Batman once and for all. At the same time, an ex-lover of Wayne’s returns to Gotham. Though there were many reasons for Batman to take up vigilante justice, Andrea Beaumont (Dana Delany) was one of the biggest. Her return signals a sequence of flashbacks in which Wayne recounts his early days as the Bat and his newly reacquainted lover.

Mask of the Phantasm is multi-faceted in its story, combining elements of lost love along with the usual quest for justice. The characters are voiced perfectly with the voice actors reprising their roles from the animated series, and the timbre of Conroy’s voice alone is enough to conjure of feelings of wistful childhood wonder and excitement. Great as Heath Ledger may have been as the joker, his voice has always seemed like an imitation of my joker: Mark Hamill himself.

And for what some may look back at and consider a “silly cartoon”, the stylings of the film are exceptionally dark and moody. There is a unique tonality of this particular animated film, especially with the use of colors in the background. It’s a style of animation that seems sorely missed in today’s cartoons. Here, you can see that it’s actually been drawn by a human artist. Though there are some computer renderings, the film is hand-drawn and absolutely beautiful. Paired with an orchestral score that is both bombastic and brooding by Shirley Walker, this feels like the way Batman was always meant to be. He is hunted like a dangerous animal here; the story is rich and fulfilling, and through the darkness there is still a palpable sense of fun. Which, in my opinion, is missing from many of the newer Superhero films.

Perhaps one of my favorite things about this film is the design of the Phantasm itself. It isn’t hard to see how the character could scare the pants off of any child going into the film – the cover on my dusty clamshell VHS case is proof enough. The villain looks like death itself, and when you add on a scythe for a hand, the scare factor is amplified tenfold. Which, by the way, makes it pretty hard for anyone to mistake the Phantasm for Batman…but I’m not here to nitpick.

If you’ve never seen Mask of the Phantasm, now is as good a time as ever to check it out. It reeks of ’90s animation, and that’s a smell that I’m sure many viewers will appreciate. Despite the absolutely hilarious smooth R&B song included over the end credits, this film is pure gold.

Just remember to rewind the tape when you’re done with it, please