Batman’s surprising link to classic pulp heroes By Christopher Baggett   DC Comics’ Batman has been one of the most recognizable, charismatic comic book characters since he debuted way...
by Former Writers February 21, 2017

DC Comics’ Batman has been one of the most recognizable, charismatic comic book characters since he debuted way back in 1939’s “Detective Comics” #27. For nearly 80 years fans have clamored for the adventures of Bruce Wayne, the millionaire playboy who vowed to stop injustice in the wake of his parent’s brutal murder. The character has evolved over the years, transitioning from a gun wielding adventurer to Dark Knight Detective, but has always kept in touch with his roots, tied directly into the pulp heroes of old. It’s no mistake that he resembles them so much. 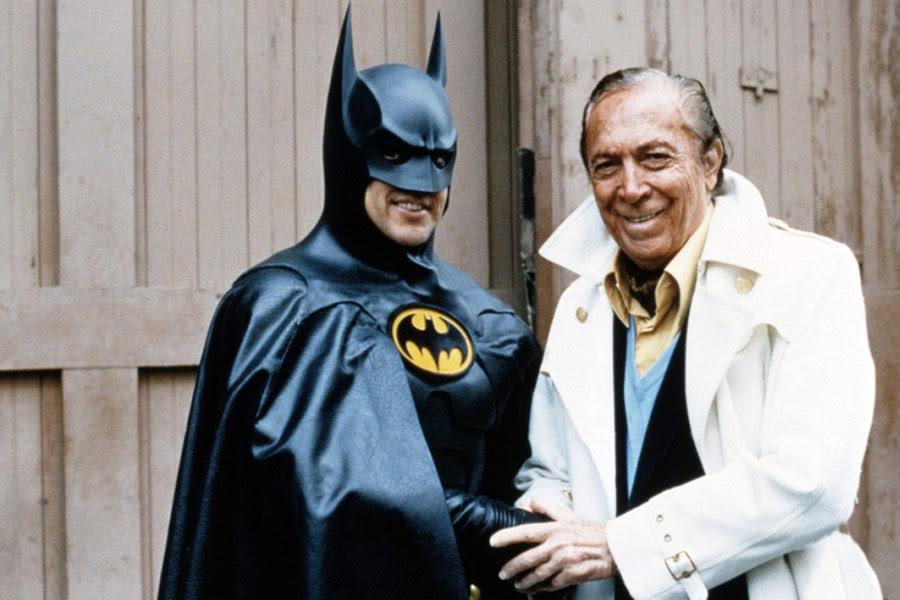 Bob Kane (pictured with Michael Keaton on the set of “Batman Returns”) was credited as the sole creator of Batman for years, but was known to exaggerate the creation (and his involvement)

It’s pretty commonly stated that Batman was inspired directly by Zorro, but that’s not entirely accurate. The Zorro link is more in canon, as Bruce’s parents are typically murdered leaving a showing of “The Mark of Zorro”. Creator Bob Kane has cited Zorro’s dual identity as a wealthy socialite as the inspiration for Bruce Wayne, but there’s no telling if that’s true. Kane threw out a number of claims about the creation of Batman during his life, but he was known to exaggerate. Despite being credited as the sole creator, Bill Finger is actually responsible for the more commonly known tropes of Batman’s persona. Finger, who has only recently begun to receive widespread credit for his role in the creation of Batman, made no secret of the pulp inspiration behind the creation of the character. Little pieces were cobbled together at first. Zorro’s dual identity was just the beginning; Doc Savage, Man of the Bronze, offered up a utility belt that became a trademark of Batman. A popular film of the era, “The Bat Whispers” served as the template for Batman’s shadowy appearance, as well as the Bat insignia that would become associated with the character. But the most relevant character to Batman’s creation was Walter B. Gibson’s 1930s creation, The Shadow. 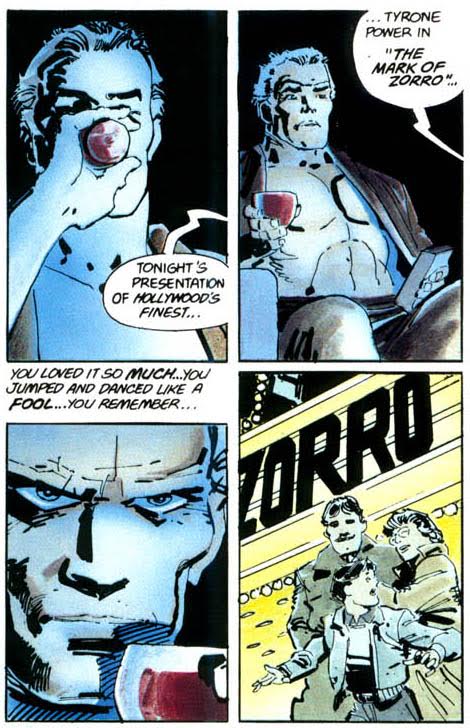 Commonly and incorrectly stated to be Batman’s direct inspiration, Zorro’s primary contribution to Batman has to do with his origin.

One look at The Shadow at it becomes incredibly apparent. The Shadow, a master manipulator, and a detective who cloaked himself in the shadows carries the charisma and aura that is most commonly associated today with Batman. Finger was directly inspired by the pulp magazine adventures of The Shadow, but perhaps a little too much. “Detective Comics” #27’s story “The Case of the Chemical Syndicate” is an almost egregious rip-off of a Shadow story from a few years earlier, “Partners of Peril” (a similarity covered in excruciating detail by the excellent Dial B For Blog). “Peril” even went so far as to describe The Shadow as a “tall batlike figure,” lending credibility to Finger taking a little too much inspiration from the story. The Shadow has remained an integral part of Batman’s history, even appearing in “Batman” #253 and #259, where he’s mentioned as a canonical inspiration for Batman. 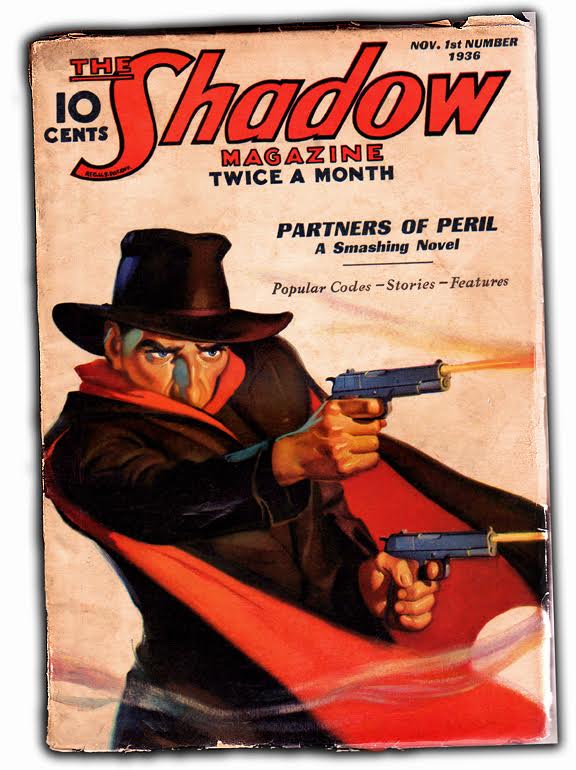 Published 3 years earlier, Bill Finger used “Partners of Peril” as the template for the first appearance of Batman.

Fittingly, it’s the association with The Shadow that pays off the most in the long run. 1992’s “Batman: The Animated Series” used much of the aesthetics of the pulp era for its world building. Suitably dark and moody, with costumes and designs looking straight out of the 30s, the show is renowned for its timeless look and classic appeal. Even further, it went full circle with the show’s 18th episode. “Beware The Gray Ghost” introduces Simon Trent, an actor of a bygone era who portrayed television hero The Gray Ghost, a Shadow-like character who inspired Bruce Wayne as a boy, much the same way The Shadow did pre-Crisis. Voiced by Adam West, “Beware The Gray Ghost” is hailed as a high point of the series and remembered fondly enough today that Simon Trent finally made his comics debut in “Gotham Academy,” albeit as an old, retired actor turned drama teacher. 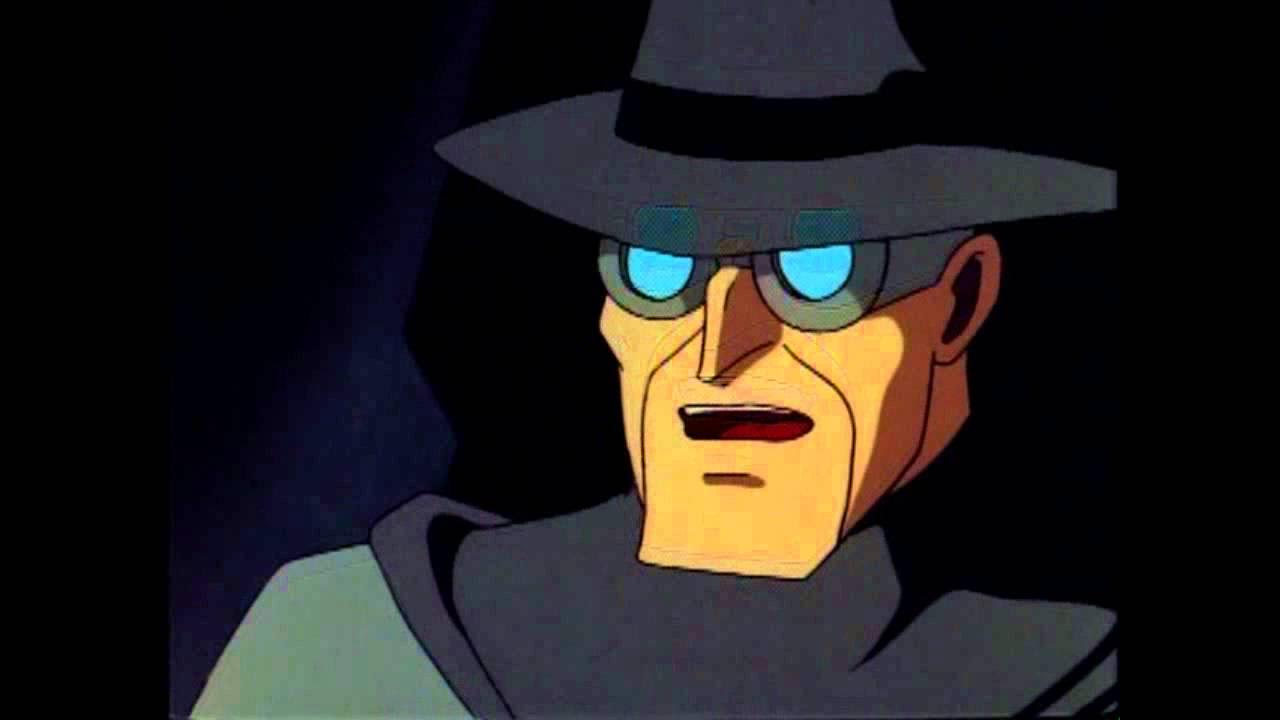 An homage to Batman’s origins, “Beware The Gray Ghost” is hailed as one of the best “Batman: The Animated Series” episodes.

Batman’s pulp roots are probably one of the more interesting aspects of the character. To see how the character grew is a testament to the evolution of pulp and comic book mythology. No longer the gritty, gun-toting vigilante and now a shadowy detective, the Dark Knight we know today wouldn’t exist without The Shadow. Comic creators know this too, and they’re paying tribute with the upcoming “Batman/Shadow” mini-series due out this April from Dynamite Comics. Batman continues to evolve, but it’s obvious his ties to the pulp heroes of yesterday aren’t going to be severed anytime soon.

Geeky Cocktails and Where to Find them