Batman Forever-Review by Jacob Hill Batman Forever is the strangest artifact of a strange time for superhero movies. It’s easy to agree that The Dark Knight is a veritable...
by Jake Hill September 28, 2017 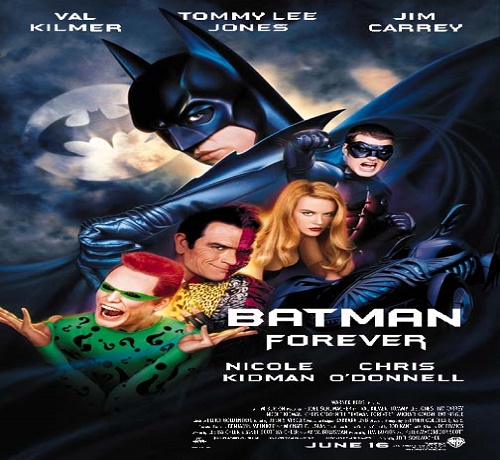 Batman Forever is the strangest artifact of a strange time for superhero movies. It’s easy to agree that The Dark Knight is a veritable masterpiece or that Batman and Robin is an unmitigated disaster, but Batman Forever gets almost as much right as it gets wrong. More importantly, those good and bad points and so extreme that the movie transcends its frantic, neon aesthetic to become a truly chaotic fiasco.

Batman Forever posits itself as a sequel to the earlier two Tim Burton directed Batman outings, but in truth it shares little with those prior films. It stars a brand new Batman (Val Kilmer), who is unremarked upon like a James Bond replacement. It also features a new director, Joel Schumacher, now considered one of the most toxic men ever to get behind a movie camera.

The thing is, the direction isn’t an utter disaster this time around. Sure it’s a little brighter, a little goofier, than the previous two films, but this is coming right after a movie featuring rocket launcher wielding penguins team up with an army of circus assassins. There’s room for a little silliness.

What some fans find less forgivable is how fast and loose the movie plays with the bat-mythos. Nicole Kidman’s incredibly named Chase Meridian is a weird addition, and the whole story treats Batman’s secret identity like a haphazard novelty. I know people who get furious that Two-Face cheats on a coin toss, saying it undermines the psyche of the character. 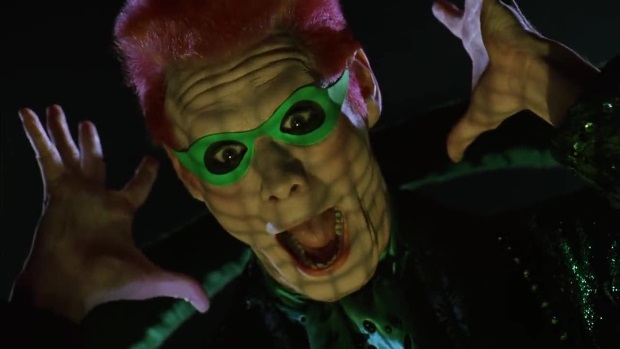 But: who cares? The first Burton movie is still acclaimed and that made Bruce Wayne a weirdo who sleeps upside-down and the Joker into his parent’s killer. This isn’t an era of films beholden to the source material, and the movie just wants to have fun. And fun it has. 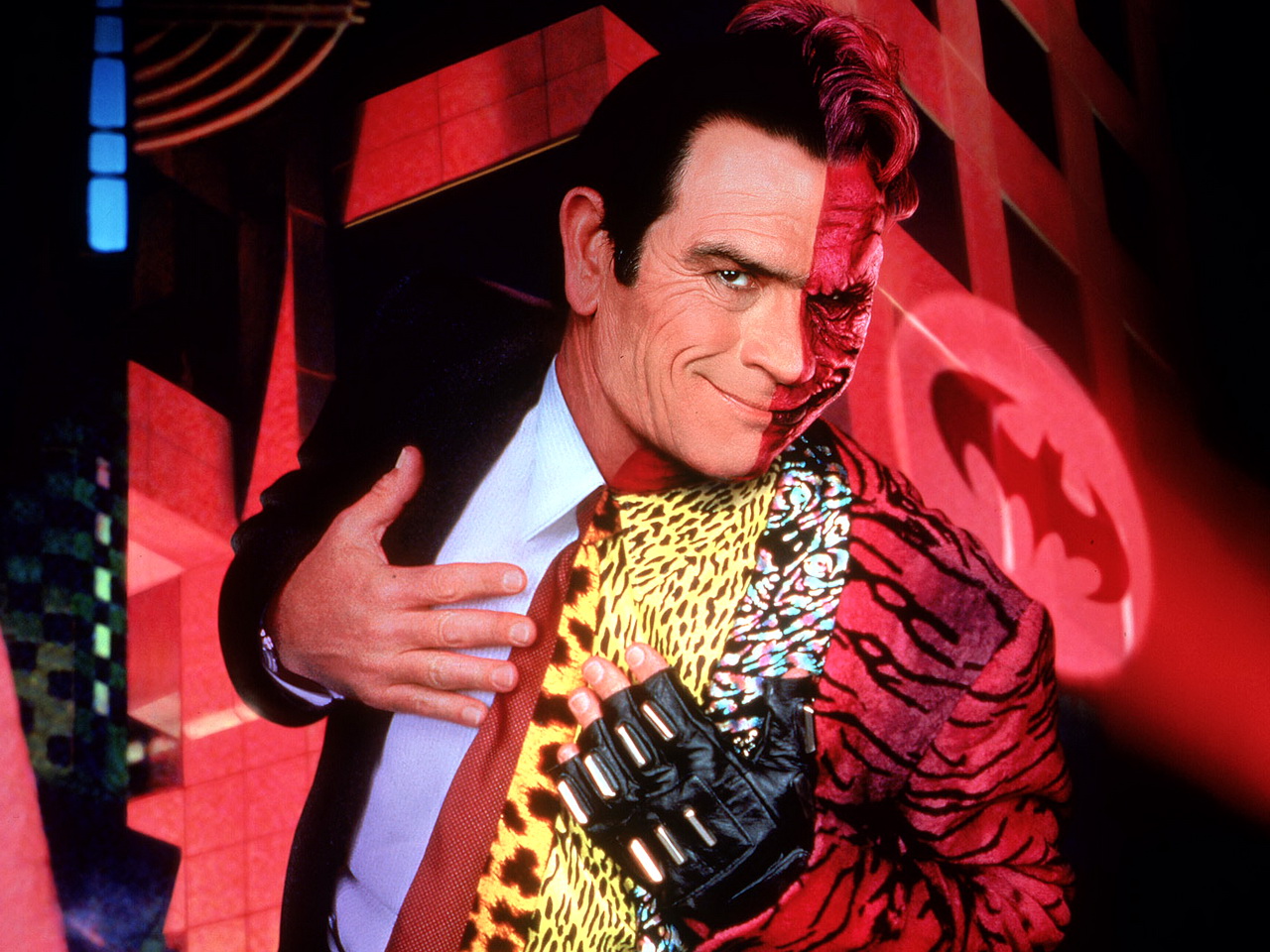 This mostly comes through the brilliant casting of Tommy Lee Jones as Two-Face and especially Jim Carrey as the Riddler. Both actors, especially Carrey, were at their height of popularity, and both chew more scenery than a dozen Tom Hiddlestons. Two-Face brings such a goofy air of menace, and Jim Carrey is hypnotic, contorting into cartoon shapes as he steals every scene he’s in.

Perhaps the biggest sin this movie commits is biting off more than it can chew. Not only are we dealing with a new actor as Batman, squaring off against two villains, and juggling a pretty obligatory love interest, but we also get the entire origin and introduction of Robin. The Boy Wonder is the most important character in the entire story of the Batman, and he’s been around since the beginning and his portrayal in this movie is a mess.

Chris O’Donnell retains the name and rather silly (but tragically dark) circus origin story of Dick Grayson, but here he has the bad attitude of the replacement Robin- Jason Todd. It’s incongruous, made all the more odd by O’Donnell’s age. He feels too old to be playing Robin, and he brings a forgettable dynamic to a duo that is literally called the Dynamic Duo. 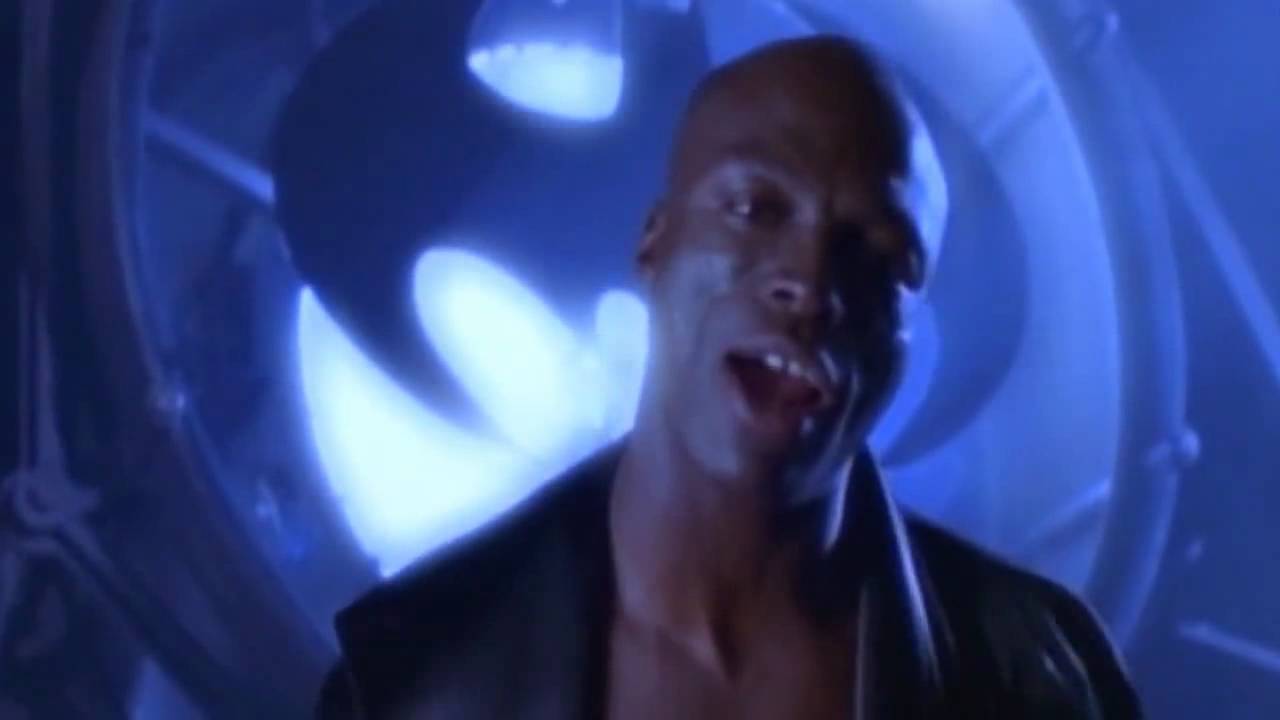 What the movie lacks in gritty plot and character dynamics it makes up for in stunning art direction. Two-Face’s loud suits are etched into my brain forever. Jim Carrey flapping his silly cape in the moonlight haunts my dreams. Oh and remember “Kiss From a Rose” from your prom? (Maybe I’m giving away my age here). That Grammy-winning smash hit song was written for this movie. In fact, the soundtrack which also include “Hold Me, Thrill Me, Kiss Me, Kill Me” by U2, and tracks by Method Man, Nick Cave and friggin’ Brandy was iconic at the time. A modern movie with so much original musical talent today is almost unbelievable.

So is Batman Forever a good Batman movie? Almost definitely not. Is it a good movie? No, probably not that either. But is it one of the hottest messes I’ve ever caught in a movie theater? Oh yes. I doubt we’ll see such an enjoyable debacle any time in the near future.