Babyteeth #4-Review By Ashish Thomas What would you do if your child was the Antichrist the destroyer of the world we live. Would you take care of your child raise...
by Ashish September 11, 2017 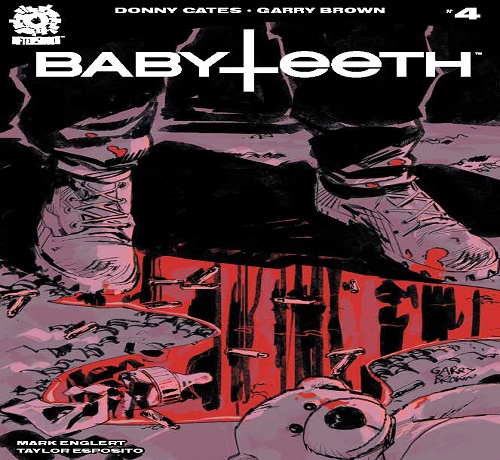 What would you do if your child was the Antichrist the destroyer of the world we live. Would you take care of your child raise it and hope for the best? If you need a refresher check out our Review of Babyteeth #1 here 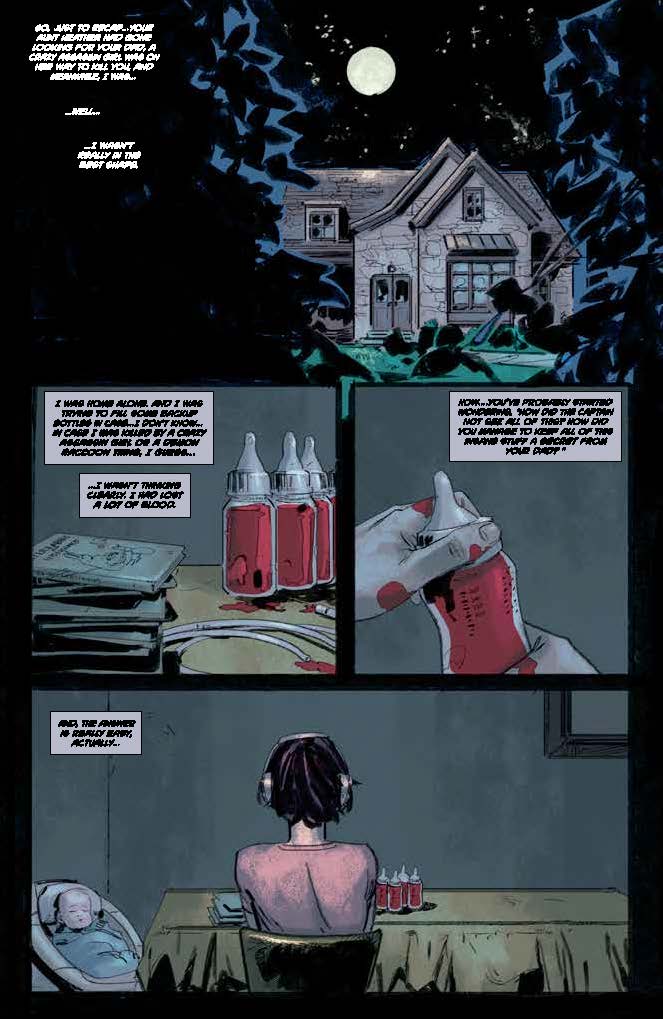 The Issue starts with Sadie keeping Clark abreast of their current situation. So Heather was searching for Clark’s father, an assassin is trying to kill Clark, Sadie was in bad shape.  We see the Captain Sadie’s dad learn about his Grandson and the prophecy and how Sadie is feeding Clark. The Captain realizes Sadie is very ill and needs help and he calls an ambulance.

At the same time, we see that Heather Sadie’s sister has found Clark’s father and it seems something has gotten to him. Just as she finds him and someone calls the cops who are closing in.  A mysterious being grabs Heather and pulls her into the water. 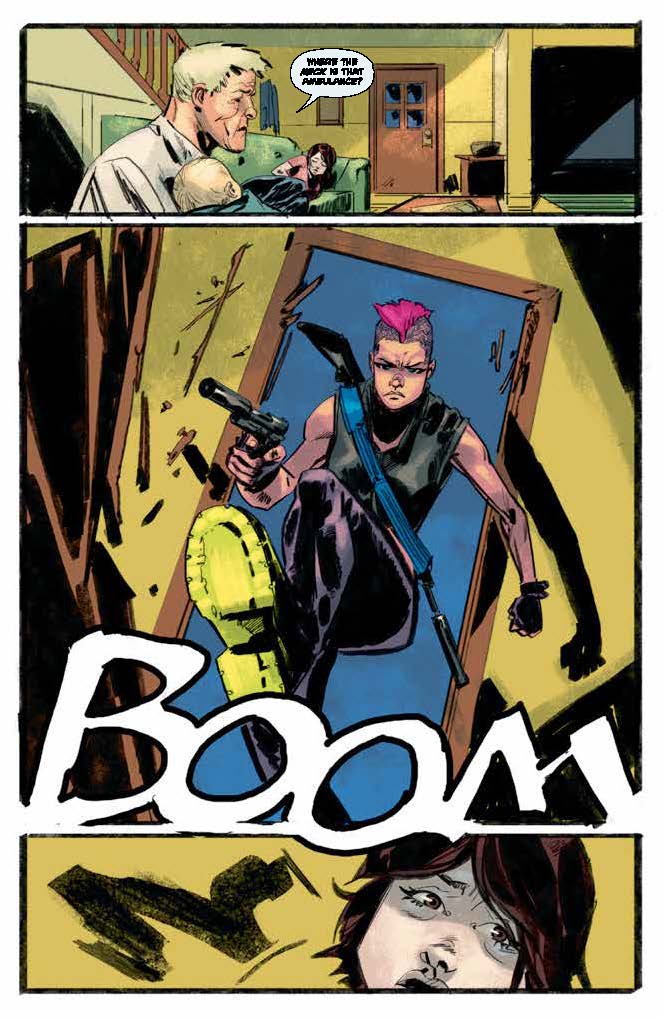 While waiting for the Ambulance, an assassin bust’s through the door to kill Clark for the betterment of society. The Captain fights the assassin to prevent Clark and Sadie from getting killed.  The fight is brutal with the reader not knowing if the Captain or the Assassin survives. 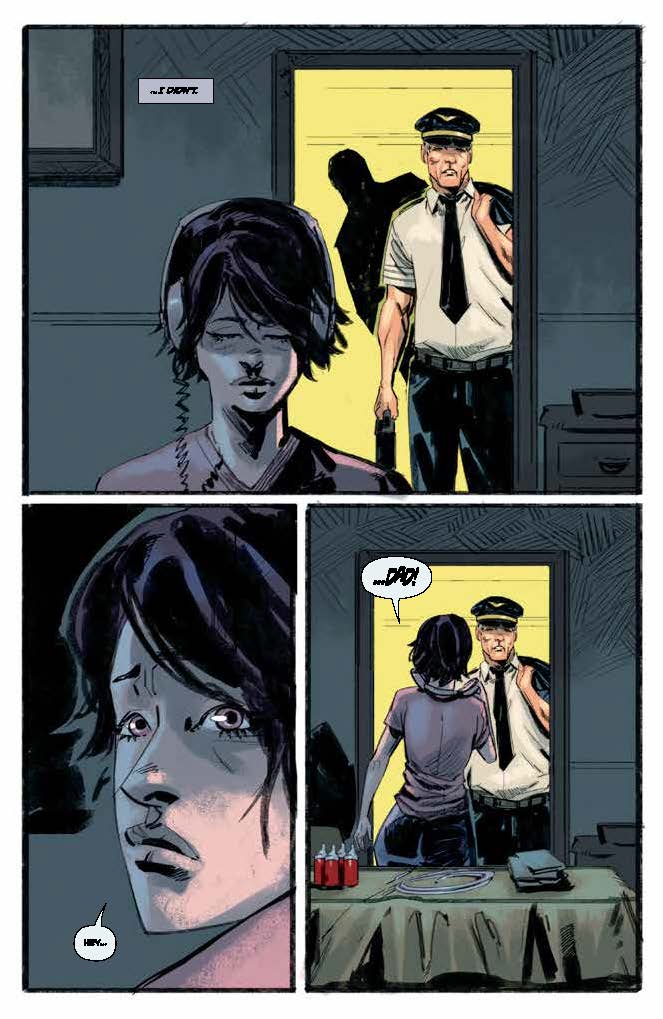 Babyteeth #4 is the issue where the story is dark, bloody and a turning point to the story.  Donny Cates is one of the best writers of comic and Babyteeth is another gem from him. Sadies story continues we know Clark is supposed to destroy the world it’s fascinating to see that even though Sadie knows the prophecy, she will do what she can to protect her child. The issue also shows the bond between the family and how they will help Sadie no matter what.  Garry Brown’s art is magnificent. The art mixed with the colors of Mark Englert creates the vivid world of Babyteeth. It’s no small feat to have art convey horror and gore in one part, and showcase Sadies love for her son, but Babyteeth does it well. Who knew the apocalypse could look so good?  Taylor Esposito’s letters with their effects and design bring the book to another level one rarely seen.