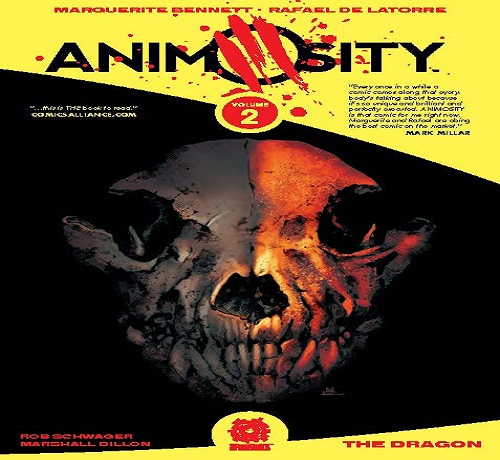 Animosity tells the story of the day the animals woke up. The animals start thinking which leads to the possible end of humanity. Humans after years of being on the top of the food chain are now lower it’s the animal’s time, and if you don’t like it well, you can die. The story focuses on the relationship between Sandor and Jesse. Sandor is a Bloodhound adopted by Jesse’s family when he was a pup. Jesse is the little girl that picked and cared for and took care of Sandor since he was a pup. Sandor becomes Jesse’s Guardian and pseudo parent looking for a haven. How will Sandor protect and aid Jesse in this new world? The only way to find out is to pick up and read Animosity. 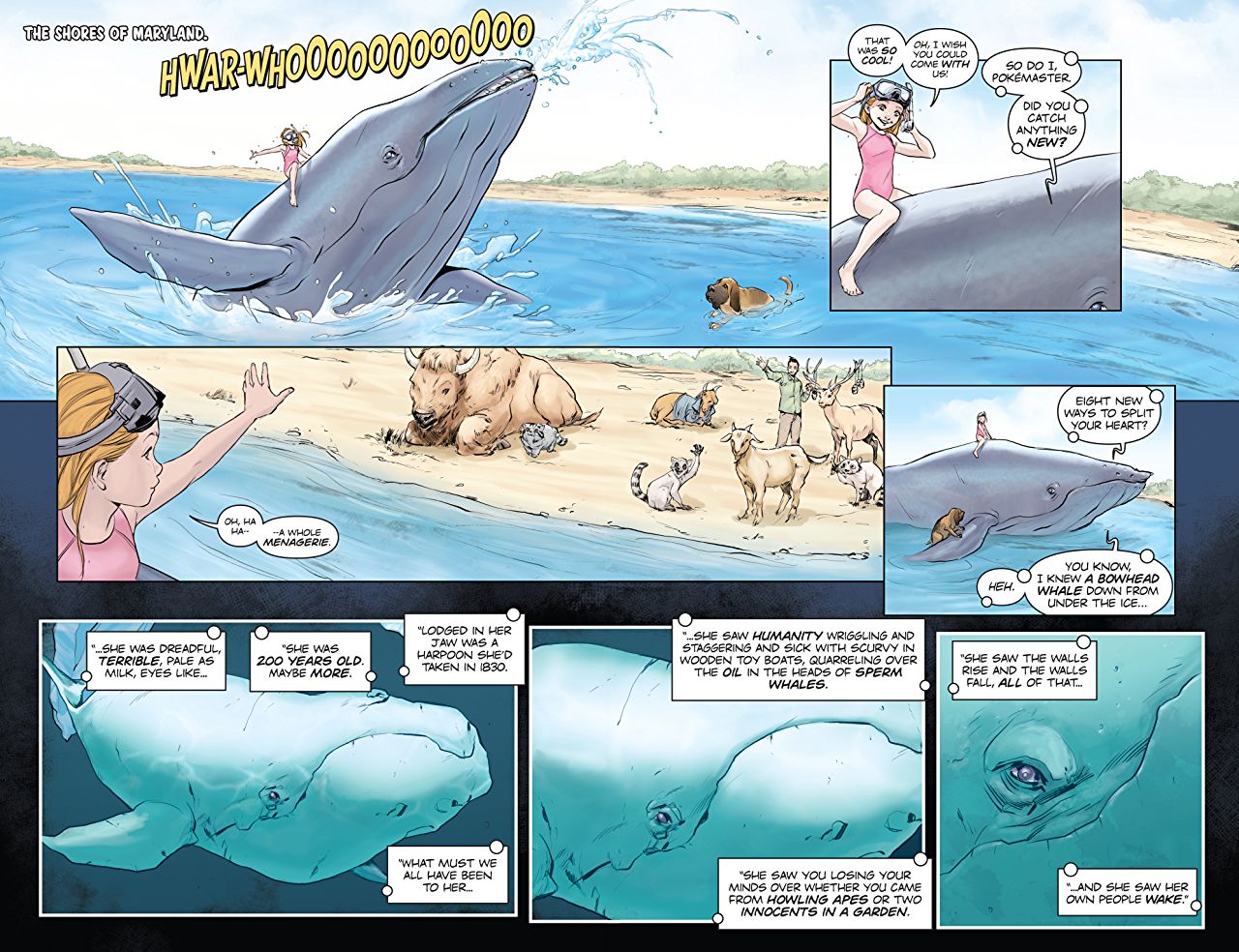 In this volume, we see the groups push towards California to get Jesse to her brother. We see some difficulties in the group especially when Zarza calls Jesse Sape when angry. It’s not a term of endearment, and Zarza is reminded that Jesse is a friend and helped the animals. This volume also reminds you of human problems still existing in the animal world.  Sandor and  Kyle Khahn try to find medical supplies for Jesse. The remaining group is attacked by something that they think is a Dragon. This sinister group plays tricks making Jesse think her mother is still alive. The animals follow Jesse and find a big fire breathing vulture aka the Dragon. The Dragon tries to get Jesse to give up the other animals for food. A fight ensues, and the Animals kill the bird and take out these cannibals. The Cannibals scatter except for someone watching from the trees. Kyle informs Jesse that her parents are dead lying to her that the Animilitary was following them when in fact he saw her parents dead.  Next, the group goes to Hour Glass Falls where they are treated like kings and queens for defeating the Dragon. The animals and humans then pontificate on what caused the animals to wake. It’s an existential conversation that looks at religion as well as aliens. We learn at the end that Jesse is aware that Sandoz is ill. There is also something following them which hasn’t been revealed.  We also get the wonderful World of Animosity which goes in depth to the series and perfect for someone looking to get into the Animosity world. 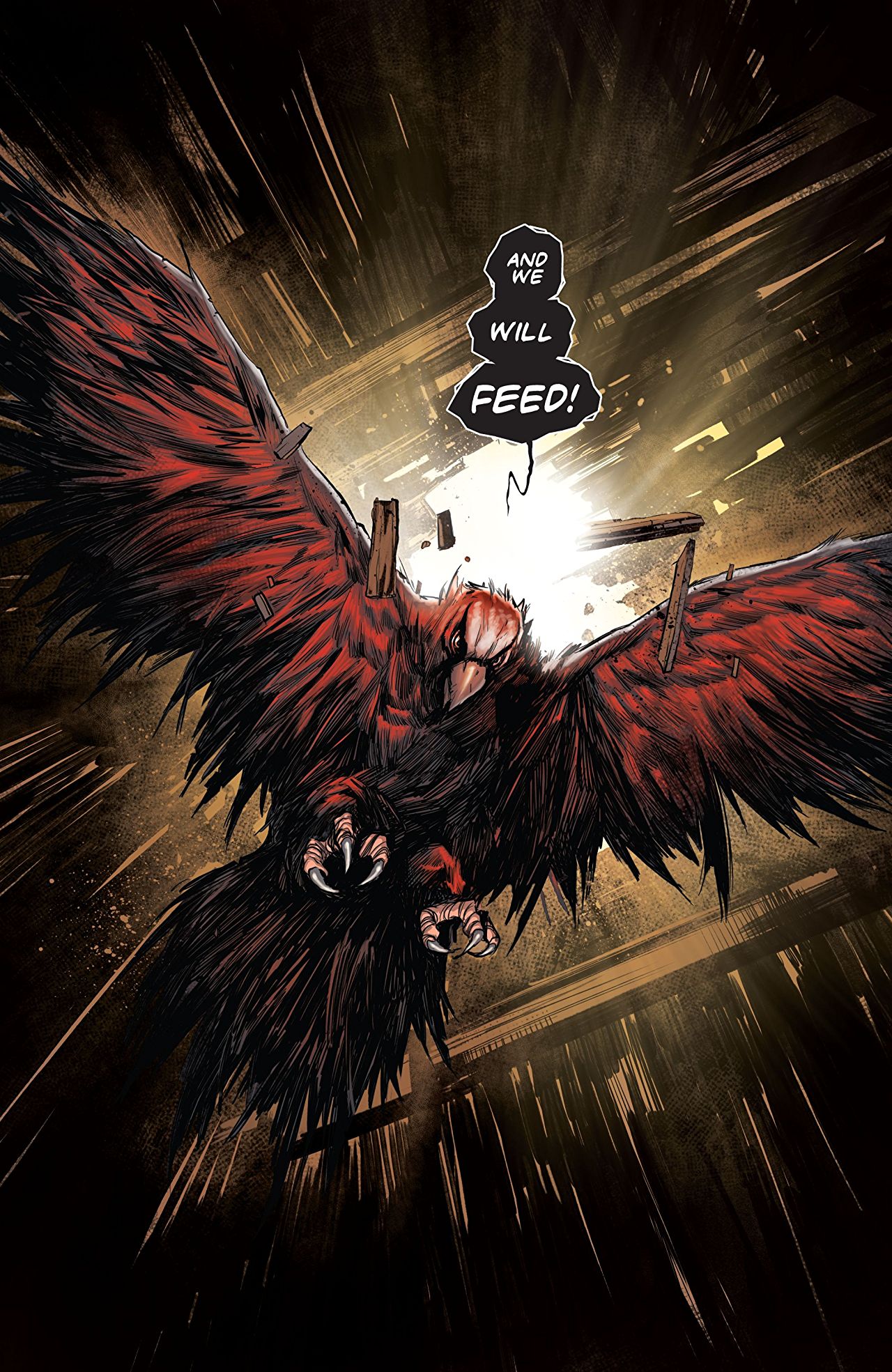 Animosity Vol 2 is well written continuing to expand this massive world. It was nice to see a reminder of human problems existing in this new world and how the animals are trying to keep Jesse’s innocence as long as they can. I have a feeling tougher times are coming for the group. Rafael De Latorre’s art with Rob Schwager’s colors brings to life the incredible world of Animosity.  The artwork goes from a horrific bleakness to lush meadows with ease; not many artists’s can convey that in their work.  The Art and Colors are brilliant and showcase the writing allowing the reader to get the subtleties of this new world on display. 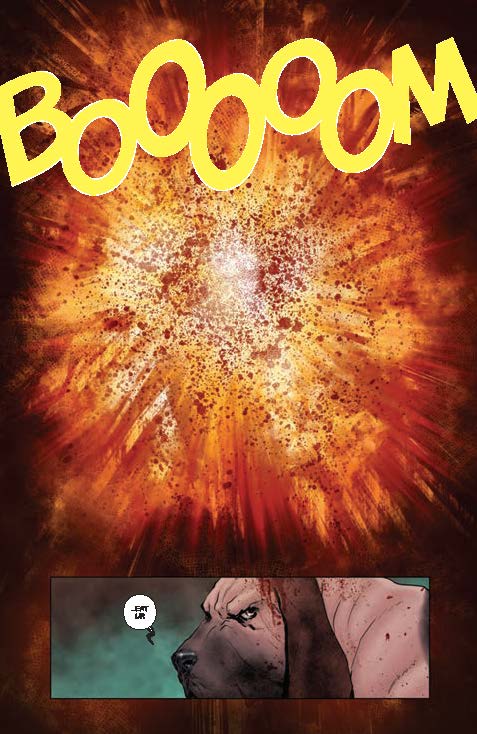 It’s easy to see why Animosity is considered the flagship series at AfterShock Comics. It one of the most original compelling series in today superhero beat em um comic world. The series is thought provoking because if animals do rise this is how they would treat us. Pick this well-written story with beautiful, breathtaking art with lush landscapes and vibrant colors; it’s well worth the money a fantastic edition for your Comics collection. Animosity is brilliant because breaking down the crux of the story you’re left with an incredible story of the love between a girl and her dog.  It’s been wonderful to watch the Animosity world continue to expand with the series sprouting offshoots like Animosity: Evolution and Animosity: The Rise and the original series. It will be interesting to see where Animosity goes where ever Marguerite Bennett, Rafael De LaTorre, and team take Animosity will be unexpected and brilliant. Animosity is a rare comic that combines elements of Science Fiction, Action Adventure, and Horror blending them to create a well written captivating expansive story. 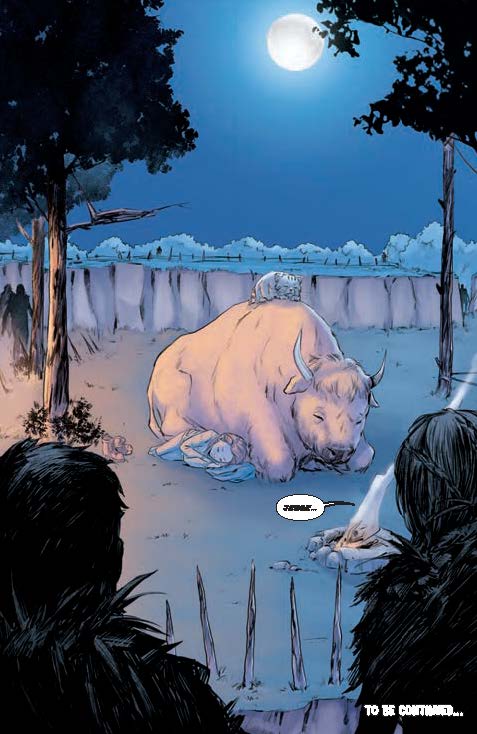 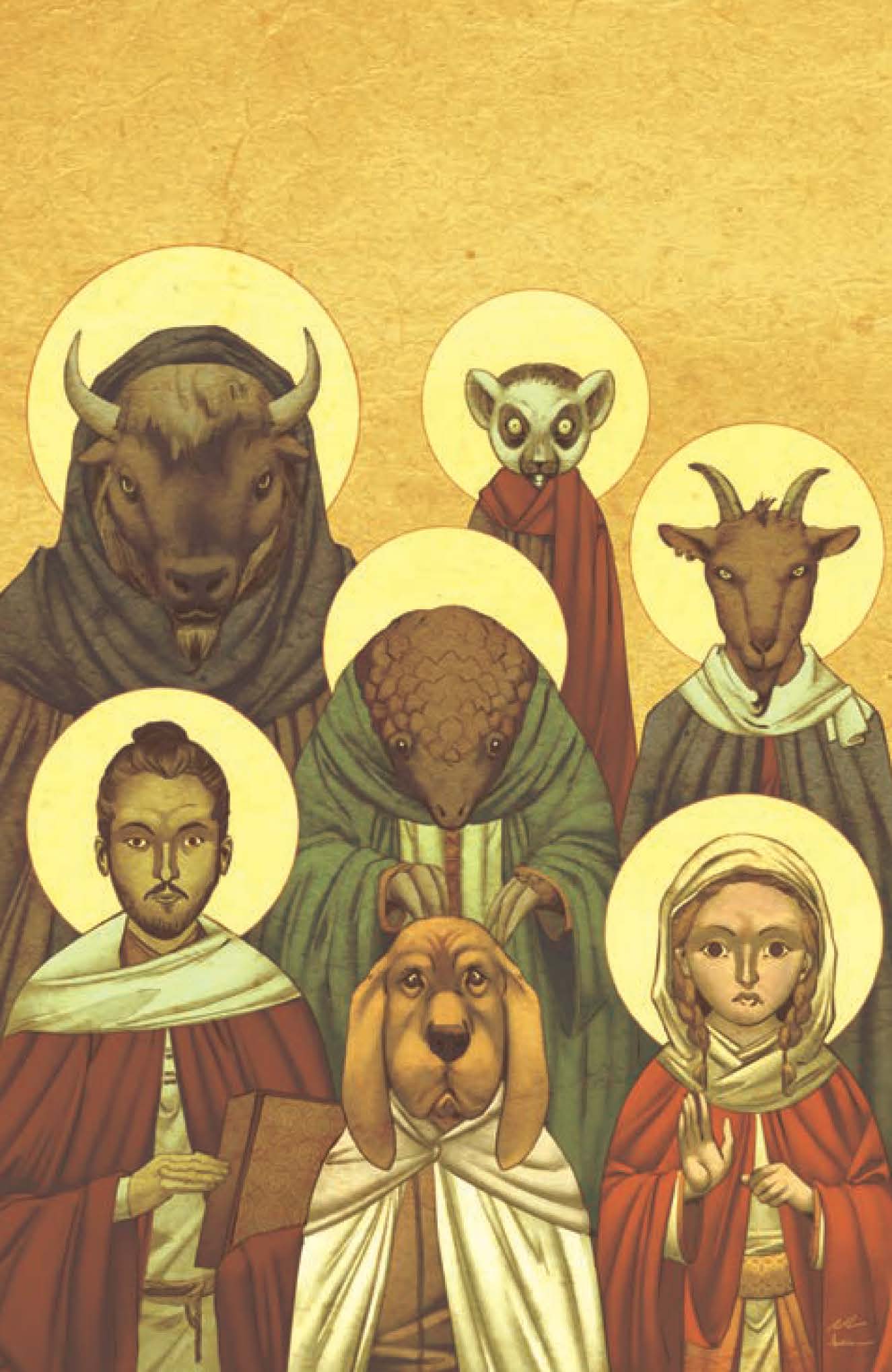 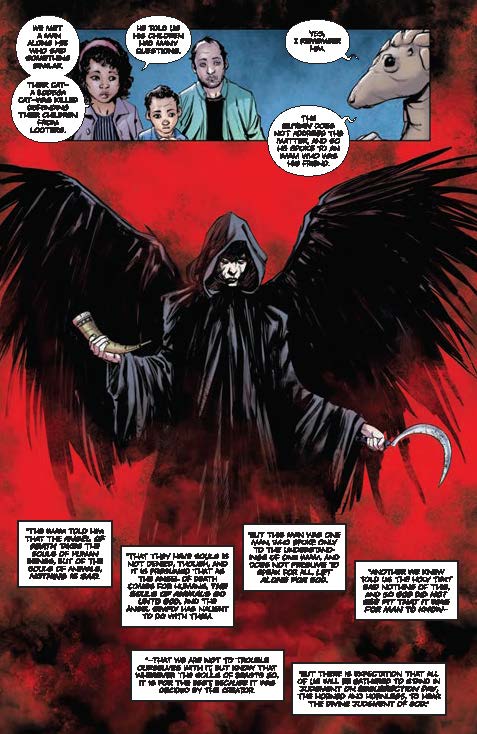