Animosity: The Rise #3 The Resistance-Review By Ashish Thomas Animosity is one of the best series publisher AfterShock Comics has put out, it’s nice to see the series expand....
by Ashish September 5, 2017 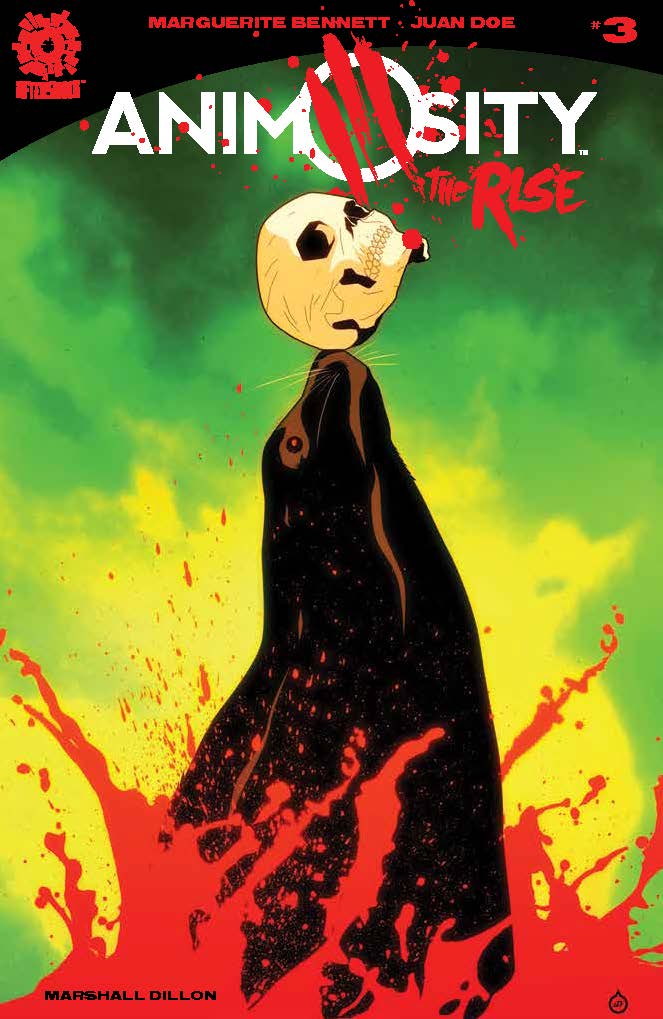 Animosity is one of the best series publisher AfterShock Comics has put out, it’s nice to see the series expand. This Wednesday the last of the trilogy of Animosity: The Rise #3 arrives in stores and can’t wait to see where the series goes next. 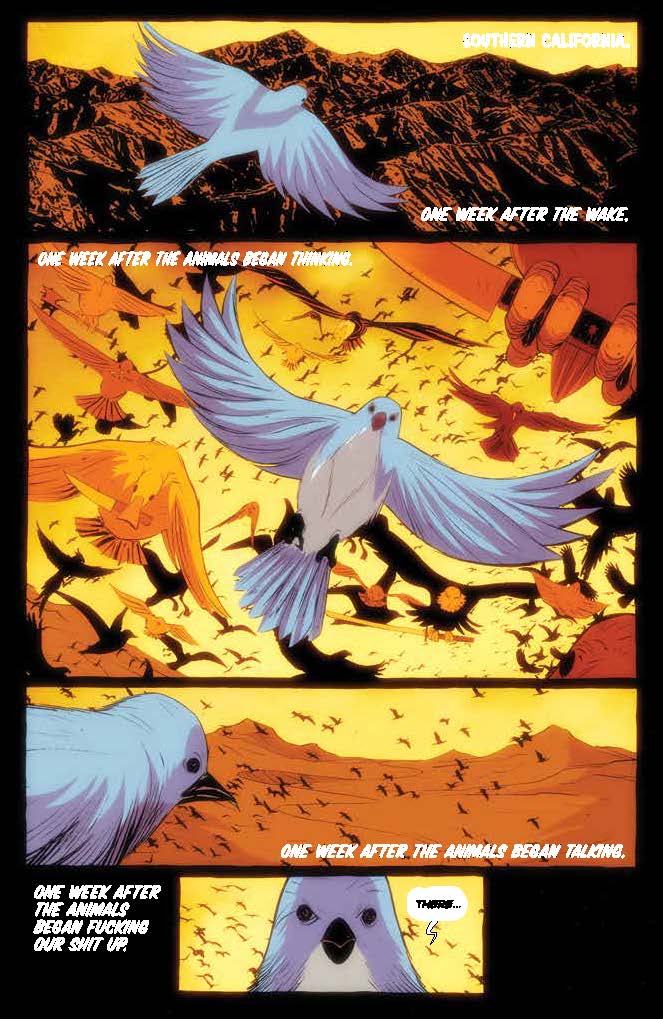 Animosity: The Rise #3 kicks off with a refresher on how the Animals woke up and rose to power. We come upon a battle with Rebel Truckers. Gwen goes into battle and orders the truckers to surrender while aerial animals attack from the sky. Quickly the truckers surrender to no avail to birds comes and slit the trucker’s throats. After Gwen orders the animals held as they attacked after the truckers surrendered and then we see her face light up as she sees what’s in the back of the trucks with her saying what is in the back of the truck could reinvent the world. 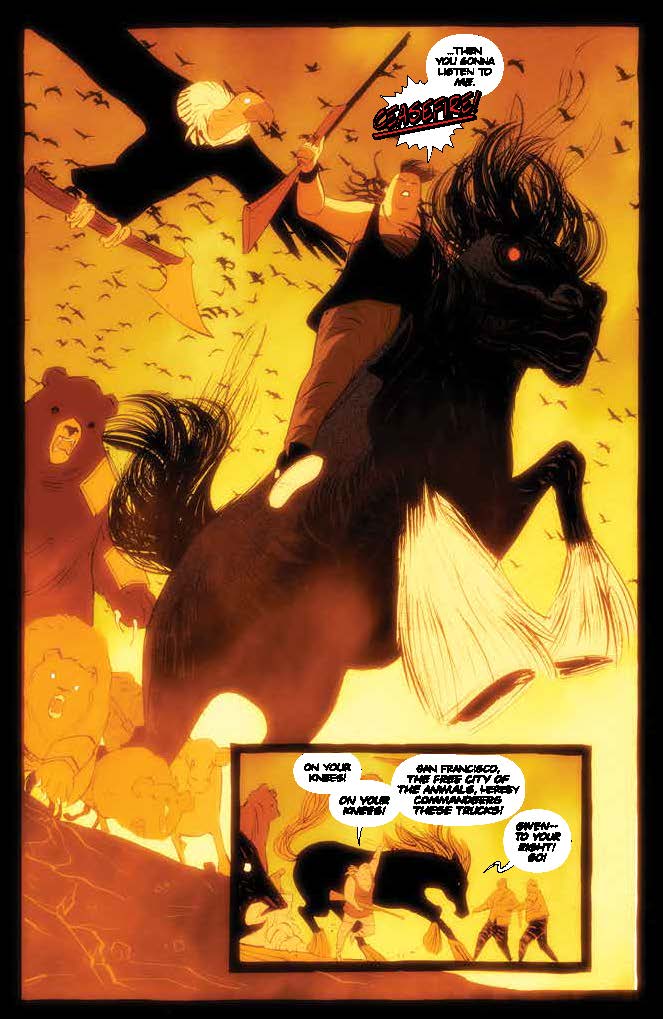 We are then transported to the Hoppswilde Hotel and see Adam North sitting contemplating what to do after receiving a mysterious note asking him to join the Human Resistance a rebellion against the animals. Adam with Keekirikee go visit Sunny, while there Adam stops a doctor and gives Sunny a saline drip. Adam tells Sunny if she feels something off about the Doctors to come get him and they return to the room. 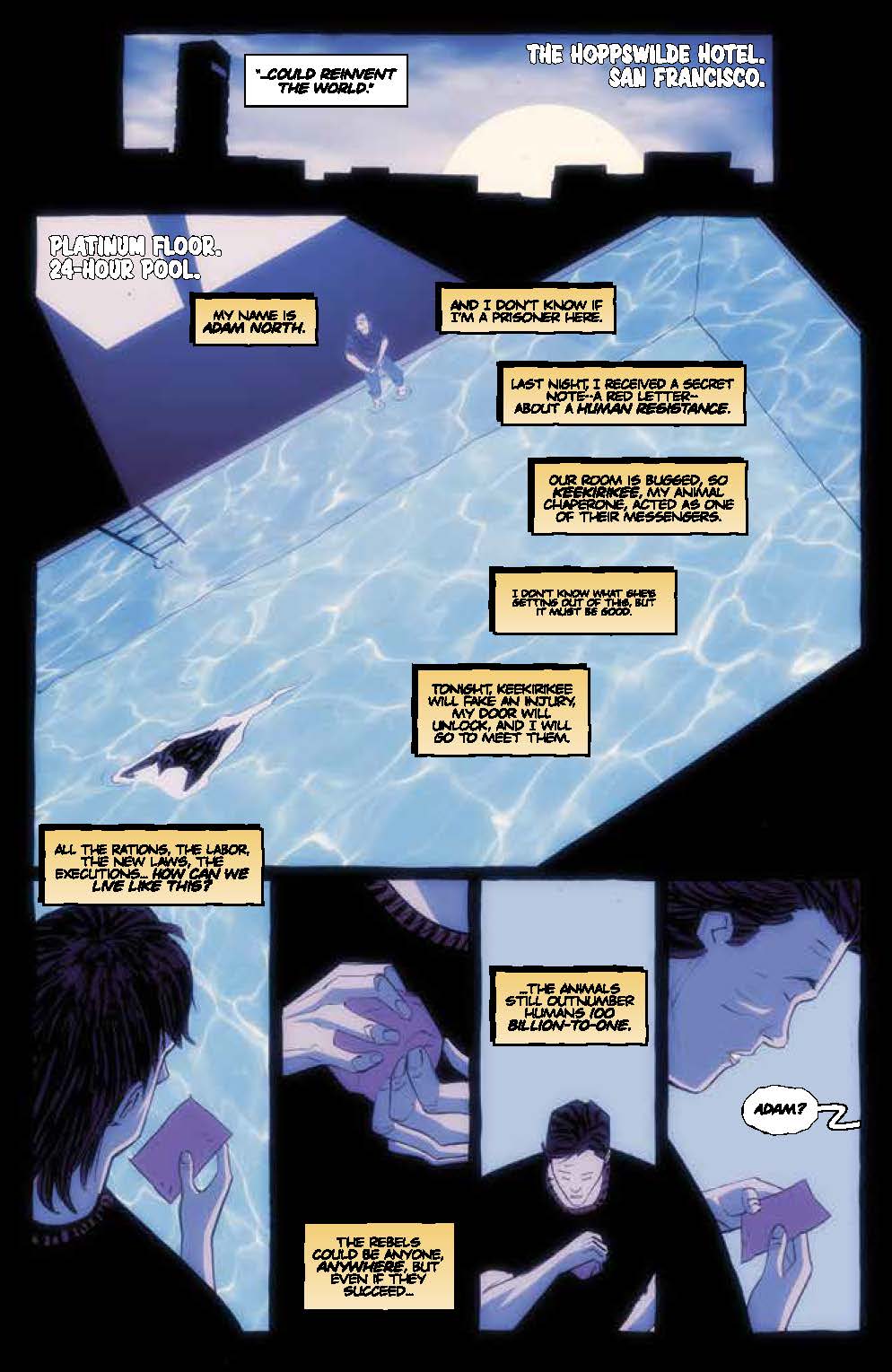 Back in the Room Keekirkee executes the plan so Adam can meet the Resistance. While that is going on we return to the Geese that killed the Humans where its decided that the Animals who killed the surrendered humans will lose their lives. Next we see Adam follow the instructions on the plan or do we to find out if Adam meets the resistance and what’s next in the Animosity world pick up the issue.

Animosity: The Rise #3 is the last of the trilogy of one-shots in the series. We see a lot occurring in this issue and the reader must pay attention to the details. The Animosity world expands with this issue and leads to the next series in Animosity more on that later. I thoroughly enjoyed the expanding of the Animosity world that took place with each of these issues. It’s nice to see the west coast and all that is happening in the vast world.  Overall enjoyed the issue and will pick up Animosity: Evolution 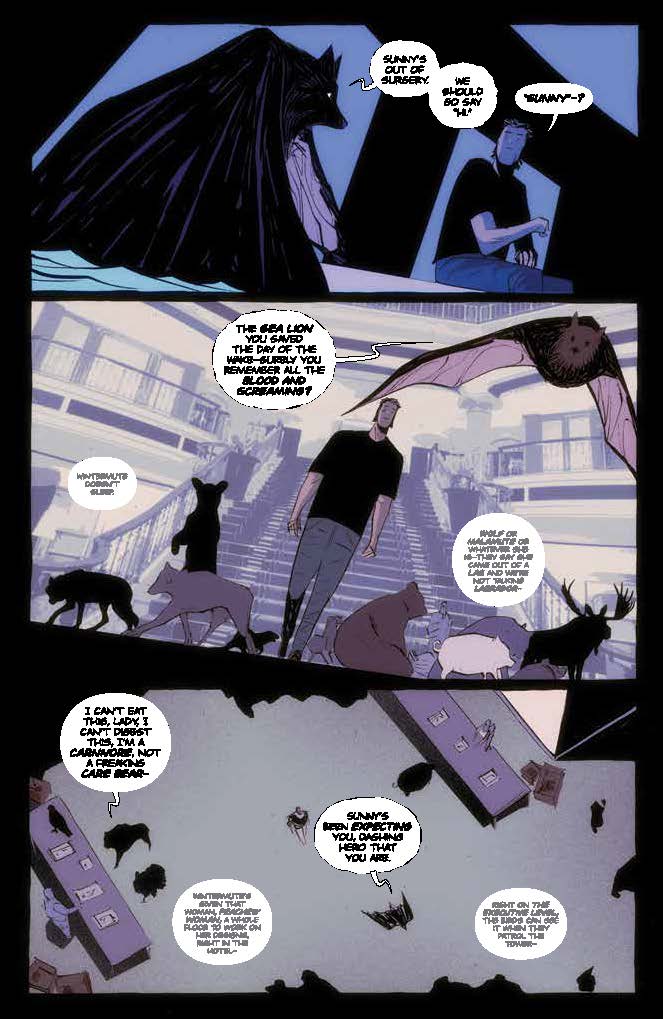 The Animosity world keeps growing and Animosity: The Rise shows that as the world expands we are all in for the treat and showcases why Animosity is one of the best series in Comics.

Pick this issue up Wednesday 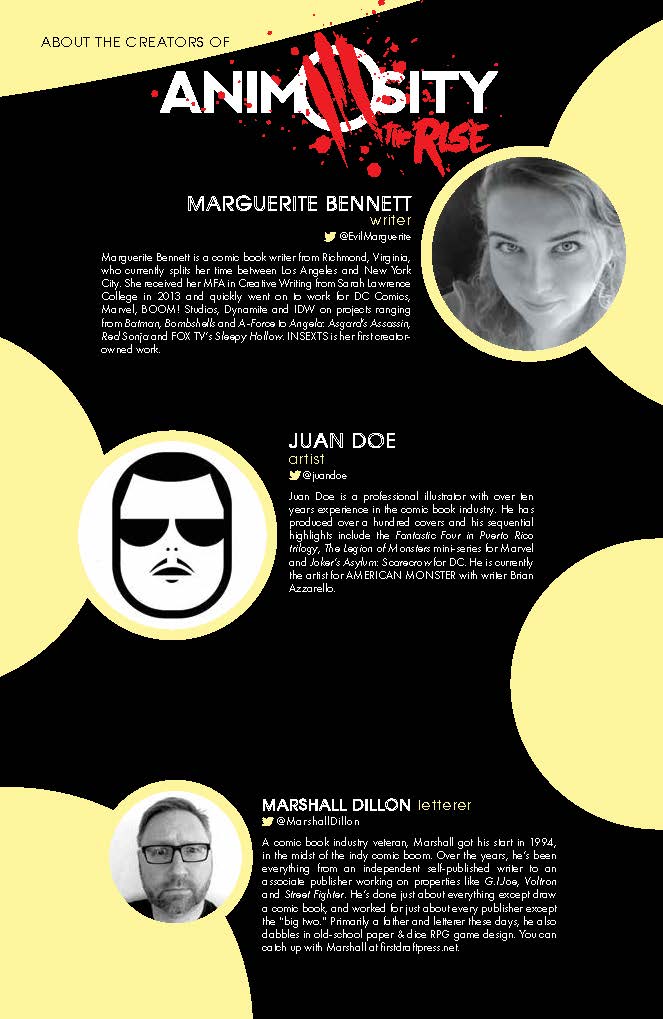