Animosity #9 Review by Ashish Thomas “Men! The only Animal in the World to Fear”  D.H. Lawrence Animosity tells the story of the day the animals woke up. The...
by Ashish August 29, 2017 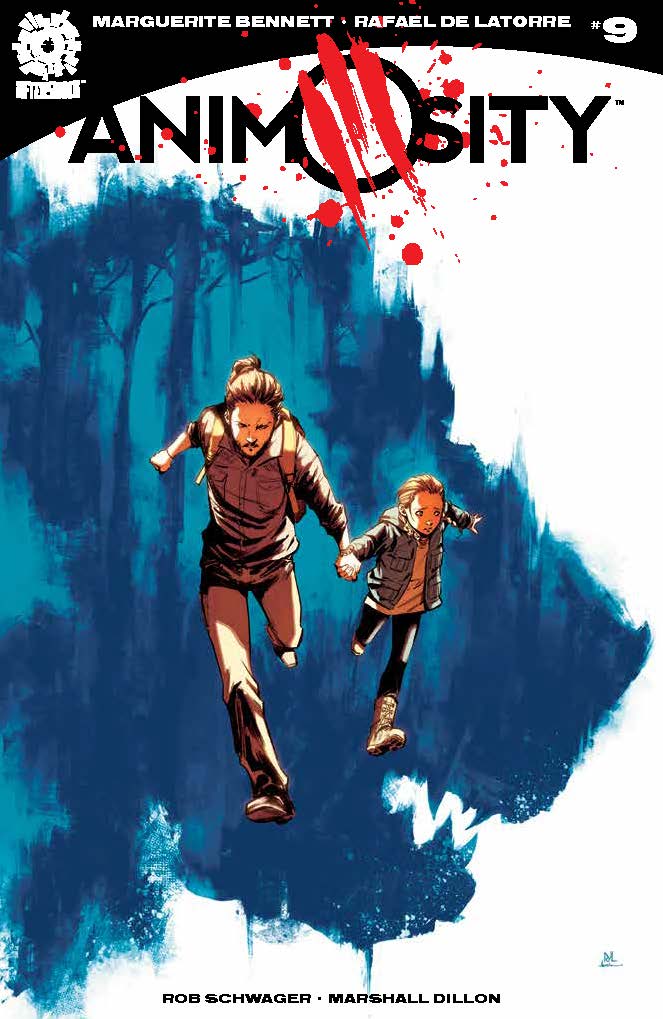 “Men! The only Animal in the World to Fear”  D.H. Lawrence

Animosity tells the story of the day the animals woke up. The animals start thinking which leads to the possible end of humanity. Humans after years of being on the top of the food chain are now lower it’s the animal’s time, and if you don’t like it well, you can die. 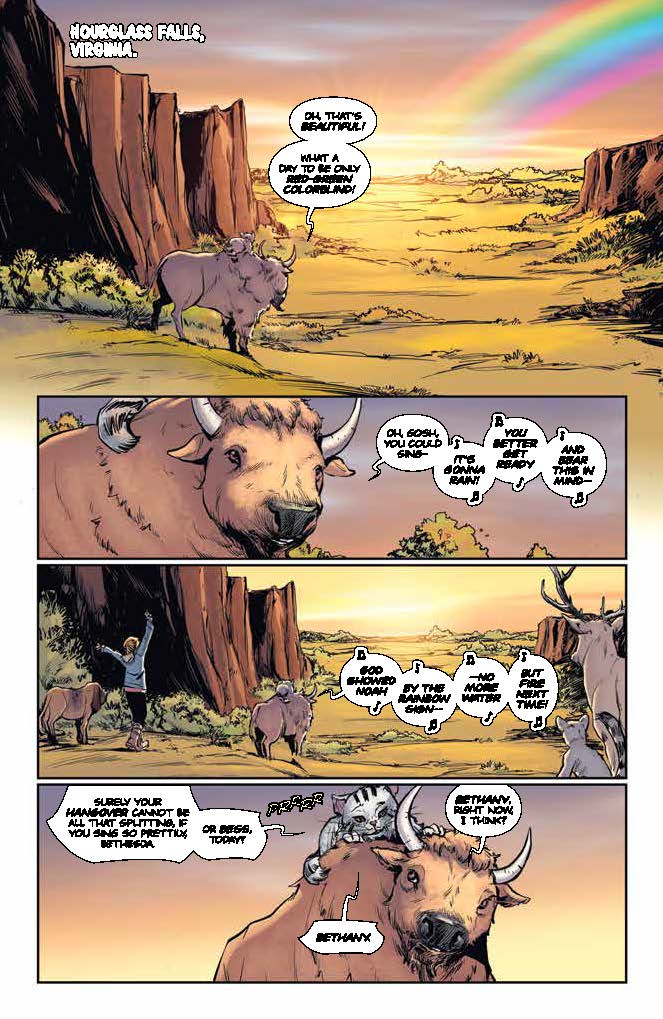 In the latest issue, we see Jessie, Sandor, Kyle and the others continue their trek to California everything was going well until the group reaches West Virginia where they think they see a threat from fire. The group thinks there is a fire or attack. It turns out it’s the Dam that has turned into one giant beehive.  But upon a closer look, some people look like they are harming the bees.  After Jessie see this, the animals try to protect the bee’s as the humans escape. 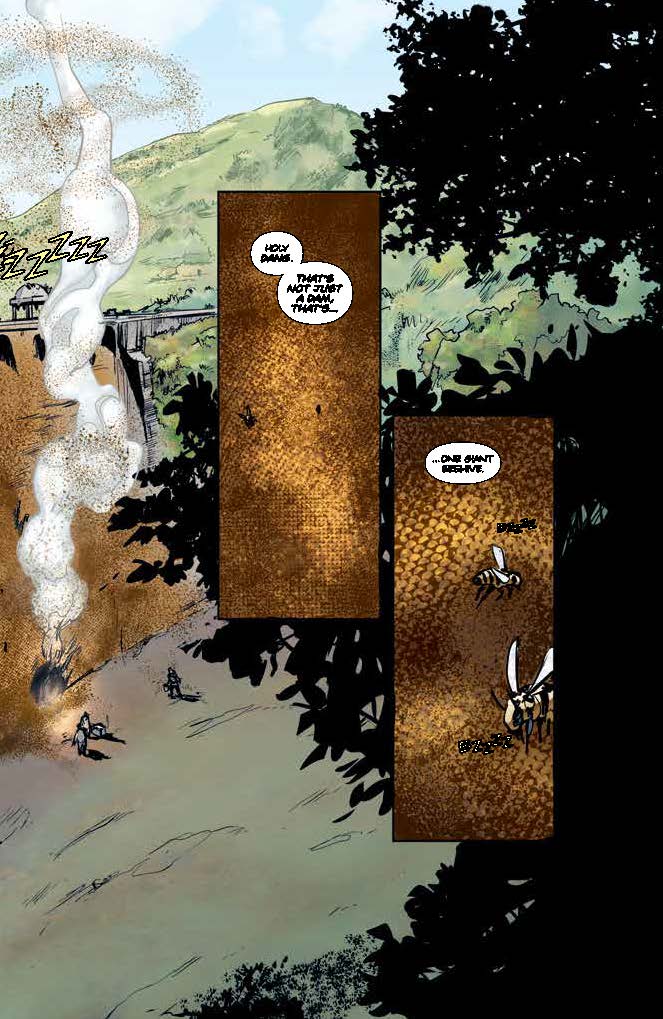 After the humans take the hive’s queen the remaining bee’s task Sandor and group with finding the queen and returning the stole hive mates.  At first, the group argues against this but after some of the group is take hostage by the bees the rest relent and go searching for the stolen bees.  As the group searches for the missing queen and other bees they come upon an old friend. If you want to find out who they meet you have to read the issue no spoilers here.

Animosity #9  is another top notch issue from Marguerite Bennett; I thoroughly enjoyed the pacing and the twist and turns of the issue. I also the throw back to earlier issues of Animosity at the end.  In all an excellent issue and cannot wait to see where this road takes Jessie, Sandor, and crew. The Art from Rafael De Latorre in this issue is fantastic, great use of lines and shading. Great backgrounds and the Bee Hive looked incredible and paired well with the color choices of Rob Schwager. 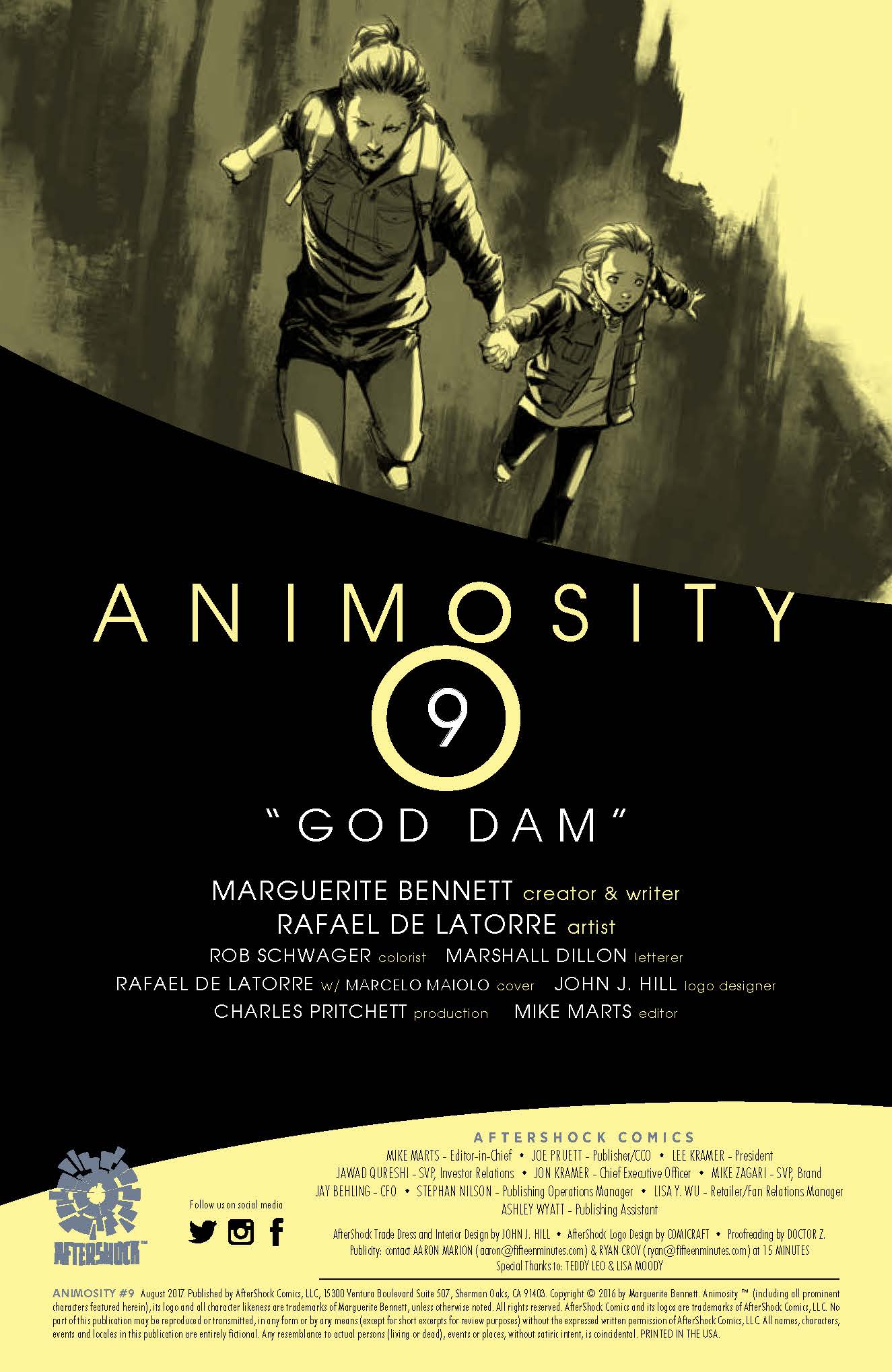