Animosity #10 Review-Here goes the Neighborhood By Ashish Thomas The newest story arc of  Animosity is out Wednesday to catch up on the arc read our review here This...
by Ashish October 17, 2017 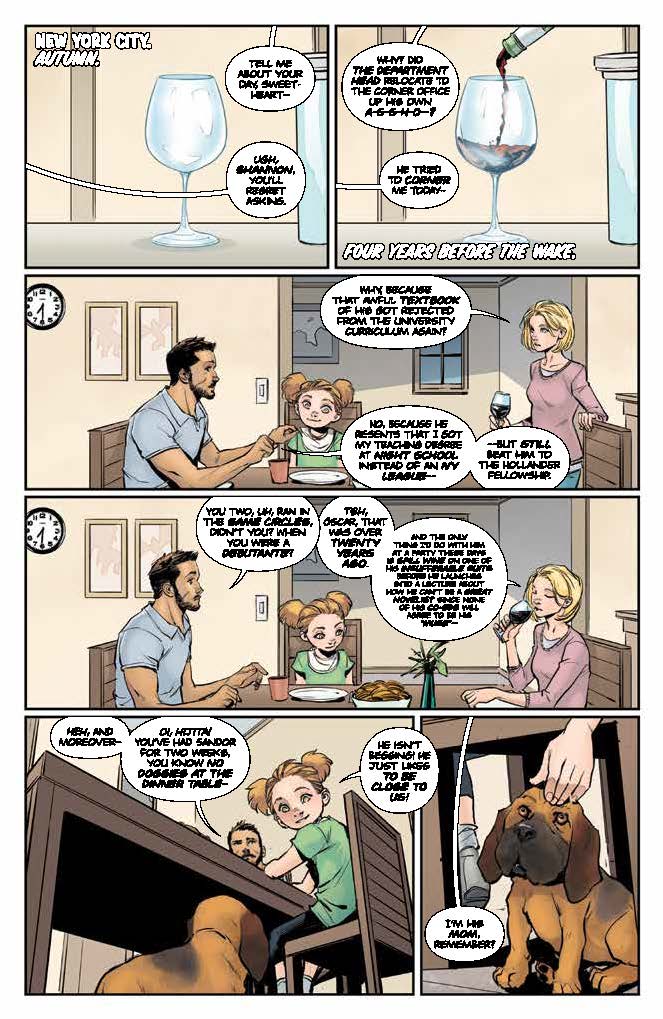 This issue kicks off 4 Years before the Wake we see Jesse and her Parents discussing matters. Then we know Jesses Mom struggle over the years we see her depressed before the Wake. She goes into the bath locking out Sandor which has Sandor worried. 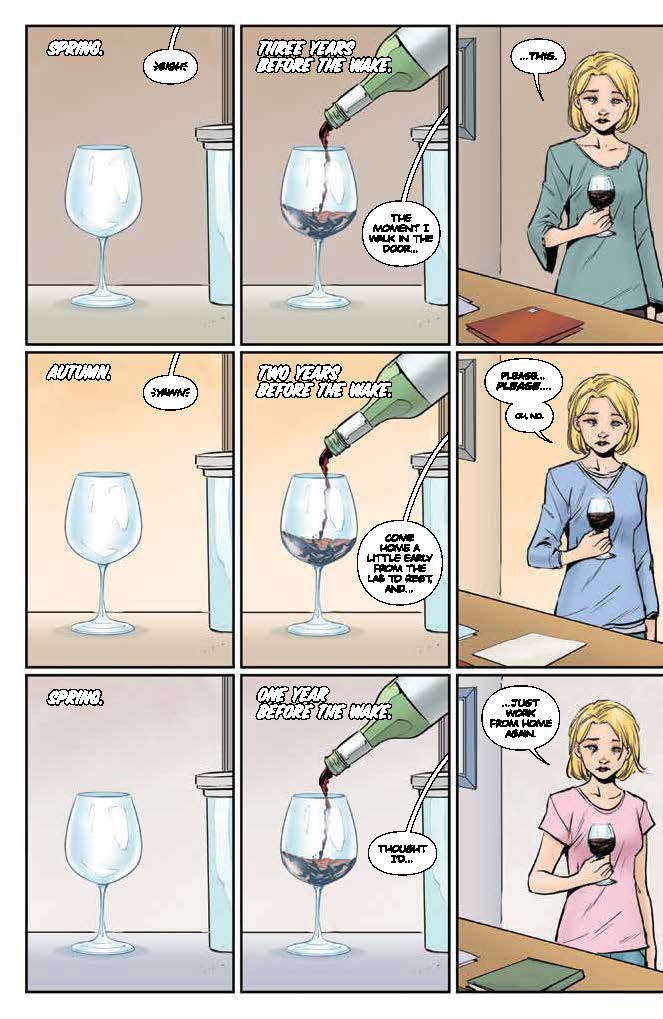 In the present we see Jesse reconnecting with an old friend Mittens in the middle of a commune where the stolen bees might be. Jesse calls Kyle down to meet the other commune members.  Mitten asks about Jesse’s parents apologizing after finding out Jesse’s parents are dead.  Jesse says shes hurt while Kyle picks her up she tells him to keep an eye out for the bees. The Commune members didn’t see Kyle during the previous ruckus finding the stolen queen is the only way to get back Beth and Pallas. 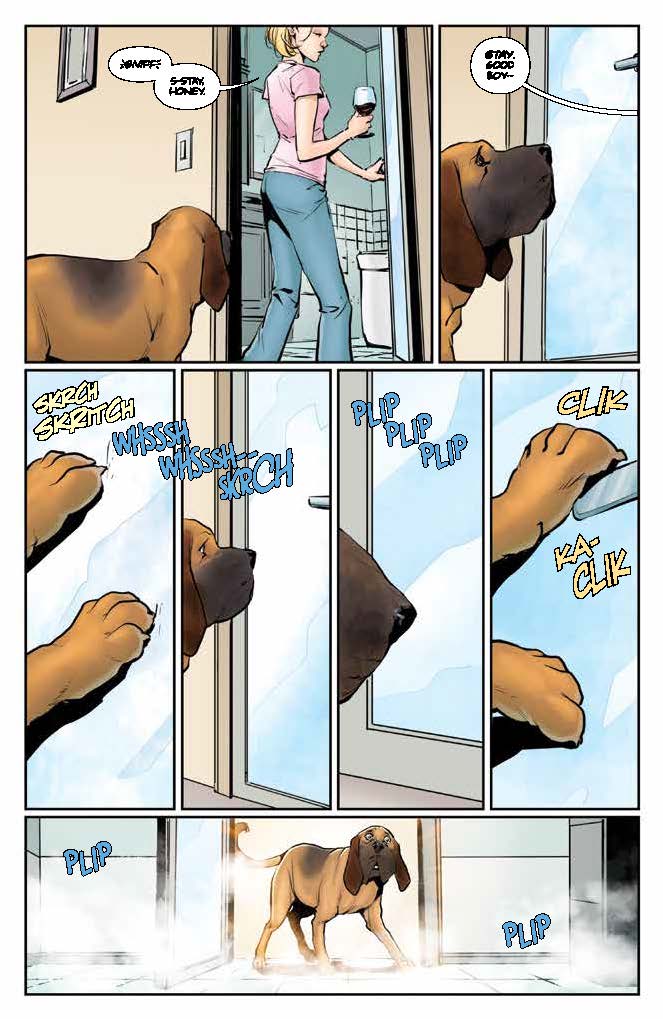 Mitten tells Jesse and Kyle that there at the old Gold farm, the other members show the pair around the commune.  The commune works by a barter system, with animals and a system for food. In fact, there is an orchard, almost ready for harvest. They have an Apiary which keeps the plants pollinated Jesse postulates that must be where the bees are being held. The Commune people also informs Jesse and Kyle that nothing is killed, when people die they decide what happens to their bodies.  The scout bees tell Jesse that the missing bees are in the commune.  Mitten vouches for Jesse but not for Kyle the pair will have to be locked in their room as per the commune rules. 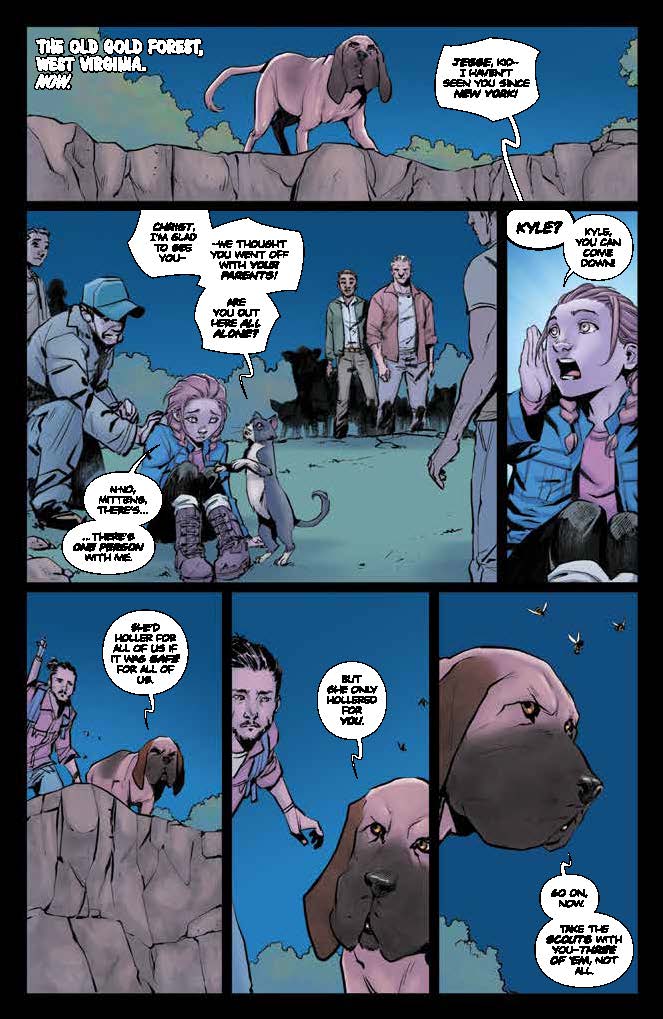 We go back to Jesse’s Mom Shannon a year before the wake. Sandor knows something was wrong breaks into the Bathroom then goes to get help from a neighbor. The Neighbor finds Jesse’s mom in the tub and saves her. Later the woman tells Shannon that she will not tell anyone about her attempt but that she might want to tell her husband.

We see Mittens settling Jesse and Kyle into a room, and locked in. Kyle sees Jesse’s hairbrush, and Jesse starts to brush Kyle’s hair. As Jesse is brushing Kyle starts talking about how great the commune is where everyone can have a happy life and Jesse can grow up safe. Jesse then asks Kyle if he notices whats wrong. Kyle eventually realizes there are no women around in the commune. Jesse takes the lockpick from the brush utilizing the skills Sandor taught her picks the lock to explore the commune.

As they leave, Jesse finds a secret of the commune. To find out the secret, you have to pick up the issue. 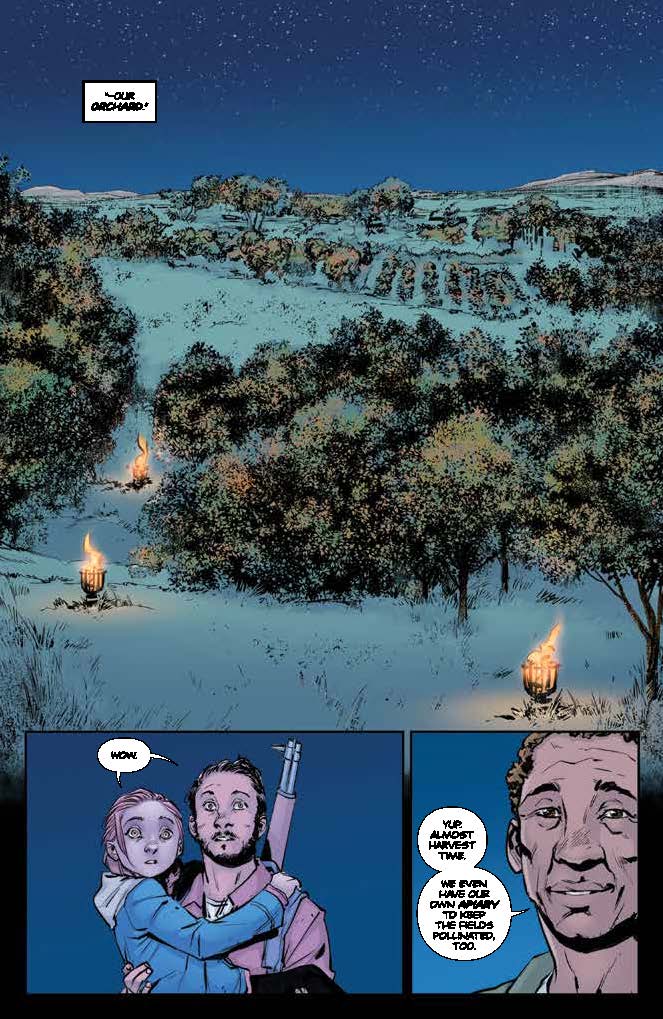 Animosity #10 is an excellent kick-off to the new arc the commune may not be what it appears to be, and the danger is hidden in plain sight. I enjoyed seeing the Jesse and Kyle dynamic at play and that Jesse the kid was more in tune with what was going on than Kyle. It’s nice to see that Sandor taught Jesse well. Also, Jesse is growing up, and we can see the character growing becoming aware in this world.  The Art from Rafael De Latorre and colors from Rob Schwager showcase the serenity of the commune at the same time shows the creepiness of the commune as all is not what it seems.  Again great kick off of the arc it seems we are in for a hell of a ride in this Animosity Arc do yourself a favor pick up this issue tomorrow. 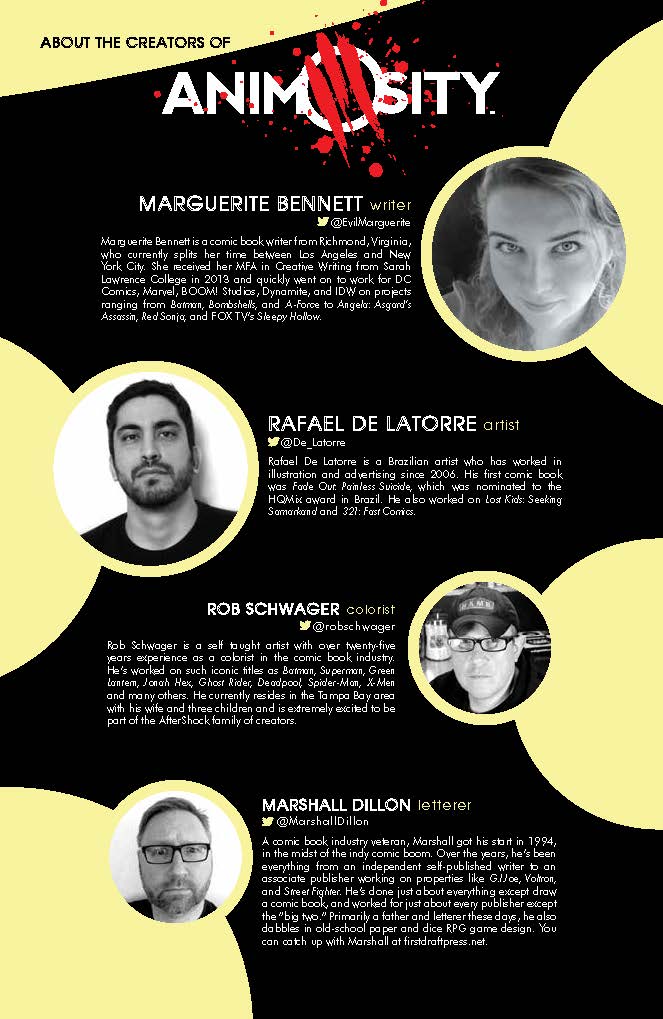