If you've never had much interest in the show before, give season six a chance. It's been a very long time since I have anticipated the next episode in An American Horror Story season, but here we are. 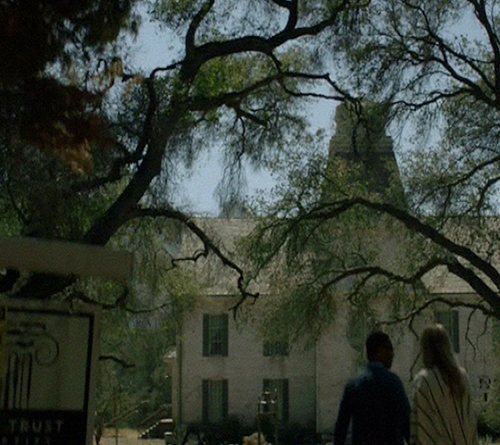 I’ve never been too big of a fan of American Horror Story. I watched the first season all the way through and found that it presented a lot of great ideas but fizzled out towards the end. The seasons beyond that have failed to catch my attention – and I found “Coven”, the third season, to be just plain silly. It’s always felt like entry-level horror geared towards a pop-culture viewership. While that’s perfectly fine (I’ve seen and enjoyed every single Paranormal Activity film, mind you), I just couldn’t get into the show.

American Horror Story season six feels very different. I can happily say that these first couple of episodes have deviated pretty far from the usual norm for the show. This may be attributed to the absence of many major players, namely Jessica Lange and Taissa Farmiga (Zachary Quinto has been gone for some time now), giving it a fresher feel than ever before. In place of them, Cuba Gooding Jr. has joined the cast, playing one of the leads – and he certainly delivers.

The sixth season, “My Roanoke Nightmare”, is told as a faux-documentary show about a haunting. If you’ve ever seen the aptly-titled television program A Haunting on Destination America, you know the format. People speak about their paranormal experiences, narrating a “true story” while hired actors depict the events.

It follows the story of a couple named Matt and Shelby, LA natives who buy a house for a deal that’s almost too good to be true in North Carolina. While Lily Rabe and Andre Holland narrate, Sarah Paulson and the aforementioned Gooding Jr. portray the events in dramatic fashion. It’d be criminal not to applaud all of the actors involved for their excellent work here in this season, which, if anyone’s ever seen a television show before, knows can make or break the show. It absolutely “makes” it here.

There’s an issue (besides the fact that the house is obviously not what it seems): Matt is black, and Shelby is white. The backwards natives of the town do not take kindly to this and start causing trouble immediately. American Horror Story has never been one to shy from social commentary, and racial prejudice is an important topic of discussion in any form of media. But so is addiction.

Matt’s sister, Lee (Angela Bassett and Adina Porter) comes to stay with the family in the new home. She is struggling with addiction and only gets visitation rights to her daughter. When her daughter goes missing, however, all Hell breaks loose.

The season, so far, has a slower pacing with more attention to atmosphere than the show generally has. Both of these things work in creating a season that is infinitely more interesting and realistically dramatic than previous entries to the show. “Roanoke” seems to have no problem taking its time to tell a good story, pulling in the drama when it needs to, but also letting the blood flow freely whenever appropriate. A depiction of a disembowelment is an unsettling yet effective surprise for any show. Chills; straight chills at the sight.

While there have been many twists and unexpected plot turns thus far, the show is promising a severe change in direction soon. This will either kill the show or amplify its effectiveness. I’m extremely curious to find what it is and would have to take an educated guess to say that it has to do with the format in which the season is presented. This format, the show-within-a-show, is highly intriguing. It’s something that, surprisingly, I have not encountered before. Is the camera crew something more sinister than what they appear? Or is it something different?

If you’ve never had much interest in the show before, give season six a chance. It’s been a very long time since I have anticipated the next episode in An American Horror Story season, but here we are. Oh, and I hate to admit this, but Lady Gaga’s been pretty good so far.