The first season of American Gods was jam-packed with godly goodness, and we’re hardly a quarter of the way into the novel. I’m already desperate for season two, but...
by Jake Hill July 11, 2017

The first season of American Gods was jam-packed with godly goodness, and we’re hardly a quarter of the way into the novel. I’m already desperate for season two, but before we get there, let’s take a moment to slow down and look at the stellar first season.

My expectations were high for this show. In a few words: it delivered. American Gods met my expectations perfectly. It expanded upon the book, modernized it, and gave it a lot of interesting depth. Characters who appear in just a few pages, like Salim the salesman, got to be in multiple episodes. Through intelligent creative decisions, the show may have improved upon my favorite book. 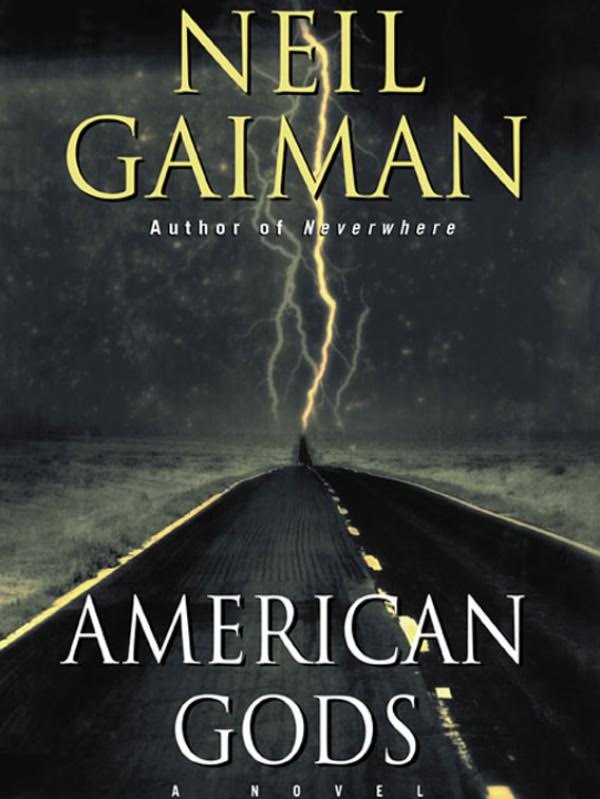 For example the sequence with Essie McGowan is in the book. Much of the script was lifted from Gaiman’s writing. But the simple decision to cast Emily Browning as Essie, to give her that added connection to Mad Sweeney, changed everything. Bryan Fuller didn’t add any lines of dialogue, but by being such an expert in his field, he created meaning with a simple casting decision. 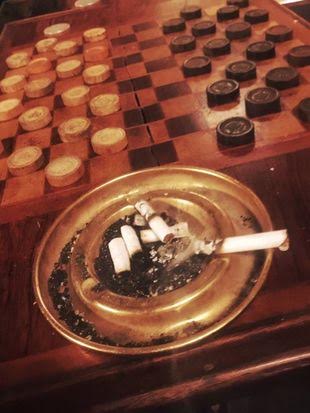 That’s a microcosm of the entire first season. Media’s monologue to Shadow in the big box store was almost verbatim from the books, but with a few lines added. With less than a dozen words, Fuller and company completely altered the scene. Did you cringe like I did when Media called out people who are looking at their phone screens when they are watching their TV screens? It’s like she was looking out of the TV screen in the show, and the TV screen in my house to look right at me. That was divine.

The cast was nothing short of extraordinary. Shadow is a very flat character in the book. Not without reason, but Ricky Whittle added tremendously to a very one-note subdued everyman, infusing him with depth. Ian McShane may be best remembered from this role, even over his other famous performances (Al Swearengen on Deadwood comes to mind). That’s how good he is in that. 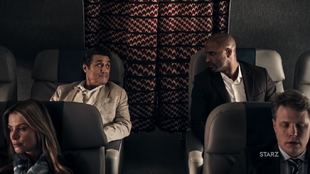 Everyone else is astonishing too. Gillian Anderson as Media, Bruce Langley as the Technical Boy, Chris Obi as Anubis, all of them made their characters memorable and larger than life. I could just keep listing actors. Orlando Jones as Mr. Nancy. Yetide Badaki as Bilquis. There wasn’t a dud in the cast.

What was truly amazing though, was how actors totally burned themselves into your brain with very little screentime. The family of Russian Gods were barely in two episodes, and were all fantastic. Betty Gilpin, who played Laura’s friend Audrey may have been the best performer in the whole show, with two damn scenes. I can’t stop thinking about Jeremy Davies as White Jesus, and that dude had maybe three lines. 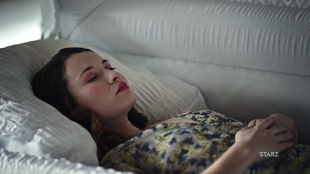 American Gods should be remembered as having one of the greatest casts of all time.

All in all, the show was fabulous, but there were two episodes that were less than perfect.

The first was “Lemon Scented You,” the episode introducing Mr. World and the New Gods properly. The episode was carried by the aforementioned excellent performances, but this was the closest the show came to being too weird for its own sake. While a lot of the New Gods presentation was flashy in the right ways, there was also a lot of unexplained strangeness. That cop who turned into an evil tree? Are we ever going to follow back up with that?

But “A Murder of Gods” was a disaster. The Vulcan episode looked like an unedited vision board, and was unfortunately the most original episode in the bunch. The town of Vulcan was an over-the-top liberal’s nightmare of a gun-loving southern town. There was an uncaring factory, literal bullet rain, a Mainstreet U.S.A. aesthetic, um Nazi armbands and uh, a New Orleans funeral band? American Gods can rock the cartoon look, but this was scattershot, and hardly served to say anything about anything. It said a lot of nothing very beautifully, but the show proved it could be so much better.

House on the Rock

By the end of the season, the gods were just about to arrive at House on the Rock, where Mr. Wednesday rallies them in the book. In other words, the show is almost up to the fifth chapter of  a twenty chapter novel.

That being said, it actually mined a lot of content from later in the book. Shadow doesn’t meet Easter until much later. Same goes for that confrontation with Mr. World. The conversation he has with Media in the store is almost at the very end of the book. 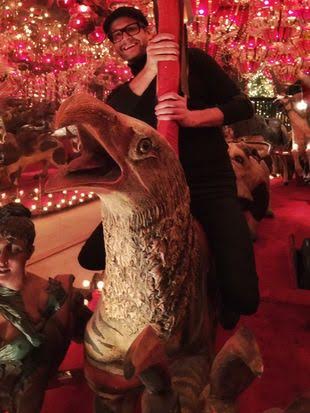 The show is going to have to drastically change moving forward. On the one hand, the House on the Rock is where the cast finally comes together and the war between Old Gods and New can finally begin properly. On the other hand, the show is going to have to start filling out the book with brand new dialogue, scenes and adventures. Despite not getting far in the story, they burned through a great deal of the character interaction.

I have high hopes. Most of the added material (besides Vulcan) was phenomenal. I’m sure that as everyone gets more comfortable, American Gods will become one of the most confident fantasy shows on television.

The “Coming to America” sequences were one of the best parts of the show, and almost all of them came from the book. The problem is, by the end of the season, they only left themselves with one more.

I hope they maintain the format, having one of these flashbacks in every episode, but they are going to have to seriously embellish. America is a story about immigration, and American Gods reflects that reality. This stretches back from the first humans to cross the land bridge over from Asia, to a closeted gay salesman experiencing the terrors of American freedom.

The only “Coming to America” left is a doozy- it’s about the Haitian Slave Revolt of 1791. After that though, we’re going to need to fabricate new origins for gods. Eventually, they may even start to look at the beginnings of the New Gods, which would be amazing. How was Media born in America? When did Technology become a god?

A lot of American Gods the book takes place in a town called Lakeside, Wisconsin. The people of Lakeside are an important part of the supporting cast, and the biggest absence from the show so far. Fuller has indicated that season two is going to be the Lakeside season, which makes a great deal of sense, and that means casting characters like old man Heinzelman, college girl Samantha Black Crow, good cop Chad Mulligan, and the grieving neighbor Marguerite Olsen.

That doesn’t mean the lovely road trip we’ve been on needs to end, but having a consistent location to return to may help anchor the show. This would save them some money, but also give the viewers some consistency, which could let them do some really weird and wonderful stuff.

There’s also a war coming. It’s going to involve gods and monsters and be totally magical. 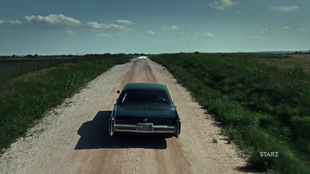