Alien covenant hits theaters this weekend in all its face-hugging, acid spewing glory and fans of the franchise will enjoy the latest entry in the Alien mythology. Ridley Scott...
by James O'Donnell May 19, 2017

Alien covenant hits theaters this weekend in all its face-hugging, acid spewing glory and fans of the franchise will enjoy the latest entry in the Alien mythology. Ridley Scott makes his long-awaited return to true Sci-Fi horror in this epic sequel to 2012’s Prometheus and delivers on some, but not all of the promises made in the film’s trailers. I’m going to try and keep the early part of this review spoiler free for people that plan on spending the weekend locked into the utter euphoria one only achieves in seeing hapless space-travelers ripped asunder by the famous K-Y Drooling space monster, but after the jump, there will be spoilers. BE WARNED.

First off, there was a lot to like about this film, particularly for longtime fans. As trailers have shown, we finally see the return of the Xenomorph in its proper setting IE not fighting the Predator in 2004. While it did take an absurdly long time to finally happen, the appearance of the titular Alien was so awesomely brutal that actual adults I sat with in the theater screamed out loud. The tech in the movie was toned down to line up more with the aesthetic in the first two Alien films while peppering in references to real world sci-fi tech like utilizing solar panels to power long-term space flight. Unfortunately, I think a lot of the fun in this film gets bogged down in the (at times) overbearing setup and desperate need to connect this film to its predecessor. Overall I left the theater feeling like I’d seen the third best Alien movie and gave it a solid B+ rating, with good performances from Michael Fassbender (David/Walter), Katherine Waterston, Billy Crudup and a surprisingly great dramatic turn for Danny McBride. 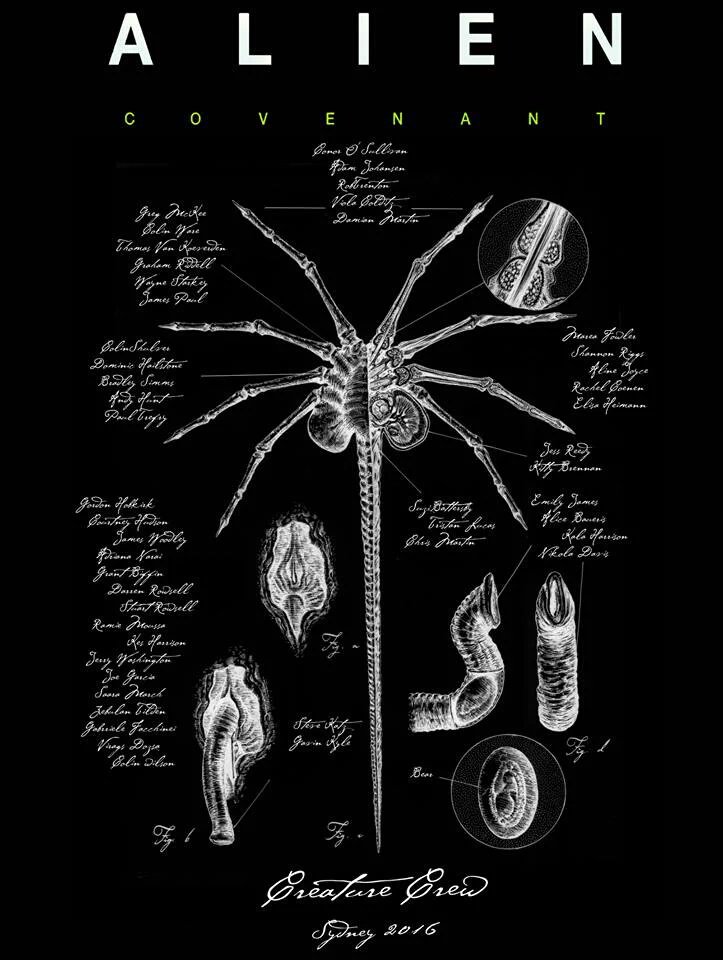 The bottom line is that I would recommend this movie to fans of the franchise that have been pining to a return to horror. But be warned! There are several stretches of boring setup between Xenomorph kills.

Just some random thoughts on things that I liked/disliked:

-While Scott finally returns the franchise to its “Oh shit it’s right behind you” style scares, I found the over the top nature of the kills themselves a little underwhelming. There were several points in which I felt the scares would have been just as effective had the camera cut away a moment before the actual attack then show the aftermath as the survivors happen upon the carnage. 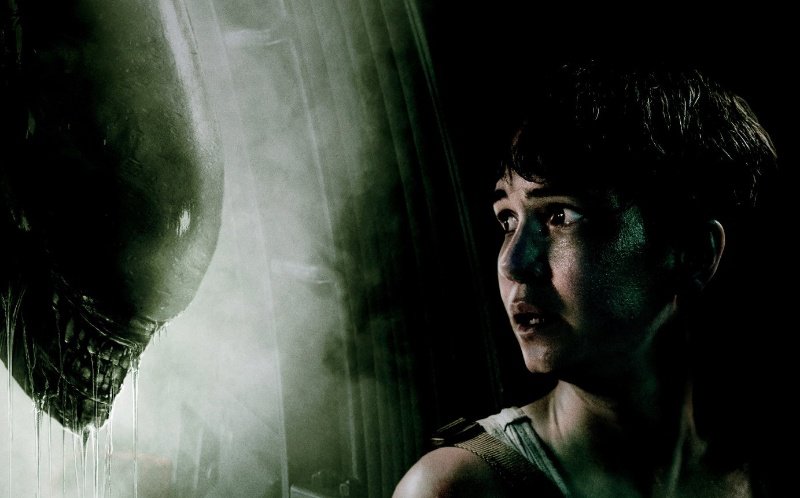 -I went to this film buzzing with anticipation at the prospect of getting to see James Franco get mauled to death by an Alien. I’ve been talking about it since the first trailer dropped, “Oh hey, even if this film sucks at least we’ll get to see James Franco’s chest explode as the Alien’s tail bursts through his body. Alas, James Franco dies like 30 seconds into the movie without a single line of dialogue. It felt kind of like going to Batman V Superman and instead of the two heroes fighting, they decide to settle their differences over a game of Scrabble. Then again, there are no absolutes in this life and Franco’s death leads the way for Crudup’s impish Captain Oram, who’s inability to make a single good decision leads to the deaths of pretty much his entire crew. 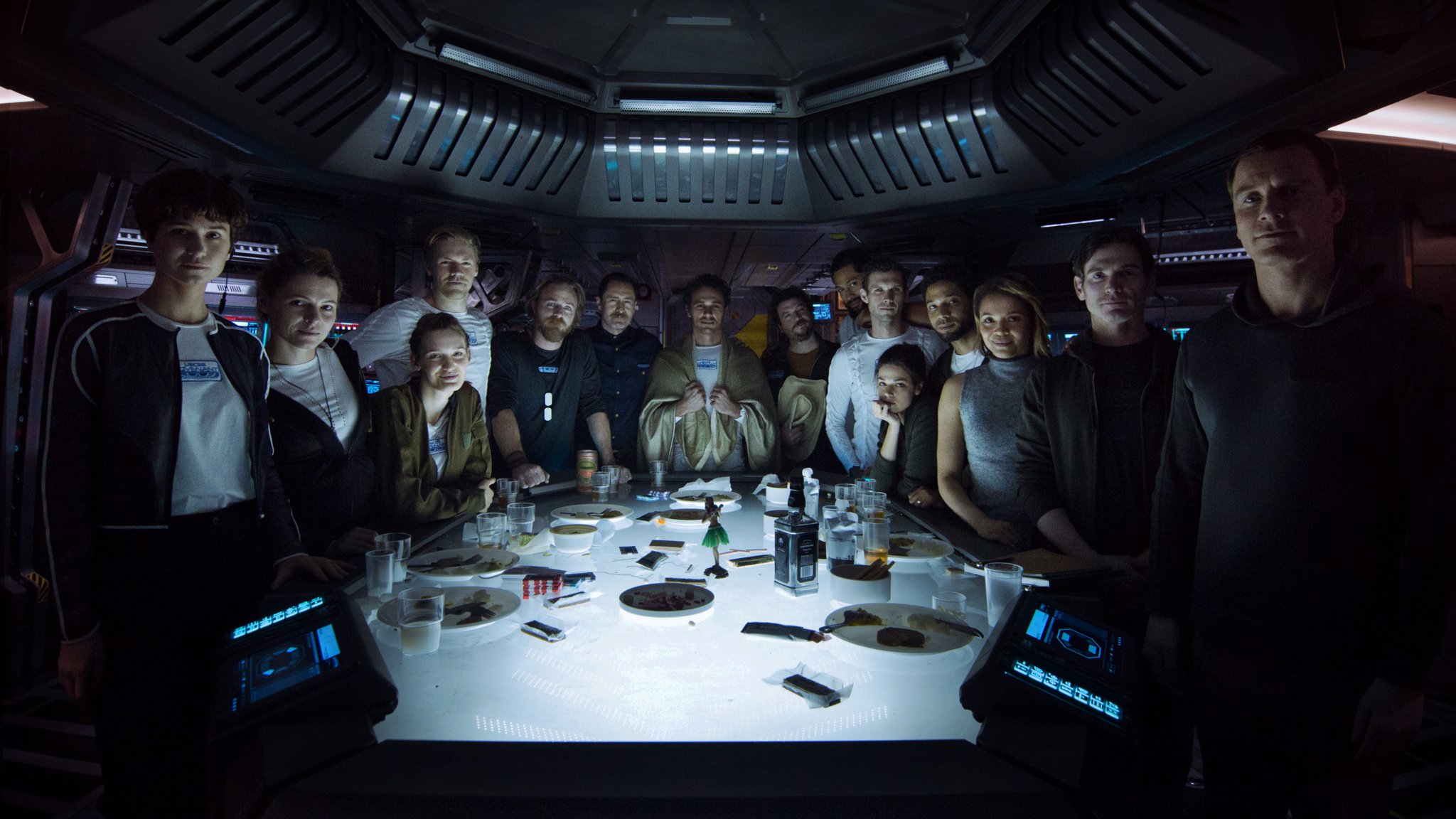 -Oh yeah, everyone in this movie is a moron. They make horrible decisions early and often in a way that almost makes you feel like the screenwriters were being paid by the Trump administration to discredit the intelligence of scientists. No really, there’s a huge plot point in this film in which a bunch of people who are supposed to be smart go out on a random planet they’ve just happened across without any kind of protective suits or breathing gear. There’s also a part in which the film’s villain tricks one of the scientists into incubating an Alien by luring him down into a dungeon full of eggs then asking him to put his face over it. 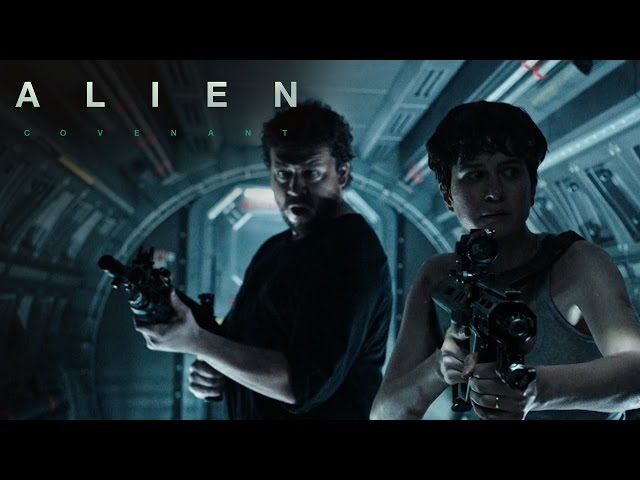 -There were a lot of creepy scenes in which David (the android from the previous film) interacts with next generation robot Walter. Michael Fassbender fans (or Fanbenders as we call ourselves) will enjoy the creepy back and forth between the two but there was a scene toward the end of the film in which David kisses Walter that, quite frankly came off as more funny than anything else. No joke, people were laughing out loud at a scene that was supposed to be the climax of tension in the story. 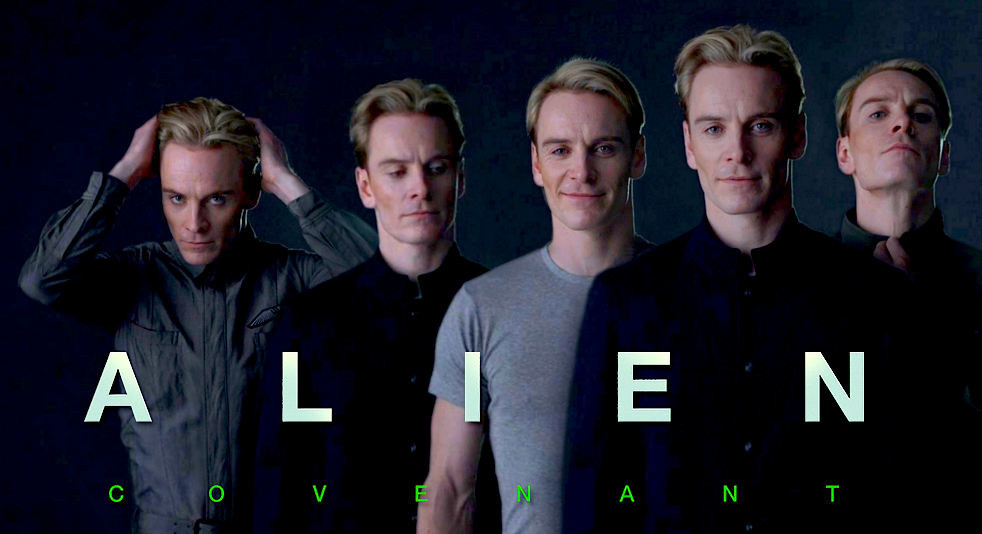 -The villain of this film is (surprise, surprise) David from Prometheus, not the Alien. David’s story, while interesting felt like it would have been better served in Covenant’s sister franchise Blade Runner. It was full of questions as to the nature of creation and destruction and what it means to serve. We also learn the fate of Noomi Rapace’s Elizabeth Shaw and boy howdy is it not pretty. 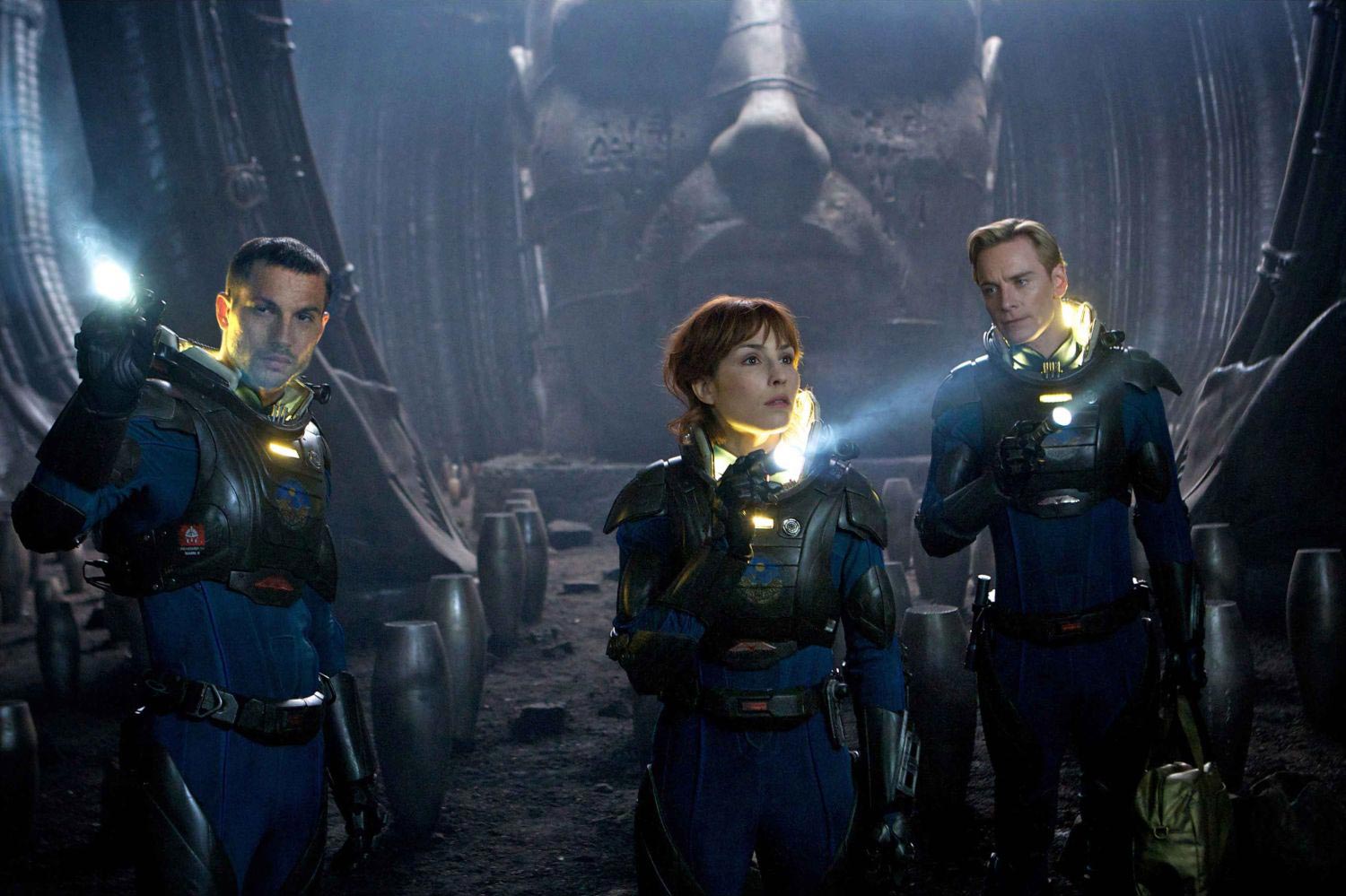