She’s a ginger cat lady – what’s not to love? 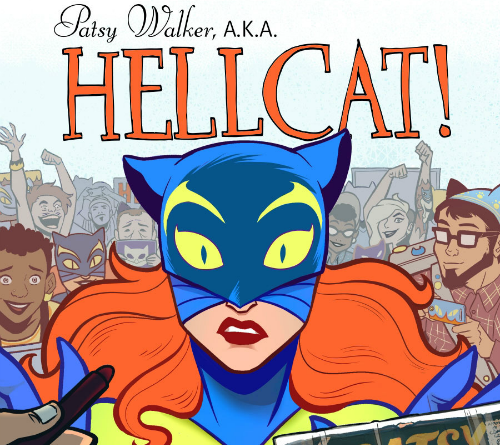 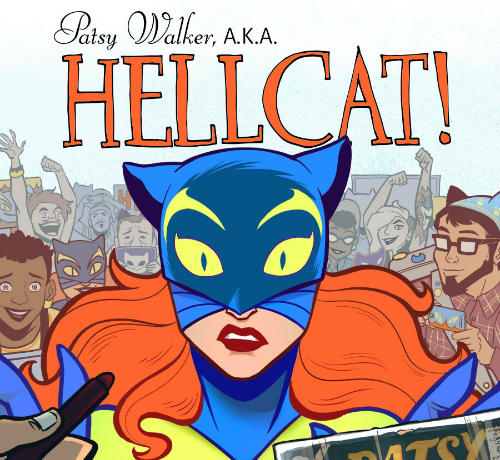 She’s a ginger cat lady – what’s not to love?

If you’re anything like me, the comics industry is more than intimidating. American comic books debuted in the 1930s, though the late 1950s mark when superhero comics reached a dominant status. Since then, superhero comics pretty much rule the comics shops. For those not counting at home, that’s well over 50 years of comic books. Where the heck does one even start??

Comic books seem daunting and unapproachable. If I start reading one series but not another, will they make sense? If I want to talk about the comic books I like, will I be able to – or will I be frowned at for not tackling all 80-something years of comic books from just as many publishers? So I just never started.

Until Patsy Walker, AKA Hellcat whose first issue was published in December 2015. Why this comic? Well, it features a redheaded superheroine who not only likes cats but whose superhero identity has something to do with cats. Redhead? Check. Cats? Check. Struggling to find a job and pay your bills? Check and check. I’m sold. Get me to a comic book shop!

Here’s Marvel.com’s description of the series:

PATSY WALKER has managed to escape her past, her enemies and Hell itself (literally), but nothing compares to job hunting in New York City! Between trying to make rent and dodging (literal) bullets, Patsy barely has time to deal with her mother’s exploitative romance comics about her childhood resurfacing, much less how they start to interfere with her work and dating life. As she goes from living a double life to a triple, what the Hell is Patsy Walker supposed to do? Raise your (literal) claws for PATSY WALKER, AKA HELLCAT! 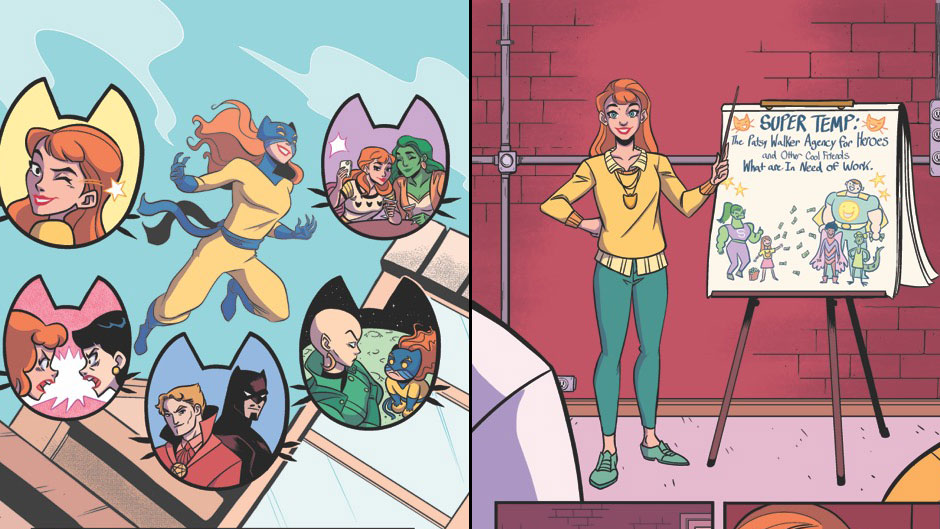 Patsy Walker, AKA Hellcat! by Brittney Williams – image from Marvel.com

The colorful art and lighthearted storytelling make Patsy Walker, AKA Hellcat a great option for those who are ready to move on from “dark and gritty” superhero stories. While the comic’s titular character made an appearance in the Netflix original series AKA Jessica Jones, AKA Hellcat features an entirely different character and storytelling method. In this comic, Patsy is energetic and fun-loving, open to making new friends, and struggling to keep her “Patsy Walker” identity under wraps as she works retail and moonlights as a superhero. I enjoyed AKA Jessica Jones but I am loving AKA Hellcat. Not only are the two series created in different mediums but they follow different stories.

Written by Kate Leth and illustrated by Brittney Williams, AKA Hellcat is something special. This comic may reference events of other comics and of Patsy’s previous life (and death) but it’s always done with references to which comic features that information. And if you’re like me, you don’t even need to seek out the prior comics to make sense of what’s happening. I never feel lost when reading AKA Hellcat, despite antagonist Casiolena coming from some issue of The Defenders or the existence of Patsy’s past life as the subject of a teen novel series. In an interview with Comic Book Resources, Leth stated “I want it to be a book anyone can read, not just a hardcore comics fan.” Thank you, Kate Leth, for making this a book that I can read. 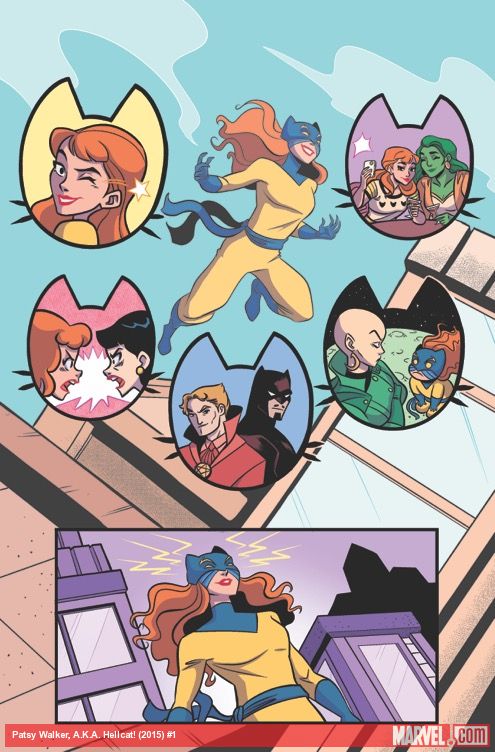 Plus there’s the art. Leth calls Brittney Williams “a master of fluid vivid storytelling,” citing her animation background as part of what makes the art so great. Leth’s “exactly the right team for this book” pairs Williams’ art with Megan Wilson’s colors. And she’s not wrong! I love the bright colors and cute designs in this series. Plus I want basically all of Patsy’s clothes.

According to my friends who actually read comics, AKA Hellcat follows in the fun-loving footsteps of the new Unbeatable Squirrel Girl and Howard the Duck comics. With cameos from Doreen and Howard (as well as an onslaught of other beloved Marvel heroes), AKA Hellcat gives me an introduction to other heroes in bite-sized morsels that encourage me to seek them out. If I were going to pick up another comic, put your money on Unbeatable Squirrel Girl.

Leth calls Patsy “a twenty-something year old girl looking for work and purpose in New York City.” Change the location and that description fits not only me but so many others. The art drew me to the cover but the story kept me.

If you’re not ready to pick up a copy of AKA Hellcat, you can get a taste for it by checking out @akapatsy on Twitter. Yes, Patsy Walker a.k.a. Hellcat has a Twitter account. 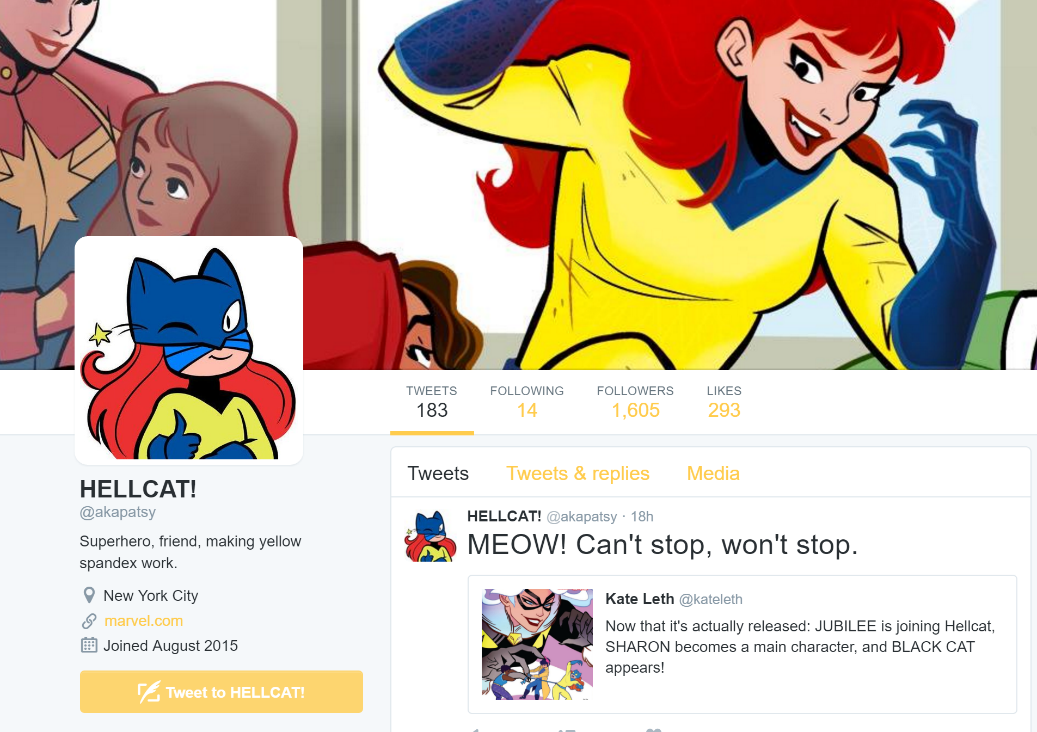