This Ain’t Right Movie Podcast-The Wraith     So we decided to do it we watched an 80’s car classic NO NOT KNIGHT RIDER. NO NOT DUKES OF HAZZARD...
by Ashish May 28, 2017

So we decided to do it we watched an 80’s car classic
NO NOT KNIGHT RIDER.
NO NOT DUKES OF HAZZARD

We watched the weird scifi adventure film The Wraith……

Check out my article on The Wraith here

Its a lot longer than I remember…..
So many questions
What was the Wraith heavenly being, Alien

How could the motorcycle fly
What was in the supercar….

Also its been said that Mike Marvin feels that the Crow ripped off the Wraith… those claims have yet to be substantiated. 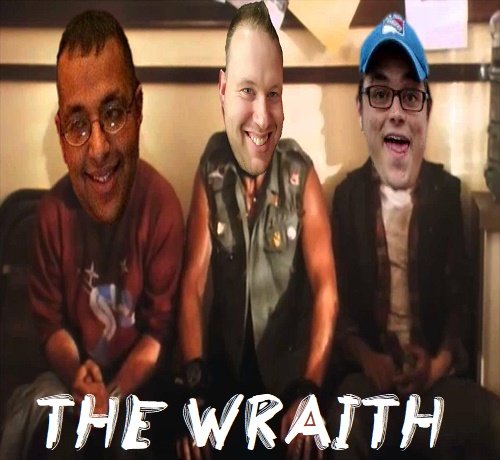 The Wraith….Fast and the Furious before you know……..

Rockstars, Vol. 1: Nativity in Blacklight Conjures up the Power of Rock