It’s that time again for Adventures in Collection

So this installment is going to be different. 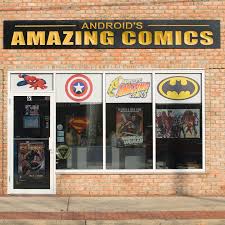 Recently Androids Amazing Comics for a Sale, Androids Amazing Comics is a comics shop in Sayville NY 61 Railroad Ave, 631-567-8069, The owner Anthony is a really awesome guy, very knowledgeable and gives independent comics a chance. Check out their website here  and they are on Facebook and Twitter. I usually try to go twice a month and their sales are really good. I even got to meet Scott Snyder at a signing there. I have picked up a lot of back issues there including the 1st issue of Peter Parker the Spectacular Spider-man which revived my love of collecting, the prices are very fair and they have a huge catalog of comics and toys. 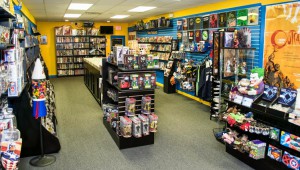 So on July 25th I decided to go to their 50% off back issue sale, there were a few things I needed to pick up.  I met my buddy Angelo at the shop who showed me a rack which had 5 dollar graphic novels. At the time, I thought it was a mistake but will get to that later on.

So upon examining the rack, I found some amazing graphic novels some that need to be in every collection that for various reasons were not in my collection.

League of Extraordinary Gentleman Vol 1– (Alan Moore and Kevin O’Neil), – The story takes place in 1898 in a fictional world where all of the characters and events from Victorian literature (and possibly the entirety of fiction) coexist. The characters and plot elements borrow from works of writers such as Jules Verne, Sir Arthur Conan Doyle, Bram Stoker, H. G. Wells and Robert Louis Stevenson.  It is a favorite of mine and much better than the movie with Sean Connery. The series has been in the news with rumors of a reboot movie coming out. 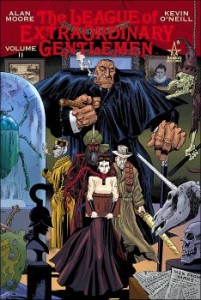 League of Extraordinary Gentleman Vol 2-( Alan Moore and Kevin O’Neil) This volume continues the narrative of Volume 1- Mina Murray, Allan Quatermain, Hawley Griffin, Dr. Henry Jekyll/Edward Hyde and Captain Nemo who respond to an invasion of England by extraterrestrial invaders. Again Alan Moore is one of my favorite authors and again another treat in the collection. 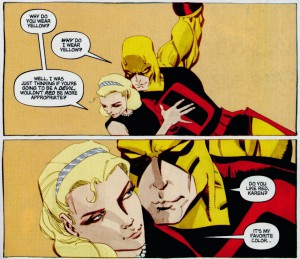 Daredevil Legends (Yellow)-(Jeph Loebs/Tim Sale) Daredevil: Yellow miniseries presented another take on Daredevil’s origins using letters written to Karen Page after her death. The series depicts the early rivalry between Matt Murdock and Foggy Nelson for Karen Page’s affection and incorporates many events depicted in the earliest issues of “Daredevil” Vol. 1. The supervillains the Owl and the Purple Man appear as antagonists. In this story, Daredevil credits Page with coining the phrase “The Man without Fear”, and she suggests to Daredevil he wears all maroon instead of dark red and yellow. It is a classic not as iconic as Loeb’s Long Halloween but a must own for any Daredevil fan. 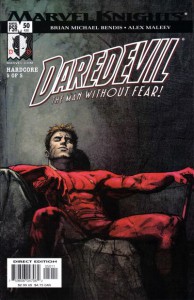 Daredevil-Man without fear– (Brian Michael Bendis and Alex Maleev) a classic telling of the iconic Man without fear, From Wikipedia  IGN called Bendis’s four-year-run “one of the greatest creative tenures in Marvel history” and commented that it rivaled Frank Miller‘s work.[61] Developments in this run included the introduction of romantic interest and future wife Milla Donovan, the outing once again of Murdock’s secret identity, the reemergence of the Kingpin, and Daredevil’s surrender to the FBI. 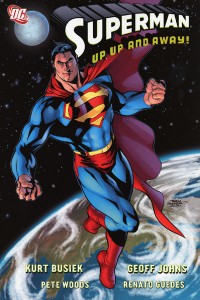 Superman Up, Up and Away– (Kurt Busiek, Geoff Johns, Peter Woods, Renato Guedes) collects  In this collection featuring SUPERMAN #650-653 and ACTION #837-840, as Clark Kent concentrates on his career, the need for the Man of Steel has remained as strong as ever – especially now that Lex Luthor has returned to Metropolis, with his thirst for power fully intact! 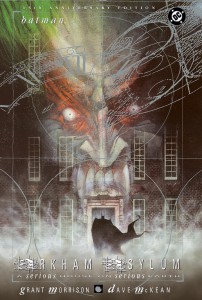 Batman Arkham Asylum–(Grant Morrison, Dave McKean) The inmates of Arkham Asylum have taken over Gotham’s detention center for the criminally insane on April Fool’s Day, demanding Batman in exchange for their hostages. Accepting their demented challenge, Batman is forced to endure the personal hells of the Joker, Scarecrow, Poison Ivy, Two-Face and many other sworn enemies in order to save the innocents and retake the prison. During his run through this absurd gauntlet, the Dark Knight’s must face down both his most dangerous foes and his inner demons. This novel launched Grant Morrison’s Batman career. 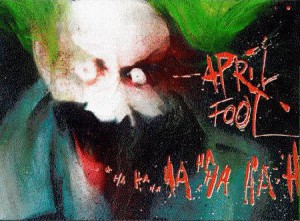 The Uncanny X-Men Presented by Stan Lee –(The original Graphic Novel of the Dark Phoenix saga) (Chris Claremont, John Bryne ) This was the Graphic novel released in 1984 as Stan Lee presents the Uncanny X-Men. It is the telling of the Phoenix Saga and a classic must own for any comic collection. Recently they released a new paperback version of the Dark Phoenix Saga; however to me this feels like a piece of history. 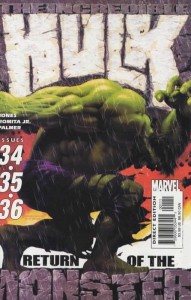 Incredible Hulk-Return of the Monster-(Bruce Jones, John Romita Jr) the cover of this graphic novel is an iconic image of the Hulk and worth the price of the book, the synopsis-When Dr. Bruce Banner loses his cool, cities crumble and armies fall in times of stress. Now, the beast within has crossed the line and Banner is on the run, blamed for a murder he didn’t commit. Collects Incredible Hulk #34-39 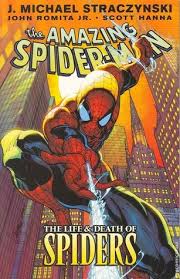 The Amazing Spider-Man: The Life and Death of Spiders (Straczynski, Romita Jr) this graphic novel fills in the blanks for me when I stopped collecting Amazing Spider-Man trades. Don’t worry I came back with the amazing Dan Slott run.  I always wanted to know how Spidey dealt with Shathra. This novel shows Spidey going toe to toe with Shathra who views Spider-Man as her prey. It also marks the return of Mary Jane. This collects Amazing Spiderman #46-50 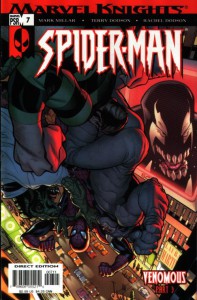 Spider-Man: Venomous: ( Mark Millar, Terry Dodson, Frank Cho) This Is Marvel Knights Spider-Man #5-8  Spider-Man is searching for Aunt May and now has to deal with Venom. Venom is one of my favorite characters and coupled with Mark Millar this was a must have. 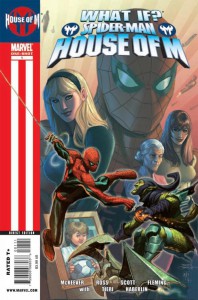 Android’s Amazing Comics is a great comic shop on Long Island, do yourself a favor and visit, Visit them for all your comics, toys and anything in between needs.

The next installment of Adventures in Collection will feature More than Meets the Eye.

Do you have thoughts, want to tell us your collecting story, Let us know in the comments below or you can tweet @thegeekedgods or me, @thatguyash1018 on Twitter