Adventures in Collection Vol 1 Issue #4 So as many people know I am a big batman fan. Batman has been a favorite of mine since I was 7... 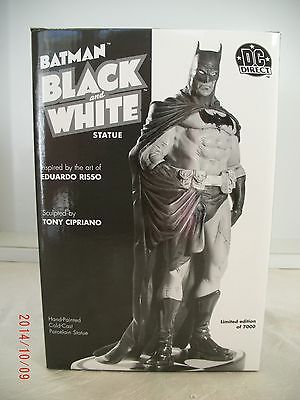 So as many people know I am a big batman fan. Batman has been a favorite of mine since I was 7 and have watched and seen every incarnation of the big screen since Tim Burton’s Batman and collected Batman comics since the 90’s. 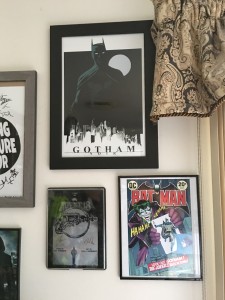 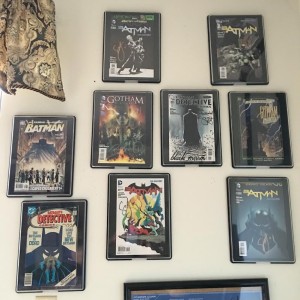 So Batman collectibles are nothing new to me, just see the Batman comic wall or the wall of Batman prints, but last year I discovered one of the best Batman collectible series out there. First let me start this off by saying I am not a statue guy, it’s very rare for me to buy a statue with so much stuff and nowhere to put them, but this series changed my mind because It’s highly affordable, with a high attention to detail and amazing appearance.

The series I am talking about is the Batman: Black and White statue series from first DC Direct then DC Collectibles. Launched in 2005 after the successful, Batman: Black and White comic series, the first statue was based upon Eduardo Risso’s design. Although there is no official checklist unofficially the number of Batman Black and White related statues seems to be in the 60’s. Now the Statues don’t all feature Batman the Penguin, Scarecrow, Joker, Harley Quinn have all gotten the Black and White treatment. Here’s to hoping that there is a Two Face Animated series statue coming. 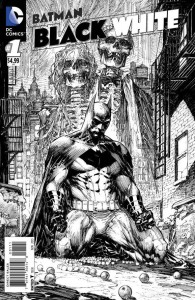 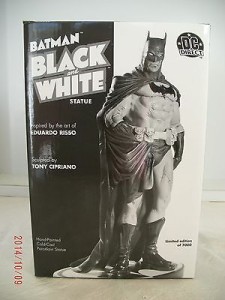 The statues are based on the artwork of some of the most iconic artists to work on Batman: examples Brian Bolland, Frank Miller, Greg Capullo, Jock, Cliff Chang, Neil Adams, Bruce Timm, Mike Mignola, Babs Tarr, Dustin Nguyen, and Cameron Steward. So no one Batman statue should be exactly the same. 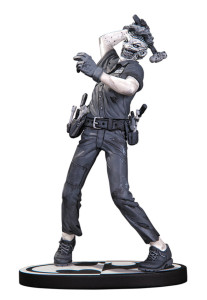 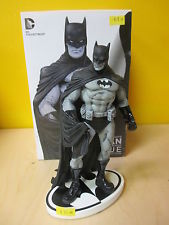 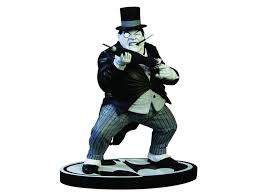 I currently have three statues from the series all purchased from my favorite Comic Book Store 4th World Comics. Each statue honors Batman’s history and showcases different artist’s take on Batman. Highly affordable in terms of statues, the most I’ve seen in retail might be $150 dollars. The first editions are released in limited quantities  and the second editions don’t tell how many quantities are available.

Here are the three I own

Harley Quinn-Based on designs by Bruce Timm-Second edition- I found out about it thanks to @naomikyle and Tim Getty’s unboxing.

Batgirl-First Edition-Based on designs from Cameron Stewart and Babs Tarr, I found out about it thanks to @Babstarr for tweeting out a photo of this awesome statue.

Batman as Dick Grayson- Based on designs by Jock-Second Edition, always regretted not getting the first edition was so glad that I got the second edition.

Each of these statues are highly detailed affordable and represent characters that are my favorite in the series.

I highly recommend this series what’s great about the series is that there are so many versions of Batman and other characters like the Joker, Scarecrow, and Harley Quinn that there is something for everyone. You can easily pick up the series at your local comic book store or online at the DC Collectibles website here. 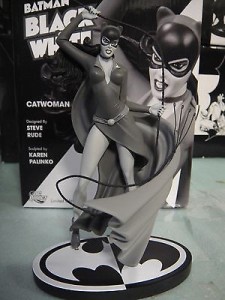 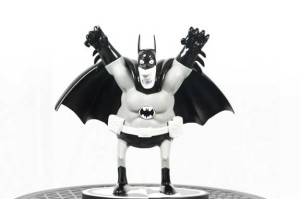 Our Next Adventures in Collection spotlight will feature…….