Adventures in Collection Funko Pop Vinyl-Funko Pops http://funko.com/ Funko Pops represents something of a phenomenon in the Toy Collecting world. The first time I saw Funko Pops I thought to myself... 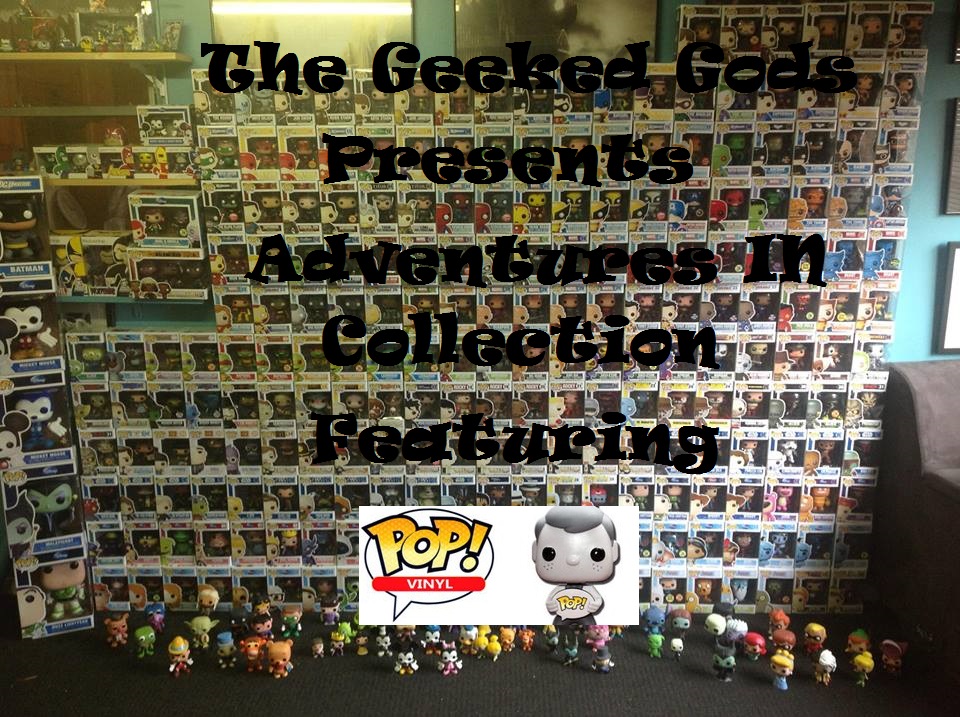 Funko Pops represents something of a phenomenon in the Toy Collecting world. The first time I saw Funko Pops I thought to myself who would buy this; it’s a small bobble head/vinyl figure of my favorite comic book heroes/villains this will never sell however I am Man enough to admit that I was wrong.

The most popular of the Funko line is Funko Pop! Vinyl, in fact, Funko Pop!Vinyl has become the hottest toys in the toy collectible industry. It seems Funko Pop!Vinyl is a bigger phenomenon than Beanie Babies and Furby combined.

In fact, now there are groups of collectors all over social media about Funko Pops including groups to buy sell and Trade Funko Pop! Vinyl, where to get exclusive Pops and Pop Addiction. 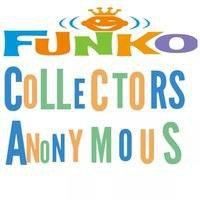 Remember trading is fun but there is always a risk with trading with people you don’t know. Always do your due diligences so always ask the funko group about sellers and traders, and do background checks before trading. I’ve heard some horror stories about trading and people losing their Pops to bad people. Also, Funko pop addiction is real and terrible disease there is now a Funko Pop Anonymous group.

In fact, due to the popularity, there is an official/unofficial price guide for pops http://www.poppriceguide.com/. In fact as with Toy Collection condition is very important so many people keep their Pops in the box to keep condition mint. Also, with the crazy growing Funko Pop Protectors are available to keep your Pops in mint condition.

Funko will often keep certain POP Vinyls figures in production for several years, but with the crazy number of new characters they’re producing, certain figures go out of production–forever. Once retired Funko POP Vinyls can get pricey on the aftermarket…

While the regular collection of Pop!Vinyl are amazing, collectors and fans go crazy for exclusive Pop!Vinyl’s

Some stores that have exclusive Pop!Vinyl’s

These exclusive Pop!Vinyl’s are some of the most sought after from fans.

Also due to the Popularity of Pop!Vinyl mail away/collector clubs have sprung up with exclusive Pop!Vinyl’s.

Marvel Collectors Club-Amazing fan club exclusive fun stuff. I have loved every box I have gotten

The only way to get the Exclusive Hulk Buster was through the Marvel Collector Corps unless you want to buy it for double the price on the secondary market.

Here are the benefits of the Marvel Collectors Club

Instantly join the Marvel Collector elite when you collect items that nobody else can get their hands on. Our box is full of Marvel and Funko items available ONLY through Collector Corps.

It was so popular DC Launched their own Collector program called

INSTANTLY JOIN THE DC COMICS ELITE WHEN YOU COLLECT ITEMS THAT NOBODY ELSE CAN GET THEIR HANDS ON. OUR BOX IS FULL OF DC COMICS AND FUNKO ITEMS AVAILABLE ONLY THROUGH LEGION OF COLLECTORS.

and another company known for exclusive Pop!Vinyl’s

The sought after Glow In the Dark Groot and Joker Batman were loot crate exclusives,

If you don’t know loot crate

There may be more places for exclusive Funko pop!vinyl’s  but these are the most well known.

Also Pop!Vinyl’s have a couple of mysteries okay maybe one and it might not be a mystery shut up…. 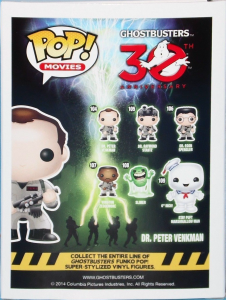 If you know why let me and others know 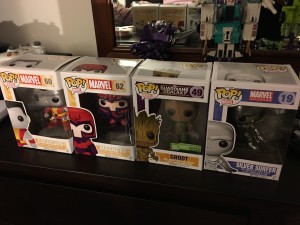 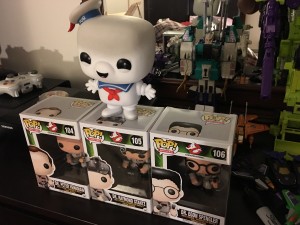 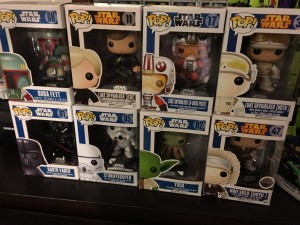 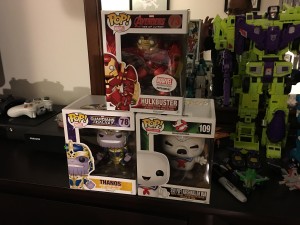 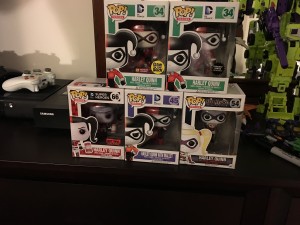 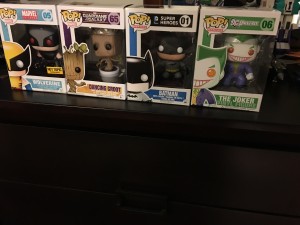 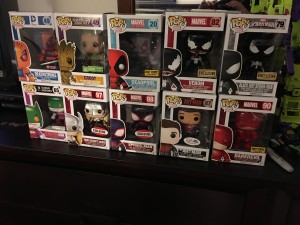 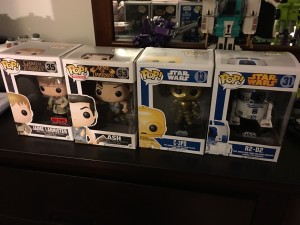 Some of the collection of Pops that I own

Today my collection is over 50 + pops and this collection is considered a small collection. I stick to my favorites The Ghostbusters, Back to the Future, and Marvel and DC. My favorites are the Delorean with Marty, Ecto 1 with Winston, Staypuft , Swamp Thing and Harley Quinn. I have 5 different Harley quinn’s Second to 4 various Deadpool’s and Batman Pop Vinyls.

I started with two Harley’s and a X-Force Wolverine and next thing I knew I had 30 Funko Pops.

Although I am not a rabid collector when I see a Pop I like I usually pick it up especially from 4th World Comics….my favorites are the px preview exclusives.

If you are into Marvel and DC Comics and like Pop!Vinyl’s the Collector club’s might be for you. The Marvel Collectors clubs have not disappointed me yet and I love getting the box each month.

Also If you haven’t gotten into Pop collecting, it’s easy to do however if you start you may not stop….

The Geeked Gods Presents our Parody the Joker Show