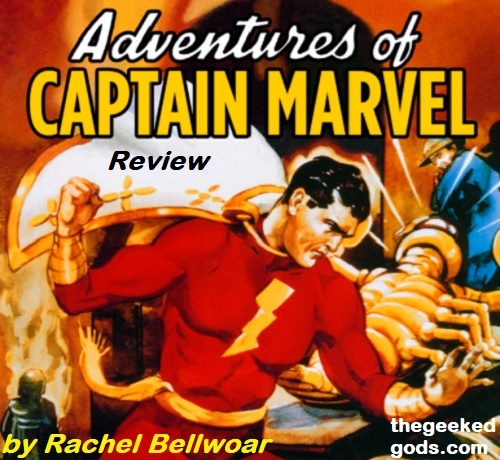 Considered to be the first comic book superhero movie, Adventures of Captain Marvel was a twelve-part serial with a weekly theatrical release. Initially planned as a Superman serial, Republic Pictures was unable to afford the rights to the character and chose Captain Marvel instead.

Some confusion over the hero today may come from his sharing names with Captain Marvel soon to be played by Brie Larson in 2019. This serial’s Captain Marvel laid claim to the name first, but eventually, lawsuits spurred a name change to Shazam. A Shazam movie has been planned for 2019 as well.

With great power comes great responsibility, and usually one bad decision to land you with power in the first place. For the members of the Malcolm Archaeological Expedition, their mistake was entering a crypt that was said to be cursed to learn the secret of the Scorpion. They get their wish and the statue inside, but one thing they don’t plan on is the Scorpion, who wants the statue back and dresses like an executioner.

As the Scorpion comes to tell us almost every episode, the reason the statue’s a big deal is it doubles as a weapon that can turn objects into gold. Each of the statue’s claws (did I forget to mention the statue’s a scorpion?) holds a lens, so instead of destroying the invention, each member of the expedition takes a lens for safe keeping. As the Scorpion tries to locate the lenses, Billy Batson tries to discover who the Scorpion is, while getting a handle on his new powers as the hero, Captain Marvel. Whenever he says the word, “Shazam!” Billy (actor, Frank Coghlan Jr.) transforms into his alter ego (actor, Tom Tyler), and so goes the rest of the series.

Originally airing in 1941, this serial holds up incredibly well, and the dated elements serve to make it more endearing, like the villains who can’t remember Captain Marvel’s bulletproof. Captain Marvel flies like a flying squirrel glides, and it’s a good thing their secretary, Betty, recovers quickly from getting knocked out. Barely an episode goes by that she’s not unconscious. 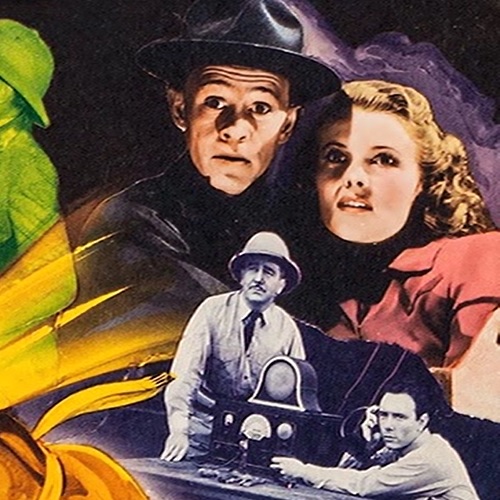 There are classic booby traps, one INCREDIBLE butler throwdown (Alfred, meet your match), and Billy Batson isn’t always outshone by his secret identity. Besides every episode ending on a cliffhanger, the series is extremely well-plotted to keep the momentum going for twelve weeks. The photos used for the recaps are worth mentioning, that’s how deep they’re in-character, and how dedicated everyone is to making a good picture. That’s why Captain Marvel endures today.

Every member of the expedition acts suspicious of being the Scorpion, but somehow they avoid turning on each other.  For a while, I was concerned the end game was moving towards something racist (Captain Marvel is guilty of whitewashing), but ultimately the message is suspicions born of racism are erroneous.

Recently released on DVD by Kino Lorber, bonus content includes a booklet essay by Screen Crush editor-in-chief, Matt Singer, and audio commentaries for every episode. Standouts include an episode dedicated to stunt man, David Sharp, and a special guest commentary by William Witney’s son, J.D. Witney (William Witney being the co-director of Captain Marvel with John English). The hosts of the podcast, Comic Geek Speak, come closest to sharing my reactions, and Tom Weaver, who oversaw putting the commentaries together, continues to mine new points of discussion in his closing comments for the final chapter.

Much like sixties TV Batman (the success of which prompted theaters to unearth old serials for screenings), The Adventures of Captain Marvel is a fantastic entry point for young fans and a transportive evening for adults, with the power of “Shazam” on their side.