A Look At The Blue Velvet

The Blue Valkyrie is an indie superhero comic from writer Emily Riesbeck and artist David Mitchell. Riesbeck self describes her work as “very gay comics,” and The Blue Valkyrie...
by Jake Hill May 30, 2017

The Blue Valkyrie is an indie superhero comic from writer Emily Riesbeck and artist David Mitchell. Riesbeck self describes her work as “very gay comics,” and The Blue Valkyrie lives up to that descriptor while going through all of the tropes of a superhero origin story. 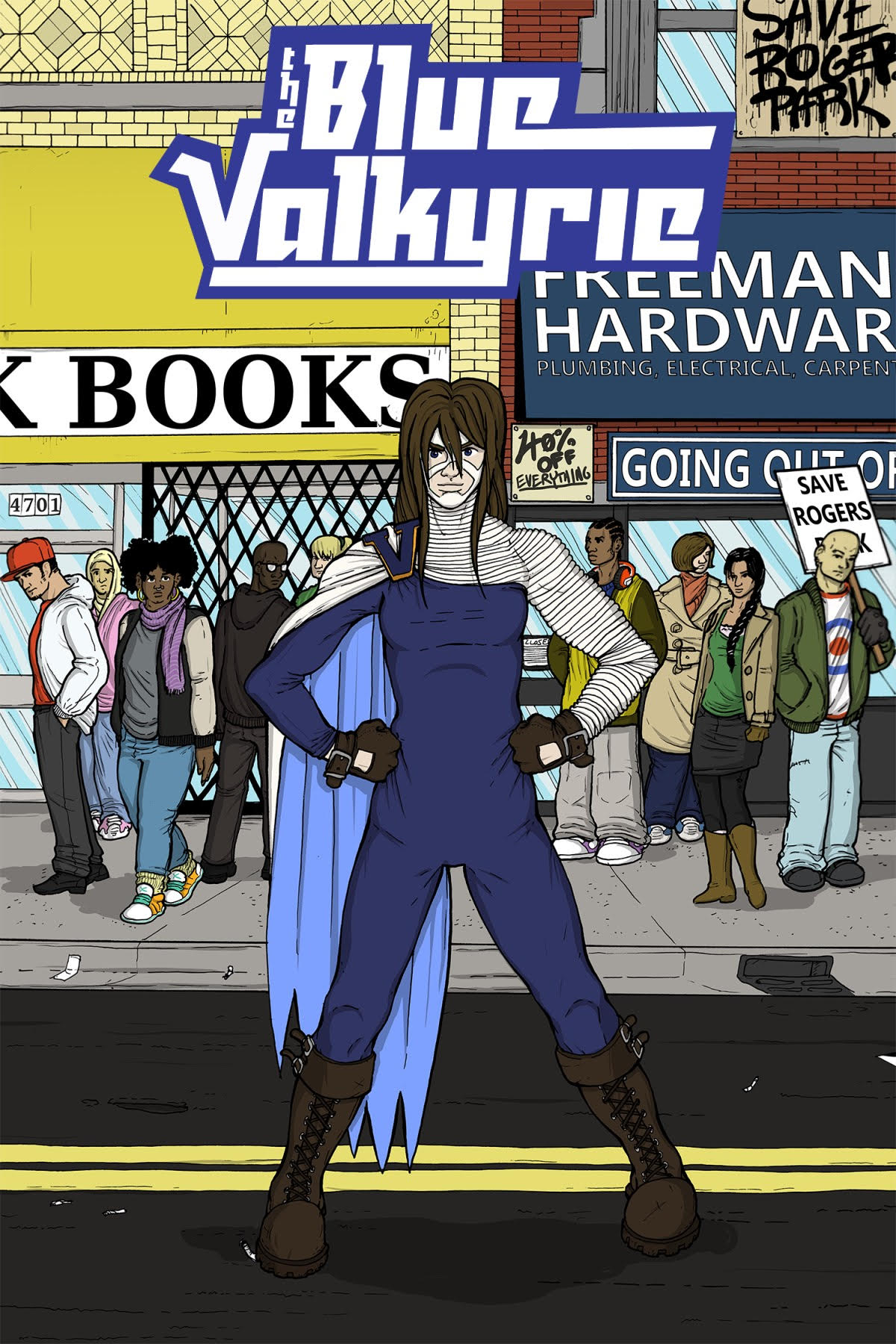 We open up with Chloe. The first thing we learn about her is that since her transition, everyone has wanted to know the story behind her new chosen name, but the truth is that Chloe was always just a name that she liked. It’s a perfect opening, establishing so much about the character, while also easing the reader into the book’s narrative style. We are in Chloe’s head, and we don’t need to be kept at arm’s length through a framing narrative, or a diary, or anything like that. We can hear her thoughts, and not all of them are meant for us. This ties the reader closely to Chloe’s experiences as a person navigating some tough real life crap, as a burgeoning superhero, and as a queer woman. 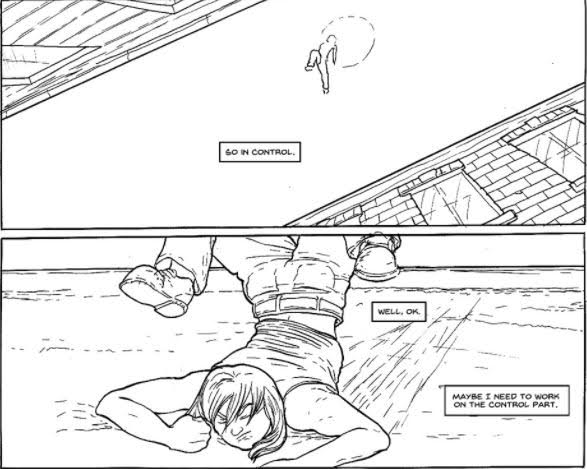 David Mitchell’s artwork walks an interesting line of simple and complex. His figures aren’t drawn with a sense of photorealism, but they are nonetheless extremely detailed, and he has an eye towards the practical. Chloe’s long hair is often a bit all over the place, and she is constantly fighting to control it with tiny clips and ties. Mitchell clearly puts a lot of thought into visual continuity, and operates beyond the comic book script. He takes on the role of the storyteller as much as Riesbeck does.

He also takes a few moments to show off, and establish just what he is capable of. One early panel in particular has Chloe’s companion Alice working as an illustrator. Alice’s illustration is ironically far more detailed and ‘realistic’ than the rest of the art, though the fantastical character she is drawing would belong to another comic book entirely. By briefly dipping into a different art style, Mitchell sends the signal that he is more than capable, and that the decisions he makes about his art style are deliberate. 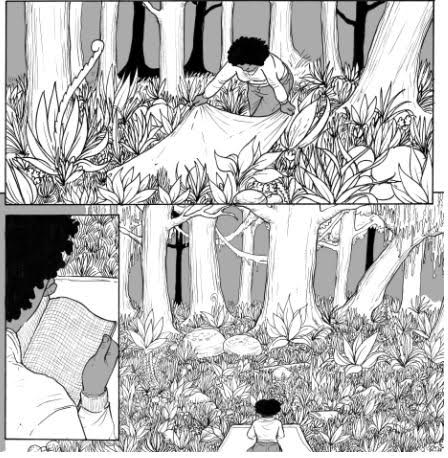 That small moment also captures the tone of the writing. Towards the end of the first chapter, Chloe spends a night out drinking, and things go very wrong. Her alleged friend makes a move on her, which quickly escalates into a transphobic assault, triggering Chloe’s yet unseen superpowers. She wrecks to dude, which is exciting to see, but ultimately an unsatisfying balm to the horrible experience. Her summary of these events to Alice? “So, I think I might have superpowers. Weird, huh?” 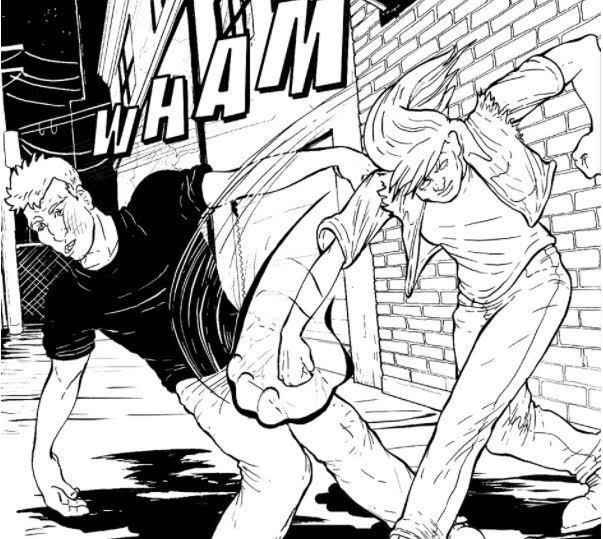 The heartbreaking assault, followed by the supernatural manifestation of powers are both understated. These are both just things that are happening, and the wonder and horror of the events are less important than the characters’ feelings and reactions. That’s the core of the strength of The Blue Valkyrie, it makes itself clear that it can escalate, but shows restraint in what it chooses to focus on, in both the art and the story. 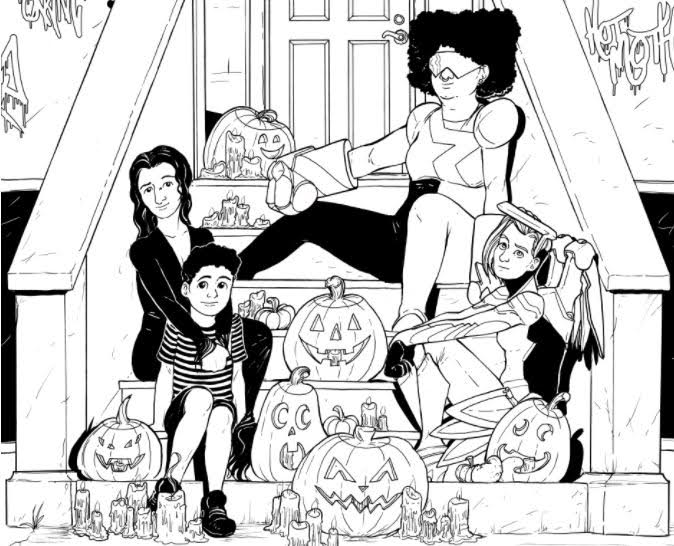 While the creative team is very talented, the webcomic format ends up working a against them. It’s small things, but they proved to be a bit distracting, for example, the early pages are in color, but the book quickly transitions into black and white. Either of these choices would work for the comic, but the compromise between the two is jarring, just as the book is working to establish itself. The webcomic format also means that each page ends in a comments section, which I found to be spectacularly distracting. The interpretations and feelings of other readers are legitimate, but not something I want to consider as I’m reading a book for the first time. 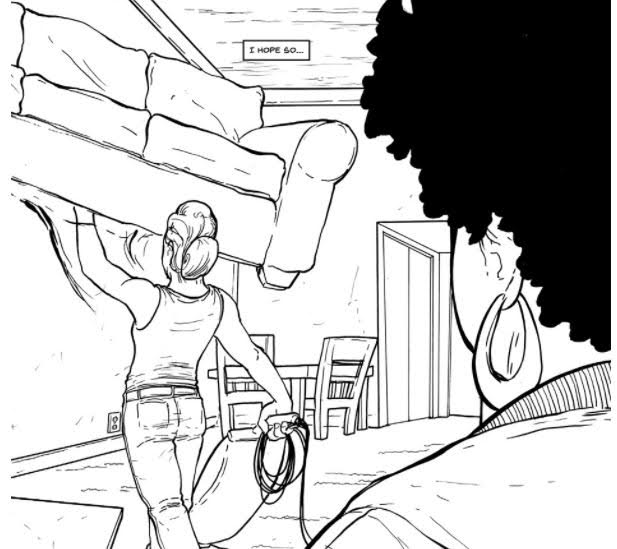 These are nitpicks though. The truth of the matter is that the talent in both the writing and the art of The Blue Valkyrie transcend minor formatting quibbles, and make me excited to grab a copy of the book in print. The characters are true to life, the artwork is strong, and the storytelling takes advantage of the comics medium. Most importantly, The Blue Valkyrie has a strong and unique voice, and tells its story as only Emily Riesbeck and David Mitchell can.

Reasons to Be Excited for Wonder Woman