A Fond Look Back at The Legend of Zelda: Ocarina of Time There are some things in life that are just…perfect. Things that just get everything right in... 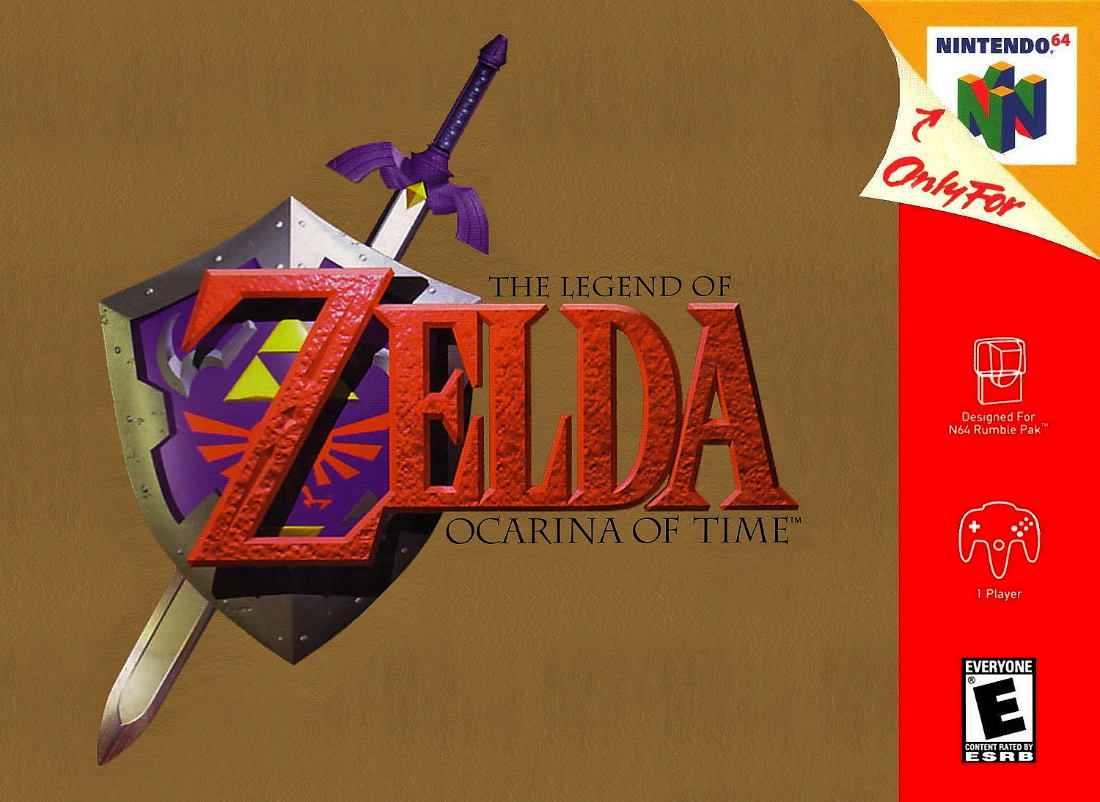 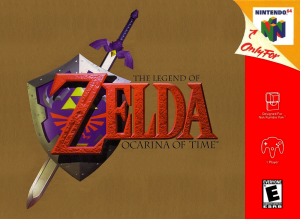 There are some things in life that are just…perfect. Things that just get everything right in all the right places. They come along at the right time and they resonate with you in such a way that you could literally just fall in love with them. And no, I’m not talking about relationships. Ew! Cooties!

Look, I’m a passionate guy. There are a lot of things that I’ve grown attached to in my life and I feel very strongly about them. One of such things is a game that I got when I was only eight years old, seventeen years ago. Sometime shortly after it was released, my parents bought me a Nintendo 64 with one game: Ocarina of Time. My life would never be the same.

And no, I don’t think that I’m being overdramatic when I say that at all. If you’re reading this, you’re probably a geek. I mean, the site I’m writing this on is called The Geeked Gods, for Pete’s sake (and by the way, who the hell is Pete anyway?). Maybe the outside community doesn’t understand this, but a big part of geekdom lies in our passion for the things we love. It’s what connects us; to each other as geeks, and to the things that we love. The things that we hate, we really hate. And the things that we love are nearly all-encompassing and obsessive. It’s just how we are.

I can remember playing the game as a child and trying my damn hardest to figure the thing out. It wasn’t impossible, but it was leaps and bounds ahead of any game I had ever played at that point in time. Still, it took some getting used to. Roaming the rolling hills of Hyrule, navigating the wooden bridges above the fiery depths of Death Mountain, or mastering the art of riding your horse, Epona; all of this took great effort to master, and the names alone fill my heart with joy by simply writing, and remembering. 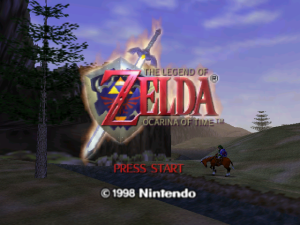 Even upon its release, nostalgia aside, the game was a hit. It was praised for its depth, playability, and graphics. Understandably so; compare it to pretty much any other game on the Nintendo 64 before it and they will all pale in comparison to the masterpiece that is Ocarina of time. The locking target system was a true game-changer (literally) as well as the content-sensitive buttons. Those little yellow buttons with the arrows? Yeah, now they had purpose! It was great! Even the dynamic of night and day was revolutionary. I was not a gamer at the time. I was just a kid, playing one of my first video games, and I was in awe. I could only imagine how players that had gotten their start playing games like Galaga would feel upon popping this cartridge freshly into their Nintendos felt. I can only imagine, but I can say with confidence that there were not many disappointed players. The near-universal acclaim in the reviews in 1998 are proof.

In Ocarina of Time, you play as Link, a Master Sword-wielding hero tasked with stopping the evil Ganondorf from enslaving all of Hyrule with the mythical TriForce. It’s filled to the brim with action and adventure, as well as mystical creatures and savage beasts alike. You are guided by your fairy, Navi, who even with her annoying little yelps is one of the most lovable characters of all time. And it’s just a little pink dot with wings!

The battles were epic, and the enemies for formidable. Every single one felt unique like they were all crafted to serve a different purpose. They had their own strengths and kryptonite-like weaknesses that you needed to learn how to exploit in order to conquer them. Fighting them was a puzzle in itself…a task alone just to find their weak spot. After that, hitting it was just as hard, but so rewarding. Figuring out just the right way to defeat Ganon, the ultimate baddy in the world of Ocarina of Time, was one of the most satisfying experiences of my life. And once again, I’m not exaggerating. Anyone that loves this game the way I do will say the same.

There are so many things to love about the game that I could write about 20 more pages on this, but I’ll spare you. I’ll attempt to boil it down to the simplest way possible.

What this game does correctly, even better than having awesome gameplay, is that it hits you in the heart, hard. I don’t think it is impossibly hard to make an awesome game in which you beat the living Hell out of someone else and see their head flying off in inventive and disgusting ways. It’s true that games like that are fun, but the really special thing about Ocarina of Time is the emotional investment that comes from it. There are times you are scared; the graveyards in particular always irked me. Underneath the well, with those hands coming up from under the ground? Come on, man. That’s absolutely terrifying, even today. There are times you laugh. So many times, actually…the dialogue and the way the characters interacted could be uncompromisingly hilarious, and it was always intended.

But there’s an even deeper level to the game that I’ve never experienced since, and feel that I may never again; and that’s the tenderness to it. The genuine heart that Ocarina of Time has, literally beating in your hands through the controller as you play. The connection between Link and Navi. Their sweet, unconditional friendship, and the bond that comes along with the two of them adventuring together through trials and tribulations, resulting in the birth of Link’s adulthood. The love that you can feel coming through the dialogue is incomparable to any game that’s ever been created in my humble opinion. I’ve never felt so deeply connected with a video game character in my life…you felt that you were Link. And he didn’t even need to say one word to convince you of that fact. 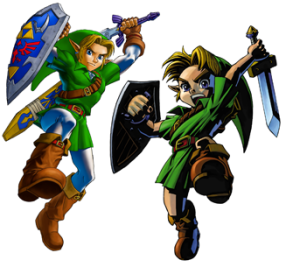 Another incredibly strong asset to the emotional pull of Ocarina is the music. Tell me that upon hearing the introduction music on the title screen that your heart doesn’t just swell up to the size of a watermelon. The theme of Kakariko Village specifically has always been particularly dear to me.

But beyond all of that, one thing reigns supreme in Ocarina of Time that no other game can touch, and that is the story. It’s beautiful. It’s triumphant. And most of all, it’s epic. You believe beyond a shadow of a doubt that you need to finish this game, that you need to save Hyrule. Even after playing it all the way through about thirteen times.

In 1998, The Legend of Zelda: Ocarina of Time changed my life. I know that I speak for thousands of others when I say that. I hope I speak for you, too. 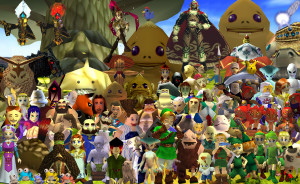 I know that this last one is HD and clearly not the N64 version, but come on. It’s a great pic.