6 kickass female superheroes who deserve their own movies By Brittany Cruz It has taken decades to get a live-action Wonder Woman film on the silver screen, and its...
by Brittany Cruz June 22, 2017 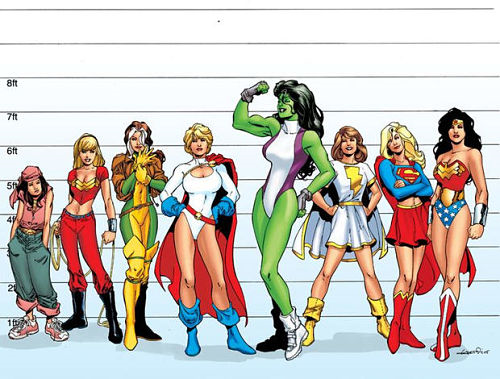 It has taken decades to get a live-action Wonder Woman film on the silver screen, and its record-breaking success has audiences buzzing. Drawing in $103 million in the domestic box office and $223 million worldwide in its opening weekend alone, director Patty Jenkins has delivered something spectacular and made history in the process.

If the outpouring of emotion fans have shared about seeing a group of Amazons charge into battle or watching Gal Gadot’s Wonder Woman flip a tank says anything, it is that audiences are starved for strong, compassionate, well-written female protagonists leading their own movies.

Luckily, it seems that kind of future is just on the horizon.

Warner Bros. has plans to put the ladies of DC Comics front and center, with projects for Batgirl and Gotham City Sirens currently in the works, and Marvel Studio’s first female-led movie with Captain Marvel is set to be released in 2019. At the very least, this shows the slow-moving behemoth that is Hollywood is finally starting to move in a positive and hopefully more inclusive direction.

With that being the case, it is exciting to think about which Marvel and DC Comics superheroines could be at the helm of their own movies in the near future. Taking into account popularity, potential and, yes, outright bias for the characters we have a soft spot for, here are six kickass ladies who deserve a solo film. 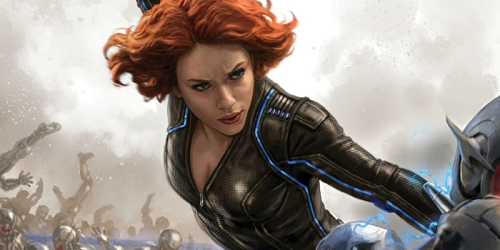 Ah, yes, the movie fans have been asking for since the Marvel Cinematic Universe was just taking its first steps. Rumors of a Black Widow movie have been floating around for years, including a couple of script treatments that were ultimately abandoned, but there have yet to be any definitive plans made.

When given a proper role, like her appearances in “The Avengers” and “Captain America: The Winter Soldier,” seeing the ex-assassin Shield agent kick ass in the field is a promising look at what a Black Widow movie could bring to the MCU.

The potential for a spy thriller seems like a no-brainer. Going back and exploring the character’s Russian roots and her upbringing in the Red Room, where she was crafted into a trained killing machine, could tap into a darker, mostly unexplored, side of Marvel.

There is also a good opportunity to include crossover arcs due to her connections with the Winter Soldier and Hawkeye, not to mention some fans are still wondering what shenanigans took place in Budapest.

Marvel, what are you waiting for already? Get working on a Black Widow movie!

Bruce Wayne is not the only bat vigilante running around Gotham City, even if that is what the numerous Batman films might have some people believe. It is time the heroic ladies of Gotham got a little more love, and with Joss Whedon already signed on for a Batgirl film, that leaves one other obvious choice: Kate Kane, aka Batwoman.

At this point, mainstream audiences are familiar with Batman’s tragic backstory, but loss and heartbreak can come in many forms.

For someone like Kate, who dedicated herself to training at the U.S. Military Academy and was subsequently expelled for being gay, she is all too familiar with the unjust prejudices of the world. After losing her sense of purpose, it isn’t until a fateful encounter with Batman that she decides to put on a cape and put her combat prowess to good use.

Introducing Batwoman on the big screen, with her sleek black suit and blood-red accents, could breathe some fresh air into the DCEU. Gotham will most certainly be revisited in future movies, and that leaves ample opportunity to show the crime-ridden city from the perspective of a character whose origin is not as widely known, yet someone whose story resonates with today’s generation. 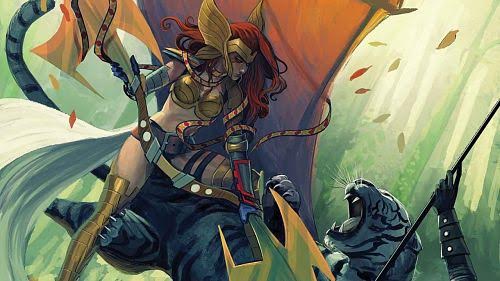 Originally from Image Comics’ “Spawn” and acquired by Marvel in 2013, Angela has all the makings to be a Marvel movie success story. As Thor’s long-lost older sister, she could easily be incorporated into the MCU by using the “Original Sin” storyline from the comics.

The series details how Angela was kidnapped by the Queen of Angels as a baby and raised in the Tenth Realm of Heven, which Odin cut off from the world tree after Asgard’s battle with the Angels. Believing her to be dead, Frigga and Odin never spoke of Angela to either Thor or Loki. Going this route would explain why she is not in the previous films as well as why she is never mentioned.

Between her estrangement from her Asgardian heritage and the ruthless mentality instilled into her by the Angels, she has a unique history that could be capitalized on in a solo film.

A story like “Angela: Queen of Hel” could also be adapted for the big screen depicting Angela’s face off with Hela, who will be making her live-action debut in the upcoming “Thor: Ragnarok” and played by Cate Blanchett. Just imagining what it would be like seeing the two ladies have an epic showdown is enough to give someone the chills.

Critics and fans alike have unanimously agreed that 2016’s “Suicide Squad” was an absolute train wreck, but one of the few good things to come out of it was Karen Fukuhara’s portrayal of Katana. Grossly underutilized, the widowed samurai warrior still captured the interest of viewers with her Soultaker sword that, true to its name, traps the souls of victims inside its blade.

There is a lot to be explored with her character, and not just the superhero aspect but the person behind the mask. Katana’s emotional complexities could be expanded upon by going back and telling the story of her husband’s murder at the hands of the Yakuza; showing the intimate bond they shared before his death would be the kind of romantic tragedy worthy of Shakespeare’s praise.

A Katana movie would also guarantee elaborate fight sequences due to the character’s martial arts background and expert swordsmanship. Given the mostly negative reviews of Marvel’s “Iron Fist” Netflix series, which leaned heavily on martial arts themes and philosophy, this could be a chance for Warner Bros. to one-up Marvel. 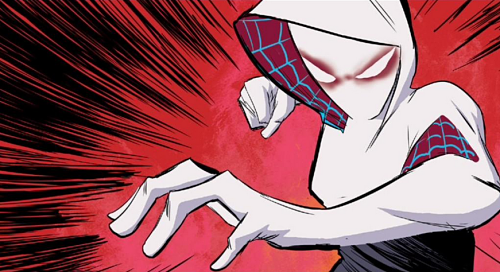 After a deal with Disney put Tom Holland’s rebooted Spider-Man in the MCU lineup, Sony is once again left to start from square one. The announcement of a Venom movie starring Tom Hardy is putting them back on track, but Sony still needs to establish a new hero in its ranks, and Spider-Gwen could be the answer.

One of the newer web-slingers in the neighborhood, Spider-Gwen became an instant hit with fans leading up to her “Spider-Verse” debut in 2014. In addition to the fact that seeing her costume, designed by Robbi Rodriguez, in a live-action setting would be wicked cool, the character has some serious on-screen potential.

Her backstory hits similar beats to that of Spider-Man; she is bitten by a radioactive spider, gains powers, takes on the superhero mantle, and so on and so forth. The biggest difference is that in her alternate timeline, Earth-65, she survives and the Peter Parker from her reality dies.

It is unlikely Sony would kill off Peter Parker for good, but after five in-house Spider-Man movies, they could let Spider-Gwen take a shot at leading her own franchise. Anything is better than having to watch Uncle Ben die again. 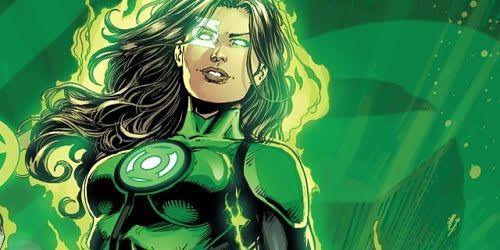 The previous attempt at a Green Lantern movie crashed and burned, spurring Ryan Reynolds to switch teams and run over to 20th Century Fox to play Deadpool. While Reynolds is happily enjoying his success under the Marvel brand, Warner Bros. is hoping to redeem themselves with a Green Lantern Corps reboot in 2020.

Many characters have held the title of Green Lantern in the past, but one of the most recent and exciting additions to the long lineup is Jessica Cruz.

After escaping from mobsters who killed her friends, Jessica begins to suffer from severe anxiety and unwillingly becomes a host for evil when she attracts the Ring of Volthoom. She is ultimately freed from the ring’s influence after risking her life to save the Flash, earning a new Green Lantern power ring in the process.

Jessica’s unorthodox path to becoming one of the green-suited heroes would be a unique way of introducing the intergalactic police force and their power rings into the DCEU. Moreover, if Warner Bros. is looking to make up for past mistakes, telling a well-developed story like Jessica’s and how she overcame her fears in a selfless act of heroism is a surefire way to get fans on their side again.

Which female superheroes would you like to see get their own movies? Tell us down in the comments!