Tokyo Ghost has been a wild ride - and if you haven't been convinced of that yet, maybe not you will be. A spoiler-free review of the finale. 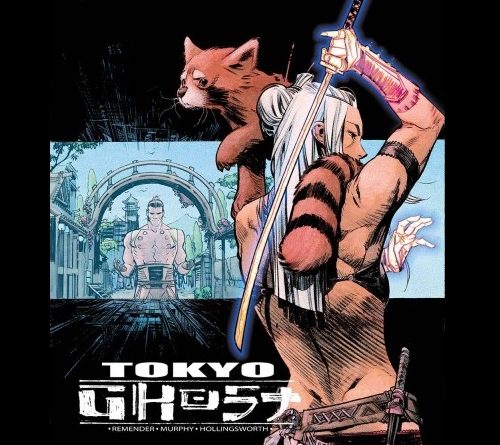 The first arc of Tokyo Ghost by Image was nothing short of incredible – and the finale of the series mirrors that perfectly.

Through the past ten issues, we’ve seen something truly remarkable in this day and age of comic books: solid, important character development. Rick Remender has taken the reader on a gripping emotional journey throughout the miniseries. It’s more than just a cracked-out wild ride through a dystopian future. It’s much more than that. The key to Tokyo Ghost has been showing the humanity that is lost (or gained) through all of the craziness of a world so dependent on blue screens and artificial highs. But it hasn’t even been only that, either. Codependency on other humans has been just as big of a part as the technological addiction. It’s really heavy stuff.

After ten issues, the story must come to a close. Which, in my opinion, is an excellent choice. The book has been nothing short of incredible so far – the story, the mind-boggling art – but it has reached its natural conclusion. At the end of issue number ten, all loose ends will be tied and all issues will be resolved in one way or another. Over the years, I have seen way too many series go on for much longer than they need to. And while I would love to see Tokyo Ghost go on forever, I know that the story has reached a reasonable ending. There is nothing left to tell, and so the story is finished.

I applaud Remender heavily for being able to take such an insane concept and to let the humanity shine through. At face value, the comic may seem like it’s nothing more than Mad Max on steroids; but don’t be fooled. There’s a deep love story to be found here that’s not contrived or corny in the slightest. Through all of the electronic buzzing, whizzing, and explosions, there is a believability to everything that is seldom found in comic books (or any futuristic dystopian story, for that matter).

I wrote that this article will be spoiler free, and I meant that. Therefore, I can’t divulge into any of the details of the core story. If you’d like to know what the first couple of issues were about, you can read my initial review of the first trade here – I encourage that, actually – but just know by now that Tokyo Ghost is well worth your time. The whole miniseries. It doesn’t take long to speed up and it never drags its feet. There’s an amazing story to be told here that’s carried along perfectly by Murphy’s art and Hollingsworth’s eye-popping colors. It may be my favorite comic of the past five years. Everyone should read this modern masterpiece.

One of the best comics in recent memory. Image has struck gold with this.