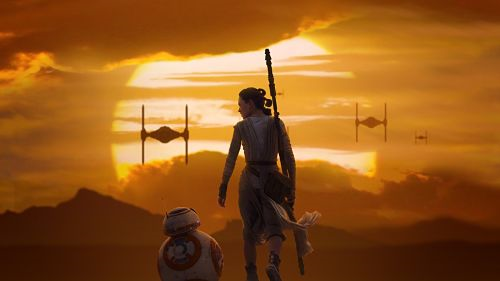 “Star Wars: The Force Awakens” introduced a whole new generation to the legends of the Jedi and their clash with the Dark Side. Bringing in the trio from the original trilogy to pass the torch to a new group of heroes in Rey (Daisy Ridley), Finn (John Boyega) and Poe Dameron (Oscar Isaac) while balancing screen time for everyone must have proven quite the challenge for director J.J. Abrams.

There is a nagging feeling that some of the characters got snubbed from having the chance to play a larger role in the adventure. While Mark Hamill’s brief appearance as Luke Skywalker may seem to fit that exact description, he is already a well-established hero whose presence at the end of the movie symbolized the greater journey ahead.

There are new faces in the “Star Wars” universe that could use the extra spotlight, some of who have been confirmed for “Star Wars: The Last Jedi,” the second installment in the sequel trilogy. Building on their characters could go a long way in growing the expansive universe of a galaxy far, far away in this new Disney era.

Here are five underutilized characters in “The Force Awakens” that deserved a bigger chunk of screen time, plus some ideas about how they can be further developed going into Episodes VIII and IX. 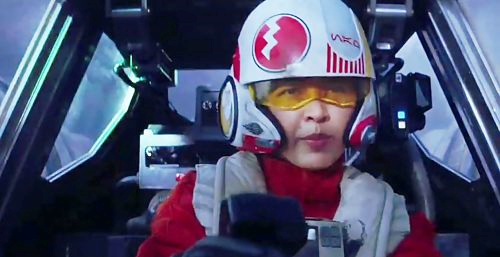 Affectionately known as Testor among her crew, Jessika Pava is one of the Resistance’s ace pilots and was part of the squadron that destroyed Starkiller Base. She only has a few speaking lines in the entire movie, which doesn’t offer much insight into her character, but it is known from Jason Fry’s novel “The Weapon of a Jedi: A Luke Skywalker Adventure” that she was inspired by Luke’s heroics from his days in the Rebellion.

Imagine Luke’s return being met with a warm homecoming by all the Resistance members who grew up idolizing him, Jessika just itching to hear firsthand how he managed to blow up the Death Star.

While there have been big-shot pilots like Han Solo and, more recently, Bodhi Rook from “Rogue One” featured as major characters, the movies have yet to dig into the camaraderie between starfighter pilots and how they interact when they are not flying into a swarm of TIE fighters.

Expanding Jessika’s role in “The Last Jedi” and fleshing out the characters of her fellow comrades would offer more depth to the lineup of the Resistance. This would also raise the stakes of battle, as audiences would be more invested in the survival of individual pilots and eventually result in a bigger emotional payoff.

In the meantime, fans can see a little more of Jessika Pava in Marvel’s “Star Wars: Poe Dameron” comic series. 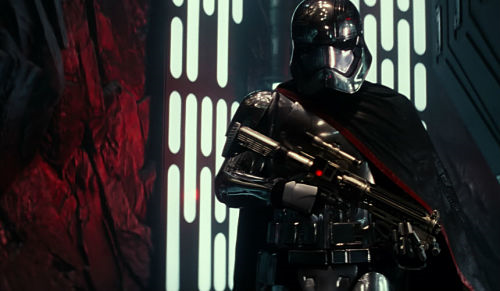 Chrome armor, a heavy-footed walk and an asymmetrical cape for good measure, Captain Phasma is the commandeering leader of the First Order stormtroopers and the first female villain out of the “Star Wars” trilogies. Her minimal presence in “The Force Awakens” frequently draws comparisons to everyone’s favorite Mandalorian bounty hunter Boba Fett, whose small supporting role in the original trilogy has done nothing to dwindle the adoration of fans through the decades.

The extensive promotion of Captain Phasma made her one of the most anticipated characters leading up to “The Force Awakens,” but she was relegated to a backseat role that saw her standing in the background of General Hux’s speech and later shutting down the shields to Starkiller Base that led to its swift destruction.

None of this adds up to the badass mental image many had originally pictured. However, there is still an opportunity to capitalize on the cool factor of her character by demonstrating the cold-hearted discipline it takes to be a leader in the First Order.

Let’s not forget that Captain Phasma has a score to settle with Finn (better known by his designation FN-2187 within the Order) who, on top of being a traitor to the First Order, also threw his former captain down a trash compactor.

Another character with impeccable fashion sense, Bazine Netal is featured in a single scene that lasts no more than 10 seconds. Nevertheless, she makes a significant contribution to the story and momentarily turns the tables in favor of the First Order.

Among the various shady figures loitering around Maz Kanata’s castle, Bazine is the spy who alerts the First Order to BB-8’s location, ultimately leading to the ambush on Takodana and Rey’s capture. She is not seen again after spotting the most-wanted droid in the galaxy, though it can be assumed that she hightailed it out of the castle before the fighting began, especially if she is familiar with the methods of the First Order.

At the very least, that means she is still catwalking through the universe and has likely continued spying as a First Order informant. It would not be surprising to see her character show up again at some point, and just think of the damage she could cause with a little extra screen time. 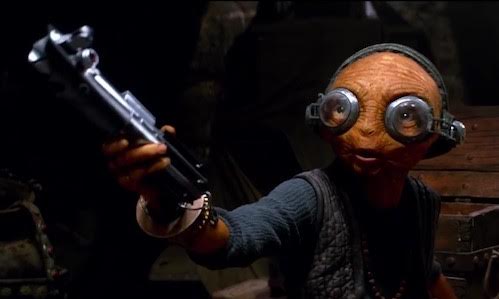 As the character with the most screen time on this list and already confirmed to appear in “The Last Jedi,” Maz Kanata’s very existence raises more questions than it answers. Brought to life by the lovely Lupita Nyong’o through motion-capture CGI, Maz is a well-known figure in the underworld of smuggling and maintains her castle on Takodana where she has “run this watering hole for a thousand years,” according to Han Solo.

The alien gathering spot is an obvious throwback to the cantina on Tatooine from “A New Hope,” but it is Maz herself that fans should watch carefully.

Maz has acquired a vast collection of valuables over her century-long lifespan, including the Skywalker lightsaber that Luke lost (along with his hand) during his fated encounter with Darth Vader in Cloud City. How the lightsaber came to be in her hands has yet to be revealed, although her knowledge of the Force and the Skywalker family legacy suggests she may have ties to the Jedi.

Her small physique and sensible outlook emit a grandmotherly vibe when she advises Han, Finn and Rey during their short stay on the planet. Maz may not have the Force, but she certainly has a strong influence when it comes to guiding others. It is possible she will adopt a similar role to Yoda in the future, perhaps with a bit of backstory revealed to give more context to her motivations. 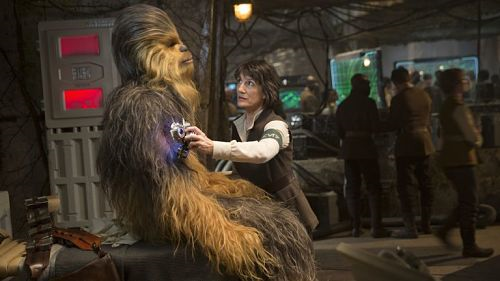 Sharing a short scene with an injured Chewbacca was all it took to make Major Harter Kalonia one of the most memorable characters from “The Force Awakens.” After a run-in with the Guavian Death Gang leaves Chewie with a blaster bolt wound in his shoulder, Kalonia bandages him and plays into his exaggerated tales of bravery.

Apart from her comedic value, Kalonia’s job as a medical officer is vital. There is no war without injury, and if blowing up an entire star system says anything about the First Order, it’s that they don’t play nice. With tension ramping up between the Resistance and the First Order, Kalonia will be needed more than ever.

Finn’s back injury after his duel with Kylo Ren will surely require further medical assistance, making it an ample opportunity to keep Kalonia in the mix. Moreover, it is doubtful that the remaining Resistance fighters will come out of future battles unscathed, so a trip to the medbay is a likely scenario that will allow Kalonia’s character to pop up when needed, hopefully with that same coddling sarcasm at the ready.

Do you agree with this list? Which characters would you like to see more of in future “Star Wars” movies? Share your thoughts down below in the comments.