5 Scariest Games of the last 5 Years

The horror genre in gaming has always been fairly popular, especially in recent years, with many new creative games coming out. Some games utilize a sense of security by...
by Madison Worm February 24, 2017

The horror genre in gaming has always been fairly popular, especially in recent years, with many new creative games coming out. Some games utilize a sense of security by either giving or taking it away, others give you option only to run for your life, and still others are simple game used to show the world how much of a man baby you are. No matter what game you choose to play every game on this list is guaranteed to scare. 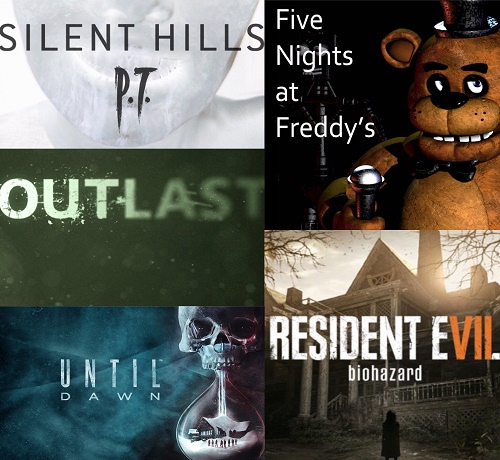 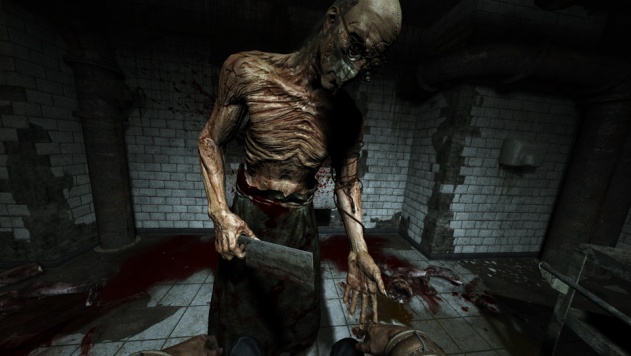 So I got way too invested in this game, because, on the one hand, it scares your tits off, while on the other hand, it has plenty of interesting characters to research (only I would do research on psychopaths in a video game). Walking through a recently abandoned asylum is the last thing any sane person wants to do unless you’re a journalist looking for an insane story. Many of us know about this terrifying game in which you, playing as journalist Miles Upshur, traverse Mount Massie Asylum while attempting to stay away from the patients. It doesn’t take long for Miles to understand that maybe he shouldn’t have come to Mount Massive in the first place. A ‘variant’ is the nickname of any one of

the mutilated patients of Mount Massive and while some are friendly, most will chase and attempt to kill you. With nothing except your camera, notes, and batteries, all you can do is run, hide and hope they don’t find you. Keep in mind the Outlast: Whistleblower is just as terrifying, and Outlast 2 is coming out soon. 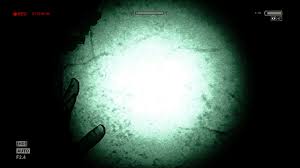 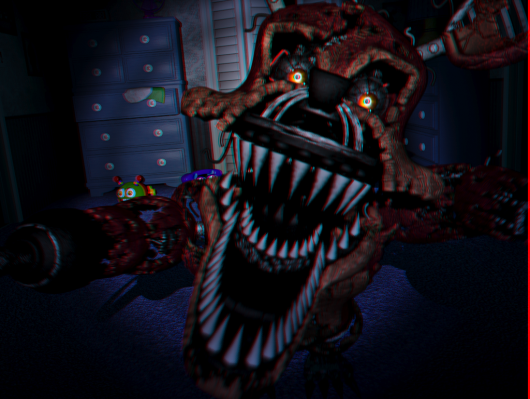 This one’s a classic, with multiple sequels to its name including the most recent release Five Night’s at Freddy’s: Sister Location. FNAF’s first game utilizes the player’s feeling of safety by g iving you the ability to close the doors to the office, while as the games continue the sense of security is abruptly ripped from you, so you’re more easily slaughtered by animatronic animals (fun right). Look through your security camera’s to watch over the animatronic animals (who honestly seem perfectly capable of taking care of themselves), and hope they don’t get too close because if they do… it’s pretty much the greatest jump scare ever to watch; it’s never fun to have.

While this was supposed to become a longer game, what 7780s Studio released is terrifying enough without adding anything to it. The entire game you simply walk through the same hallway on repeat, but every time something changes. The first time you’ll coast through, and everything’s relatively normal, but after a few times walking through doors will crack open revealing a horrifying woman screaming before slamming the door shut in your face. The game continues to escalate as strange words are written on walls, things begin to hang from the ceiling, and more apparitions are revealed.

This game is designed to be played multiple times with players able to make different decisions with new consequences for their choices. The story follows eight friends coming together after a year of separation for reconciliation only for the whole thing to go horribly wrong. You have to play through near-death experiences against a psychopath out for revenge, all the while your decisions could cost others their life. The whole thing plays like a movie with you making decisions that heavily affect who survives, and how the story ends. 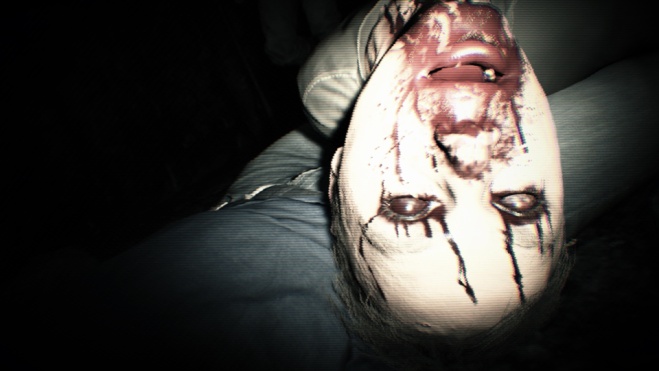 This seventh installment of Resident Evil seems to play quite similarly to Outlast in that you don’t have the means to protect yourself; however, this time you do gain the ability to do so. The story follows Ethan Winters

who has just gotten word from his wife who’s been missing for three years that she needs him to pick her up. Coming to a house in the middle of Louisiana (you find a house in the midst of the woods in Louisiana… you’re running the other way), Ethan decides to explore (because that’s always the logical thing to do in everything horror) to find his wife. The game has a small similarity to Until Dawn in that some decisions will affect the outcome of the game but with fewer of those decisions to be made. With a strange storyline and crazy lunatics living out in the woods… it’s basically my worst nightmare come to life…

If you haven’t tried these games, you definitely should, and if you don’t have gaming equipment… you should have access to Youtube where you can watch people play any of these games. Honestly, though, these are pretty terrifying, I’m pretty sure one of them even has a warning about taking a break based on your comfort level… so just bare that in mind.