5 Casual Party Games Your “Non-VideoGamer” Friends Will Love  by Rich Spinello   As my personal group of gamers has expanded we have added a lot of self-proclaimed “non-gamers”...
by Former Writers January 12, 2017

As my personal group of gamers has expanded we have added a lot of self-proclaimed “non-gamers” to our group. Because of this I slowly had to adapt my gaming selections to ones that would be more encompassing of all skill and interest levels in video-gamers. Including those people who have literally never touched a gaming controller. So from that, this list was born. These are some of my favorite games to play at parties with people who insist they “don’t or can’t play video games.”

All these games are fun, simple, exciting and accessible to any level of gamer experience. They are also mostly moderately priced at under 10$ and available for purchase on Steam. So the next time you’re all sitting around on the couch with nothing to do, snatch up one of these games, pop it on and pass it around!

My only warning is that many of these games will require you to have wireless controllers for your PC to get the maximum enjoyment out of them. Wireless Xbox 360 and Xbox One controllers have relatively inexpensive wireless adapters available on Amazon that will allow you to use those idle remotes you have lying around instantly. And trust me those adapters will pay for themselves as the market for these cheap, fun, little PC games is continually expanding and you won’t need a powerful, expensive computer to play the vast majority of them.

Now that that’s out of the way here are some of my top picks for party games for the “non-gamer”! 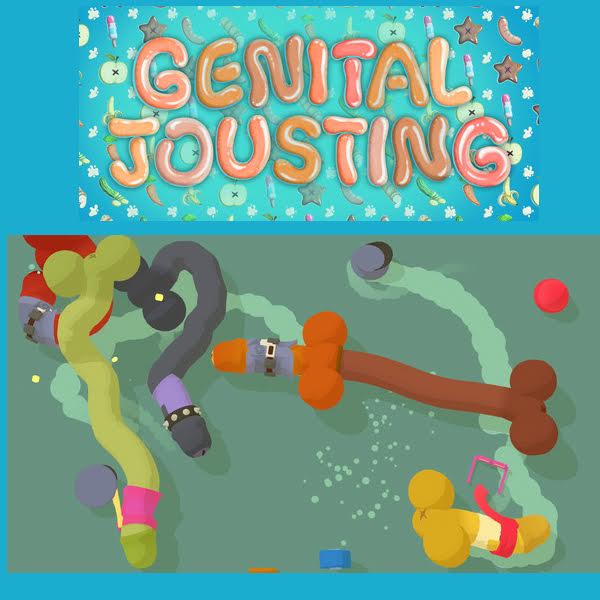 Finally a game besides Saints Row 4 that allows me to use a dong as a weapon!

Genital Jousting is a hilarious multiplayer battle arena where you have control over a colorful, wiggly, disembodied and completely flaccid phallus. Attached to your phallus is a pair of wobbly testicles with a butthole in between them.

Your goal is to slide around the arena controlling both sides of your genitals with each stick on the controller and trying to penetrate the other “penii” while avoiding being invaded yourself. Although very adult themed, the fun colors and the whole aesthetic of Genital Jousting keeps it pretty clean despite the main content.

Genital Jousting will support up to EIGHT wireless controllers for massive E-Peen battles!

Did you ever want to be a deadly, flying, ghost-assassin? Now you can!

In Gurgamoth you will control a flying battle avatar in an arena surrounded by deadly walls and objects. The beauty of Gurgamoth is the incredibly simple controls allowing anyone to pick it up quickly. The real depth of the strategy comes into play when having to use the ever-changing environment to fight your battles for you.

You can only defeat your opponents by hitting them into the walls of the arena or objects, not directly harm them. By attacking, dodging and feinting you must trick your enemies into smashing themselves into a wall or giving them the little extra nudge, they need to impale them on a spike.

Gurgamoth is colorful, fast, straightforward and thrilling. The arena creates unpredictable scenarios that will allow the unlikeliest of heroes to become a champion ghost-sassin! 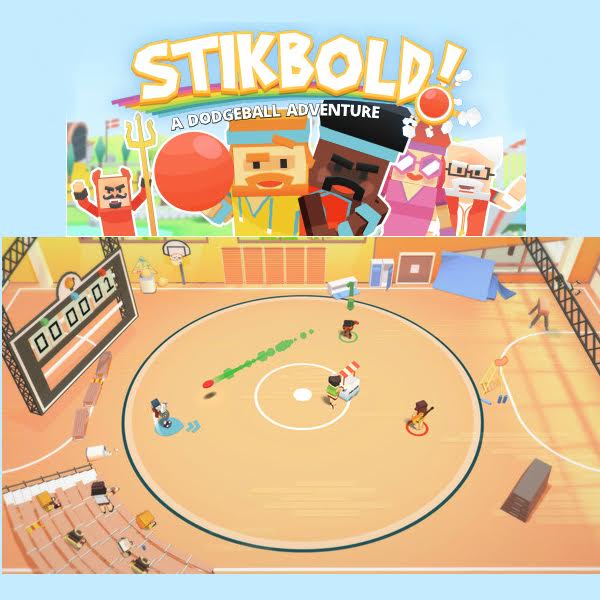 Finally, the multiplayer dodgeball experience that’s been so long awaited!

For some reason, I have always found competitive dodgeball video games very endearing, and Stikbold hits the mark across the boards. It’s a cartoony, 70s themed dodgeball game with fun characters and a legitimately good cooperative story mode that is fun to play solo or with a friend. The story is light and funny without being too lengthy or overbearing.

The real action is in the multiplayer modes. Stikbold uses a very basic control system to move, dodge, catch and throw with just a couple buttons. Having a free for all dodgeball bout or team battle always make for furious dodgeball drama in a silly setting.

Stikbold is polished and well rounded for an indie release that combines solid story and fun multiplayer, very well, which is a rarity these days. 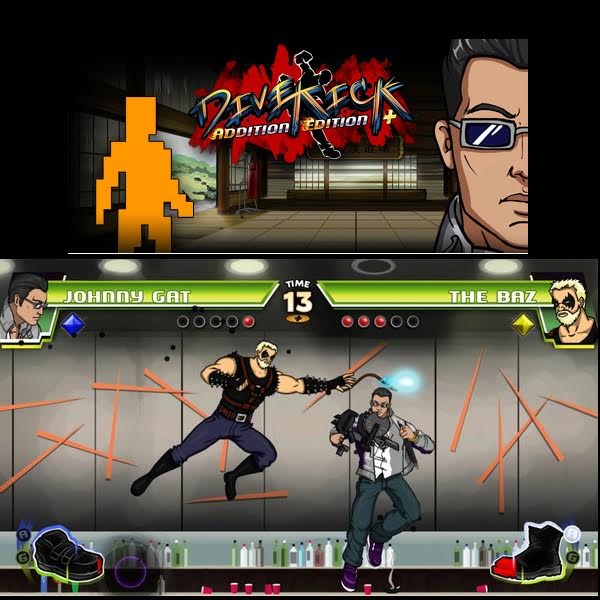 Sick of all those fighting games with overcomplicated controls and impossible to memorize attack combos? Then Divekick is definitely for you!

Divekick is a traditional 2d Fighting game where you can only do two things… Dive and Kick!

(technically you can jump also, but you see my point).

In Divekick you choose a fighter, and you can only use two buttons. One to Jump and one to Kick in midair. There is no other way to move, attack, or defend yourself. You cannot even use the controller stick to move at all so you can play this game with just one hand!

Divekick is a perfect game for people sick of complicated fighting games but still like the kind of 1v1 combat elements of a quick round to round battles. Divekick does an excellent job of balancing the playing field between fighting game veterans and the layman but removing all the intricacies of those more classic iterations while still keeping enough depth with the two button combos to make it strategic and exciting.

Now the field is even! There will be no fireballs or fatalities! Only DIVE AND KICK!

The ultimate Mini-Game Marathon for a couch party!

8bit Fiesta is a big fan favorite amongst my group in particular. Paying homage to its predecessor in Mario Party it has all the fun mini-games without any of the nonsense of going around a boring and pointless game board.

8Bit Fiesta is a four player competitive mini-game arena where the players compete in successive games one after another to see who will become mini-game champion. There are over 20 different exciting and diverse games crammed into this selection. They provide for a fast, simple and intense competition every single round

The best part about 8Bit Fiesta is that in between each round it explains the rules of each minigame to the players and waits until everyone has confirmed before it begins. So people can jump in and out at will, and you can just keep passing controllers around.

8Bit Fiesta is a must-have for gaming parties and was designed for that exact situation.

Let us know your favorite Casual Party Game in the comments below.

The Geeked Gods Podcast-Trump Against Humanity