4 Children’s Cartoons for Kids of All Ages (aka Adults)

4 Children’s Cartoons for Kids of All Ages (aka Adults) By Rich Spinello   Greetings to all my fellow fans of animation! If you happened to read my previous...
by Former Writers March 24, 2017

4 Children’s Cartoons for Kids of All Ages (aka Adults)

Greetings to all my fellow fans of animation! If you happened to read my previous article regarding little known animated film gems (http://www.thegeekedgods.com/six-little-known-animated-film-gems), then you already know that I have an unusually high level of zeal for the animated arts in general and cartoon shows are no exception!

And I don’t mean cartoon shows intended for an adult audience. As much as I love those shows as well, there will be no talk of Archer, Futurama, The Simpsons, Family Guy, etc., in this particular piece.

With the advent of the DVR and cartoon channels airing shows round the clock, the excellent tradition of Saturday morning cartoons, from our collective childhoods, has dissolved in our current format of instant streaming and endless cartoon channels.

In this article, I figured I’d let my curious readers in on some of my favorite cartoon shows from the past several years, as well as some newer shows that have just hit the airwaves. If you enjoy animation as an adult, then at least one of these shows will be sure to ring your bell. Especially if you have some young ones running around already, now would be an excellent time to show them how we used to watch cartoons as kids.

So prepare your DVRs to record, buy your favorite cereal and set your alarm for 8 AM Saturday morning! Then get into your comfy PJs and settle deep into your couch for an indulgent day of binge watching harkening all the way back to our nostalgic childhood Saturday mornings of yesteryear! 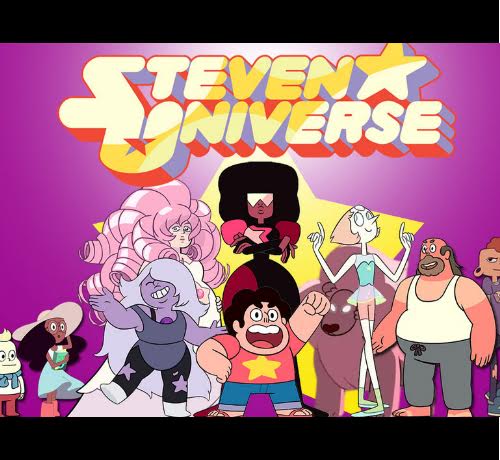 Steven Universe is just an average “boy” living in the peaceful, coastal town of Beach City. One day Steven meets up with a team of alien superheroes, called The Crystal Gems, who are also based in Beach City and have taken it upon themselves to defend the Earth from intergalactic threats to the Earth and the human population, which they have come to love.

I write “boy” when referring to Steven because it turns out that Steven is only half human. Before Steven was born his mother was the leader of The Crystal Gems but her love for people and Steven’s father, drove her to sacrifice her own for to give birth to Steven. His mother’s heritage makes Steven half human and half Crystal Gem. This is where things start to gets exciting because being half Crystal Gem means he also has magical powers stemming from his interstellar ancestry! 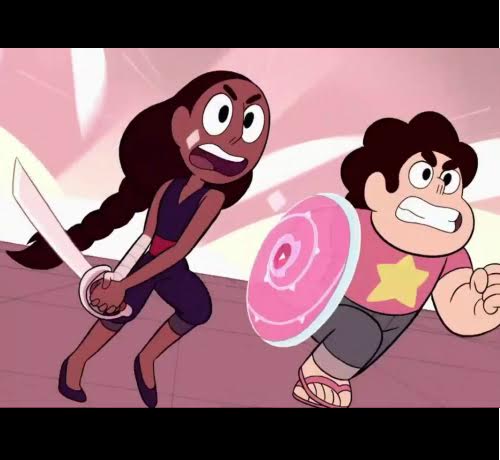 After befriending The Crystal Gems and discovering the real history of his mother, Steven begins to train with The Crystal Gems and learn more about their culture and history. Eventually joining the team and becoming a full Crystal Gem, Steven now helps defend the Earth as well with Gem Powered armament. 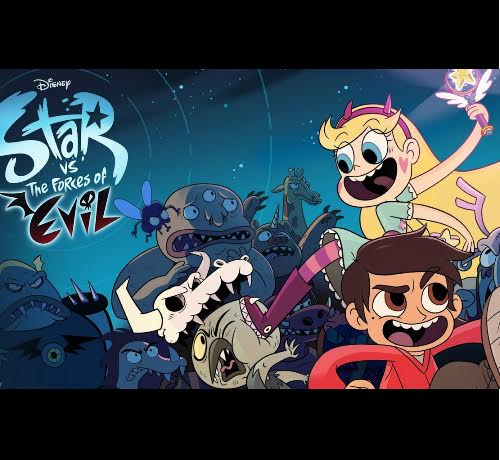 Star vs. The Forces of Evil is quite literal in its title and what the title promises is what the show delivers. Star Butterfly is a teenage girl from another dimension called Mewni. But much like most people from other dimensions, she is far from an ordinary teen girl. Star is a magical princess from the kingdom of Mewni where her parents rule as king and queen. After a magical mishap where Star set fire to her castle her parents thought it would be prudent to send her to an alternate dimension as a foreign exchange student.

Star travels through a magical portal to our sadly, non-magical, Earth dimension where she befriends Marco Diaz. Marco is a fellow teen, and he invites her to live with his family while she is there on Earth. Marco helps Star try to assimilate herself on Earth, which is quite difficult because Star is accustomed to using her magical powers with some fair regularity.

Star has a magic wand and spellbook, but this is no ordinary magic spellbook. Contained within Stars spellbook is a magical blue sprite named Glossaryck, who functions as Stars tutor in the ways of magic. The excellent Jeffrey Tambor voices Glossaryck.

Besides trying to fit in on Earth, Star must constantly defend herself against an evil magical villain named Ludo (voiced by Alan Tudyk another excellent cast for voice actor) who is constantly trying to steal stars magic wand and spellbook. 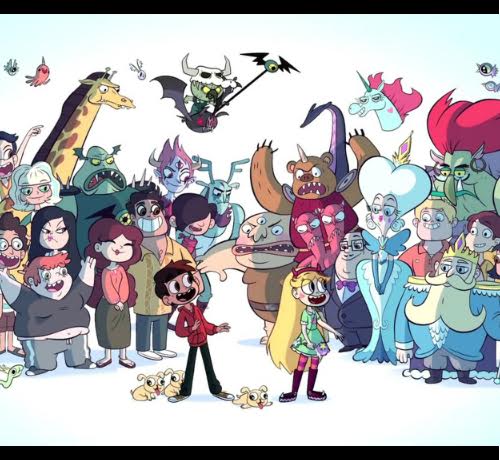 We get to see Star’s difficulties fitting in, while at the same time seeking to become competent in magic, high-school and “princessing.” It’s a lot for a fourteen-year-old girl, even if she is magical and from another dimension. 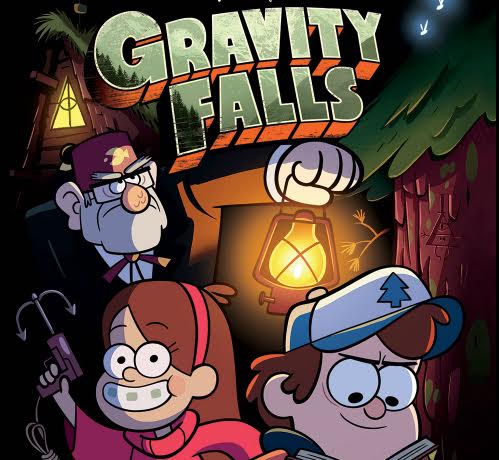 Gravity Falls is essentially Twin Peaks for kids. If you are unfamiliar with Twin Peaks, it was a show based around a small town where unusual and inexplicable supernatural phenomena continue to occur. Gravity Falls takes this premise and runs with wholeheartedly also mixing in healthy doses of X-Files and more fantasy based cliches drawn from all different sources.

Gravity Falls occurs in a small town in Oregon called…Gravity Falls. The main characters are twin siblings Dipper and Mabel who are visiting their Great Uncle Stan over the summer. Stan runs a curiosity shop/tourist trap called “The Mystery Shack”, a name entirely apropos for the town of Gravity Falls itself.

The twins are there for less than a day when they realize that Gravity Falls is a far from normal town. Gravity Falls is a place that is overrun with mysterious happenings and fantastical creatures including gnomes, unicorns, interdimensional apparitions, cults and a slew of other impossible oddities.

Dipper and Mabel spend their days trying to fit in with the town’s inhabitants while at the same time playing amateur sleuths in a town that is overflowing with mysteries waiting for be uncovered.

The production quality and the plot of the show is excellent, constantly driving forward a linear plot while keeping each episode self-contained and very entertaining. Disney did an amazing job with the casting as well pulling in some legitimate star talent with likes of Jason Ritter and Kristen Schaal playing Dipper and Mabel. 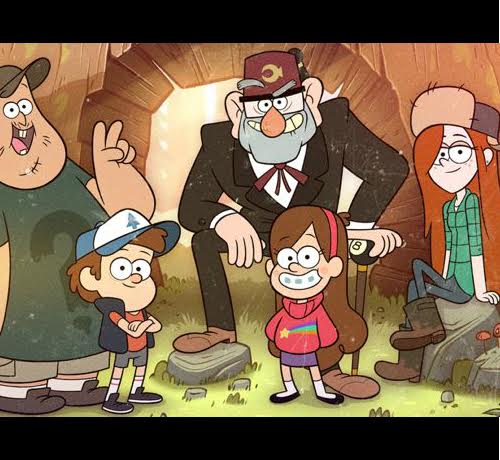 You know any show with this kind of talent pool, cartoon or not, is going to be of high quality and Gravity Falls does not fail to impress! 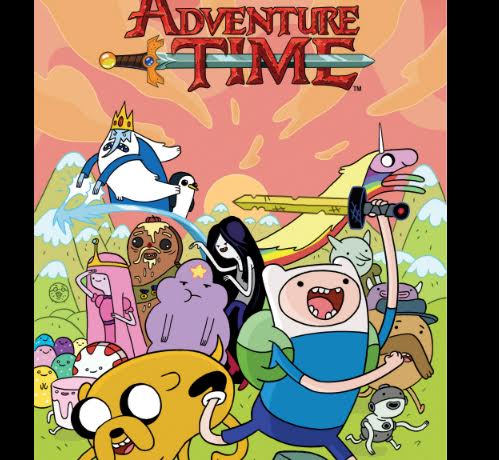 If you don’t know what Adventure Time is by now, then it probably isn’t for you. Adventure Time has exploded across all mediums over the past five years. Adventure Time has since evolved into a smattering of mobile games, board and card games, comic books, dolls, figures, clothing and everything else conceivably marketable for a smash hit franchise.

I really can’t say enough good things about Adventure Time. The show is simultaneously weirdly perfect and perfectly weird, and you’ll probably need to see some of it understand what I mean by that.

Adventure Time features the adventures (obviously) of a young boy named Finn and his magical Dog named Jake (voiced by the great Joe Dimaggio). They are heroes living in the world of “Ooo” (not a typo), a planet that divides itself into multiple magical kingdoms ruled by various princesses. (Candy Kingdom, Slime Kingdom, Fire Kingdom, Breakfast Kingdom, etc.)

Finn and Jake live in a massive and sprawling treehouse, and they spend their days venturing across Ooo in search of citizens in need of their heroic services or assisting the various princesses with tasks in their multitudinous kingdoms. 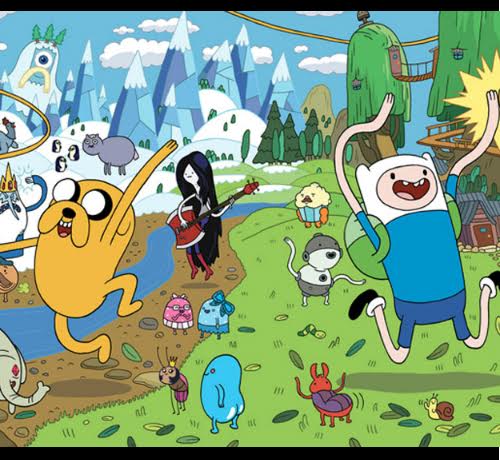 What separates Adventure Time from many other mainstream animated shows is not the esoteric weirdness of the show, but the fact that many of the episodes delve deeply into serious character relationships (love, marriage, children) as well as seeing the emotional trials and tribulations Finn experiences as a growing teen. It touches on some very real issues that could send empowering and encouraging messages to viewers of any age, all neatly wrapped up in a bright, fun, silly yet so engaging package.