Review – Kingsman: The Secret Service By Rachel Bellwoar   There are a lot of ways a spy story can begin. Mark Hamill redirecting his kidnappers from asking about Star...
by Rachel Bellwoar September 20, 2017 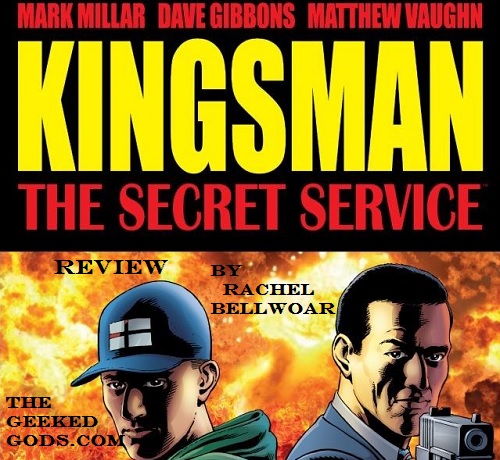 There are a lot of ways a spy story can begin. Mark Hamill redirecting his kidnappers from asking about Star Wars, so they can get to the business of why he’s being kidnapped, is a tremendous place to start.

Kingsman director, Matthew Vaughn, is credited as co-plotter of The Secret Service with writer, Mark Millar, but you quickly realize, reading the book, that a lot of changes were made for the film adaptation. Perhaps the biggest change comes in how the main character, Gary “Eggsy” Unwin, gets recruited as a gentleman spy. In the movie, Eggsy’s dad died during spy training, saving Colin Firth’s character’s life and leading him to keep an eye on his son. 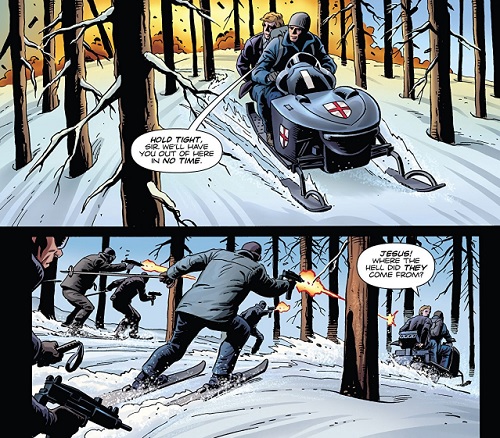 In the book, Jack London is Eggsy’s uncle, a renowned MI6 agent who knows what it’s like to try and raise your situation when nobody expects anything from you and your family doesn’t come from money. Arriving for his three-year training program, Eggsy is surrounded by young men and women who already own fancy suits and attend the best universities. While the film devises their schooling as a competition, where the best student gets to become a spy, The Secret Service takes spy education more traditionally. Some of Eggsy’s classmates will graduate, some will fail, but everybody has a chance to join the espionage ranks.

One benefit of removing the need for recruits to compete with each other is you don’t have such widely drawn antagonists, looking out for themselves and nobody else. Snobs, but unmemorable snobs, they spend the movie waiting for their comeuppance. Eggsy’s peers in the book are more cooperative. They acknowledge Eggsy is talented, but then they talk badly about him behind his back. They’re quiet about their prejudices, but that doesn’t mean they don’t have any, and those harbored doubts, after everything Eggsy has done to help them, will get under your skin more, and stick with you longer, than the names of his rivals in the movie. 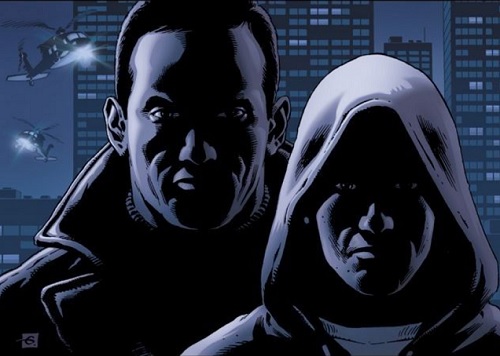 There’s something about the main villain being a nerd in the book that’s appealing, too, even if his alterations brought Samuel L. Jackson to the role on the big screen. Ensuring his favorite celebrities (Hamill) are safe, before enacting his plan to rescue the planet, is a very human reaction, and something the film loses, along with the chance to include some juicy cameos (Hamill appears in the movie but not as himself).

Dave Gibbons’ art brings action sequences to life. You’ll be watching events take place in the panel foreground, and realize Gibbons is setting up another conflict in the back. The response is immediate, as obstacles overlap, so characters can’t catch their breath and Gibbons’ rooms are three-dimensional. 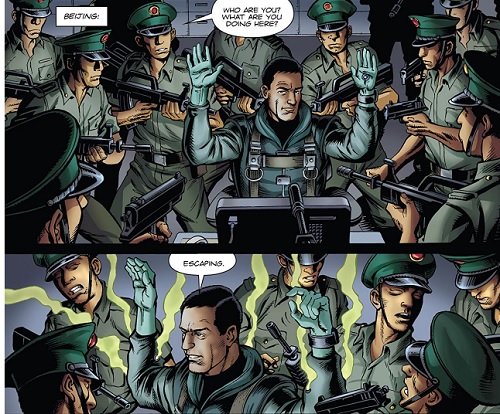 Angus Mckie’s colors can be impossibly soft (the English countryside), then intentionally pierce you with yellow during a car chase. His ability to illuminate cramped spaces, with little light or space to spare, keeps shadows at bay, so you can see faces, but maintains the fact that it’s dim.

Because Eggsy and London are related in the book (Eggsy’s mom is London’s sister), more time is spent in Eggsy’s hometown and on the difficulty of walking away from a life that’s familiar. You won’t want to walk away from this book, which I’d argue is better than the film franchise it launched.