10 Cosplays you see at every Comic Con By Michael Burgner Let’s talk about everybody’s favorite occasion to dress up and be somebody they’re not for a day. If...
by Former Writers October 6, 2016 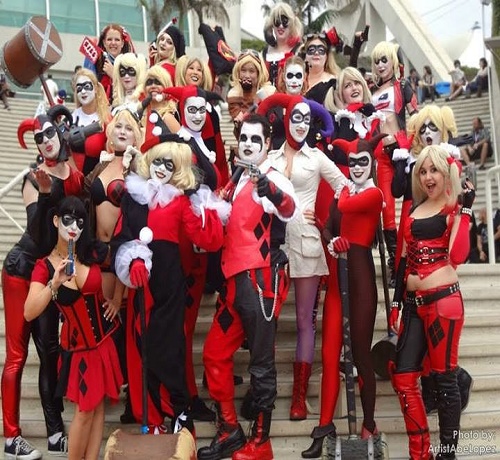 Let’s talk about everybody’s favorite occasion to dress up and be somebody they’re not for a day. If you think I’m talking about Halloween then WRONG this is about Comic Con!! Comic Con is all about the Cosplay, people get to be who they want to be and show their true selves whilst hiding under the guise of a favorite character. People represent all Fandoms whether it be mainstream ones like Doctor Who, Star Wars, or The Walking Dead or more niche ones like Full Metal Alchamist and Fallout 4. No matter what Comic Con you go to though there are always those standard costumes that you see everywhere. Even though there are hundreds and thousands of characters and universes to choose from inevitably there are at least a dozen other people dressed just like you. Here is a list of 10 of the most common Cosplays that you see at every Comic Con. 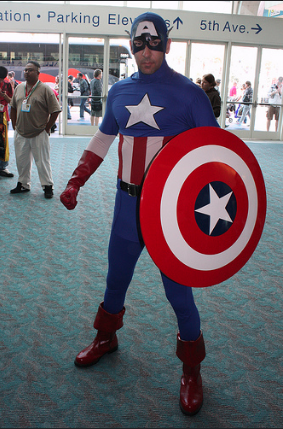 This costume has two purposes because let’s face it no one wearing it can look as good as Chris Evans. You wear this costume to try and show that even though you have a nerdy side you’re also masculine and kind hearted. The other reason is if you have nobody to go to comic con with, you can be sure that if you yell out Avengers Assemble! a team will be by your side in no time!. 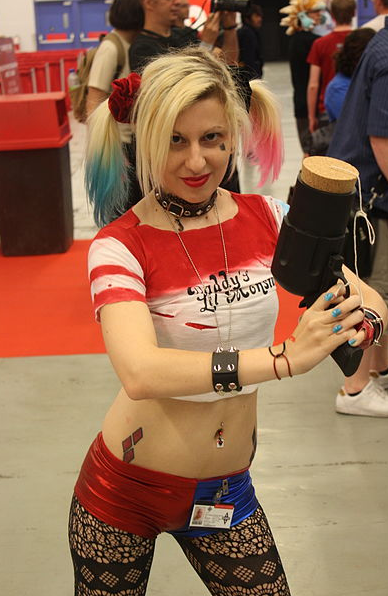 Ah yes the typical bad girl costume, never to be missed, can usually be found around a Batman or asking random men or women if they want to rev up their Harley. This costume represents freedom, freedom from the restraints of society, Harley is a girl who plays by her own rules and has men and women on their knees. 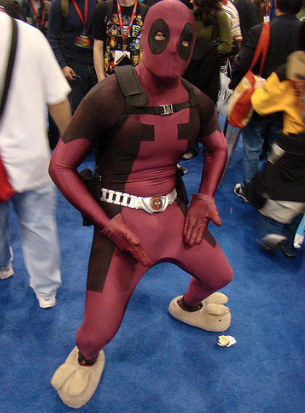 A more recent trend after the release of the Deadpool movie in early 2016 everybody wants to be the merc with the mouth. Deadpool is a costume for people who are snarky and want to hide their true selves. The whole personality screams defense mechanisms, this is a very safe costume for those new to the Con scene and don’t want to be recognized just yet. 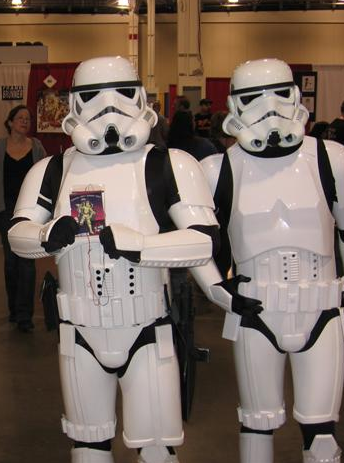 This one actually makes the most sense to see hundreds of since they’re servants to the Sith Lord Vader. They have no minds of their own, these are people who bought their costume and only peripherally are associated with nerdom choosing the simplest costume from arguably the most famed universe. Either that or they love to shoot things because blasters are awesome. 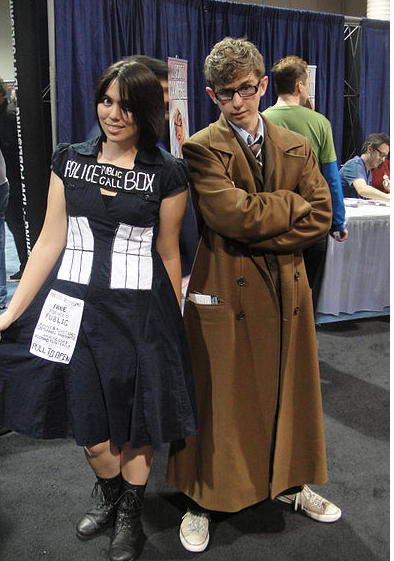 This includes any variation of the Tardis or any form of The Doctor. Which some can be spot on and others are just guys in trench coats(creepy or Comic Con?).  This costume represents adventure and the spirit that it takes to brave new challenges no matter what may come. Much like dressing up for Comic Con and the stress that can go into preparing your cosplay for the big day. 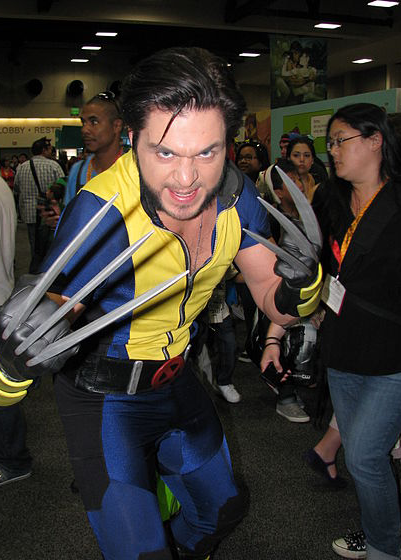 This one goes along the same vein as Captain America. Nobody can really live up to the hunk of man that is Hugh Jackman but many will attempt. Regardless of how accurate your cosplay is you will make friends because inevitably there will be the rest of the X-Men crew there Beast Boy, Mystique, Professor X. They’ll all be there you just have to find your team. 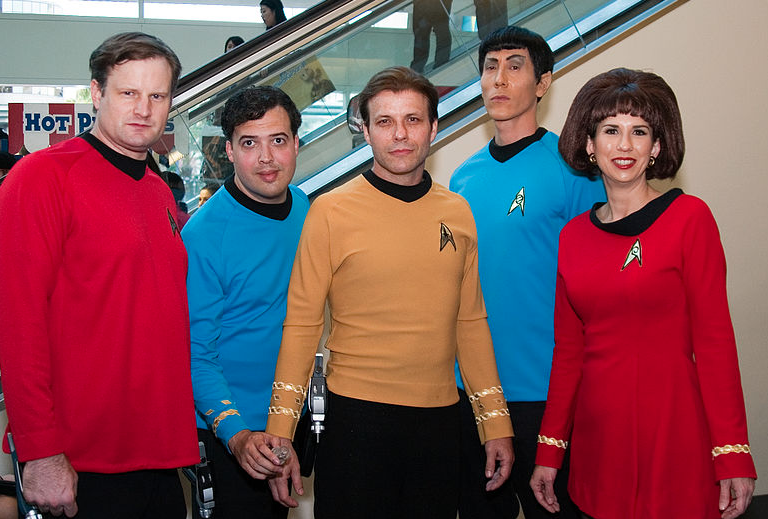 I will say that this group costume has two extremes. It can work particularly well when a group takes the effort to develop a whole crew that could man the Enterprise. Creating a Romulan with the horned face or Spock ears and even just the dedication to perfecting William Shatners voice. This is a costume that you can make stand out from the crowd of Starfleet plebians. The other extreme are people who only saw the recent movies and the costume is really just a shirt so they got it because they didn’t want to be the only people without a cosplay. 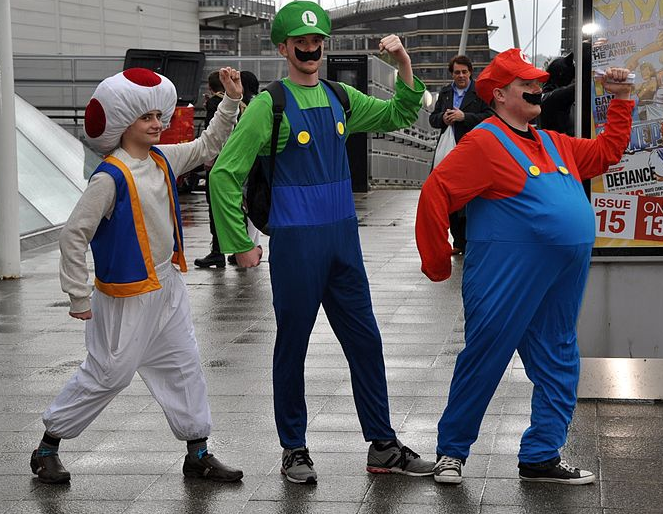 The biggest bromance cosplay ever. This is the costume you wear when you and your best buddy buy tickets to comic con and have grown up playing super Mario on the super Nintendo or NES. You’re hardcore smash players and even have the 3DS version. This costume is for people who know he role they play in life andwho they’re supposed to be. They aren’t heroes they’re plumbers.

There are many different ways to wear this costume, of course the most iconic characters are Ryu and Chun-Li but I’m going to include Cammy and Ken Masters in this set because let’s be honest the Street Fighter series is one of the most iconic fighting games in arcade history and it deserves to be recognized. 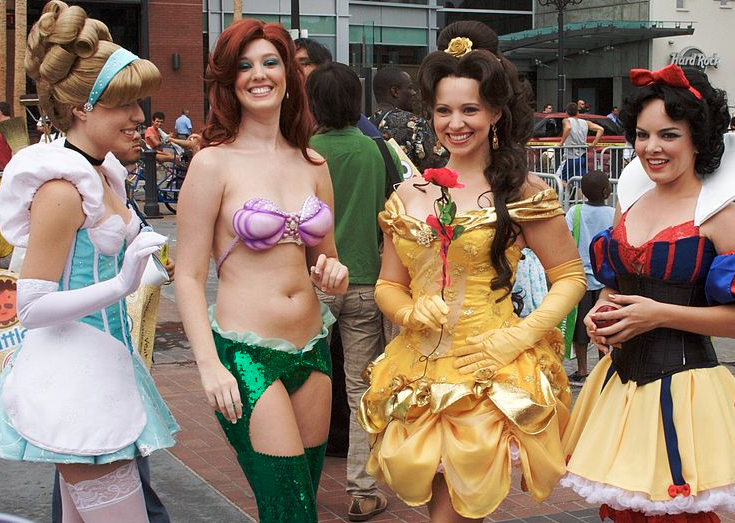 Yes I’m grouping this together but I think it’s fair considering that Disney has 11 princesses that all little girls grow up wanting to be. So it only makes sense that on the biggest dress up days of the year aside from Halloween you see swarms of princesses searching for their prince or looking to be sought after like a real princess. There are many types who gravitate towards this cosplay because each princess is her own character it is hard to say. I will say that if you wear a princess costume to Comic Con you’re probably someone who knows what they want.

Tell us about your run ins with these various fandoms and cosplays. Tell us if you’ve ever been a part of these cosplays, we want to know! Send us your Pictures!