The Best Stephen King Movie Adaptations With the Dark Tower getting mixed reviews and several Stephen King movies never reaching the critical and commercial heights of the Novels, it’s...
by Ashish August 7, 2017 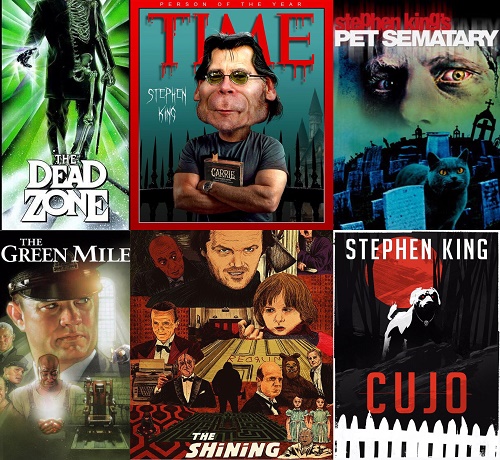 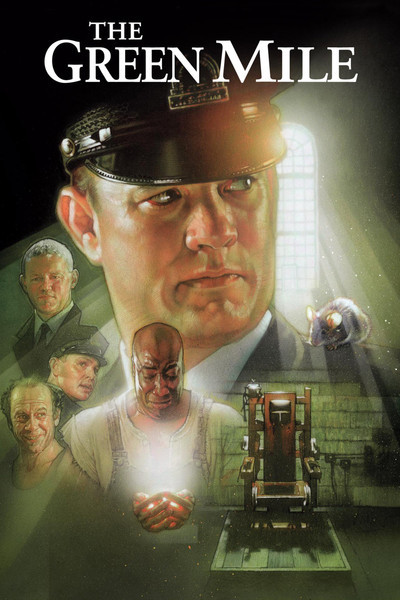 The Green Mile was published as six low priced novels telling the story of Death Row area of Cold Mountain Penitentiary nicknamed the Green Mile the story tells of the goings on at the prison. The main story looks at Paul Edgecombe’s meeting with John Coffey, a man with extraordinary abilities wrongfully convicted of killing and raping two girls. Even though John Coffey is innocent, he accepts the death sentence as he wants to escape the cruelty of the world.  The Movie stars Tom Hanks as Paul Edgecombe with Michael Clarke Duncan as John Coffey was popular grossed $130,000,000 at the box office. One of two Stephen King based films directed by Frank Darabont. Still considered one of the best Stephen King Movie Adaptations. 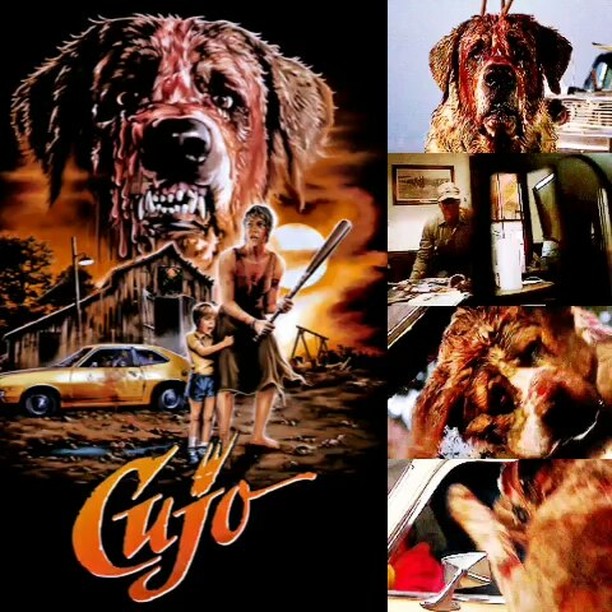 Stephen Kings novel of a rabid dog terrorizing a family in Castle Rock Maine was a terrifying book turned into a horror movie classic.

“Cujo was a good dog who always tried to keep his owners happy, but the ravage of rabies drove him to violence.”

Cujo is a Horror Movie Classic, Donna Trenton (Dee Wallace) and her young son Tad (Danny Pintauro) are trapped for three days in a hot car while a rabid St. Bernard named Cujo lies outside waiting to attack them. Unlike the book, you don’t know if Tad survives or dies.

This movie scared me to the point that I couldn’t watch the Beethoven series. This movie still scares me to this day no St. Bernards, even if they have hot chocolate around their necks. 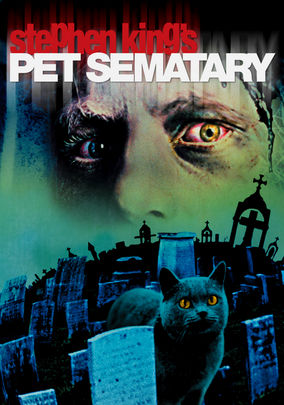 A man Louis moves his family Wife Rachel and kids Ellie and Gage into a house near a cemetery when he takes a job as Medical Director at the University of Maine. In the course of event’s Rachel’s  Cat dies and Louis doesn’t want to tell his family. The neighbor Jud tells Louis to bury the cat in the Pet Cemetary. After burying the Cat in the cemetery, the Cat comes back to life evil. In the course of events, a speeding truck kills Gage. In Louis’s grief, he Bury’s Gage at the Pet cemetery… surprise Gage comes back evil. Gage kills his mother and Jud and the evil cat. Louis knowing this was wrong kills Gage with a lethal injection and tries to bring back his Wife which is where the novel ends.

Pet Sematary is considered to be another horror classic and that kid Gage gives me the creeps.

A  man wakes from his coma to find that he has Precognition and clairvoyant abilities. After seeing a few futures and preventing events from taking place attends a rally and sees a future president causing a nuclear fallout destroying the world. In the end, he races to prevent the man from becoming president sacrificing himself and succeeding in preventing the man from becoming President.

The Novel was later adapted into a popular Television series. 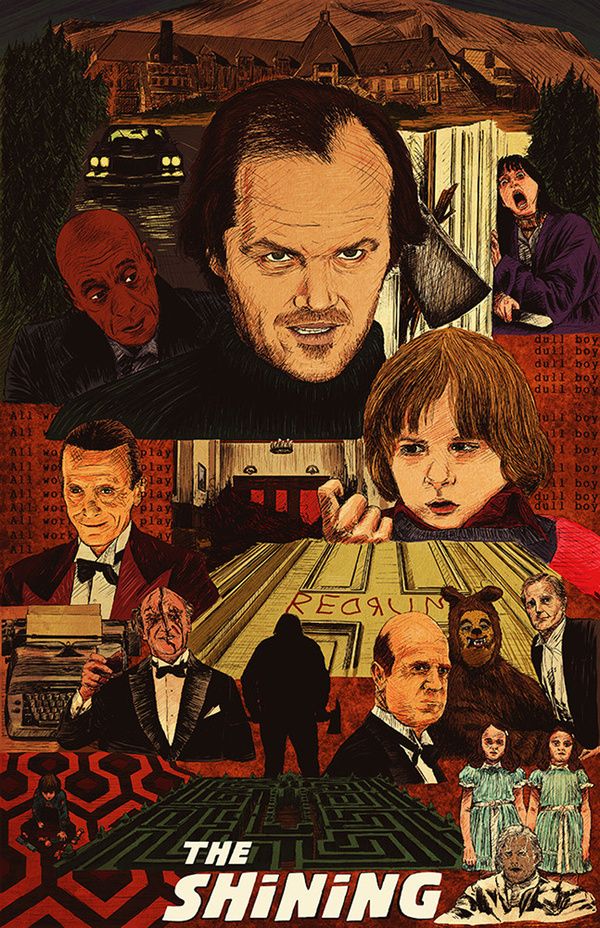 The Shining stars Jack Nicholson as Jack Torrance, an aspiring writer and recovering alcoholic who accepts a position as the off-season caretaker of the historic Overlook Hotel in the Colorado Rockies. His family accompanies him on this job, including his young son Danny Torrance (Danny Lloyd), who possesses “the shining,” an array of psychic abilities that allow Danny to see the hotel’s horrific past. After a winter storm leaves them snowbound, supernatural forces are inhabiting the hotel influence Jack’s sanity, leaving his wife (Shelley Duvall) and son in incredible danger.

“I think ‘The Shining’ is a beautiful film and it looks terrific, and as I’ve said before, it’s like a big, beautiful Cadillac with no engine inside it. In that sense, when it opened, a lot of the reviews weren’t very favorable, and I was one of those reviewers. I kept my mouth shut at the time, but I didn’t care for it much,” King said.

Even with Stephen Kings, Criticism Jack Nicholson’s performance in the Shining is phenomenal and terrifying.

Its been spoofed by the Simpsons and used in other media

It is considered a horror classic.

So that’s 6-10 of the best Stephen King movie adaptations. Some great movies on the list but the best is yet to come tomorrow…. 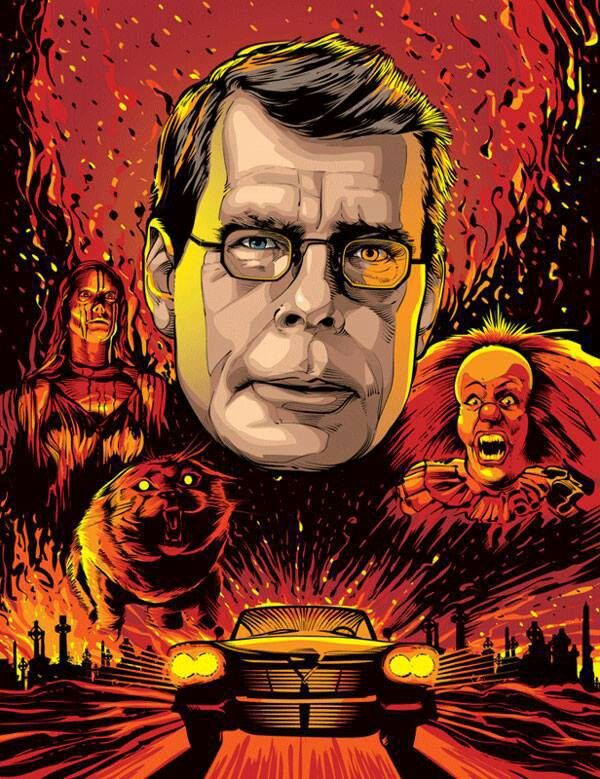